Kingston: The Capital of Hip

The mouth of the Mississippi is bilingual. Its jewel, New Orleans, stirs the gumbo pot of ancestry and cuisine to the rhythms of jazz and zydeco. They call it the Big Easy—because anything goes. It’s a marvelously complex culture, and it’s never too early to start drinking, although there is one sacred rule: you may not drink from a container–made of open glass–on Sunday–at noon–in front of a church–naked.

At Pirate’s Alley Café the absinthe flows. Mesmerized by street performers, we sip sazeracs, snack on warm beignets, and zigzag in and out of French Quarter saloons along cobbled streets, half expecting an Interview With A Vampire. Beaded necklaces are tossed from the terraces above, and the cacophony of musicians, stretching the sounds of their instruments with soul and celebration, is ubiquitous.

“Why is it this constant celebration?” I ask my guide—a grandmotherly figure carrying a flask big enough for a whole fraternity. “Because we don’t have to eat British food!” she cheers. The roots of Louisiana are French Canadian, and the port was jostled between France and Spain, but after fortuitous diplomacy the Americans sealed the purchase of the vast territory, only to nearly lose it to the Brits in the War of 1812. Apparently the victory lap continues. 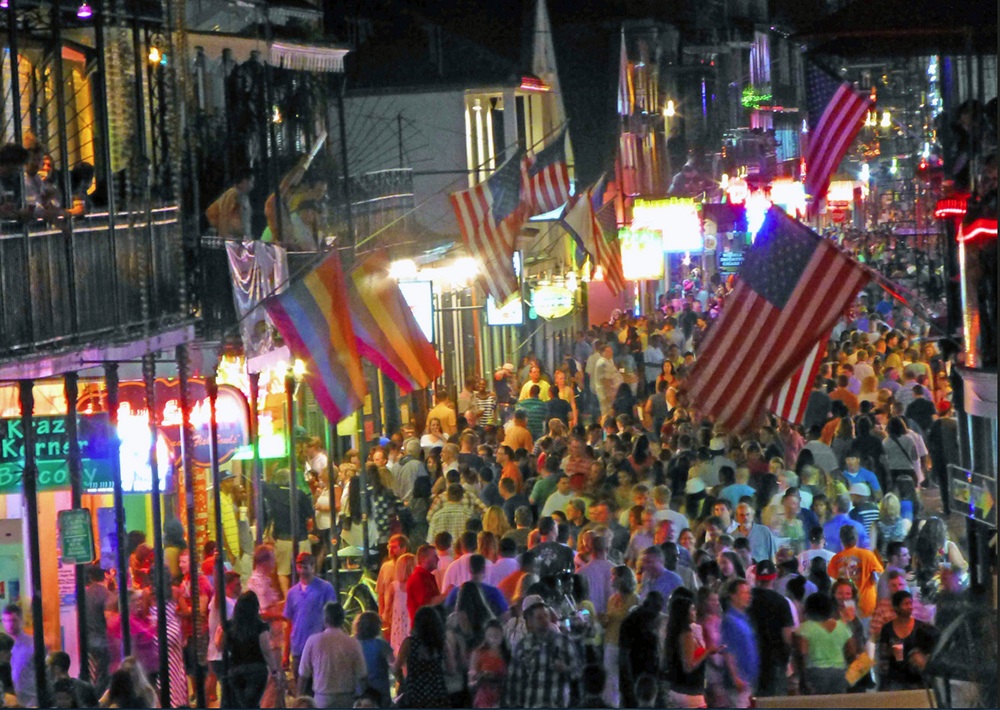 Bourbon Street is for drinking, St. Peter Street is for eating, and Frenchman Street has some of the best live music anywhere. It’s a joyful milieu of 24/7 food and music. Chefs harmonize European techniques with bayou traditions and, like culinary jazz, create hearty Creole and Cajun dishes. At The Court of Two Sisters, the daily jazz brunch, served in the French Quarter’s largest courtyard, offers us more than eighty different Louisianan dishes like turtle soup au sherry and gulf shrimp in spicy etouffee to Mardi Gras King Cake. K Paul’s Louisiana Kitchen is home to Chef Paul Prudhomme’s cuisine—the popular face of Cajun cooking. Here the star dishes shine. Drum fish, firm and meaty, is seasoned and blackened crisp in a cast iron skillet, while jambalaya, Louisiana’s answer to paella, is amply textured with chicken, sausage and peppers, and simmered in a rich piquant sauce. Dessert is a must, as we sink into a luscious and creamy sweet potato pecan pie. The bacon-wrapped gulf shrimp and stone-ground yellow grits with red eye gravy at Mr. B’s Bistro is sweet and smoky comfort. A restaurant is more than just dinner—its homophonic root is “restore”—asserts JoAnn Clevenger of Upperline Restaurant. As we pass sliding cypress doors and local art, a sampling of southern hospitality and classic dishes await us. Savoury Creole duck and andouille gumbo, and crunchy fried green tomatoes with tangy shrimp remoulade, are followed by tender slow roasted duckling accented with zesty ginger peach sauce.

“The Jewel of America’s Grand Avenues” is St. Charles Avenue where elegant manors reflect 19th century grandeur. Along with the neighbouring Garden District of Italianate style homes, an afternoon stroll here makes us feel like we have left the United States and are lost somewhere in Europe. From opulence to hallowed ground, we venture into the spooky cemeteries of vaulted tombs from the Lafayette to St. Louis Cemetery—eternal home of voodoo priestesses. 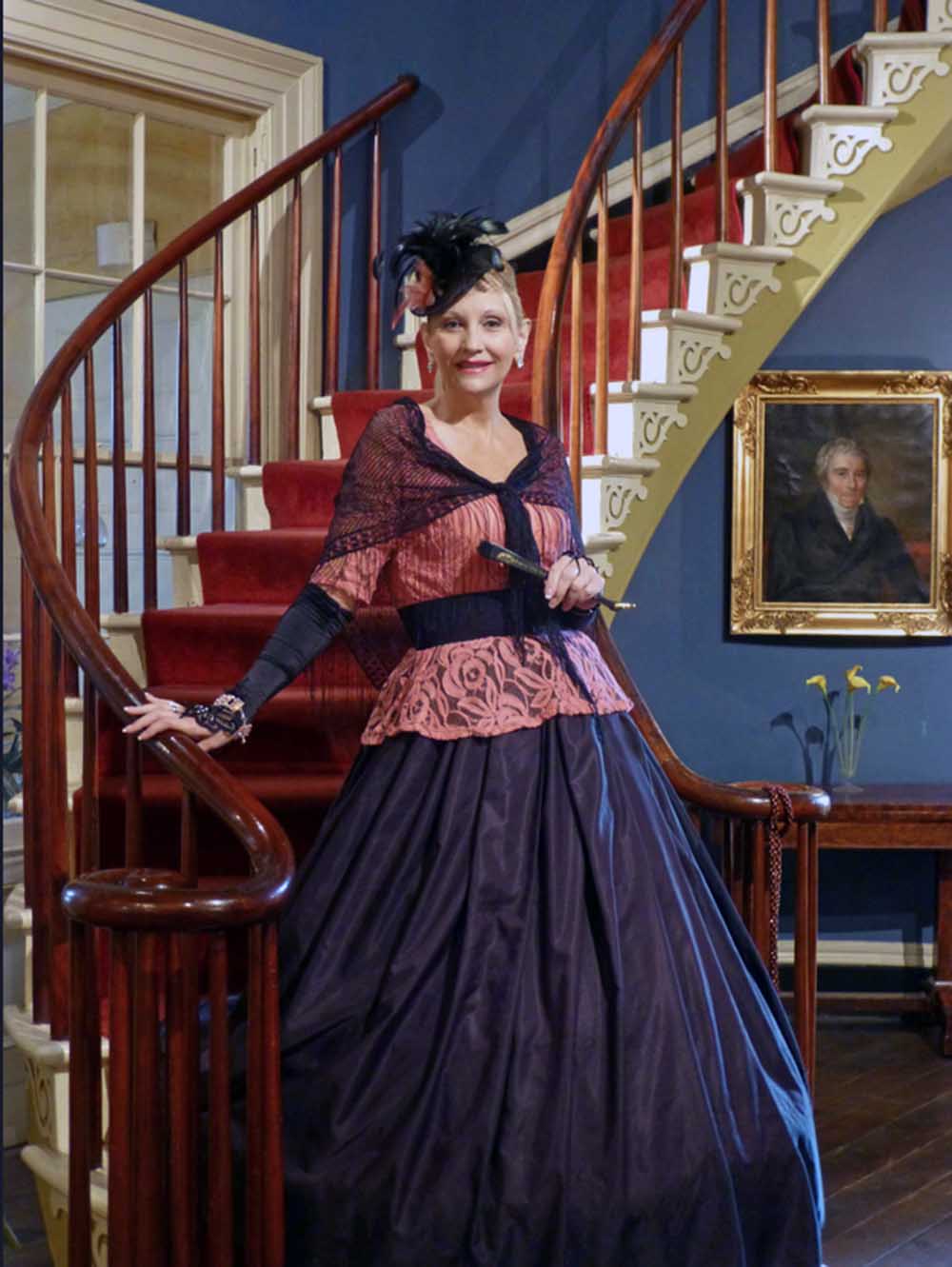 There’s no limit to the nooks and crannies of New Orleans, but beyond the city limit is another very different world. Further up the river lies Plantation Row where the classic antebellum architecture of Oak Alley Plantation is framed by massive oak trees, hundreds of years old that could tell the stories of another time.

Houmas House, a grand 18th century estate, was the largest sugar plantation in the south, producing twenty million pounds of sugarcane and molasses per year. Antiques and artwork display the splendour of this “Sugar Palace”. “The reason we’ve got such big doors is because we’ve got such big dresses”, our guide tells us as we step out to the veranda. Strolling the lush floral garden paths around ponds and fountains, Spanish moss and oak trees reveal such character like on a Hollywood movie set. The largest remaining plantation is Nottoway Plantation. Tall winged doorframes allow heat to rise, while transoms keep the cool air flowing. The state charged taxes by the door, so grand windows were built in their place. Here we sip ginger mint juleps and dine on grouper and Louisiana lump crab.

In the heart of Cajun country we reach the Atchafalaya Basin. “We’re very proud of our French heritage” shares Curtis Allemond of McGee’s Landing. We set off on his boat past Cyprus, Black Willow and stilt houses into the quiet of twenty thousand acres of swamp. This is prime locale for alligator hunting. 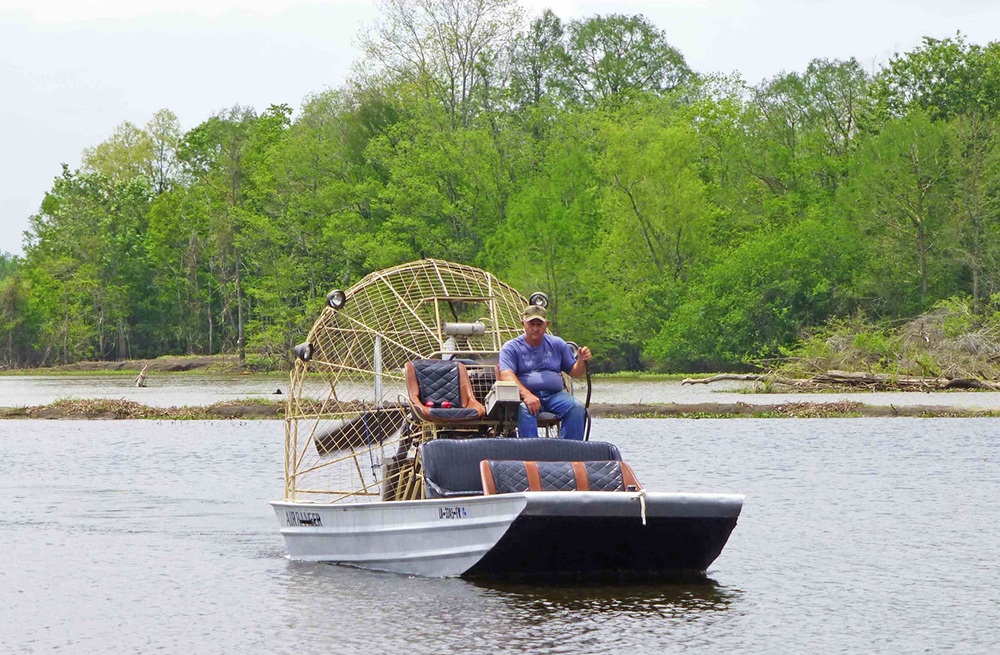 Heading northwest we reach Shreveport, the birthplace of Leadbelly, Jerry Lee Louis, and where it was first announced, “Elvis has left the building”. The Shreveport Municipal Memorial Auditorium, home of the Louisiana Hayride, was the first desegregated theater in the south; one of the most important musical venues for countless legendary performers; a standing memorial to the military; and haunted.

It is legal to purchase large alcoholic beverages at drive-through windows of daiquiri shacks. We opt for one Barack Obama and one Pimp Juice. These daiquiris are legal because they come taped with a lid and straw. It is not legal to open them. We’re supposed to wait until we get home.

Eating in Shreveport is a guilty pleasure. Strawn’s Eat Shop—not to be confused with Strawn’s Too or Strawn’s Also—serves up the best chicken fried steak, grits, biscuits and gravy, and ice box pie—for breakfast! The strawberry pie is not baked; it is mixed and frozen. At Herby-K’s we snack on pesto crab claws, fried pickles, oysters and beer. The real talk of the town is the Asian Cajun, Duc Duong, at Kim’s Seafood & Po-Boy. Here we order a 10lb bucket of boiled spicy crawfish with potatoes and corn, and a side of overstuffed shrimp po-boy sandwiches. They shell out between 500 and 1500 pounds of crawfish each day. How to eat it? Pinch the tail and suck the head. Breaded in cornmeal, the fried catfish, alligator, and frog legs pack a real crunch. 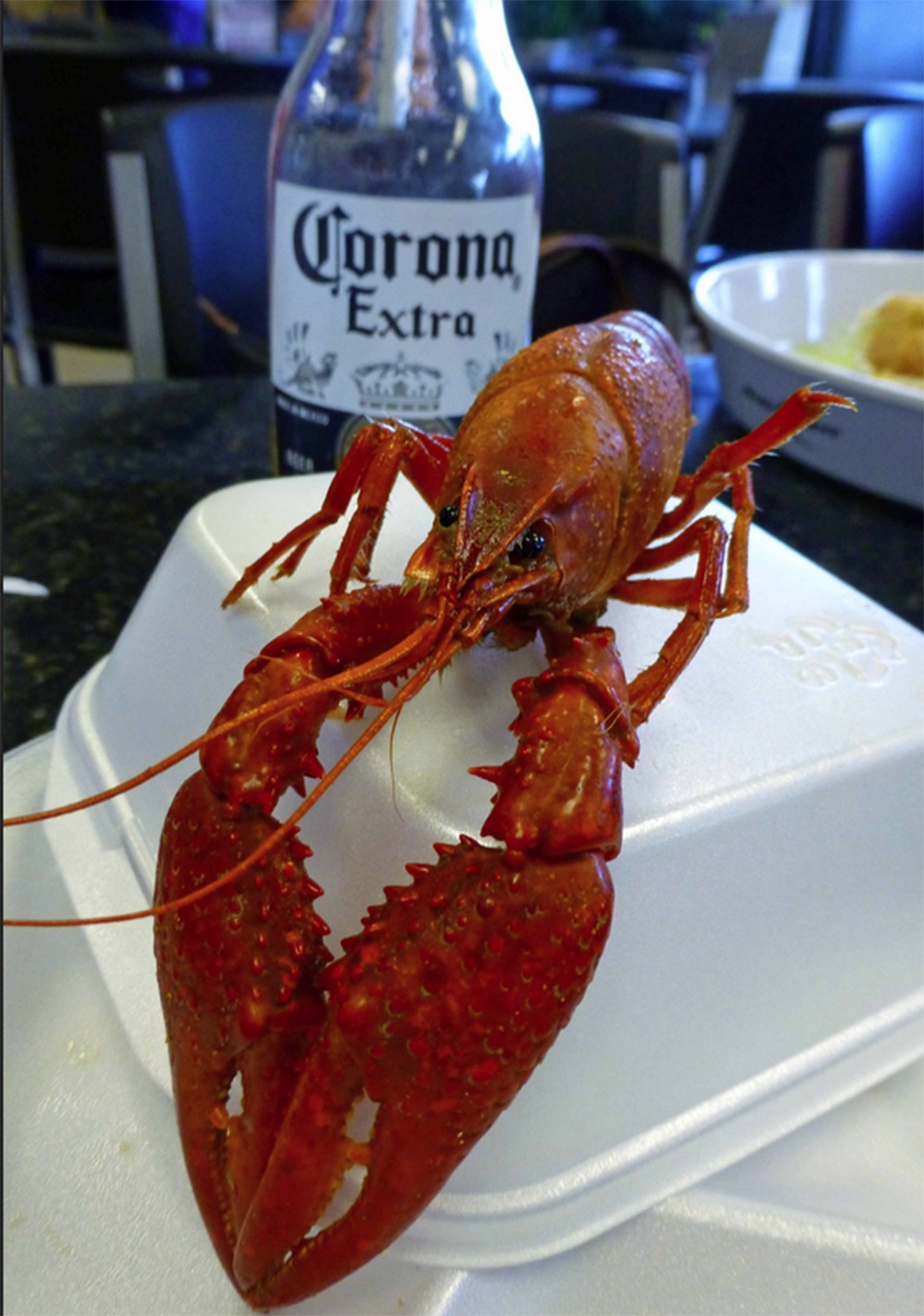 En route to Baton Rouge along a dirt side road, the sun is beaming. A crackle comes on the radio as the opening chords to that old Louisiana state song, one of the most popular songs in the world, begin to play: “You are my sunshine, my only sunshine, you make me happy when skies are grey, you’ll never know dear how much I love you, please don’t take my sunshine away…”

Kingston: The Capital of Hip