Oasis of Tranquility in Bustling Tokyo

Vaulted tombs, coloured beads, Sazeracs and trombones race through my mind as I wind through Louisiana toward The Big Easy. “We’re not as naughty as you might think,” a local once told me. “We’ve got almost as many churches as we have bars.” New Orleans is a Crayola box of sights, sounds and tastes bursting around every corner and at any moment. The highway, the river and the train tracks that fed the Delta blues and the Memphis soul began at the port of New Orleans. Here, African rhythms and European harmonies coalesced into an extraordinary cultural tapestry of instrumentation and gastronomy.

Jazz was born in New Orleans. As a French colony, Louisiana enforced its own code noir: slaves were to speak French and be baptized Catholic. In order to practice Catholicism, they had to have Sundays off. After church, many would gather in Congo Square adjacent to the French Quarter. Slaves from different tribes would bring with them their own musical traditions. Different styles of drumming, singing and dancing led to serendipitous improvisations where “call and response” interplays developed. Added to the mix were French, Spanish and American instruments along with harmonic hymns from the church. What emerged was an organic gumbo of musical traditions that gave rise to diverse artists from Louis Armstrong to Jerry Lee Louis and Leadbelly to Buddy Guy. 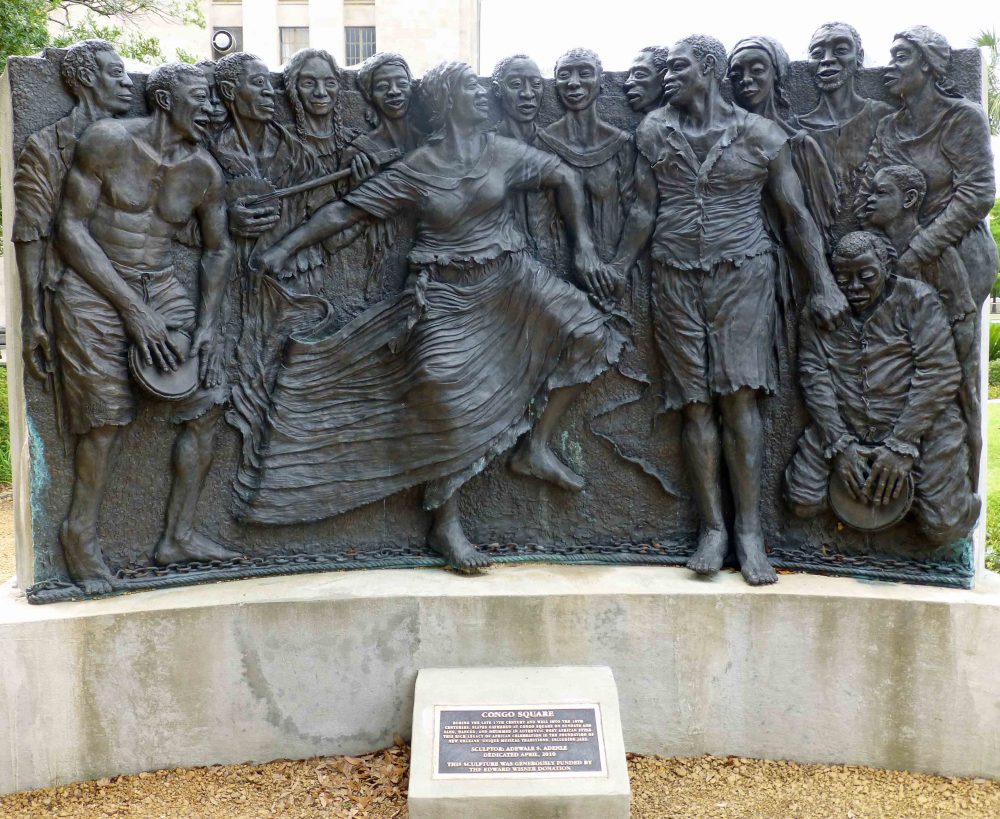 Across from Congo Square is the Voodoo Spiritual Temple, where Priestess Miriam illuminates the impact of West African voodoo on the evolution of New Orleans. “It can be found in the way we protect ourselves and in the way we worship,” she tells me. Asking her for a definition of voodoo is as straightforward as asking someone for a definition of jazz. Voodoo secret societies have become part of the folklore of Mardi Gras, and voodoo is an ingredient in the development of the cultural mosaic that exists here.

Jelly Roll Morton called New Orleans “the cradle of jazz,” and today, the panoply of musical styles that has evolved from it is ubiquitous. Entering the French Quarter, we pass a brass band marching in the street; and buskers and bluesmen with their sacred guitars. Walking along Bourbon Street with our to-go cocktails, we are showered with beaded necklaces from the balconies above. An ear-gasmic community of sounds pours out of the bars, morphing from ragtime to rock ’n’ roll. Seated in the historic Preservation Hall, we are entranced by brass torchbearers who transport us into a euphonic escape. Our horse and carriage wait outside Lafitte’s Blacksmith Shop Bar as we sidle up for some absinthe by the piano. Built in the early 1700s, and lit only by candles, it’s a setting out of an Anne Rice novel. On Frenchmen Street, we weave in and out of clubs like Snug Harbor and The Spotted Cat, each sharing their love and pride of jazz from Gypsy to Zydeco and everything in between. Sunday morning at the Franklin Avenue Baptist Church, we are rapt by a rousing sermon followed by a choir that envelopes us in waves of mellifluous soul, led by a voice reminiscent of Mahalia Jackson. The depth and power of emotion in their collective voice is overwhelming. 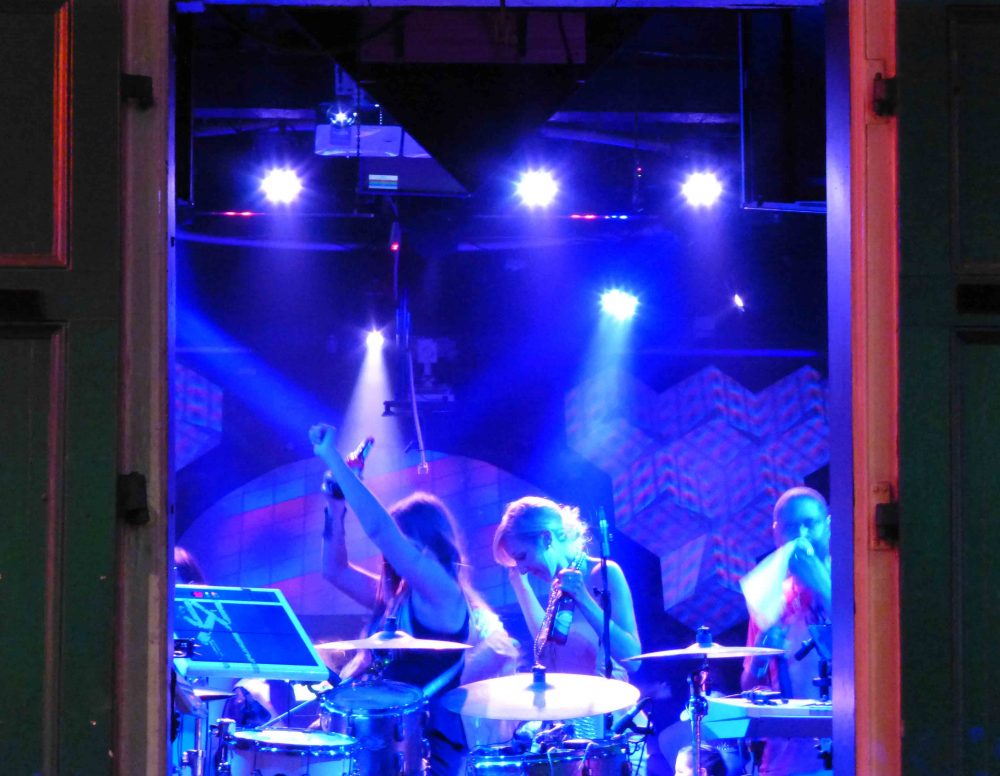 So many dishes, from étouffée and roulade to oysters Rockefeller; desserts from beignets to bananas Foster; and a greater contribution of cocktails than anywhere else in the world, all originated in New Orleans. At The Court of The Two Sisters, the largest courtyard in the French Quarter, the daily live jazz brunch buffet showcases the range of Louisianan cuisine—and we need to taste it all. Leisurely sipping mimosas in the shade, we sample duck l’orange and listen to a Dixieland band.

Checking into southern comfort and hospitality at Harrah’s Hotel and Casino just outside the French Quarter, there is an air of anticipation and excitement. We dine at the local favourites, like Chef John Besh’s August Restaurant for crawfish and crisp lamb belly with curry and sugar cane, and meaty pan-seared local trout topped with shrimp and marcona almonds. K-Paul’s Louisiana Kitchen offers Cajun-spiced, crisp and blackened drum fish topped with lump crab, and a luscious and creamy sweet-potato-pecan pie. The original seven nations that make up Creole—Native American, French, Spanish, African, German, English and Italian—are showcased at Chef John Folse’s R’Evolution. Espresso-crusted venison carpaccio with black walnuts and shaved dark chocolate, corn-and-crab cappuccino with black truffle and popcorn, and molasses-lacquered duck with foie gras foam, punctuate the menu. 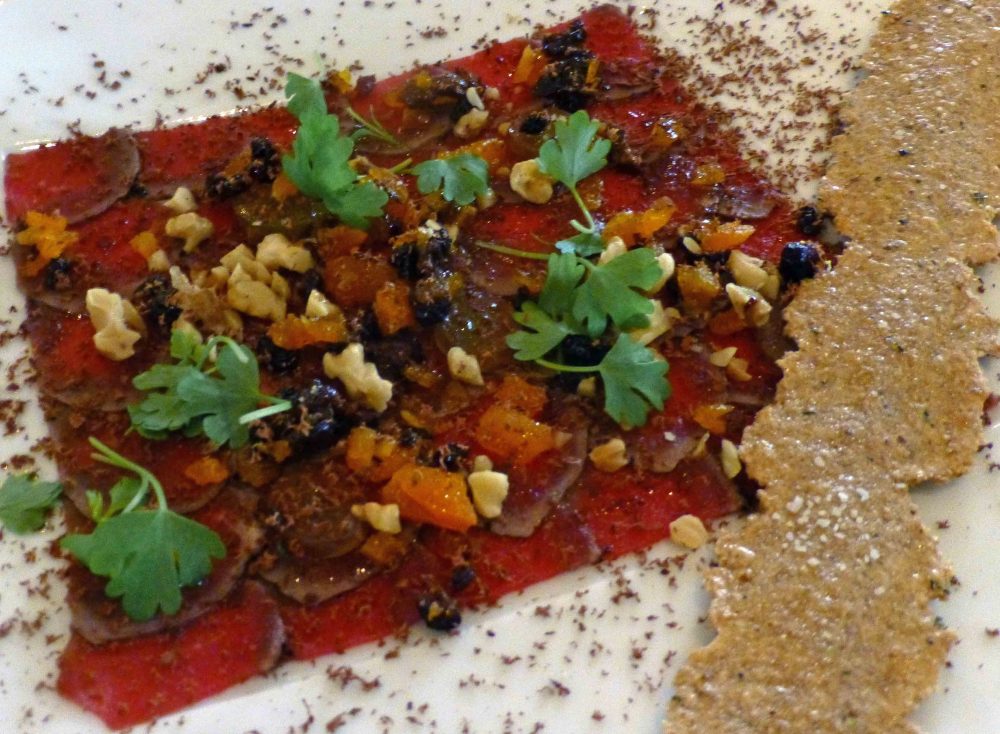 Why is New Orleans so uniquely rich with music and food? Chef Folse, a world-renowned restaurateur and authority on Cajun and Creole cuisines, describes Louisiana as similar to Europe—made up of small countries with different people, lifestyles, ingredients and cuisines. He asserts that separation and isolation in the early years of migrating into the countryside enabled villages to cultivate and maintain strong traditions. “The first thing to come out was the music to entertain them,” he tells me. “Folks would sit out on the porch and play their instruments.” As villages overlapped, they could introduce new instruments into their style. There is fierce pride and determination to keep the culture strong, and yet, musicians love to share, observes Folse. “Louisianans love to maintain their continuity of culture through music, food, storytelling, and handing down traditions.” The music is not merely learned in school, “but by a child sitting on a wash bucket outside a meat market with four or five of the greatest fiddle and accordion players in the world.”

The opposite of a nightcap is an eye opener. On our morning stroll through flea markets and the French Market with our giant frozen daiquiris, we devour alligator sausage po boys, crawfish pie, freshly shucked oysters, colossal gulf shrimp and crunchy fried pickles. Food and music tours begin outside the Jazz Park Visitor’s Centre along the floodwall in Dutch Alley; and a short walk from Jackson Square leads us to the New Orleans School of Cooking, where we learn the differences between Cajun and Creole, and make our own roux. 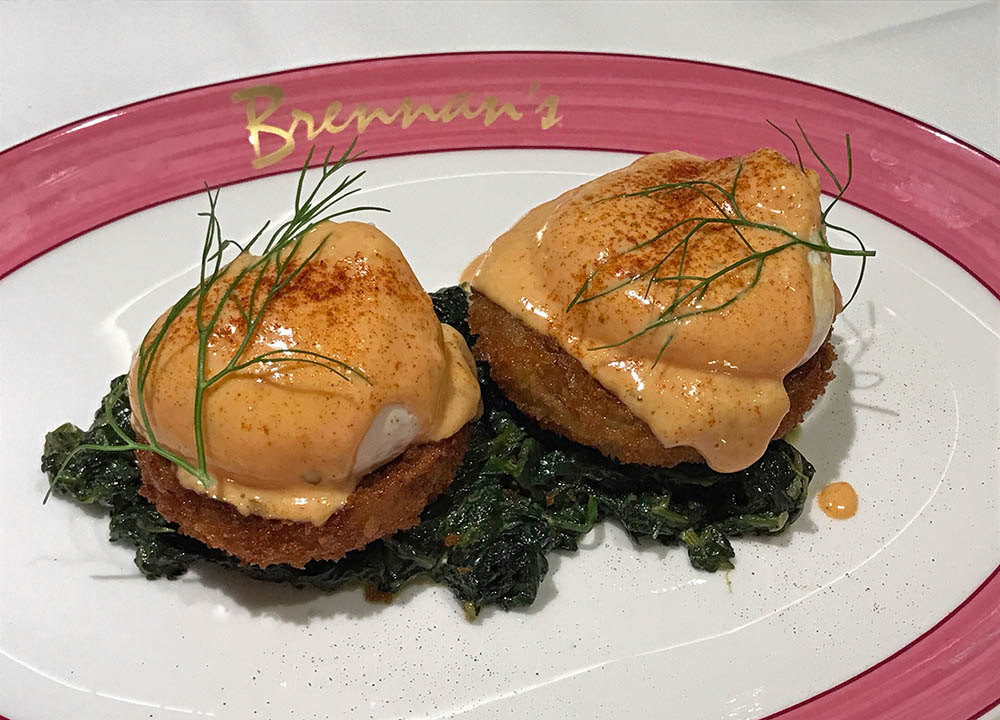 Pick any week of the year and there is some great music or gastronomy festival going on—the celebrations are endless, and everyone is intent on having a good time. There is an intoxicating allure of the voodoo and the vibe, from the sax to the fiddle, and the bayous to the bars. New Orleans, the jewel of the Republic, is determined to shine with the luster of all its eclectic traditions.

Oasis of Tranquility in Bustling Tokyo