Louisiana is unique in the American south. Many flags have flown over its capital, from French, Spanish and British to Confederate and American, but at its heart is the fleur-de-lis.

Yet, it’s not the flags that bring us here; it’s the culture of food and music. What distinguishes Louisiana Creole from Cajun has been blurred over time, but we can feel it walking through the Garden District of New Orleans, admiring the grand Greek Revival and Italianate homes lined with Live Oak, Magnolias and Crepe Myrtles; and dancing to Zydeco at a honky tonk in Lafayette.

…at its core, is basically soul food: fresh and wild meats, seasoned but not spicy, along with the German influence of sausages, rice and gravy. Cajun cuisine, exported to the world from New Orleans in the 1980s, is not what we find in Cajun homes of Acadiana. It’s not merely blackening or frying, but traditional methods of preserving like smoking, salting and brining, and whatever can be boiled or stewed in one pot over an open hearth.

Bourgeois Meat Market in Thibodaux sells whole pigs for roasting. I sample meaty boudin burritos, and must-try-before-you-die Cajun beef jerky. These strips of seasoned steak are marinated for 24 hours, and smoked in a wooden smokehouse all day to addictive smoky and savoury heights. I understand how they can sell 1,000 pounds of it every week. It’s shipped all over the world. My care package is in the mail. Johnson’s Boucanière in Lafayette sells chicken and sausage gumbo by the gallon. I need a taste. Garlic sausages and tangy in-house smoked brisket are lip-smacking goodness. I’m quenched by a sweet bottle of Swamp Pop Praline Cream Ale. 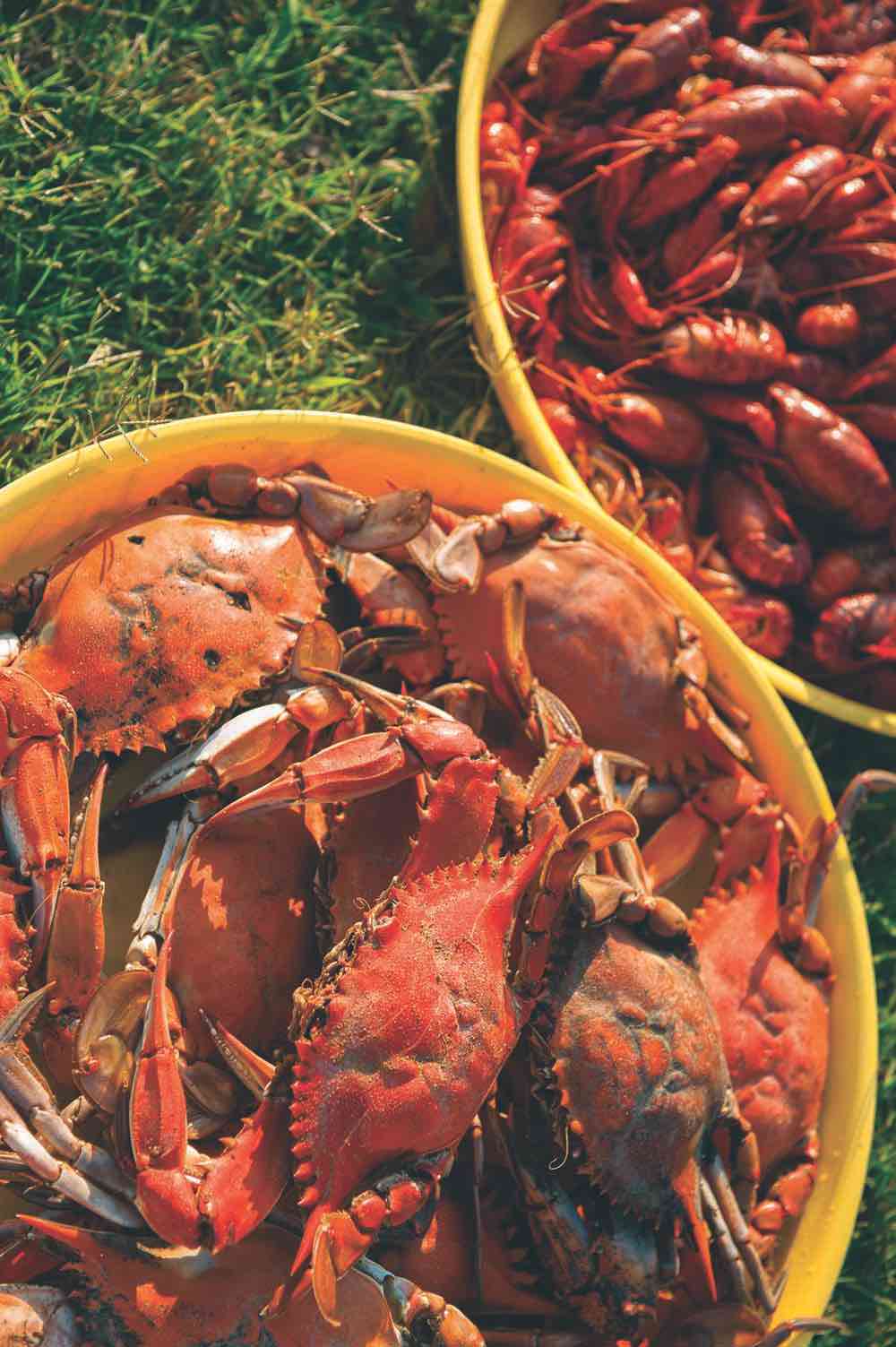 Surrounded by George Rodrigue’s Blue Dog paintings at the Blue Dog Café, a feast of fried oysters, stuffed crab, stuffed shrimp, catfish and crawfish is set before me. I devour it. Avery Island is a short drive from here. It’s been the home of Tabasco since 1868. Those iconic bottles enliven every dinner table and every dish.

Cajun culture is not something we can readily see, it has to be tasted and heard, to be felt and understood. It’s in the sounds of the accordion, popularized by German immigrants; and in the guitar and the fiddle brought by the Acadians. Traditional Cajun music keeps time with a triangle, has a waltz feel and is always sung in French. Zydeco has a blues influence and a washboard, drops the fiddle and can be sung in English. At Martin Accordions in Lafayette I pick up a beautiful customized diatonic accordion made from curly maple wood, with a tremolo similar to a Hammond B3 organ. Joel Martin shows me how he pushes and pulls a horn section in a box, unfurling a rich gravy of harmonic sound. On the back porch of Blue Moon, the popular Zydeco band Wayne Singleton & Same Ol’ 2 Step reinvents songs from Lionel Richie to the Grateful Dead with passion and pride. Singleton’s accordion is like his second set of lungs. We’re all dancing. The up-tempo harmonies are infectious.

The original name for the Acadian settlement, Vermilionville, is now a replica town along the banks of the bayou. Acadian homes show kitchens built separate from houses to reduce heat and prevent fires. Here, we learn about daily life and the Canadian connection. 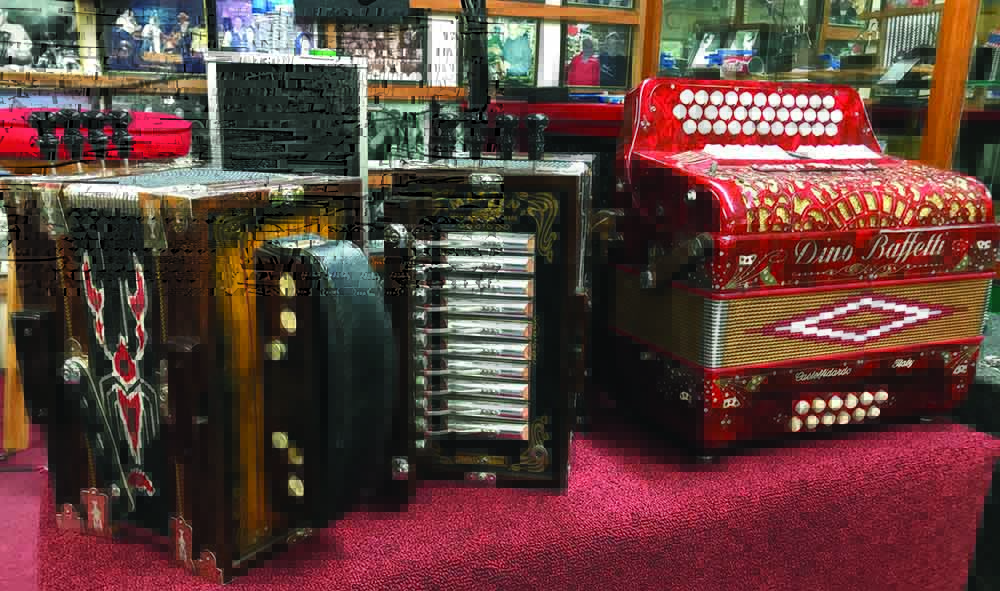 Nova Scotia is established by France in 1604 as L’Acadie, and transferred to England in 1713. The British ultimately perceive the Acadians as a threat to authority. In 1755 they launch the Grande Dérangement from Nova Scotia, New Brunswick and PEI, deporting tens of thousands of settlers, over half of whom die at sea. Only 3,000 Acadians arrive at the port of New Orleans. 150 years of separation from France makes their language and lifestyle distinct—even from the French Canadians who are already established there. They cannot re-assimilate, and so continue their journey further inland along the Vermilion River where they adapt to a new and isolated life in the region now known as Acadiana. “Lâche pas la patate!” They encourage each other; (literally: don’t drop the potato) “Don’t give up easily!”

Cajun French is reminiscent of an old French dialect, while Creole French incorporates vocabulary and grammar from West Africa. When English education becomes mandatory in the 1920s, all French speakers are forced to speak English. Consequently there are misconceptions around those who identify as Creole or Cajun and their connections to the French language in which they’re born. Apart from a few distinctions, cuisines, too, are identified as both Cajun and Creole, defying classification.

The French Canadian connection to New Orleans predates the Acadians by more than 100 years. As fur trapping extends down the Mississippi river, the journey home becomes prohibitive. Two brothers from Montreal, Bienville and Iberville, learn from the natives that the river empties into the ocean. France commissions them to set up ports in what would become Mobile, Alabama, Biloxi, Mississippi and Baton Rouge, Louisiana, for shipping directly to Europe. Bienville establishes La Nouvelle-Orléans as the capital in the area now known as the French Quarter. It becomes the melting pot for French speaking groups from France, French Canada, West Africa and the Caribbean, as well as Native Americans. Those who are born in Louisiana are Roman Catholic, and are French-, Creole- or Spanish-speaking, are called Creole, meaning “native to the colony.” Until the Civil War, those characteristics comprise a national identity that sets them apart from the Americans. As a Latin-based identity, “Creole” is about language and culture. For Anglo-Saxons, identity is about race and ethnicity. After the Civil War, Creoles are Americanized into ethno-racial identities. White Creoles become American, Creoles of colour become flag bearers for Creoleness, and Acadians become Cajun. 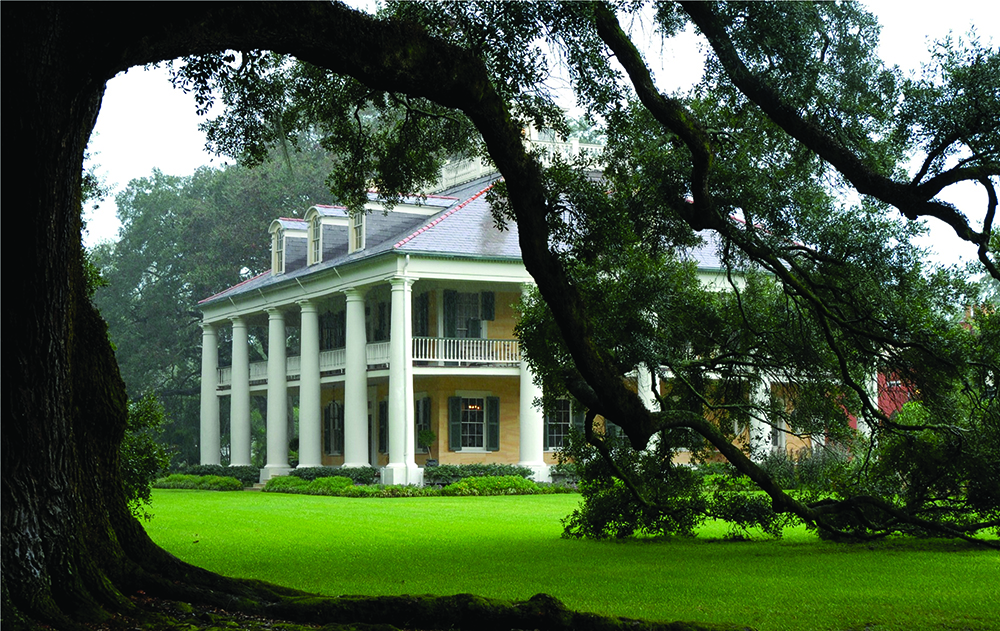 …is sophisticated and complex with diverse influences, recipes and ingredients. New Orleans is one of the world’s great dining cities, best exemplified by innovative modern-Creole restaurants like Chef John Folse’s R’Evolution. And yet the classic Creole restaurants, where waiters wear tuxedos, have remained au courant for centuries. Commander’s Palace (1880) launched the careers of famed Chefs Paul Prudhomme and Emeril Lagasse. Dishes like quail lacquered in sugarcane-rum vinegar and stuffed with charred chili and popcorn rice boudin are artfully plated and boldly flavoured to enrapture our palates. Martinis are 25 cents. We each select three of their five signatures, “Cause that’s enough,” reads the menu. Arnaud’s (1918) is the home of the Mardi Gras Museum. Its dizzying array of oysters includes my favourite, Bienville, baked in white wine with shrimp, mushrooms and herbs. Delicately sautéed seasonal fish is crowned with sweet Louisiana crab. Turtle soup is ambrosial, luxuriously textured and finished with sherry. Any trip to New Orleans must include breakfast at Brennan’s. We begin with the signature sweet and frothy Brandy Milk Punch. Egg yolk Carpaccio with plump Gulf shrimp and a scrumptious stack of crisp spun sweet potato is brilliant. Poached Eggs Sardou with choron sauce, crunchy artichokes and Parmesan-creamed spinach is pure decadence. No meal is complete without the Brennan’s-invented flamed Banana’s Foster. Brad Brennan tells me, “When you walk out of the restaurant, and you’re so stuffed, but you look over at your friends and say ‘where are we going to eat next?’ That’s when I know I’ve got ya! You’ve been Creolized.”

The “Cradle of Jazz” rocks every night. From soul-searing traditional jazz at Preservation Hall, through the cacophony of Bourbon Street with my cocktail-to-go in a souvenir gold champagne bottle from the Bourbon O Bar at Bourbon Orleans Hotel, to the laid back rhythms of a ragtime quartet at 21st Amendment, it’s all celebratory and unpretentious. We’re welcome everywhere, and the music never stops. Laissez les bons temps rouler!