Known as “the king of cheeses,” there are more dairies and greater variety in Quebec than in France. Artisanal cheeses here are the best in the world, ranging from sharp cheddar to semisoft/creamy Oka. Wild berries from blueberries to sea buckthorn proliferate. Quebec produces 70 percent of the world’s maple syrup, and celebrates it in maple syrup pie and maple whisky, to sugar shacks serving maple taffy and boiled maple tree sap drizzled over snow. Rougemont apples are prized, as are the ciders, ice ciders and sparkling ciders pressed from them. 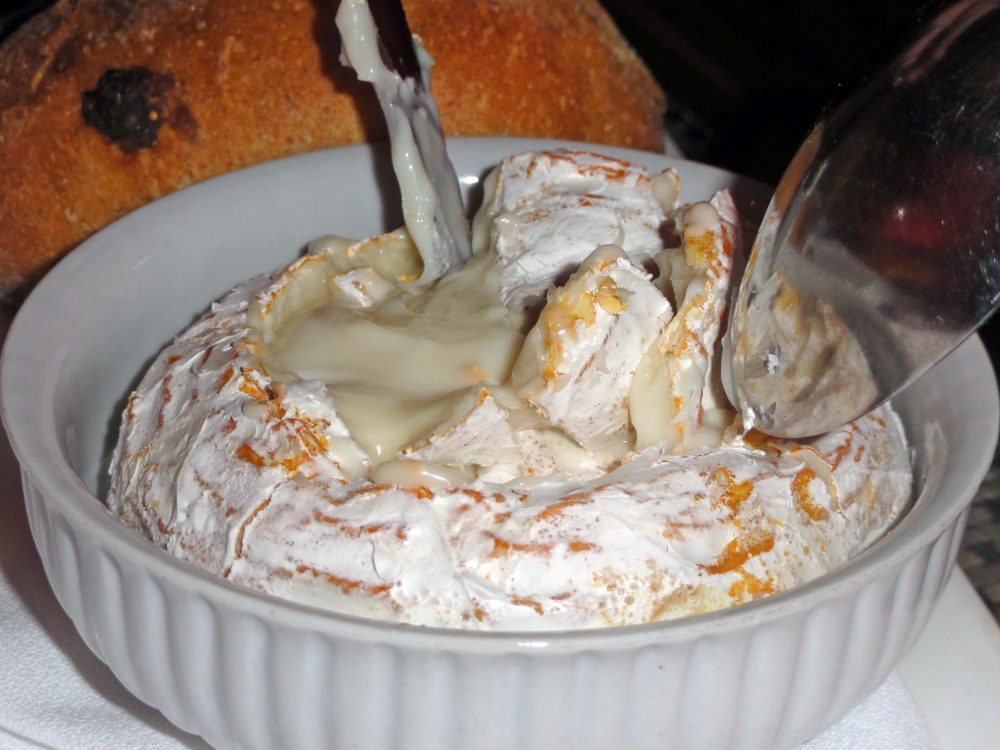 Dining in Quebec City reflects traditional hearty recipes, refined and elevated. Montreal’s cultural diversity enables a distinct dining culture of chic restaurants and bars with European charm and style, as well as bistros, cafes, chocolate shops, foundueries, bakeries and delicatessens. Immigration from the Middle East introduced couscous, tassot, and shish taouk, a Montreal staple that is a variation on the Lebanese chicken shawarma. Steaks are seasoned with spice blends of Montreal Seasoning. Jewish immigrants introduced Montreal smoked meat and wood-fired Montreal bagels. Poutine, the most popular signature Quebec dish, proliferates menus. “Apples, venison or trout can be found everywhere in Canada, they’re not confined by our provincial frontiers.” Chef Normand Laprise (Toqué! Restaurant) tells me. “What makes the difference is the people who do the cooking—their ethnic background, culture, preference and philosophy.”