The infectious sweetness of banjos and mandolins harmonizing on the radio give us the feeling of a carefree chase scene. Rolling hills of vibrant green unfurl ahead as miles of white picket fences separate galloping horses from the winding road. I’m told, “When you think you’re lost, just keep going.” And we do. With maps in hand, we connect the dots…one bourbon at a time.

At Woodford Reserve Distillery we learn about the five sources of flavour in bourbon and flavour profiles for pairing with food. While sampling chocolate and pecan bourbon balls we’re introduced to Woodford Reserve Double Oaked. Aged in two newly charred white American oak barrels, it’s the only double-oaked bourbon in the U.S. Very complex and robust, but so smooth, it’s an intense amalgam of readily accessible flavours. It’s like dessert bourbon and pairs well with dried cranberries, orange, toasted hazelnuts, walnuts and dark chocolate. It’s not meant for cooking, but can easily be used for finishing. 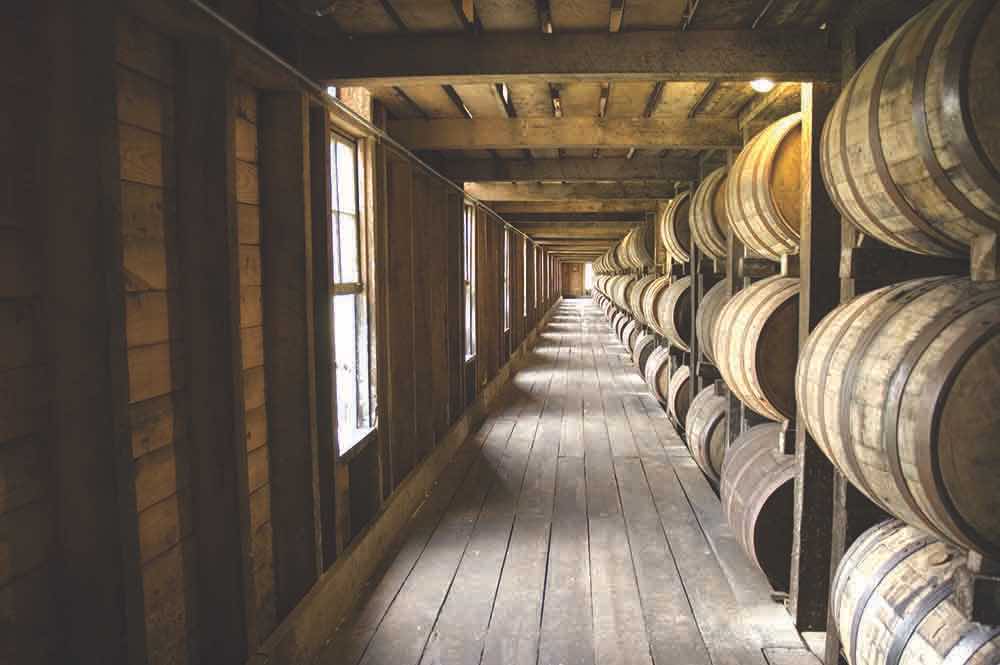 Buffalo Trace is the longest continuously running bourbon distillery. During Prohibition they continued selling bourbon “for medicinal purposes.” Our guide, Freddy, says when the British settlers were making rye and barley whiskeys, the native Indians introduced them to their moonshine that was made of corn whiskey introduced by the Spanish. They combined the two styles and created the equivalent of a pecan pie. Corn is to bourbon what corn syrup is to pie. The more corn in the bourbon, the softer, smoother and richer the taste. Aged eight to nine years, Buffalo Trace has complex notes of molasses, fruit, spice and an oaky toffee depth. After 10 to 12 years, it becomes Eagle Rare and elicits bold aromas of toffee, cocoa and honey with a citric and oaky finish. We let it linger on the palate to really soak up all the nuances imbued into this elixir over time.

At Evan Williams, Kentucky’s first commercial distillery, we add two to three drops of water to our glass of Black Label and hold it up to the light. The swirls are the oils from the wood in the barrel. The water penetrates the sugar and alcohol molecules and causes the bourbon to bloom like a flower to its full sweetness. The Single Barrel has that sweet, charred-barrel essence with an easy honey, citric and caramel confluence. While it can weigh down wine, oak ageing mellows bourbon.

Spring-fed water and custom-made copper pots are the keys to the small batch, single-barrel bourbon of the Willett Distillery Family Estate. Their selection tastes and feels like a distilled and bottled old-fashioned candy shop. Rowan’s Creek is a caramel and butterscotch essence with vanilla smoke and woods. Willett Pot Still Reserve is a mélange of subtle citrus and gingery spice followed by honey, nuts and chocolate with a peppery finish. I would, happily, need to drink much more to discern all the different notes within this composition. 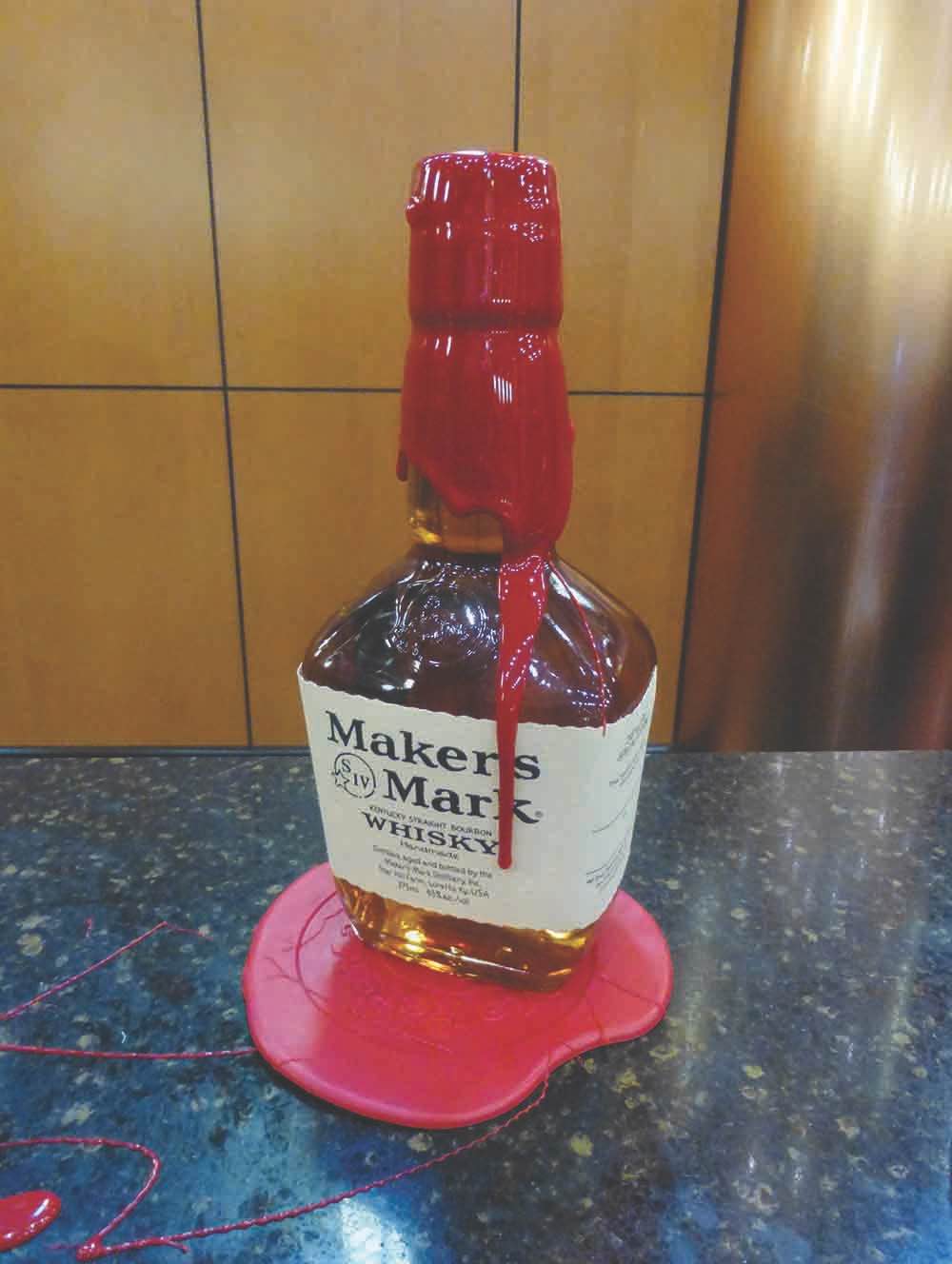 Located by Whisky Creek, Maker’s Mark is the most picturesque distillery. Maker’s 46, finished with 10 seared French oak staves, smells like a box of candy. A wood chef cooks the wood to create different flavours. More wood sugars enable bold caramels, vanilla and butter. Wheat is used instead of rye because it is gentler. We’re told the proper way to smell and taste bourbon is to breath through the mouth so we don’t burn the nose. Rich and sweet but not syrupy, it has smooth body and a long finish. This is Maker’s Mark on steroids. Every bottle is hand-dipped into hot red wax. After our tasting we don the apparel and dip our own.

Kentucky bourbon flows for the same reason horses graze. It’s the land. Rich and diverse, the limestone shelf acts as a filter that removes iron and impurities from the water needed for bourbon, and imparts calcium and phosphorus up through the grass that feeds the horses. Over breakfast at the Keeneland Track Kitchen, we see jockeys and owners, locals and enthusiasts. This is the largest horse auction in the world, interwoven into the fabric of Lexington, and attracts an international clientele. Wrapped in the excitement of the races, we place our bets. Win some; lose some. 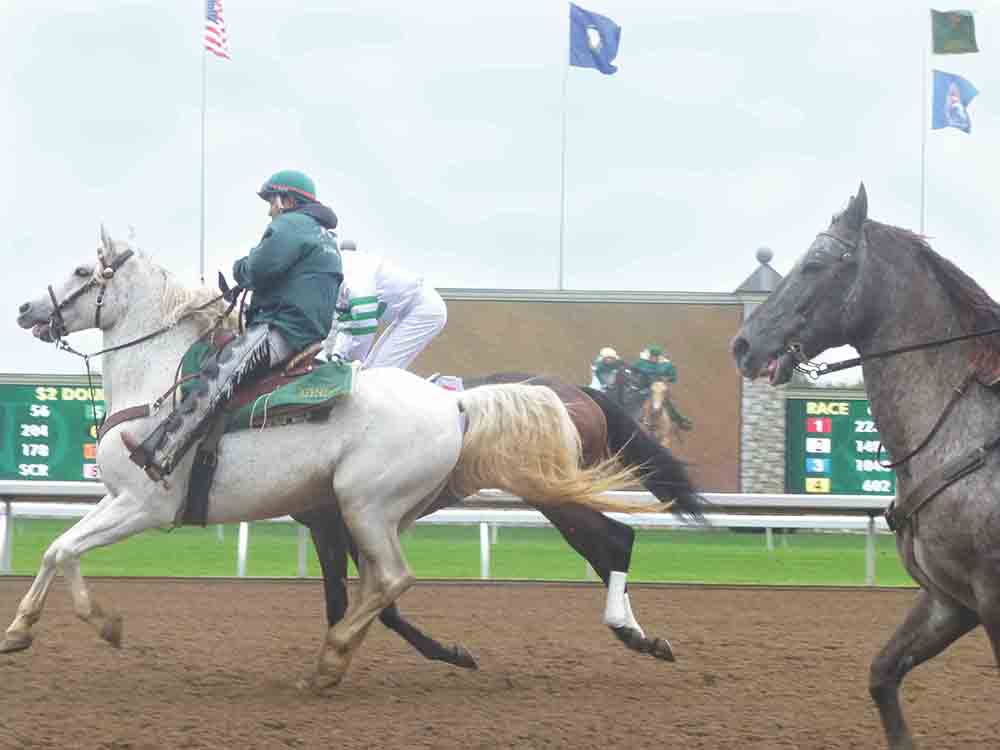 There are more barrels of bourbon in Kentucky than people and horses combined; but there is a palpable dichotomy between a young urban culture just discovering bourbon on the cocktail circuits of Lexington and Louisville, and those for whom it’s a part of their American roots. The cocktail revolution has been a catalyst to the increased popularity, and increased quality.

Kentucky’s original top chef was Harlan Sanders (The Colonel), but today it’s all about local farm-to-table and incorporating bourbon. Proof on Main serves bourbon flights that we pair with bourbon barrel-smoked oysters. At The Brown Hotel, the bartender recommends Blanton’s Single Barrel for their renowned Hot Brown sandwich and Woodford Reserve Double Oaked or Willett Pot Still Reserve with their Derby Pie. We pair Milkwood Restaurant’s savoury braised oxtail with a cocktail of Four Roses Bourbon, honey and fennel and Decca Restaurant’s wood-grilled pork chop with their cocktail of bourbon, mint, lime and ginger beer. 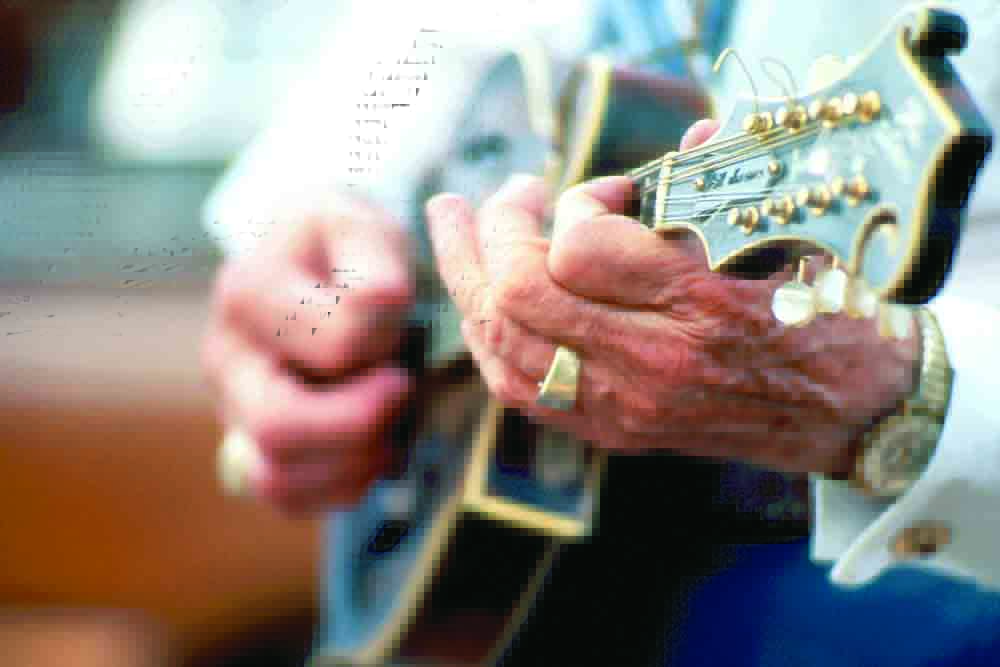 Flatt & Scruggs are impeccably picking their Foggy Mountain Breakdown on the radio as we head west to the source of that high, lonesome sound. At the Bluegrass Music Hall of Fame & Museum in Owensboro, I survey the history and the trends, and the masters of the banjo, fiddle, guitar, string bass and mandolin. While many players are virtuosos, their quick tempo solos serve the melody of the song, not to showcase their own talent. Bill Monroe’s Tall Timber plays, exemplifying his phenomenal dexterity. Deep in the woods atop Pigeon Ridge sits his boyhood home where Tom Ewing, guitarist for Monroe’s Blue Grass Boys, regales about the syncopated “chop” of Monroe’s mandolin. They didn’t need drums, he tells me, because there was such a deliberate metronomic sense of time within each breakdown. They played on the front end of the beat for an exhilarating affect. At sundown the Rosine Barn Jamboree opens up. There is a participatory atmosphere. High tenor harmonies soar above mellifluous jams as the band relishes each other’s every honeyed note, celebrating an exciting sense of community and togetherness.

After a whirlwind trip through Kentucky, I sidle up to the bar at the Bluegrass Tavern. The bartender asks, “What’ll it be, sir?” Like a parody of a scene in The Shining, I reply, “Hair of the dog that bit me.” “Bourbon on the rocks?” He asks. “That’ll do her.” The band is pickin’, grinnin’ and yodelin’, and the boisterous Kentucky vibe is intoxicatingly fun.