Food is an endless source of creative inspiration in Venezia.

Planes, boats and trains have brought us to Venice, at last. And here we are, standing in front of the passage to the Peggy Guggenheim in the square in front of the magnificent Basilica of S. Maria della Salute, waiting for a bellman to walk us to the hotel. Yes, it’s minutes away, but previous experience in Venice has taught me that if I make one wrong turn I can be lost for hours. In fact, that is one of the charms of this ancient “walking” city.

We are in the heart of the Dorsoduro district, on the side of the Grand Canal that is opposite Piazza San Marco. This “artistic” side, with its art colleges and university, has long been home to artisans and artist studios at every turn.

The bellman escorts us to the SINA Centurian Palace, opened in 2009 as the first contemporary hotel in Venice. Classic elements have been incorporated in a warm and elegant manner to create a traditional hotel with an edge. We enter through a typical flower-filled Venetian courtyard, and are immediately reminded that the Venice Biennale is in full swing. Sculptures and works by exhibiting artists are much in evidence.

This hotel is built in the old 19th century Palazzo Genovese. During excavation, a 7th century stone building was discovered and within it, a gold coin depicting Anatoo, a celebrity of the time. The beautiful white dining room with its sculpted ceiling is aptly named Anatoo.

Dinner at Antinoo begins with a sparkling, white peach Bellini, the signature cocktail of Venice. Cin Cin! Clearly the Executive Chef has taken inspiration from this capital of art, and his dishes resemble paint put to canvas, with colours chosen for flavour, texture and design. Fat white asparagus is thinly sliced and comes delicately draped over perfect stalks of green asparagus. John Dory is treated to a crisp almond crust. Chickpeas float in a bowl of clear broth with a sprinkle of fresh herbs. Pasta is sauced, crumbed and herbed. My favourite dish is sliced fresh scallops, partnered with zesty green vegetable puree that is jauntily capped with a spoonful of caviar, and accessorized by four perfect blinis and leaves of fresh local herbs. It’s the Italian style–classic with surprises.

“What gives this hotel its unique personality?” I ask GM Paulo Mora. “It begins with the ownership,” he says, “SINA is a private, family company started in 1958 by Count Ernesto Bocca and now has many hotels, each one unique.” He goes on to say, “Our staff is carefully chosen for their professionalism and to have empathy with our guests, and our restaurant has been named one of the finest in Venice.” Modesty would not let him comment that he has had a long and illustrious career in the industry, but that is self evident in his ‘hands on’ approach.

Breakfast on the terrace that sits on the Grand Canal is like stepping into a photograph we have seen a thousand times. I almost feel it’s a dream. Now, we’re on our way to Piazza St. Marco just two short stops on the vaporetto. Wherever the eye falls, there is something to see–and buy. It may be my imagination, but it seems the flocks of pigeons that have made the square their own, have dwindled this year. The magnificent Basilica still gleams in the sun. Orchestras dressed in black tie still play classical music Lavena and Café Florian. We pause at a side street café for pizza, and marvel once again how Italian food tastes so much better in Italy.

A leisurely stroll and window shopping takes us to Ristorante Antico Martini which shares the square with the La Fenice Opera House. The handsome building has expanded since I was here last with a series of beautifully appointed rooms. Manager, Fulvio Zanella is known for his charm. We were warned that he would win our hearts. 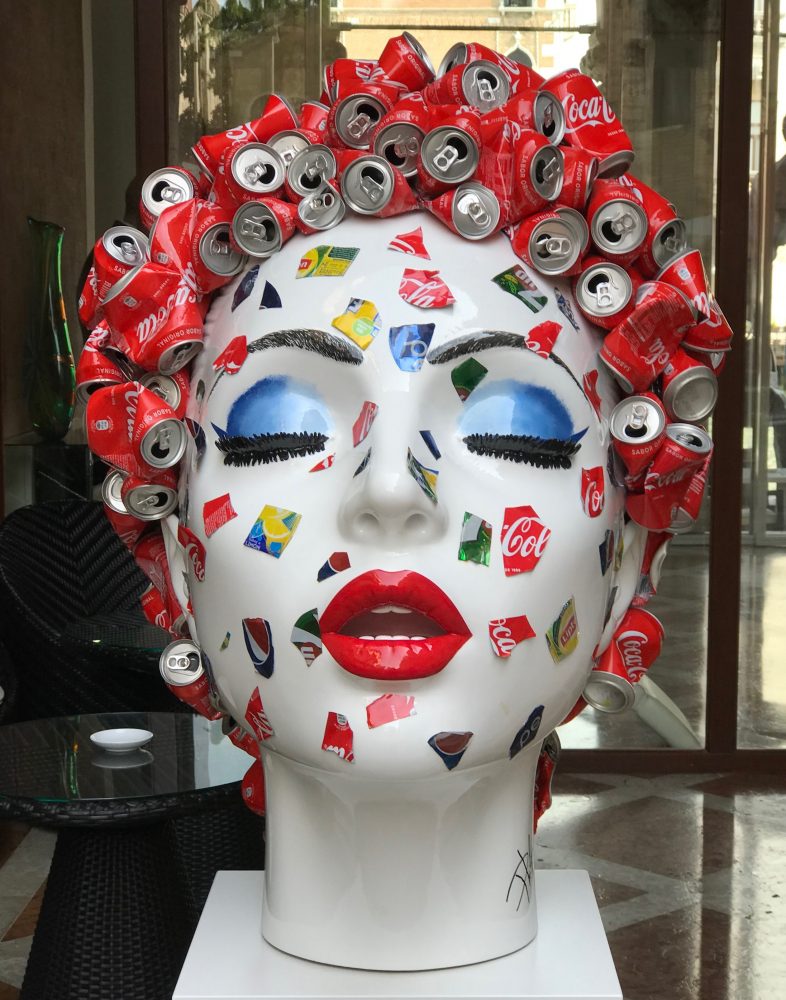 First, an appetizer of polpetino of veal; dough made by a gentle hand encases well seasoned veal. I won’t say no to foie gras, layered with black truffle and set on the plate with apple puree spiced with ginger. We agree to share home made fettuccine with duck and orange sauce and a glass of Soave. We can’t eat another bite, but it’s too late. Glasses of Cabernet Sauvignon, and a steamer, bursting with herb and ginger-steamed salmon, sole and sea bass is brought to the table, all enlivened by a curry/herb sauce.

Next morning, we are on a private water taxi, racing along the Grand Canal to the airport. Arrivederci Venice. We’ll meet again.

A Cultural Adventure in Heartland Japan