An apple pie a day makes for a romantic getaway…
“Was that me screaming?” It takes about two exhilarating minutes to wind down Blue Mountain on the new Ridge Runner mountain coaster and, like a scene out of Return of the Jedi, we feel like ewoks flying through the woods.

Collingwood has changed so much since we were kids lugging ski equipment for weekend lessons. Now, it’s a four-season destination to a river or a beach, paddling or sailing, skiing or snowshoeing, yoga on the docks or golfing on the greens, caving, climbing, hiking and some of the best cycling in Ontario along the highest trails in the escarpment. This is an interest-oriented place. It’s where we visit, and end up wanting to stay. Of the many outdoor activities available to explore the escarpment, Free Spirit Tours, for example, drives us to the Beaver River, where we paddle a little ways, pontoon and, quietly, lazily, drift along the slow moving water beneath a canopy of magnificent fiery autumn colours back to the base. 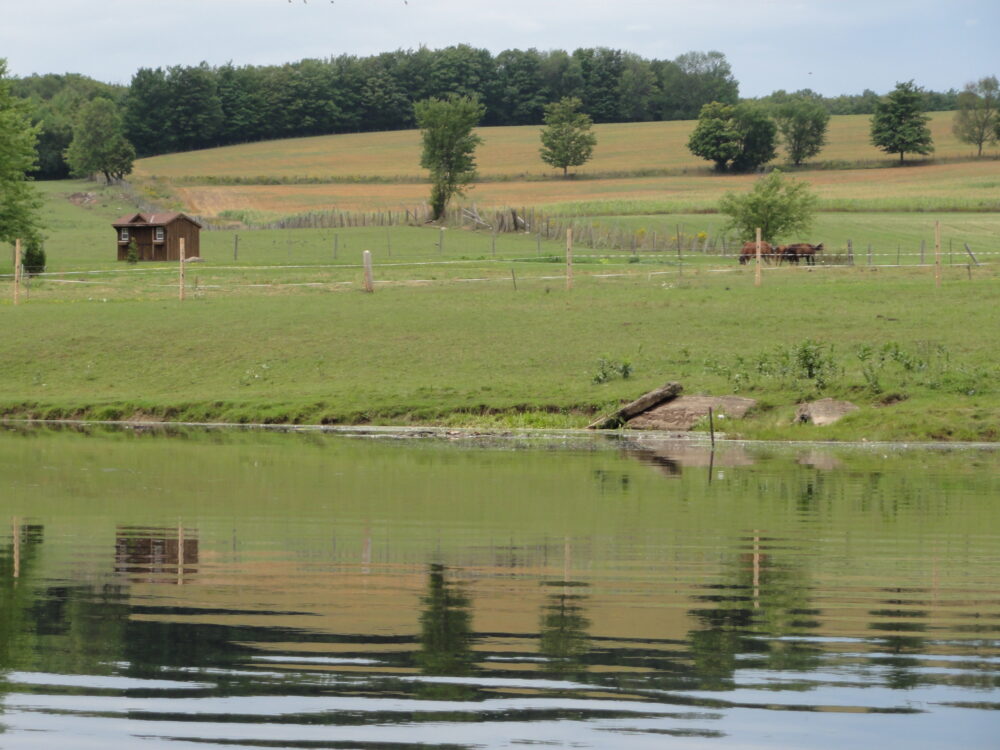 What piqued my interest, however, was my favourite kind of triathlon: hiking, biking and… apple pie baking. With the largest concentration of all things apple in Ontario (more than 7,500 acres) the Apple Pie Trail is the perfect romantic lure, and it began simply as a way to connect farmers to restaurants. We begin at Espresso Post where Mark and Christene Krause, Seattle designers turned Ontario Barrista Champions, moved to where the lifestyle is as balanced as their coffee. Known for their blends they offer us a smooth textured Caramel Apple Latte of condensed homemade apple cider, steamed milk, espresso and caramel swirl. “A latte should be full bodied, round and sweet,” Krause says, “and with basically two ingredients—we’ve got to do it right.” These experts understand that we don’t want a warm cup of milk; we want a great balance with espresso. 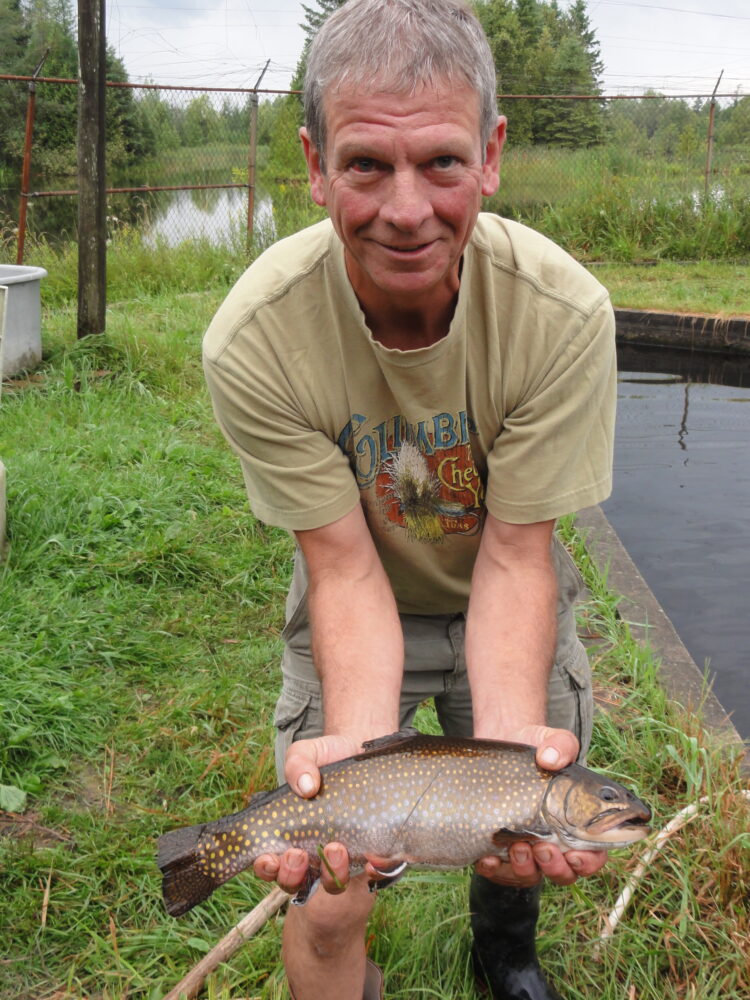 Located within a renovated arts school, and loosely based on a Parisian café, is the Tremont Café. In a library, where all the books are for sale, we divert from apples—for a moment—and dine on local venison ribs with crunchy potato pavé, and a pan-seared crisp Kolapore Springs Trout with a light saffron crème, wild rice and Swiss chard. There are trout farms all along Georgian Bay, but the Kolapore Springs rainbow, speckled and brown trout all swim in pristine flowing spring water. Unexposed to any contaminants, they’re fed the natural shrimp and minnows that spawn in the water, and the difference shows in the quality of the meat. It is completely different from any other hatchery in that both input and output are managed without any adverse ecological affects to the surroundings. Chef Justin Miller, of the rustic and cozy Cabin Bistro, serves the meaty Kolapore rainbow trout in a lobster reduction and truffle foam with plump lobster pursed in fresh agnolotti. Canadian inspired, the seasonal menu reflects local ingredients of the Georgian Triangle. Organic lamb prepared three ways is an expression of Miller’s precision and imagination. His pulled lamb and risotto ball with a blueberry gastrique and smoked lamb with Parmesan cake are as stimulating to the eyes as to the palate. 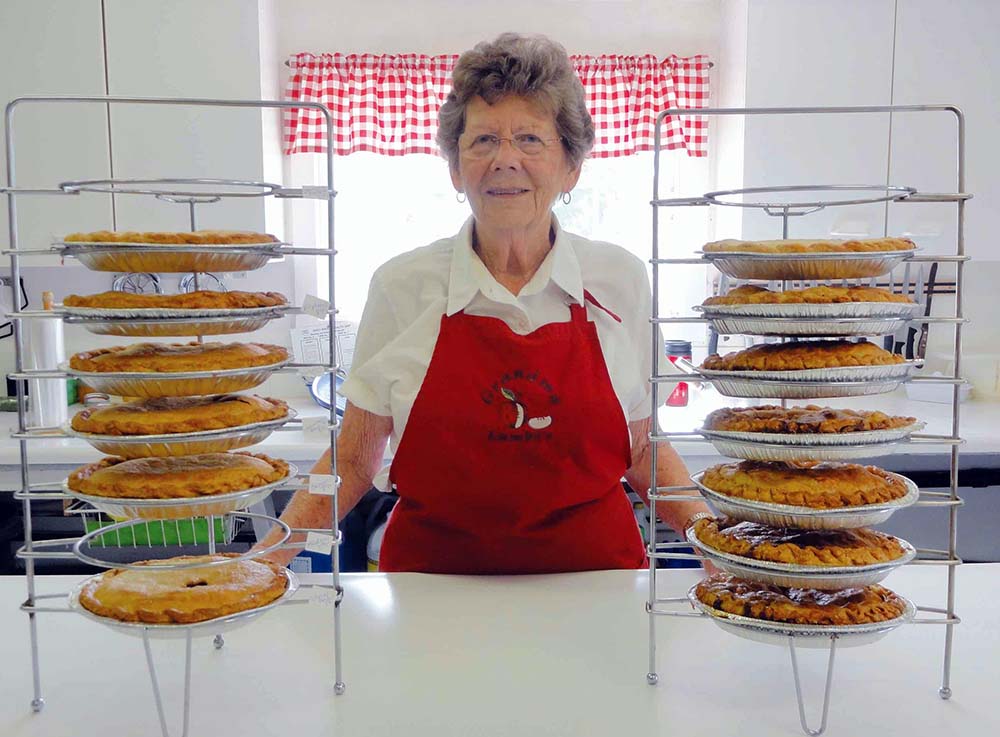 Following a hike through the Scenic Caves we head to the Scandinave Spa. Hot stone baths release negative toxins and evaporate stress, while cold baths create internal energy. From the Eucalyptus Steam Room and Finnish Sauna to the Nordic shower, surrounded by birch and the smell of burning cedar from the fire pits, we follow the signs and “respect the tranquility.” Café Chartreuse supplies a healthy selection of soups, salads and sandwiches in the lounge, but we head to their main restaurant in town and, seated on wicker chairs by a fireplace within a warm brick interior, we’re at “the place to be” for fondues of Swiss cheese or beef Bourguignon for two. Getting back on the trail, we select the Georgian Bay Apple Cider Fondue of thinly sliced pork medallions in hot apple cider.

The first crop that local honeybees pollinate is the apple blossom; so nearby at The Honey House we sample Beaver Valley Gold Honey. Along with cinnamon, lemon and ginger honeys, we love the velvety rich creamed apple cinnamon honey.

The heart of the Apple Pie Trail is Grandma Lambe, whose apple pies are as warm as her smile. From a simple red wagon to a bakery with all sorts of pies, including diabetic and gluten-free cakes, tarts, muffins and jams, this kitchen has grown. One spoonful of apple pie jam and we melt. All the pies are homemade, and the apple pie is perfectly plain: “no cinnamon, no nothing.” As we balance our boxes of pies-to-go, Grace Lambe, seen here flanked by what she does best, smiles and says, “people are so nice—it makes me feel that this is what I should be doing.” Good feeling is all around here. 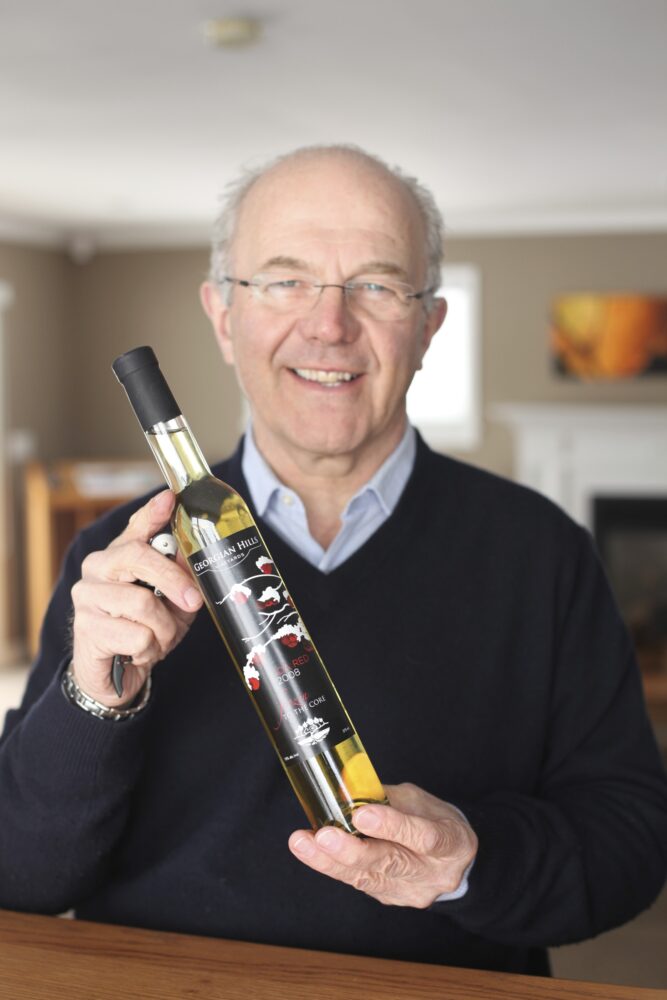 A short drive to Thornbury reveals an oasis of artisanal delights. At the Cheese Gallery the most common request is “can you please open up in Toronto?” We discuss our preferences, and are guided toward cheeses and wines out of our comfort zone. We pair a glass of Coffin Ridge Resurrection Rosé–aromatic, copper-coloured Frontenac Gris–that tastes of caramel and strawberry candy floss, with rich, slightly runny Quebec goat cheese in an ash rind. Georgian Hills Vineyards’ Frozen to the Core, made from Ida Red apples, is an ambrosial iced-apple wine that is quintessentially Canadian, and pairs deliciously with a warm wedge of apple pie and sharp, crumbled cheddar. Located on former apple orchards, Georgian Hills produces wines with fresh and fragrant apple character, like the Seyval Blanc with its lively citric notes of apple, pear and stone fruit.

David and Amy Wilding-Davies of neighbouring Ashanti Coffee grow their own coffee plants in Zimbabwe, and import them to Thornbury, where they hand-roast daily, concentrating on quality control “from farm to cup.” We lounge in the fresh aromas of their clean and flavourful coffees, and indulge in pastries and a smoothly blended mocha.

For Certified Whiskey Specialist Stephanie Price, Thornbury is “the jewel” of Georgian Bay. “We’ve got a great backyard up here,” she says. Celtic music plays as we enter the oak bar at The Damn Pub, where 567 whiskeys from around the world, including the new maple smooth Collingwood Whiskey, are served in nips and drams. While pairing with chocolate pâté, Price teaches us how to cut our whiskey with a drop of water. 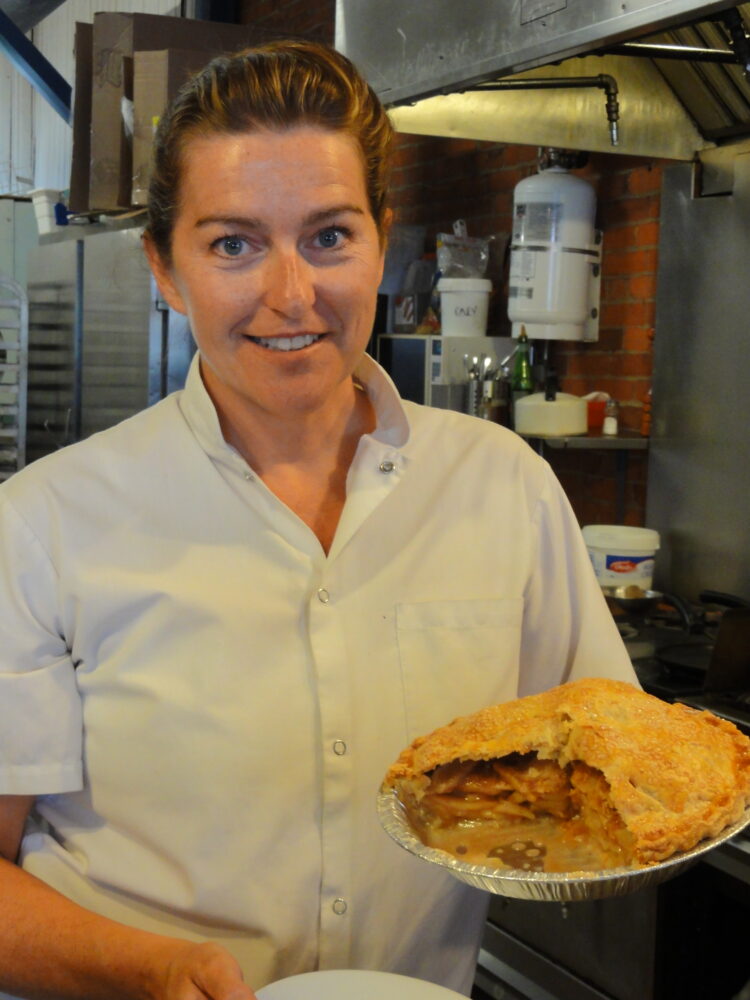 All the pastries and tarts at Thornbury Bakery are “first roll.” As we have quickly figured out, the pastry makes all the difference. While devouring warm sticky buns, sticky knots and chop suey buns of sweet dough, ginger, cloves, cinnamon and mixed peel, we learn one of the keys to Trish Smith’s mother’s recipe for her hand-made apple pie crust: no butter. Using only Red Prince apples, which are new to Ontario, these pies are pure heaven. The Red Prince was brought to Canada from Holland in 2001 and began selling in markets in 2010. Juicy, firm and crisp, they are perfect for baking.

After tasting so much apple pie, it’s time we learn to bake our own. Surrounded by apple orchards, Chef Philip Tarlo at the Collingwood Cooking Academy prepares his kitchen for our lesson, using the local Red Prince apples for pies and crêpes. “A kitchen is like an orchestra,” he says, “and when it works, you make music,” or, in our case, two warm apple pies to take home.
www.ApplePieTrail.ca