Does enjoying Thanksgiving dinner exclude a family of two, or a household of one? Unless they want to roast a 10 lb. bird and live on leftovers until Christmas. Let’s make it simple.

Thanksgiving is the most popular holiday in North America, and a statutory holiday since 1957. It transcends religion, country of origin and all that categorizes us. So, let’s make a toast to English explorer Martin Frobisher and his crew. In October, 1579, these explorers landed in Frobisher Bay, now called Nunavut. They declared it a celebration and gave thanks with a dinner of salt beef, biscuits and mushy peas. This was the first Canadian Thanksgiving. A second toast to Samuel de Champlain. Twenty-five years later, those who lived in New France under de Champlain held huge feasts of Thanksgiving with the French and the local Mi’kmaq. A third toast to the Mi’kmaq people who introduced the French to Cranberries, (rich in vitamin C) which likely saved them from scurvy.

This year, we have much for which to give thanks. And then we come to the feasting part. Photographs abound of happy friends and families sitting around a table burgeoning with the fruits of the land. The centerpiece in these photos is always a mammoth golden brown roasted turkey. 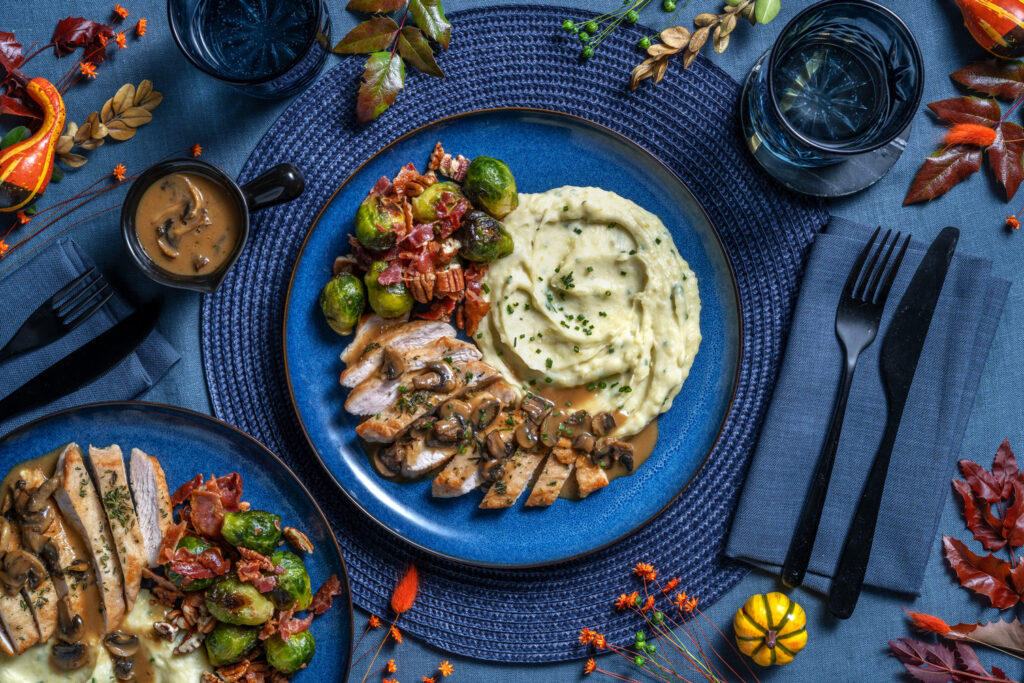 I did a rehearsal of my Thanksgiving dinner ordered from the brilliant people at Chef’s Plate: Turkey & Mushroom Sauce, Maple Bacon Brussels Sprouts, Truffle and Cream mashed potatoes and Apple pie. Each dish prepared in my own kitchen and made from scratch with perfectly beautiful ingredients.

Chef’s plate is a meal plan company that was created in 2014. They help you plan your menus and deliver them to your door. The Turkey for this meal kit is locally sourced from Hayter’s family farm in Ontario. This Thanksgiving dinner is available to order for 2 – 16 people. In order to receive in time for Thanksgiving, it must be ordered by October 7th.

I ordered dinner for four, and received a kit bag with every single item needed, including Turkey Scallopini and vegetables right down to truffle salt, fresh herbs and cream. Everything is measured out to exact specifications and comes in little packages. Directions are simple, yes simple, and include photographs.

I made myself comfortable on a kitchen chair, and read out loud the instructions, point by point to my son, who was eager to learn. And thus, we began with Step 1. Heat oven to 450 F and start the recipe when the oven is ready. He started with boiling the potatoes for our Garlic-Truffle Mashed Potatoes. Next, he roasted the brussels sprouts and bacon in two separate pans according to instructions. Then he prepared the mushrooms and herbs for the sauce and seasoned the turkey with little packets of fresh herbs and seasonings.

After reading all the directions out loud, I poured myself a glass of Pinot Grigio and admired everything neatly organized with no mess in the kitchen whatsoever. I sipped a “good job” toast to my son and we continued.

Where to DINE Now: Patria 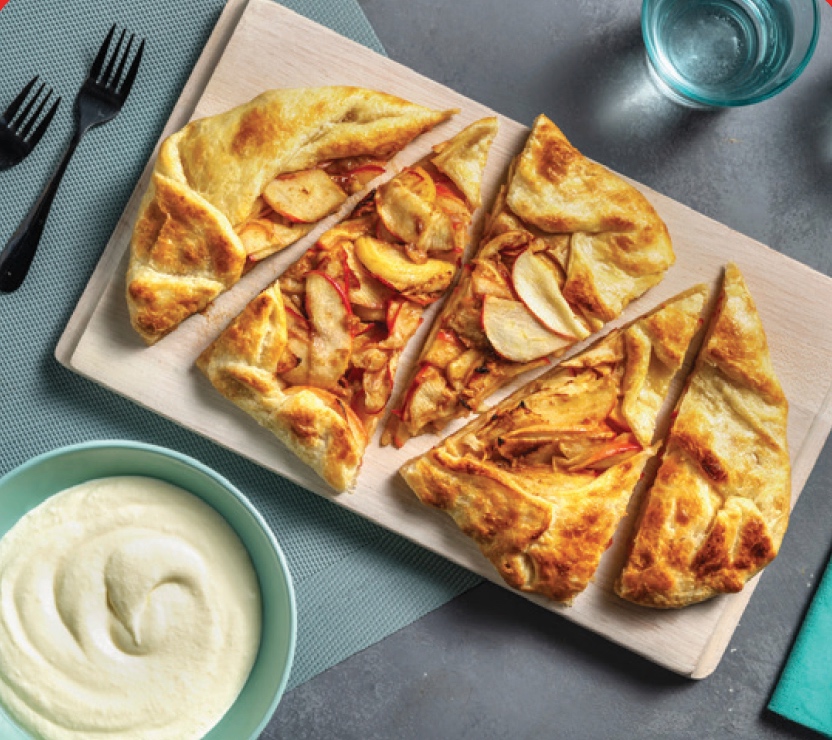 At the point when we were having some second helpings, he returned to the kitchen to prepare the Apple Pie with Cinnamon Whipped cream. And what a pie it was! Click here for these easy recipes! Will I ever wrestle with a 10 lb. bird again? Nope!

If you still want to go the traditional route for a big bird, everything you need to know so that you’re not left cold turkey can be found at Ontario Turkey, from nutrition to recipes. Gobble gobble!

For more information about Chef’s Plate, go to: https://www.chefsplate.com/

Everything You Need to Know About Green Tea