Pasta: A Vehicle to Get Sauce to Your Mouth

“Just as long as the guitar plays, let it steal your heart away” – Jagger/Richards

Leaning on a platform, waiting for a train, two boyhood schoolmates chance to catch each other’s eyes. Admiring some rhythm and blues records by Muddy Waters and Chuck Berry, they light up a conversation. “Oh, yeah, these are really interesting,” they smile. A propitious friendship is ignited.

Ripping through electromagnetic vibrations off a Fender Telecaster like tuning a revved-up engine that could shake heaven and Earth, Keith Richards defines the garage rock sound, while Mick Jagger, born in a crossfire hurricane, is its quintessential front man. They’re the house band of the rebellious spirit conjuring the Child of the Moon and Sympathy for the Devil. By the time The Beatles had Let it Be, The Rolling Stones hadn’t yet even recorded Sticky Fingers or Exile on Main Street; and after sixty years(!) they’re still getting their Rocks Off giving Satisfaction to millions around the world. 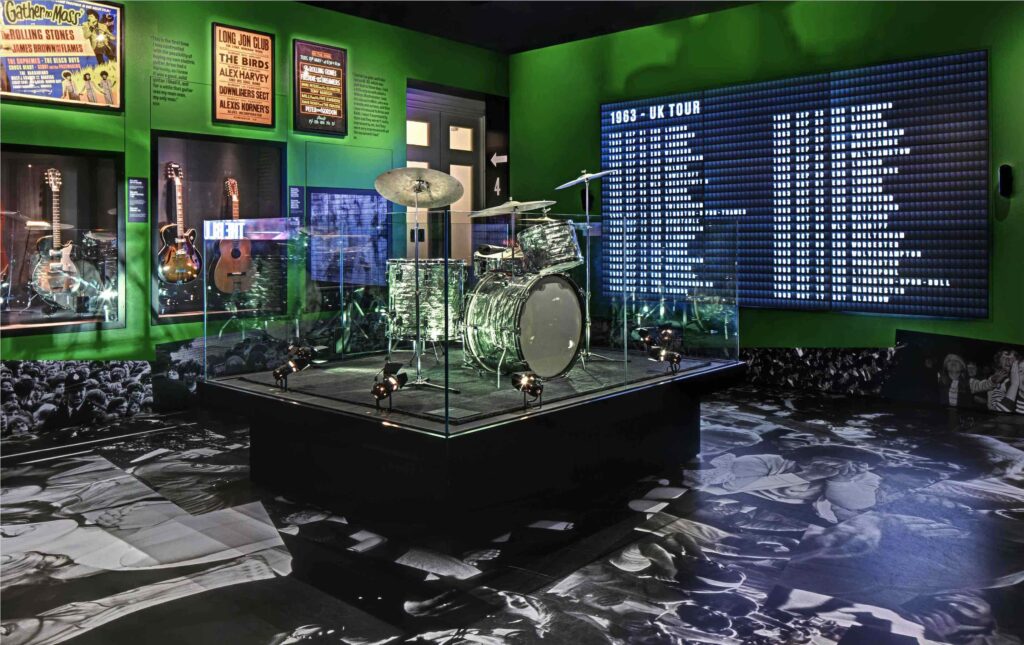 Musically, their catalogue charts the history of modern western culture, but they’ve also influenced art and fashion, and their preeminence has inspired icons from Andy Warhol to Christian Dior to come to them, and in every decade from the ‘60s to present day. Their first performance was in ‘62. My parents were at the Oshawa ’79 show. I caught their Steel Wheels Tour in ’89, Voodoo Lounge in ’94, and was one of 500,000 to see them at SARSstock in ’03. And they’re still touring! In their wake, a fandom that spans generations.

Unzipped at TheMuseum in Kitchener is the only opportunity to relish in a treasure trove of Rolling Stones memorabilia and introduce it to the next generation. For me, that means sharing my passion for the band and the music with my seven-year-old son. How can I explain to him what they mean to me, and to so many people? It’s very personal. And it can only be understood on a visceral level. Once immersed in the exhibit, though, something inevitably clicks. 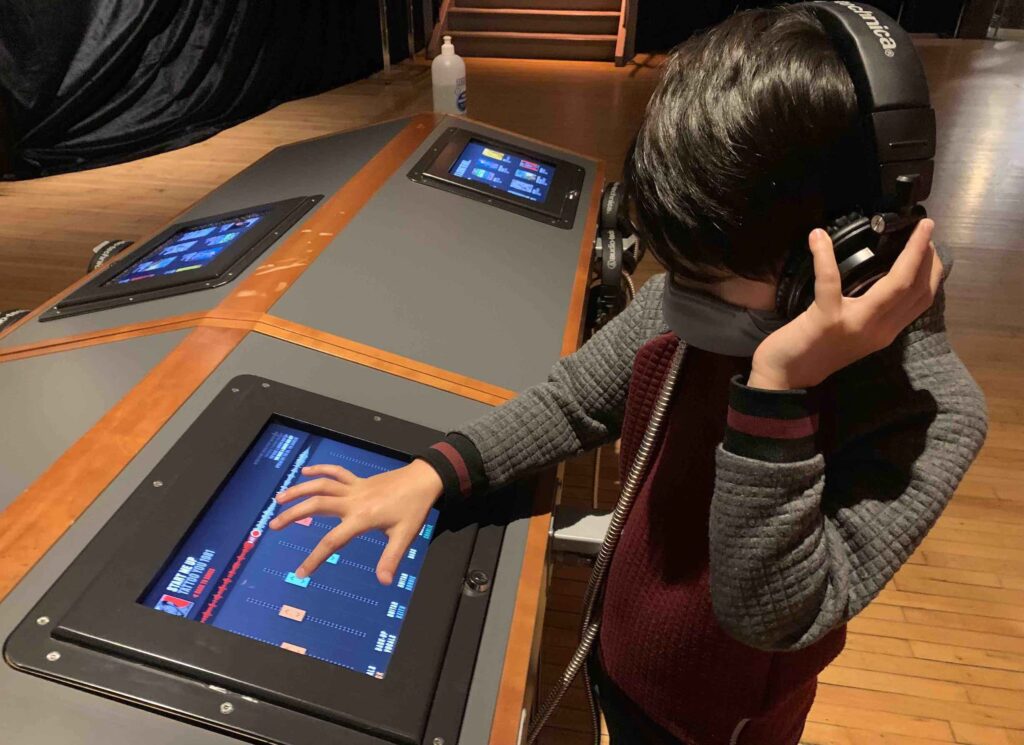 We’re hypnotized by the multiplex video montage of early history from British Invasion to Redlands Bust, screaming crowds and psychedelia to the “misadventure” of Brian Jones. We marvel at instruments from Mick’s harmonicas to Brian’s box dulcimer, Keith’s guitars and Charlie’s drum kit, personal diaries and the lyric sheets for Miss You. Outside a replica of their recording studio, we find mixing boards from which to isolate the vocals, guitars and drums on Angie, Sympathy and Start Me Up. This is the highlight for me, and the most fun for my son, to identify each component of the song, distinguish which guitar tracks are Ron Wood and which are Keith Richards, and to re-imagine the music with a different equilibrium.

The reconstruction of Mick and Keith’s Chelsea flat on Edith Grove reveals what looks like a disgusting college dorm room after many, many nights of debauchery, and a “clean-up” that will never be on their to-do list. 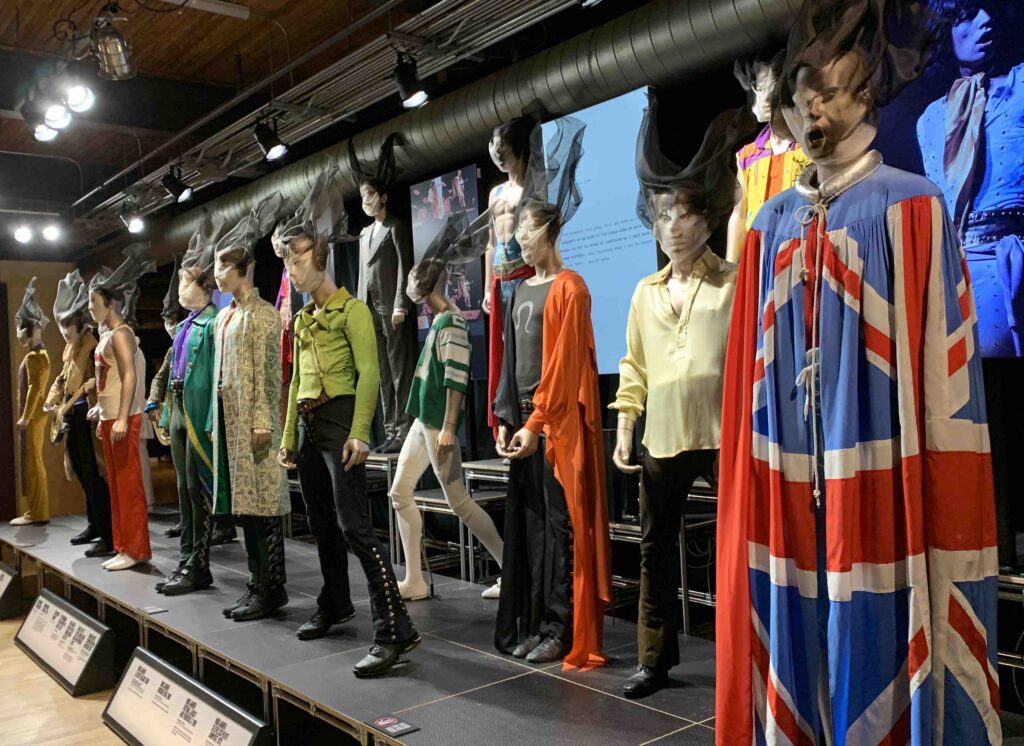 From humble beginnings they break through the boundaries of pop music into fashion, and we can admire three vast sets of costumes from Prada, Dior and Alexander McQueen including velvet tartan jackets, leather tail coats, cheetah-print fur, crystal-embellished shirts and trousers and satin suits. The art of their attire is matched by the art of their set designs on display, seven original Warhols, posters and album art.

It’s hard to peel away from Martin Scorsese’s Stones documentary, but the unfiltered snapshot of sixty years of pop culture through the lens of this exhibit leads us to a massive video and surround-sound immersion into a stadium concert where a larger-than life Jagger and Richards prance and strut, and we can’t stop dancing! “What do you think?” I shout to my son. “Amazing,” he whispers without averting his gaze. Their exuberance and impact are not lost on anyone, not least, my son, who, riveted by the power and reverberation of the sound and the performance, has just had his mind blown. 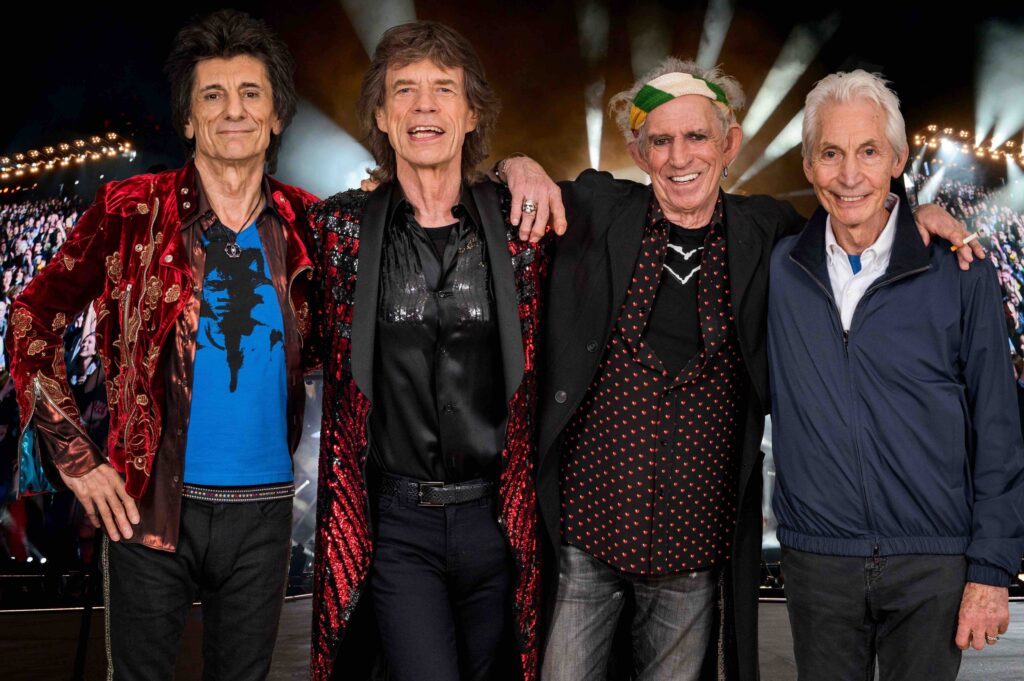 We leave with deeper insight and admiration for the genius of their music, but also for their enduring friendship, and their legendary longevity. “How do they do it?” I wonder. “How do they keep it up after all these years and Not Fade Away?” But there’s no gerontological mystery to it. They live with purpose and stay in shape to do what they love. “Lose your dreams and you will lose your mind,” they sing. Discover what fulfills you; YOUR Satisfaction; what starts YOU up. And then? “Give it all you got. You’ve got to never, never, never stop.”

Pasta: A Vehicle to Get Sauce to Your Mouth