Far away from the cacophony of the cities, we seek a culturally immersive adventure, to experience authenticity that cannot be reached by a tour bus. The Heartland Japan tour through Izumo, Iwami Ginzan and the Gonokawa River Trail of Shimane Prefecture emphasizes real experience over mere sightseeing. Here, we get off the bus and walk.

We begin at Inasanohama beach, the gateway to Izumo. This is the time of year when all the Gods from across Japan descend on Kami-no-miya shrine to plan the coming year’s business relations, family ties, and matchmaking. It’s windy, and the waves are picking up. I suppose when 8,000,000 Gods are on your guest list, that’s to be expected. The nearby Izumo-taisha is the highest shrine in Japan. Standing at twenty-four metres, it’s the most ancient and the most important. The main deity enshrined here is Okuninushi, the creator of Japan, ruler of Izumo, and God of good relationships and marriage. Upon entrance to the grounds, we clap our hands four times: twice for ourselves, and twice for the partner we desire.

As the Gods convene, their stories are retold through the ancient art of Kagura that flourishes in Shimane. It is the oldest performance art in Japan. Tucked into the Yunotsu Shrine we watch highly charged theatrics that brings ancient folklore to life. As the tension of the tale mounts, the flutist and percussionists intensify their playing to a rising crescendo. Masked-performers uncoil their giant seventeen metres-long serpentine costumes in billowing smoke and fire. How do the performers manoeuvre on stage? How do they avoid entangling themselves? We’re awestruck. I’m on the edge of my seat with excitement. One by one, the protagonist smites off their heads with his sword.

To best appreciate Kagura, we attend the rehearsal of the Yukita Kagura Company, and again, gaze upon masterful synchronization of movement. We ask so many questions from their diet to their choreography. Afterward we visit the Kobayashi Kobo and, surrounded by demons, paint our own Kagura masks. In keeping with the spirit of craftsmanship, we visit Yakimono no Sato, the largest climbing kiln in Japan, for a ceramic workshop in which we bake earthenware cups in traditional Yunotsu-yaki style. 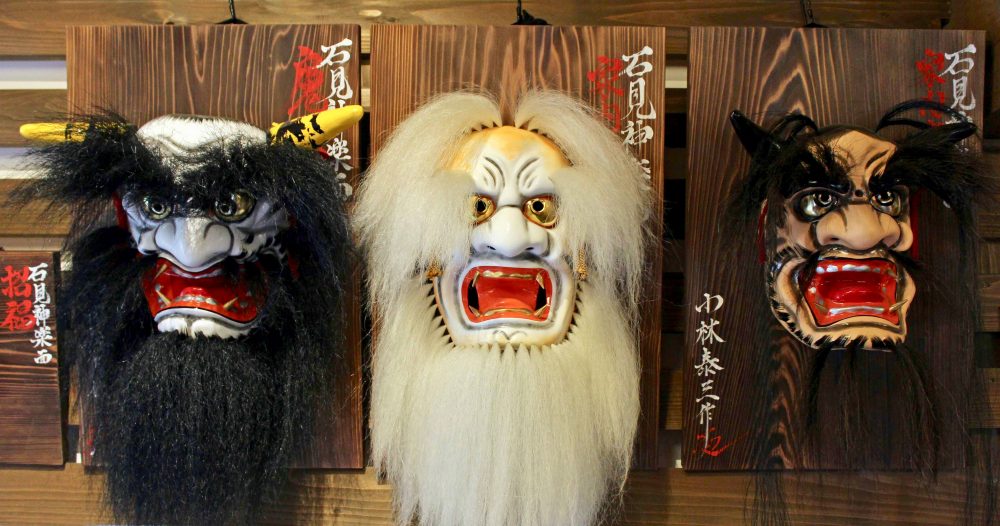 These workshops are remote. We walk through lush green forests to reach them, breathing in fresh clean air, and feeling invigorated with each step. Along the way we indulge in Ayu river fish, local soba and sake, weaving in and out of samurai residences and local shops, each one more charming than the last. In the Iwami Ginzan mining town, we pass a yuzu tree and pluck juicy ripe fruits for our walk to the longest-running silver mine in Japan. Down the dark tunnels, into the mountain, and out another side, we pass through so much history and scenery on foot. We deserve a soak in the local hot springs that await us.

Why not take a visit through the Japan Sea Side? Check out why we love this destination.

Hiking through bamboo woods of darting monkeys and wild boars we reach tiny fishing villages along the shore. Inside his home, local fisherman and painter, Amano-san, shares with us his paintings of the river that he calls home. The river, he says, provides for his family and has taught him how to live. On a good day, he could catch 600 fish. Now, he prefers to paint them. Outside we admire his old fishing boat that he made from scratch. From the river to the mountains, we wind through narrow paths and up ancient steps. We hear only the sound of wind in the trees, the occasional call of a hawk, and the flow of water that sounds like a deep roll of applause. 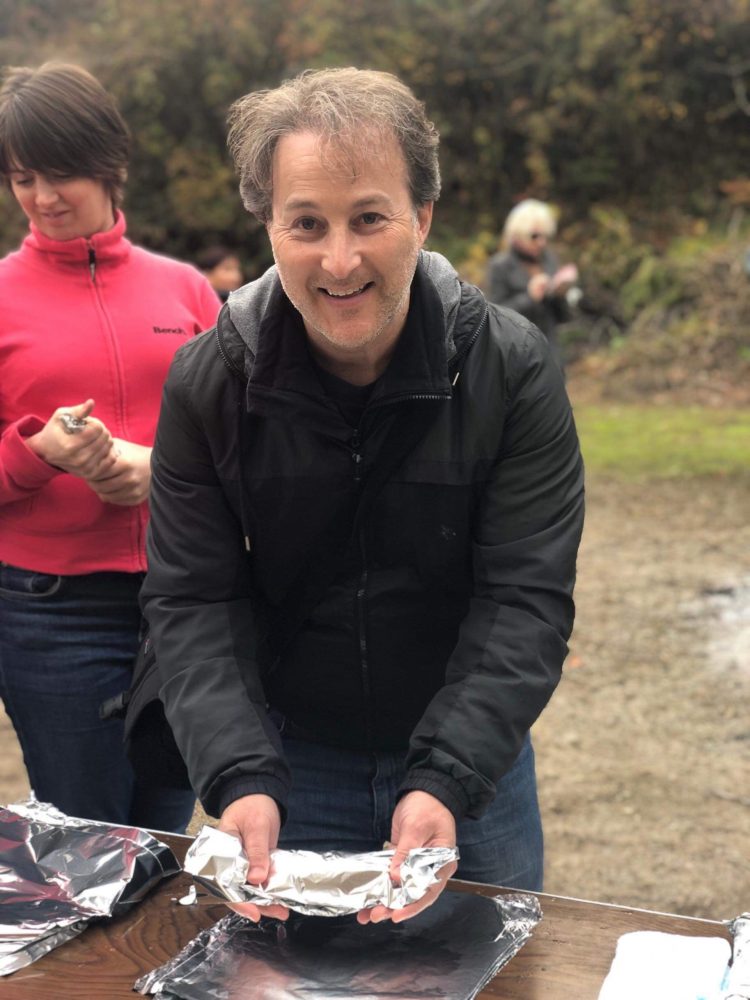 For our last stop, we find ourselves standing in the middle of a playground with the Onan School Kids Club in a pick-up game of soccer, as a growing number of children congregate. Am I out of breath because I’m out of shape, or because I’m laughing so hard? The infectious sweetness of these children is pure joy. Together we head to the back of their school where a fire pit has been stoked. We each wrap potatoes that they’ve picked for us in tin foil, and throw them into the fire. As the potatoes cook, we attempt language exchange with hilarity. One by one, we retrieve our snacks from the fire, peel back the foil, and find a spot to sit among the group of children eating potatoes.

Deep in the mountains of Shimane, in places time forgot, the heartland of Japan beats in these communities who live with such honest simplicity and innocence that, to even observe, let alone interact, is as profoundly heartfelt as it is unforgettable.

Visit Heartland Japan if you’re interested in booking a tour.