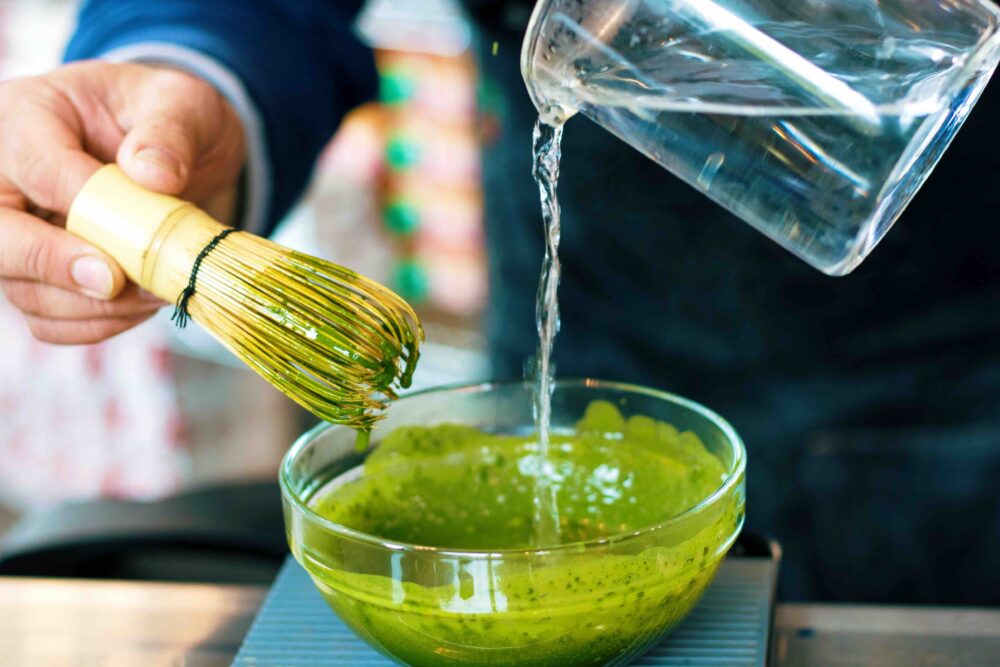 Green (Tea) Tourism in Japan is generating increased interest as the global tea tourism industry continues to trend across eco-tourism and agro-tourism sectors. The Japanese tradition of tea cultivation and consumption is as transformational for the body and mind as it is for the Earth. The quintessential Japanese tea ceremony is an experience in itself, a centuries-old tradition honoured by thousands of visitors each year during their farm stays and mountain-top wellness retreats in some of the most scenic areas of Japan.

We already know that fresh green tea is one of the healthiest beverages on the planet, but recently more evidence has emerged to support that claim. Packed with anti-oxidants and bioactive compounds, it increases metabolism, heart, brain and immune functions, and even reduces bad breath! One warm nutraceutical cup is exactly what we need to be drinking now.

Of course, travellers are flocking to the tea-growing rural regions of Japan not only for the restorative virtues of tea, but naturally, because of its taste! For tea lovers, the lush Japanese countryside has a powerful association with exceptional green teas. Each sublime sip imbues the drinker with a true taste of the natural meditative and nutraceutical qualities of this aspect of Japanese culture and tradition. Japanese green teas are typically steamed to maintain nutrients and elicit sweet vegetal notes, and brewed at lower temperatures and for shorter durations to encourage optimal flavour. As with many blends of green tea, Japanese green teas (served both hot and cold) are prized for their myriad health benefits, including being rich in antioxidants, contributing to the burning of fat, lowering cholesterol, and enriching brain function, to name only a few. 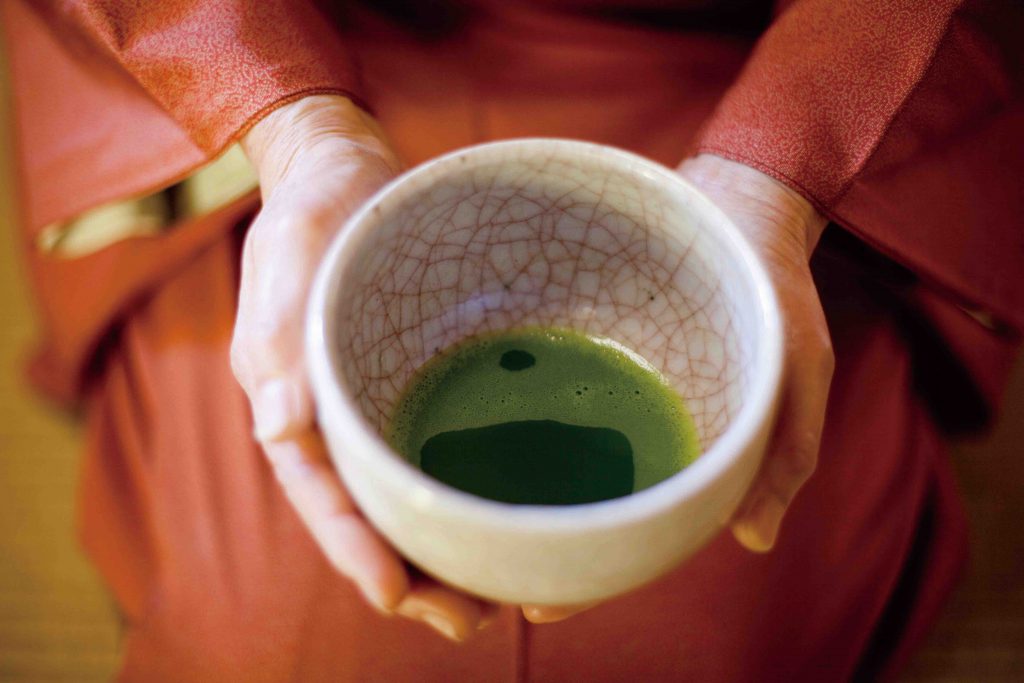 Originally consumed by only the royal and religious classes in the 9th century, green tea has since spread across Japan, with the three largest tea producing regions being Shizuoka, Kagoshima and Mie—each offering tours to tea plantations, hands-on tea picking, and tea-themed spa treatments! Kyoto is also a major green tea centre: in Uji City, the aroma of tea perfumes the air. There are workshops in green tea harvesting and ceremony, in which visitors can make their own tea and even learn to design their own garden in which to enjoy it. Kyoto City is renowned for the traditional Japanese tea ceremony, and opportunities to experience this abound. 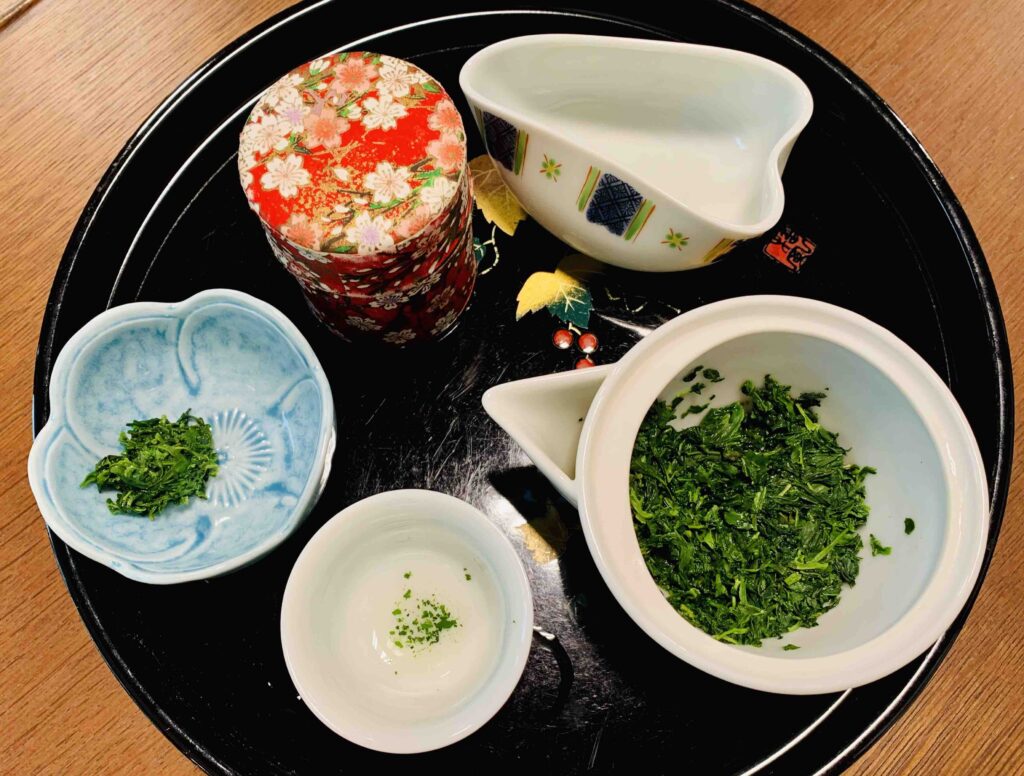 While Kyoto’s tea ceremony aims to impress, Kanazawa’s aims to stand out. There is gorgeous pageantry to their love of green tea, with brightly-coloured walls, Wajima lacquerware dusted with gold, and expertly arranged servings of red and white bean paste confections. Within the Chaya-gai District’s rows of two-story wooden houses lies the centre of Kanazawa’s tea culture. Romance and exclusive social traditions are all evident as the mystical notes of a shamisen guitar echo in the distance.

Shimane has its own unique matcha culture, in which they dispense with the ceremony to simply enjoy green tea in the most immaculate gardens in Japan. In Matsue, wagashi workshops enable visitors to make their own intricate sweets to accompany their frothy matcha.

Since Japanese green tea is steamed, not pan-fried, and not oxidized, it is the perfect liquid accompaniment to a crisp fall or winter morning. Each sip is like drinking in a therapeutic and calming garden tenderly harvested in Japan.

Here are all the different kinds of green tea available, and how to prepare them for optimal quality:

Home Cooking Gets A Kick in the Pans

Shincha – harvested before first flush, these are the youngest new-growth leaves. Steep at 80º C for 40 seconds.
Sencha – The most popular tea in Japan, representing 80% of all production. Steep at 70º C for 1– 2 minutes (to taste).
Bancha – harvested from the same plant as sencha but later in the year, during the second flush, so it is considered a lower grade. Steep at 80º C for 60 seconds.
Gyokuro –high quality green tea, made from smaller-leaf cultivars and grown in the shade for three weeks prior to harvest, yielding higher amounts of chlorophyll, sweeter notes and richer colour. Steep at 50º C for 2 minutes 30 seconds.
Kabusecha – shaded for one week prior to harvest. Steep at 70º C for 2 minutes.

Houjicha – kukicha twigs are roasted with sencha or bancha leaves. Golden brown in colour, with a toasty flavour. It’s low in caffeine, making it a popular choice after meals or before bed. Steep at 90º to 100º C for 30 seconds.
Genmaicha – combines toasted puffed rice with sencha and bancha. It is popular for its combination of grassy notes and roasted rice. Steep at 90º C for 30 seconds.
Kukicha – (also called Kariganecha) a blend of gyokuro and sencha leaves and stems. It has less caffeine than sencha. Steep at 80º C for 60 seconds.
Matcha – shaded before harvest, the leaves, called tencha, are ground into a fine powder. Typically prepared during a Japanese tea ceremony, 2 to 3 tea scoops are whisked in a bowl (from side to side – not in a circle) with 90º C water until frothy. 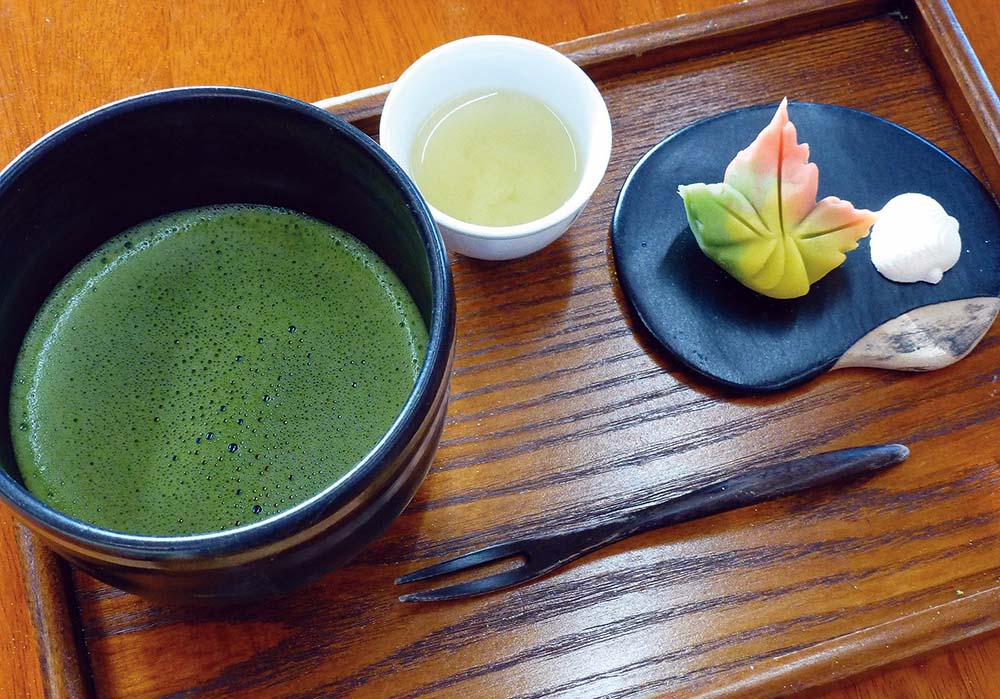 Kamairicha – leaves are pan-fried for a mild roasted flavour with sweet notes. Steep at 70º C for 2 minutes.
Tamaryokucha – coiled tea (also called guricha – curly tea) because the leaves are rolled instead of kneaded. It has citrus and grassy notes. Steep at 70°C for about 2 minutes or 80°C for about 1 minute.
Aracha – includes the leaf blade, stem and other pieces of the plant. Noted for its deep green colour and bold taste. Steep at 50º C for 2 minutes 30 seconds.
Fukamushicha – Leaves from sencha, gyokuro, kabusecha and bancha can be deep-steamed for a longer time than usual – 1 to 2 minutes. (Usually, green tea is steamed for 30 seconds to 1 minute.) Steep for 30 seconds at 80º C.