And, as it happened, Edwina Sandys career as a world-renowned artist and sculptor was born via a box of Magic Marker pens that was left over from a previous project in politics. “I started drawing with them and they looked quite nice, so my husband and I decided to frame them and put them around the house,” she says. A guest spoke about a break-in where the thief took all the art from his gallery, and, while admiring her work, said, “Why don’t we have some of yours?” They all sold at £20 each. 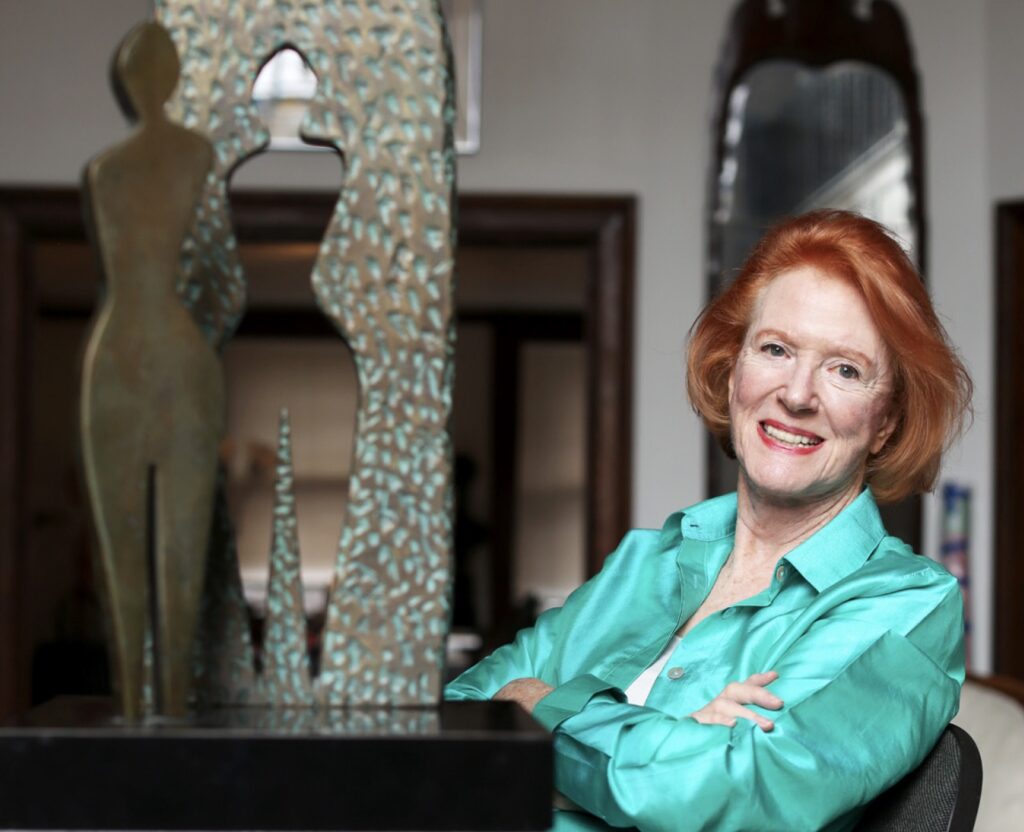 As a child Edwina was surrounded by art and culture. She would stand behind her grandfather, Sir Winston Churchill, and watch him work at his easel. While Pablo Picasso said of him, “He could have earned a good living as a painter,” his destiny also lay elsewhere. I digress. This British born, New York based artist has, over the course of her 40-year career, received international acclaim for paintings, prints and sculptures that boldly address themes and issues related to women’s rights, democracy, freedom and peaceful existence. 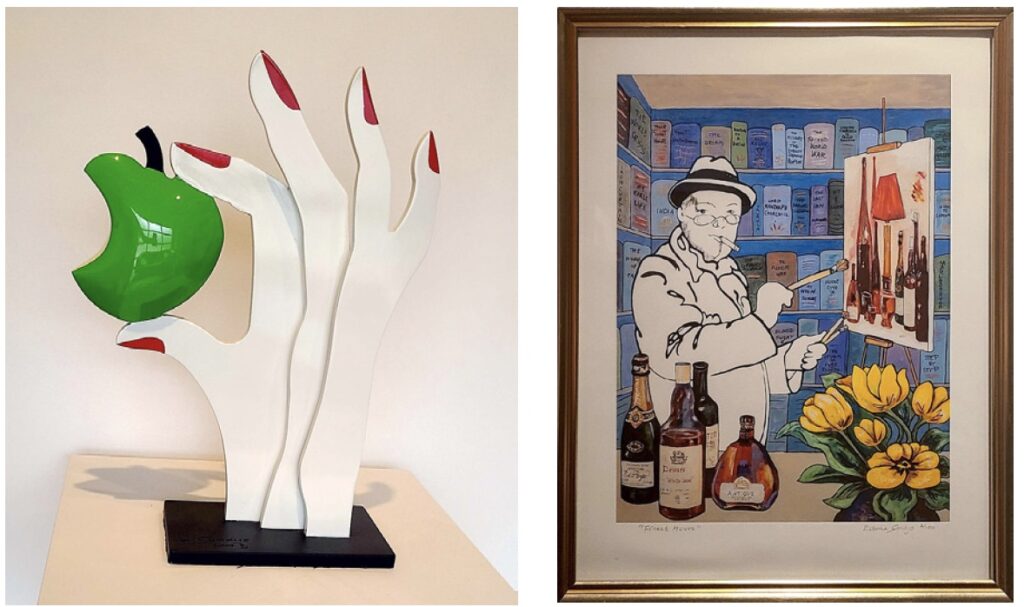 David Liss, the exhibition curator writes, “Her up-approach and style are characterized by a lyrical interplay between positive form and negative space in two and three dimensions that embody metaphors for human presence and absence, and the role of the individual within society.” 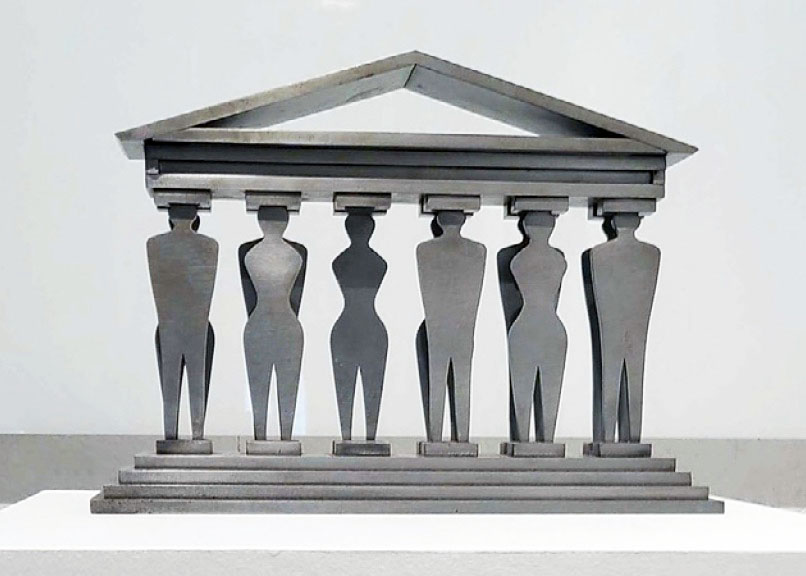 Her successful, month-long exhibition Woman Free at the Iona Studio in Toronto has just ended. Canada has been important for Edwina, as some of her pieces are displayed in Windsor, Ontario. As well, her life-sized sculptural commission, Pillars of Justice stands at the The McMurtry Gardens of Justice. The Greek temple facade is supported by two rows of pillars in the shapes of eleven members of the Jury, awaiting the twelfth member. The twelfth Juror pillar is left empty so that people may step into and interact with the sculpture.