All Roads Lead to Rome

Created more than a century ago, OKA cheese, with its fine fruity aroma, fresh buttery taste, featuring a hint of nuttiness, and its ever-so-slightly bitter finish, has become a key part of any Canadian cheese tray.

Since 1893 OKA cheese has been a stalwart champion of the many fine cheeses produced in Quebec and one of the jewels of Canadian gourmet heritage, taking first place in the 2016 Canadian Cheese Awards and the British Empire Cheese Show the same year. OKA L’Artisan cheese also won a silver medal at the 2015 World Cheese Awards and a Caseus Prize in 2016 and 2017. More recently, OKA L’Artisan single-serving cheeses won the Best New Product Award 2018 in the snack cheese category, a prize awarded after a vote by Canadian consumers.

Before being produced by Agropur on the Chemin d’Oka, in the town of Oka, OKA cheese was produced and sold in the very places where a Trappist monk from France had originally created it. It was made with milk from an abbey farm located in Oka, Quebec. In 1981 the recipe was sold to Agropur, and today it is produced using wholesome pasteurized cow’s milk from farms in the Lower Laurentians and surrounding areas, and washed with a typical ripening culture that gives its rind a golden hue. 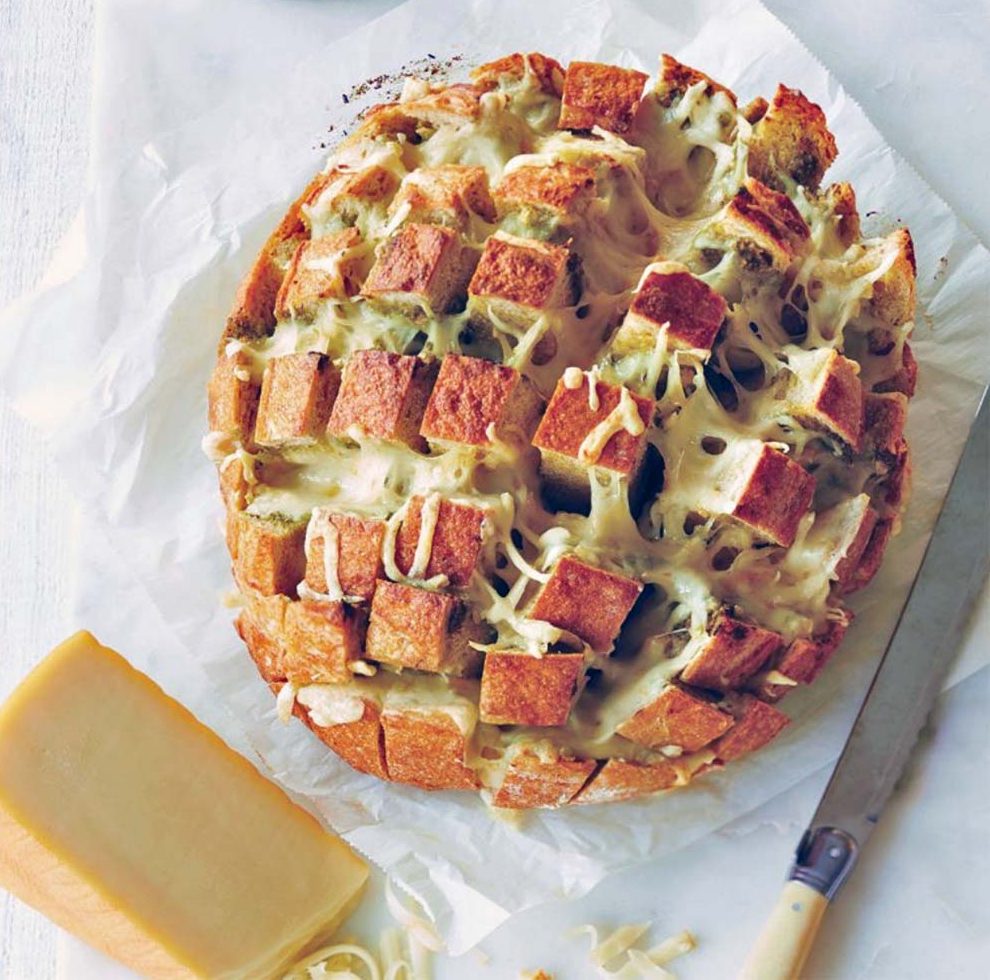 Preparation
1. Combine oil, chopped garlic, pesto and mustard to make a smooth vinaigrette. Reserve to pour over the top before baking.
2. With a good bread knife, slice the bread every 1 inch, ¾ of the depth of the bread. Turn the bread 90° and repeat, giving one-inch square bread strips still all attached together as a loaf.
3. Insert slices or grated cheese between as many bread strips as possible and place on a baking dish. Pour the oil mixture over the top allowing absorption between slices.
4. Bake at 375 °F for 20 to 25 minutes until the cheese inside the bread is completely melted.

Adam Waxman is an award winning travel journalist focusing on food, wine and well being. As well as an actor in film, television and formerly, the Stratford Festival, he is the Associate Publisher and Executive Editor of DINE and Destinations magazine.

All Roads Lead to Rome

How to Brew Japanese Tea

Latkes in the Sky with Diamonds