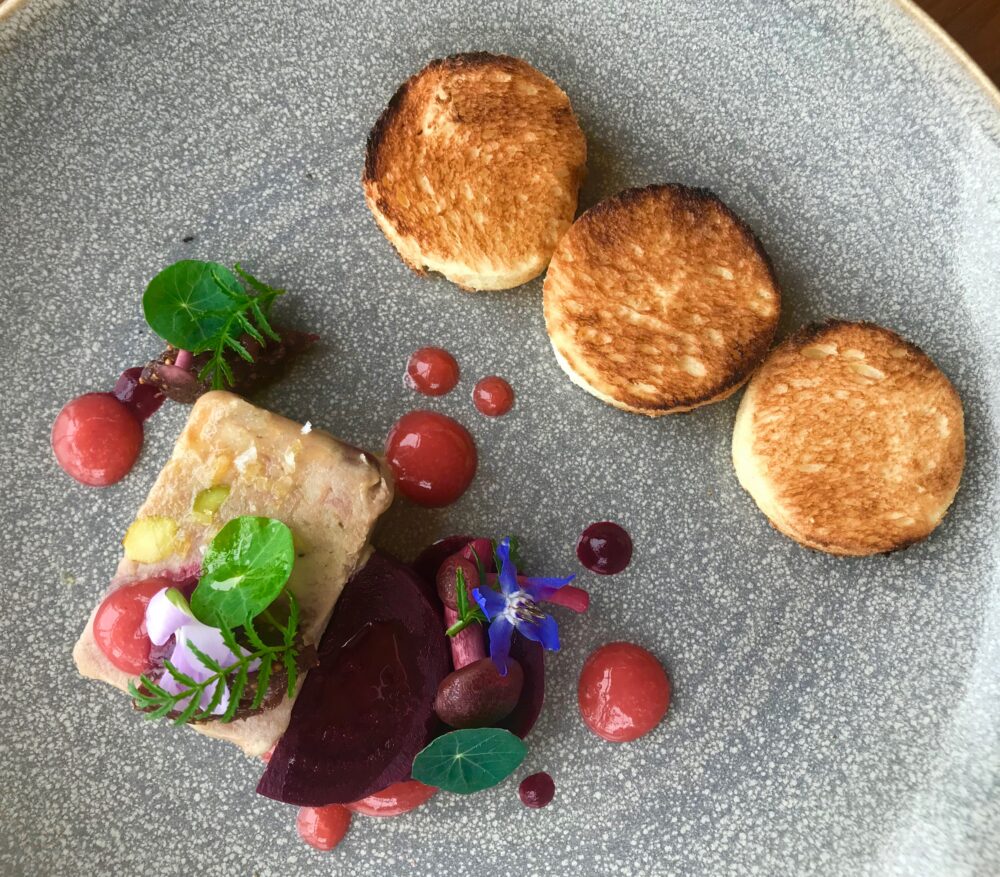 Where To DINE Now: Scaramouche

Veering off the highway to an undulating side road beneath the escarpment, we reach the quite stillness of Redstone Winery. The aroma of spring, the warmth of the valley, and the occasional baa-ing of sheep from the vineyard immediately set the tone for a pleasant afternoon.

This third installment of Moray Tawse’s exploration of terroir—after Tawse in Vineland and Marchand-Tawse in Burgundy—Redstone, named for its red clay soil and large stones, yields wines from organic and biodynamic harvests.

There is a simple philosophy to this method: healthy vines yield better quality fruit. Grapes are handpicked, and in addition to human hands, animals, too, are employed to maintain balance in the fields.

Organic farming involves caring for the vineyards without the use of synthetic insecticides, fungicides and fertilizers.

Biodynamic farming means working in concert with the energies of nature that are already at work. The soil is a living organism with natural cycles that work symbiotically with microbes and nutrients that can benefit the vines. That means instead of using crop spray, chickens roam the vineyards to eat the bugs. A flock of sheep eat the leaves of the vines to expose the grapes to more sunlight. Horses are used instead of tractors to avoid soil compaction.

Healthy land produces healthy vines, and that positive energy is translated into the wine. 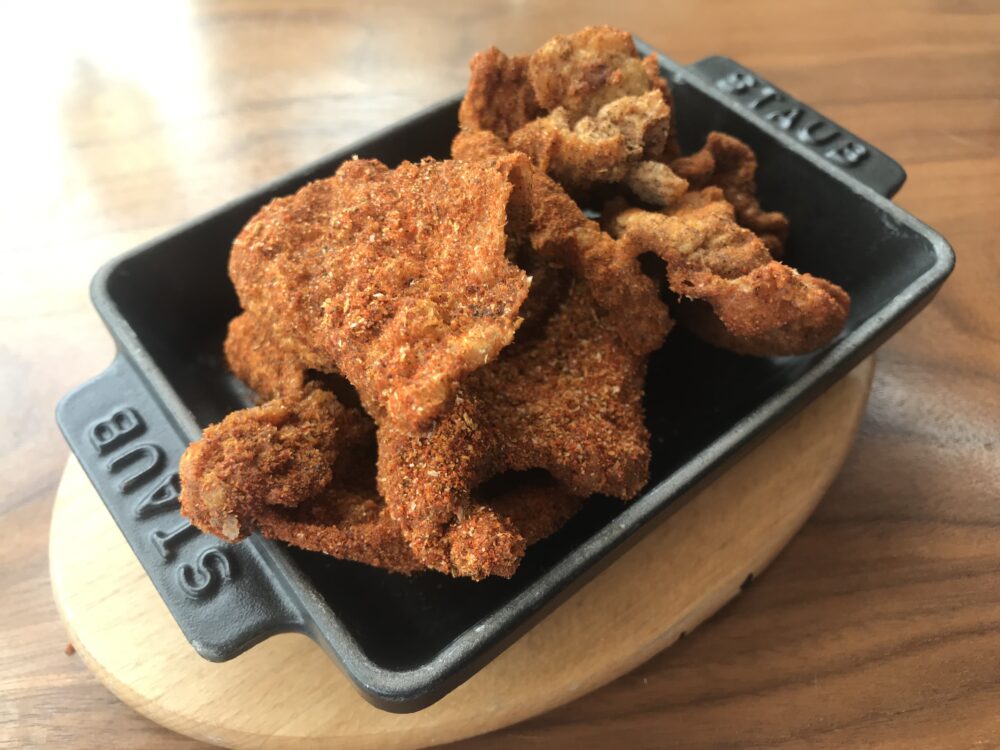 The best way to fully appreciate wine is with food, and so we dine in the Restaurant at Redstone overlooking the gently sloping vineyards with the lake in the distance. (Pro tip: the patio is highly sought after in summer.)

A clean flute of sparkling wine from the Limestone Vineyard has a refreshing nose with a subtle essence of caramel and apple. This blend of Pinot Noir and Chardonnay is versatile, and begs for the right pairing, which we find in the fried chicken skins. Crisp, crunchy, dusted with paprika, and dunked in lemon garlic aioli, these addictive nubbins make an obligatory duo with the sparkling. 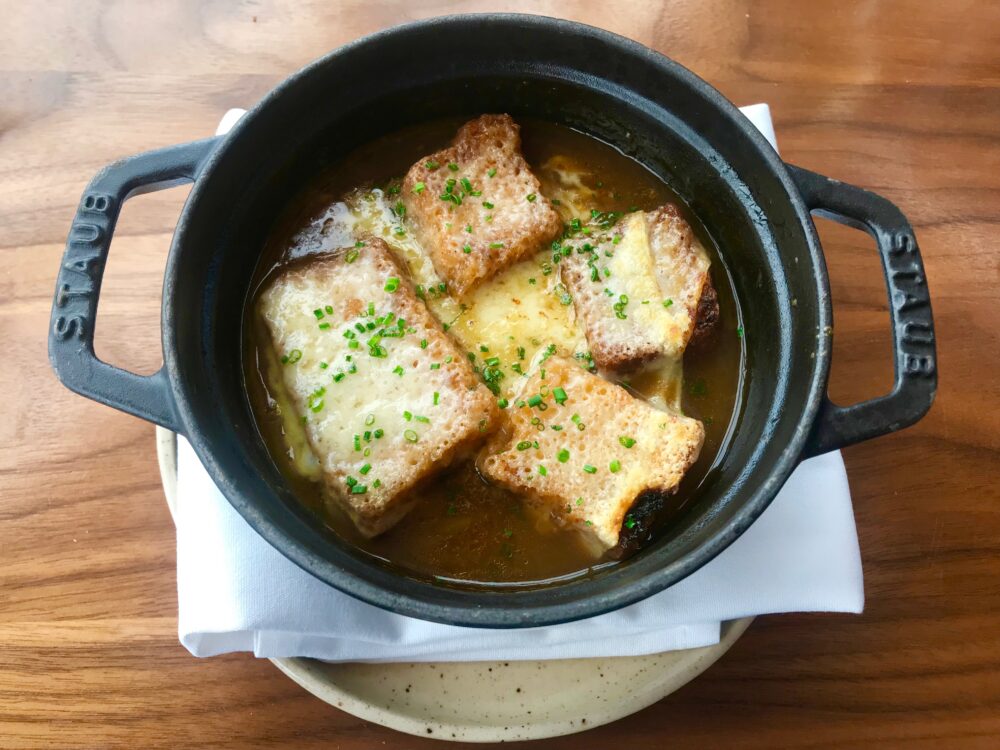 A hearty steaming bowl of caramelized onion and Tawse cider soup, simmering in a layer of Gruyere cheese is richly textured and lavishes large crunchy brioche croutons with wholesome goodness. The minerality of the Riesling, aromatic and sprightly, makes an earthy pairing balanced by its citric and honeysuckle notes.

One glass that we cannot pass up is one of Redstone’s Genesis wines, the 2010 Merlot. It has softened with age and is wonderfully textured. Silky tannins lead to a velvety smooth, round mouth-feel of plum-y fruit with notes of cassis and chocolate.

Where to DINE Now: MIMI Chinese 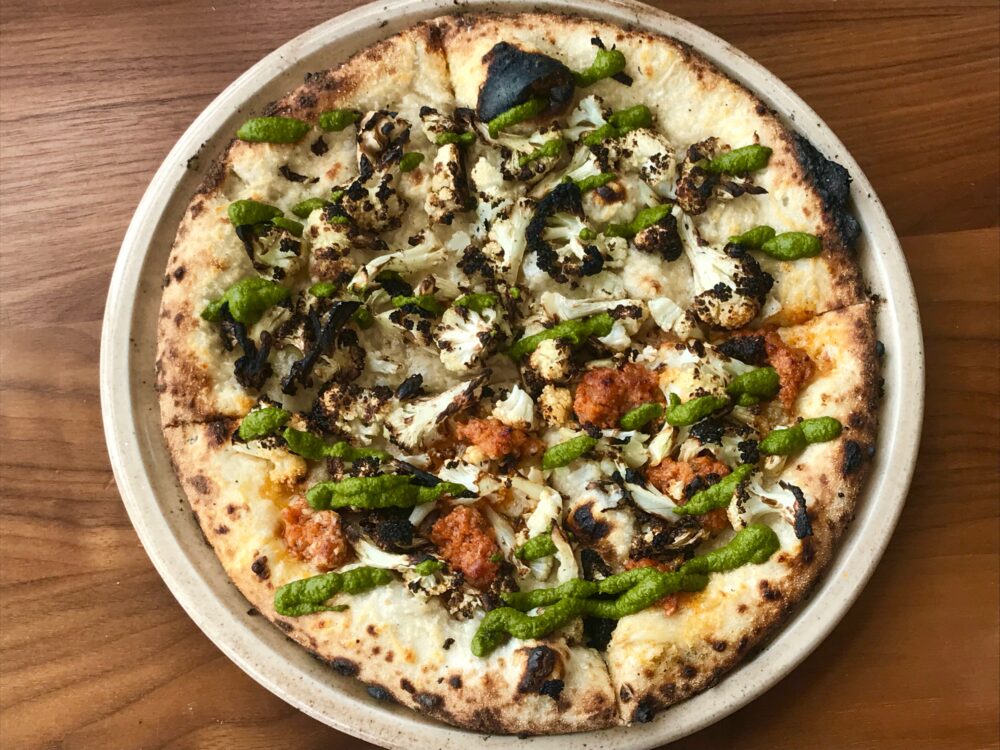 A platinum medal winner at the National Wine Awards, the 2013 Redstone Chardonnay, is a stand out. It has been aged 12 months in neutral French oak so that it’s distinct from the more oak-y, buttery Chards. Like the merlot, the citrus and limestone qualities in this wine are balanced with soft tannins for a smooth, well balanced structure. We pair this with the charred cauliflower pizza. This is a tricky pairing because of the salt from the nduja and the salsa verda. The sparkling works just as well, but the Chardonnay cuts the fat and embraces the chard cauliflower.

The winemaking team helmed by Rene Van Ede and under the guidance of Paul Pender expresses a Northern Rhone Valley sensibility. Smooth, soft tannins reign supreme, and the reds, in particular, are true to their varietal. The kitchen shows its field-to-fork flare with a confit duck terrine, enlivened with beets, rhubarb fluid and beet-pickled honey mushrooms which, depending on how we share this dish, pairs well with the elegant Cab Franc, ripe with black currant and a hint of pepper. 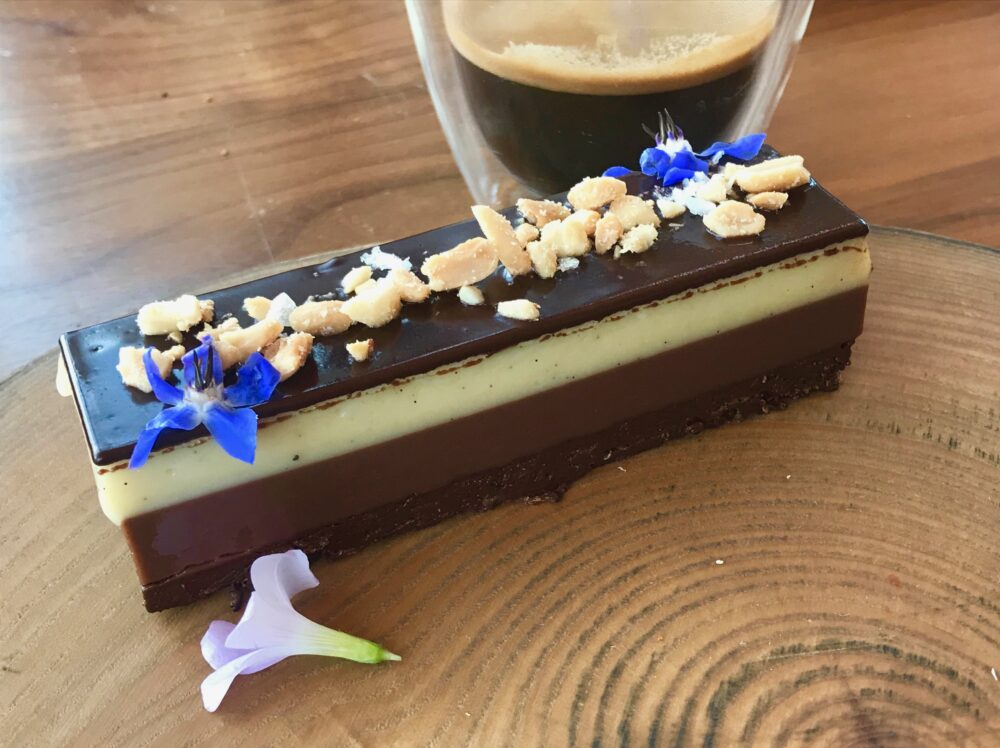 Looking out over the vineyards we muse that soon the summer concert series will be upon us, met with great anticipation. Live music plays every Tuesday, and yoga in the vineyards also deserves at least a toast or two. For now we indulge in a chocolate and peanut praline with toasted peanuts and sea salt that marries perfectly with the Cabernet Sauvignon Icewine. It’s an ambrosial blend of sweet and tart notes from raspberries to blueberries and lingers on the palate for as long as we linger at our table, gazing at the sheep that prance back and forth, back and forth.

On The Trail of the Perfect Peking Duck

Where To DINE Now: Scaramouche