Let’s give credit where credit is due. Raise a glass and make a toast to Poland and its gift to the world… With vodka of course.

Vodka has taken a circuitous route around the globe since the Middle Ages, traveling first class as well as steerage to become one of the world’s best selling spirits. From humble beginnings in the region of Poland/Lithuania (now Belarus) it was distilled and quaffed in vast quantities by peasants and nobility alike.

It was a simple process. Anyone could do it, and many a farmer who planted rye, wheat, potatoes or sugar beets distilled his own vodka. In 1580 in the city of Poznan there were 498 working distilleries. Too good for the hoi polloi. The nobility was granted a monopoly by the government to produce and sell Vodka.


Tsar Alexander III of Russia got involved in 1894, and assigned Dmitri Mendeleev to create and establish quality standards: the ideal alcohol content was 38%. Looking at the Vodka bottles in my cabinet, the range is from 40% to 50%. Stolichnaya Elit from Russia is one of the most expensive, no doubt because of a new freezing filtration system.

In The Vodka Belt, Eastern Europe and Nordic countries, they drink it neat. In North America we like cocktails: Bloody Mary, Screwdriver, White Russian, and of course, the Vodka Martini. When James Bond switched from Gin to Smirnoff, ( a brilliant film product placement) vodka sales lurched upward. The movie Sex and the City featured the Cosmo… and the rest is history.

Is there a country in the Western world that does not have it’s own brand of vodka? 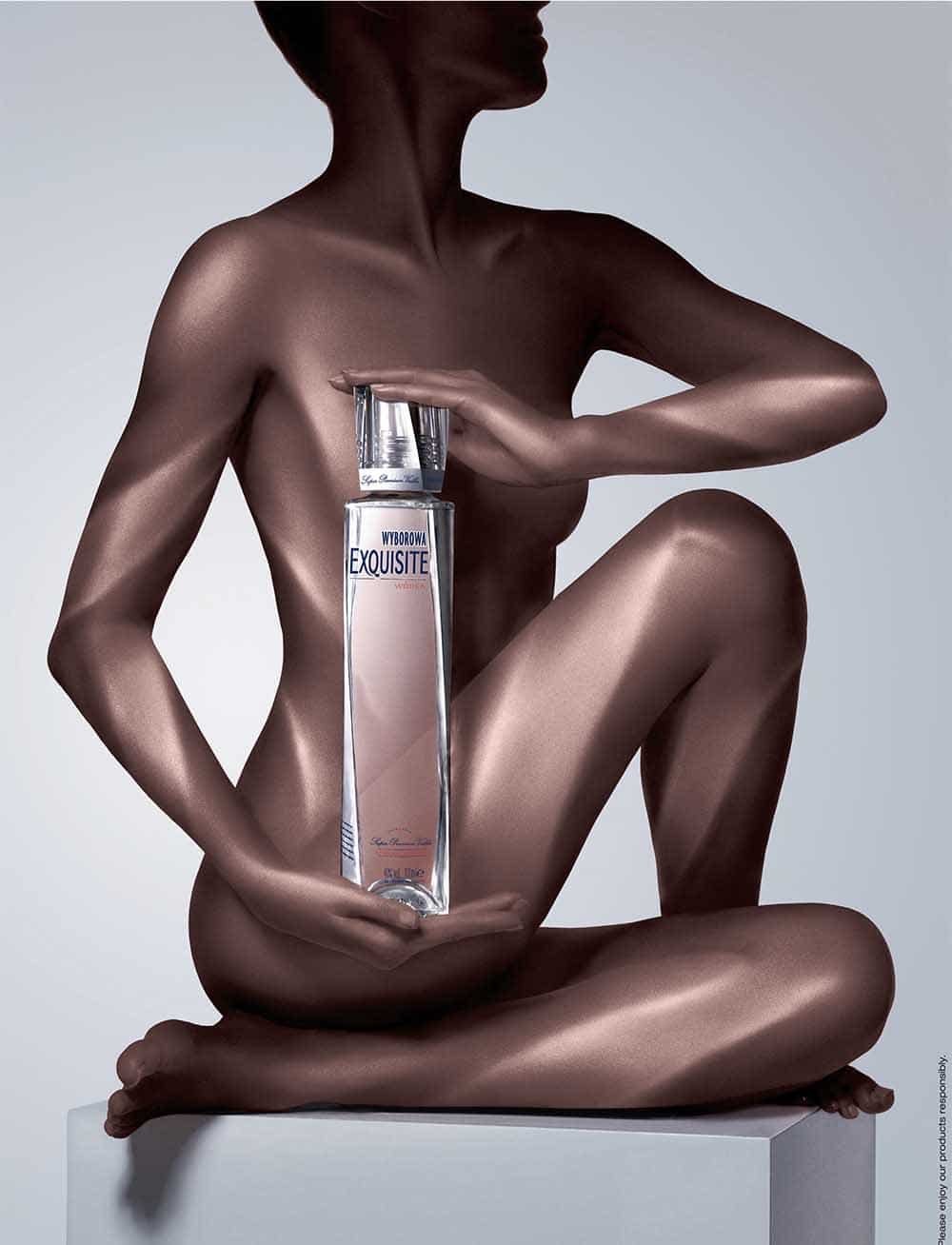 Wyborowa Exquisite follows production methods that have been perfected over 500 years. It’s produced in Poznan from a single variety of premium rye. Purified many times it is then bottled in beauty. The bottle design by renowned architect Frank Gehry, conveys a fusion of Polish heritage and contemporary sophistication.

Zubrowka, which contains a decorative blade of Buffalo grass, is flavored with a tincture of buffalo grass found only in a forest in Poland and Belarus. Unique in its yellowish color and flavor, it has been copied by many countries, but remains registered in Bialystok, Poland.

Grey Goose Vodka, distilled and bottled in the Cognac region by Francois, the man who has been making cognac for 25 years, is among the world’s most popular. Made of soft winter wheat from Picardy, when ground, the aroma is like a French bakery. Still, creative people must create: ergo, Grey Goose Citron, Poire, and L’Orange. Dimitri Lozinska, Grey Goose Ambassador, Cocktail Curator and mixologist extraordinaire says, “100% natural, no additives, the orange and lemon are all made from the natural essential oils of the fruit, and the pear is made of the pear itself.” 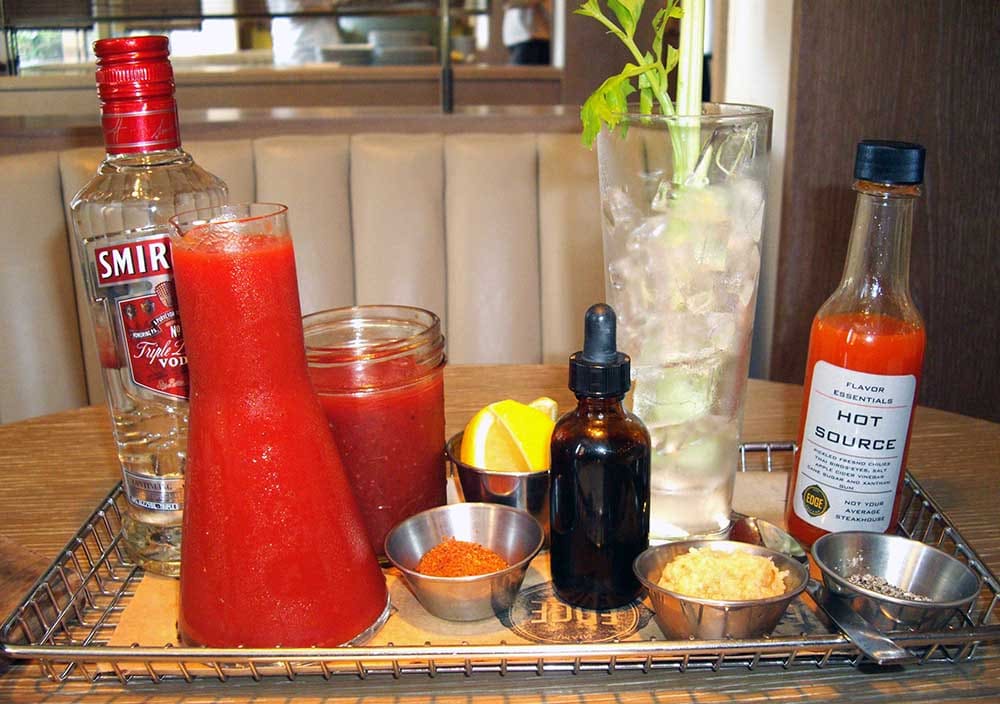 Absolut Vodka from Sweden has covered the entire flavour spectrum of fruits from Kurant to Raspberry to Mandarin and is probably the best known in the world. When flavoured vodka began to dilute their image, they reverted back to promoting the original brand.

Vodka is broadening its horizons with a host of new brands and blends.

Akvinta, the first Mediterranean luxury vodka to hit our shores has been filtered through five natural filters: charcoal, marble, silver, gold and platinum. Getting on the bandwagon, Donald Trump created a namesake vodka distilled in the Netherlands and packaged Trump Vodka in a tall, gold bottle. Not a big seller, it was discontinued in 2011. Villa de Varda, an Italian distiller has introduced Pinot Grigio flavored Vodka Italiano. Tito’s Handmade Vodka hails from Austin Texas, and is filtered through active charcoal and reasonably priced.

Pinky was created in Sweden about ten years ago and immediately became the 2nd best selling vodka at Duty Free Shops. Vodka infused with strawberry and violet, it is aimed at women and co-branded with Agent Provocateur, a line of lingerie hard to find in conservative Ontario. Crystal Head Vodka, the brainchild of actor Dan Ackroyd, which was originally banned at the LCBO in Ontario for some time, is now stocked on the shelves. Proper Ontarians had initially felt that the image of a human skull, commonly associated with death, was an unpalatable concept at the retail level. The purists stay with the classic vodka made according to the formula of Tsar Alexander III. Russian Standard Vodka is the most widely drunk vodka in all of Russia.


My Dad believed that one oz of vodka every day helped blood circulation. He would down a shot, neat, and smile, “It makes weak men strong and strong women weak.”

Quebec City, The Romance of History