Along the saw-toothed coastline of Virginia, fresh mountain water streams to the estuaries of the Chesapeake Bay. There are eight distinct regions for plump, meaty oysters to proliferate. At one time, early colonist William Strachey noted, “Oysters there be in whole banks and beds, and those of the best. I have seen some 13 inches long.” Virginia Beach is the southern end of the Virginia Oyster Trail. 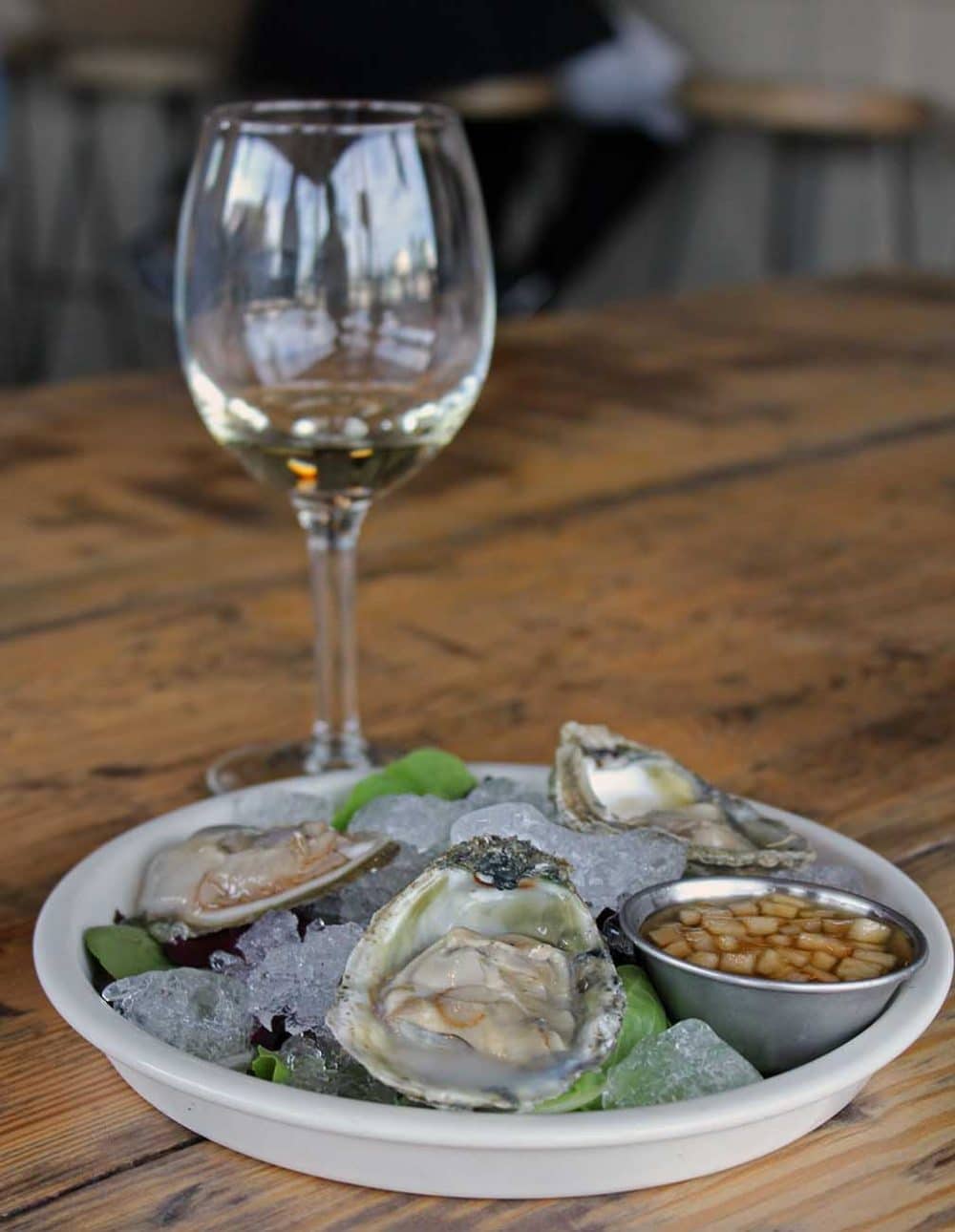 At the Chesapeake Bay Foundation’s Brock Environmental Center we learn about these diploids and their keystone role in replenishing their ecosystem by enabling sanctuaries for other aquatic life within their reefs, and by each adult oyster filtering up to 50 gallons of water every day. All oysters are born male. After two years half of them become female. Each one can produce up to 50,000 per year. Their flavour comes from the salinity levels of where they’re grown. Water clarity, depth, temperature and substrate are all a part of the oyster’s merroir. Dining in Norfolk is the pearl in the shell. At Todd Jurich’s Bistro, I indulge in a velvety pumpkin and jumbo lump crab soup with cinnamon toast. I ladle an “old family recipe” of oyster stew with smoked bacon, mashed potatoes and chives, so rich and savoury it beckons a local saison from Smart Mouth Brewery and another round of fried oysters. Seated at the Apothecary Bar in the newly minted Hilton Norfolk The Main, I admire a showcase of the sea on ice—mounds of James River, Misty Point and Blackberry oysters, colossal peel-and-eat shrimp and stone crab claws. Ushered into the adjacent Saltine, a multi-course tasting menu awaits with the bounty of local produce from Virginia blue crab cakes, to plump diver scallops with wild mushroom risotto and crispy kale in a vanilla Riesling sauce, to wasabi pea-crusted tuna with green tomato chutney and citrus couscous. 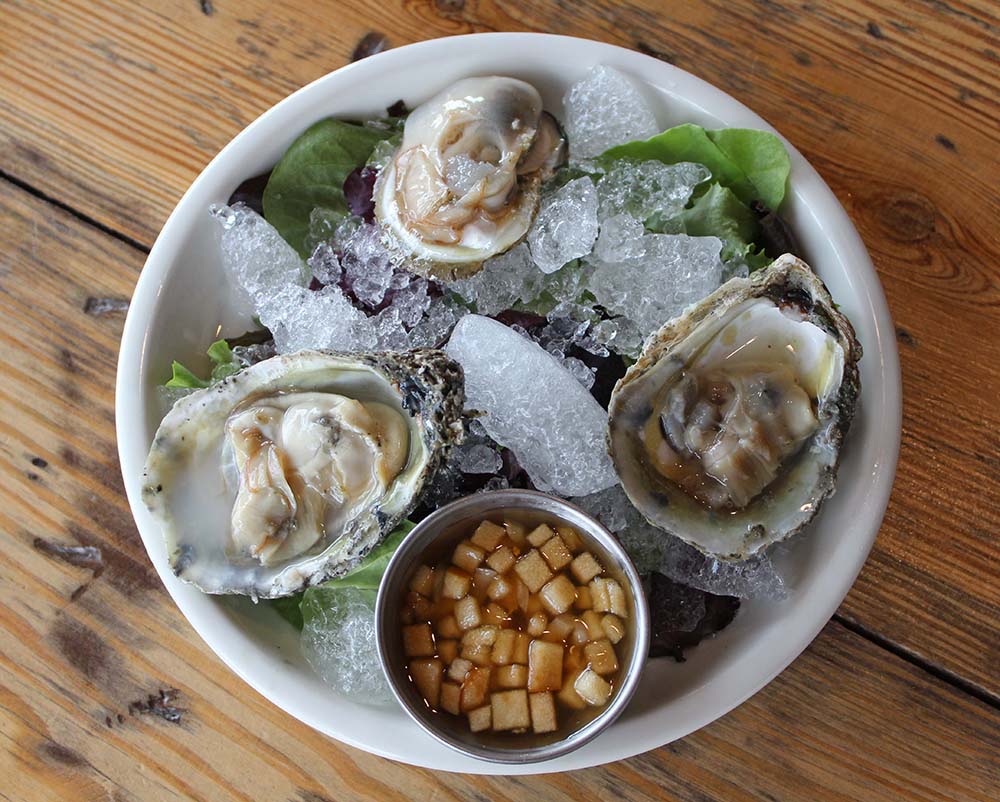 In the Northern Neck of the Oyster Trail, merroir meets terroir at Dog and Oyster Vineyard. I feed the vineyard dogs and enjoy pairings of wine and oysters by Chef Bryan Byrd of award winning Byrd’s Seafood Co. Sippin’ and slurpin’, I begin with tacos of lightly fried wild-caught Rappahannock oysters, topped with sriracha lime slaw and wrapped in a flour tortilla. Basil pesto-roasted oysters pair with a glass of Chambourcin. The dark cherry and licorice notes of the Merlot pair with the smoke and heat of the chili garlic-roasted oysters—each one cooked on the half shell to a “medium rare” so that the oyster liquor is still in the shell. Chili garlic is added in, and when I slurp it back it tastes like a bowl of pho with an oyster in it.

Rappahannock River is one of the cleanest rivers on the east coast, and its oysters are among the sweetest and most delicious. On the dock of the Rappahannock Oyster Company’s Merroir restaurant, I sample the quintessential taste of Virginia: oysters roasted with garlic butter. One platter of baked oysters with herb butter and local Edwards Virginia ham is followed by another platter of barbequed bourbon chipotle-grilled oysters, which I pair with an aromatic Provence-style Rosé from Chatham Vineyards.