Hold on tight! When mounting a camel, as it rises, it can feel like you’re that last piece on a Jenga tower. We begin our trek into the quiet of the desert, accompanied only by the hollow echo of the wind. It’s hard to believe that an ocean is just over the dune; that a city is minutes away by car; that we’re not in the middle of the Sahara; we’re in Japan.

A magnet for thrill-seeking sand-boarders and para-gliders launching off the cliffs and hurling down the slopes, the Tottori Sand Dunes offer an adrenaline rush with spectacular panoramas unlike anywhere else in the world. This unique 32-km2 stretch of desert is an enigma within the sea- and wave-eroded geo-park that makes up the rocky crags of Japan’s coastline. Just outside the dunes area is the world’s first sand museum: Colossal structures that make even the most intricate sand castles look like they were made with a child’s sand pail set. Every year an international team constructs installations composed entirely of sand and water, corresponding to international themes such as the Italian Renaissance. Each artist focuses on how light creates shadows, and where to chip to avoid collapse. 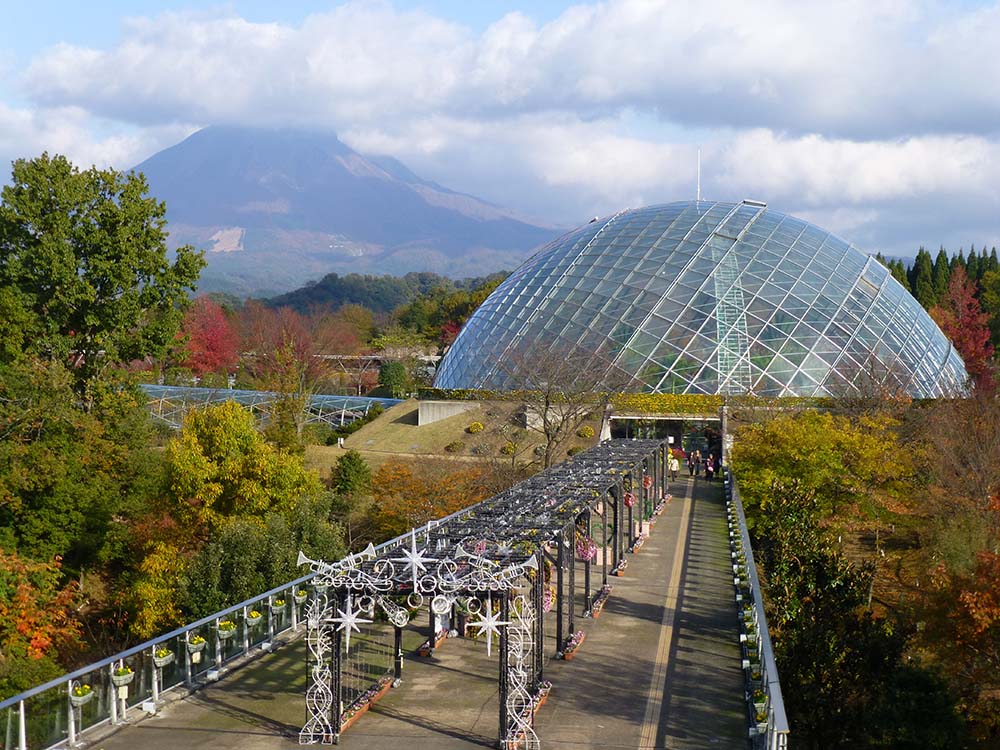 Strolling along the one-kilometre perimeter walkway eight metres above the ground at the foothills of Mt. Dai-san is the Tottori Hanakairo Flower Park. Below, there lies 50-hectares of resplendence. Western influenced with a distinctly Japanese touch, the aim is to create a garden unlike any other in Japan. Open year-round, on summer nights one million light bulbs illuminate the landscape. A central green house dome is a highly sought after wedding space containing 420 different species of plants as well as subspecies within.

Move over Kobe. Ever heard of the Wagyu Beef Olympics? The event is held every five years. Japan’s first champion was Tottori’s prized Olein 55 brand wagyu. Richly flavoured and buttery soft from its high oleac acid, if left at room temperature, it melts after 20 minutes. But who are we kidding? It already melted 20 minutes ago in my mouth. Goodbye diet; hello Tottori cattle. Grazing on the grassy slopes and volcanic soils of Mt. Daisan, they also produce the dreamiest, creamiest ice cream in the world, with flavours from vanilla to squid ink. 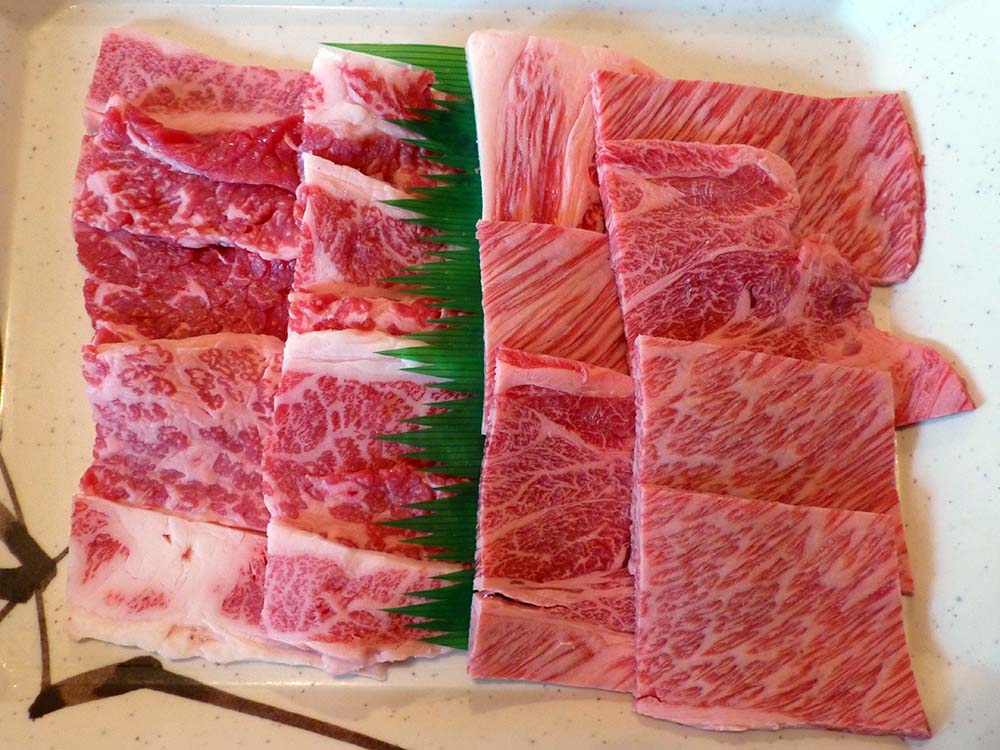 As we wind through the mountains into the lush forest of Chizu, the focus is on forest bathing, and the quantifiable effects on our cortisol levels from walking through these woods. The smells, sights and sounds of nature are so revered that even the local kindergarten is located outside within the forest.

At Mitaki-En restaurant we are lead down a wooded path toward another world. Doors slide open as we’re ushered to a lacquered wooden table around which we kneel in anticipation. The arrangement of ingredients, beautiful in their organic simplicity, is gathered from the woods upon our order. Mountain vegetables and mushrooms are picked just before our arrival. Daily-made tofu is nourished in the clean river water. We’d like some fish. With alacrity, our server hurries out to the stream, catches a river fish, grills it on a skewer and presents it with crisp tempura-fried leaves and rice with yam seeds.

An easy jaunt from Tokyo, each new discovery reveals a unique authenticity within a land full of surprises. 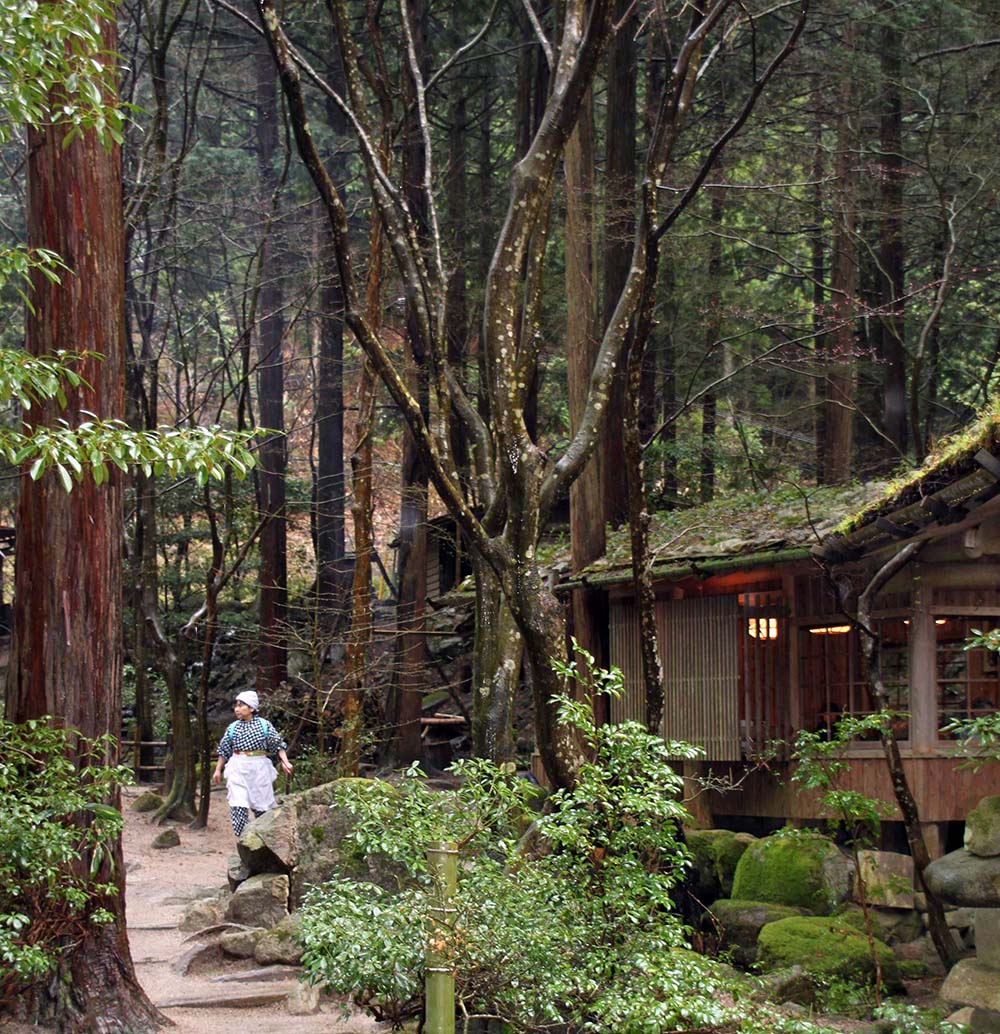