“Toronto shows it’s deserving of being the first Michelin Guide selection ever in the Great White North,” said Gwendal Poullennec, International Director of the Michelin Guides. “The diversity of the selection reflects the cosmopolitan soul of this exciting city. With 27 cuisine types, from Japanese Kaiseki to Italian, Mexican or contemporary cuisine, there’s something to please every foodie here. Toronto already was a multicultural place where people meet to enjoy architecture, arts and nature, and now it becomes a world-class destination for gourmets too.” 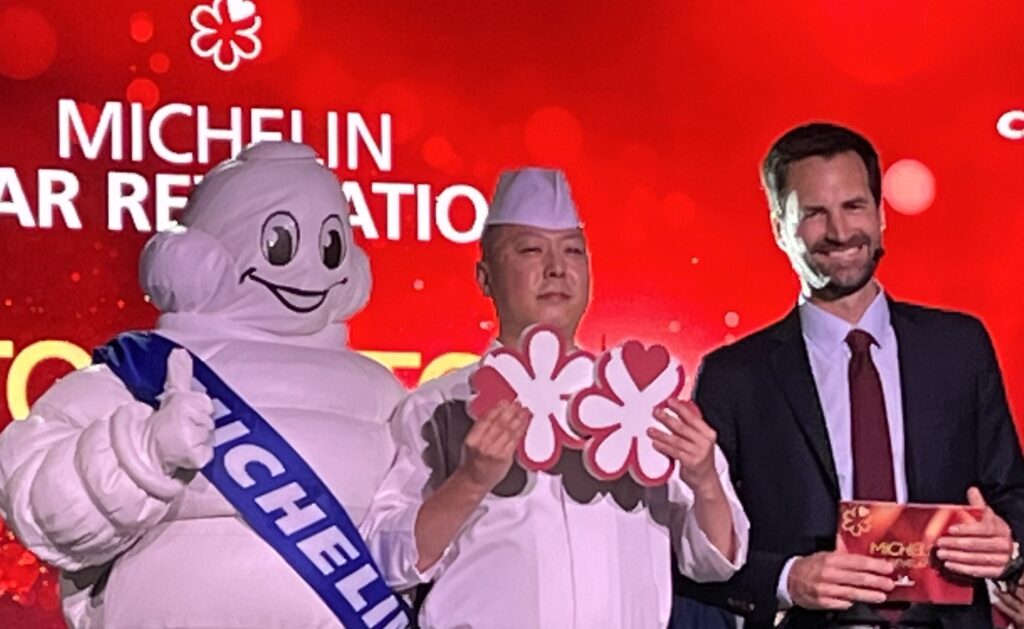 The Michelin Guide inspectors found 17 restaurants worthy of the Bib Gourmand designation, which recognizes great food at a great value. These are restaurants where one can have two courses and a glass of wine or dessert for less than $60 CDN. 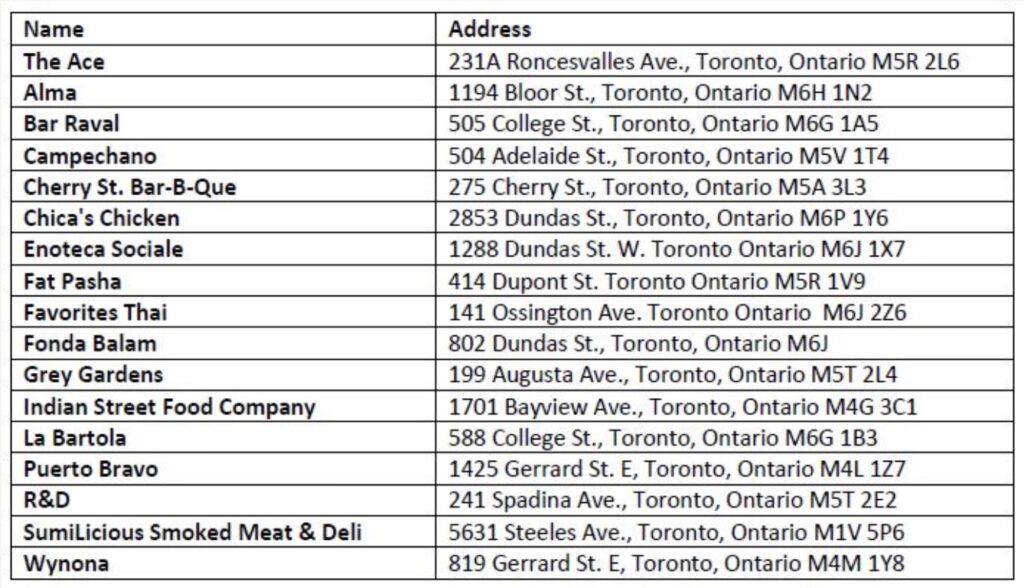 In addition to the highly anticipated Bib Gourmand and Star distinctions, the Guide announced three special awards. The Michelin Service Award, presented by Air Canada, went to the team at Edulis, led by husband-and-wife chefs Michael Caballo and Tobey Nemeth. Sommelier of the Year was awarded to Christopher Sealy and his team at Alo. And the Exceptional Cocktails Award was earned by the team at Osteria Giulia.

The electricity of excitement was palpable and as each honoree’s name was announced, there was spontaneous cheer and applause. If there were any disappointments in the room, they were not perceptible. There was joy and pride in the fact that a One Michelin Star restaurant in Toronto has met the same meticulous standards of a One Michelin Star restaurant in every corner of the world, whether Hong Kong, New York or Paris.

Congratulations Toronto restaurateurs!
Per ardua ad astra ~ Through struggles to the stars

Ambling Through Art and Design