TIFF hits the city with a shower of Stars every September.

The movies, the parties, the red carpets—a feast for the eyes. We find ourselves standing next to Alec Baldwin. We know him. We’ve seen his every mood, his every mannerism. But he does not know us. And here is Penelope Cruz. I thought she was taller. What can we say? We can only view these larger than life characters as we do on the movie screen. Silently, and with admiration.

Everybody Knows stars, Penelope Cruz and Javier Bardem, met and mingled with guests who couldn’t stop talking about the plot of this film, destined for industry awards. Food preferences and dietary restrictions were strictly considered, and Gluten free and vegetarian options: mini corn tacos, jackfruit tostada, shrimp piri-piri and ulunda vadai, were evident and much appreciated by the stars and guests alike. Mixologists outdid themselves, creating signature drinks with Ciroc, Johnnie Walker Black Label and Tequila Don Julio. 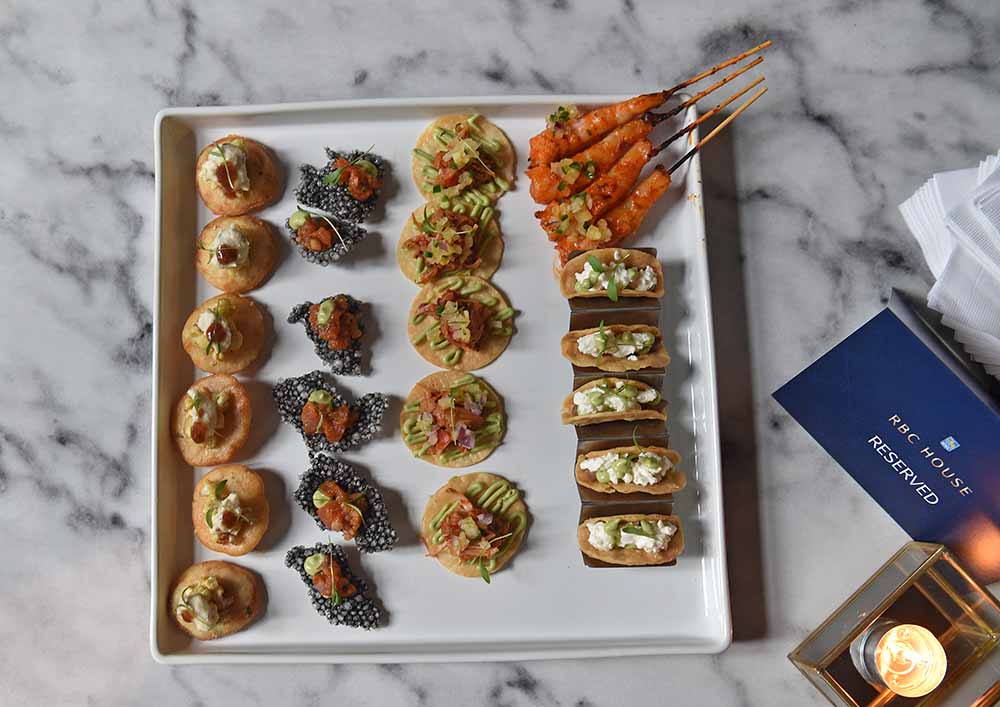 Kate Bekinsale, here to promote her film Farming, stopped by RBC House where guests and fans alike enjoyed signature cocktails. The party for The Public, a film with a whole galaxy of stars in attendance: Emilio Estevez, Alec Baldwin, Jeffrey Wright, Christian Slater, Jena Malone, Taylor Shilling, Gabrielle Union and Michael K. Williams ended when the cast departed to attend the screening of the movie. The film-inspired cocktails were a hit with all the guests. At an early evening party for the premiere of their film Driven, Judy Greer, Lee Pace, Jason Sudeikis and others mingled with guests. And two late parties which went on into the wee small hours were A Million Little Pieces, attended by the cast including Aaron Taylor-Johnson, Billy Bob Thornton and Odessa Young. Ending after 2:00 a.m., the cast of Green Book, Linda Cardellini, Viggo Mortensen, and Mahershala Ali and fans celebrated the premiere of their film.

I attended the festival the year it was founded, in 1976, with a handful of movies, some Canadian. They were shown in one theatre, after which there was one party, attended by (if we were lucky) one celebrity. With intelligent and careful administration this film festival has grown to international acclaim, and The Peoples Choice Award has become known as the predictor of which films will make it as contenders for the Golden Globes and the Academy Awards. TIFF is a major force in the film marketing world.

Pat yourself on the back Toronto movie-buffs, for having a good eye for award-winning films. See you at the best parties, same time next year!

Modus: The Value of Service