Garlic: everyone from Homer to Aristotle, and from modern scientists to Doctor Mom, has praised its uses. Egyptian pharaohs kept garlic in their tombs to keep themselves healthy in the afterlife. Ancient Greek Olympians used it as a performance enhancer during games. Roman legions are said to have eaten it to give them courage in battle. Even the bible mentions the usage of garlic. Long thought of as vampire deterrent, this internationally grown plant, revered for its nutraceutical qualities is now attracting tourists by the droves to Stratford Ontario.

The soil conditions in and around Perth County are rich with the nutrients required to grow the best quality garlic in the world, particularly Music Garlic. Its heavy clay based soil provides for exceptional nutritional value and flavour. It is also the home of the annual Stratford Garlic Festival.

A Brief History of Garlic

Garlic originated in the mountainous region of Kazakhstan and Kurdistan over 6000 years ago. Its popularity spread quickly as it became known as a medical cure for more than twenty two ailments including heart disease, tumors, leprosy, and dog bites. In both world wars the Europeans used garlic juice as a disinfectant as well as a preventative measure against gangrene when penicillin was scarce. However, it’s popularity since waned due to its smell, pungent taste, incitement of halitosis, and strong toxicity to dogs and cats. It then rebounded as a defense mechanism against birds, worms, and insects. Organizers of the 2010 G-8 Summit in Huntsville, Ontario are rumored to have considered spraying garlic in the surrounding area to fend off black flies. 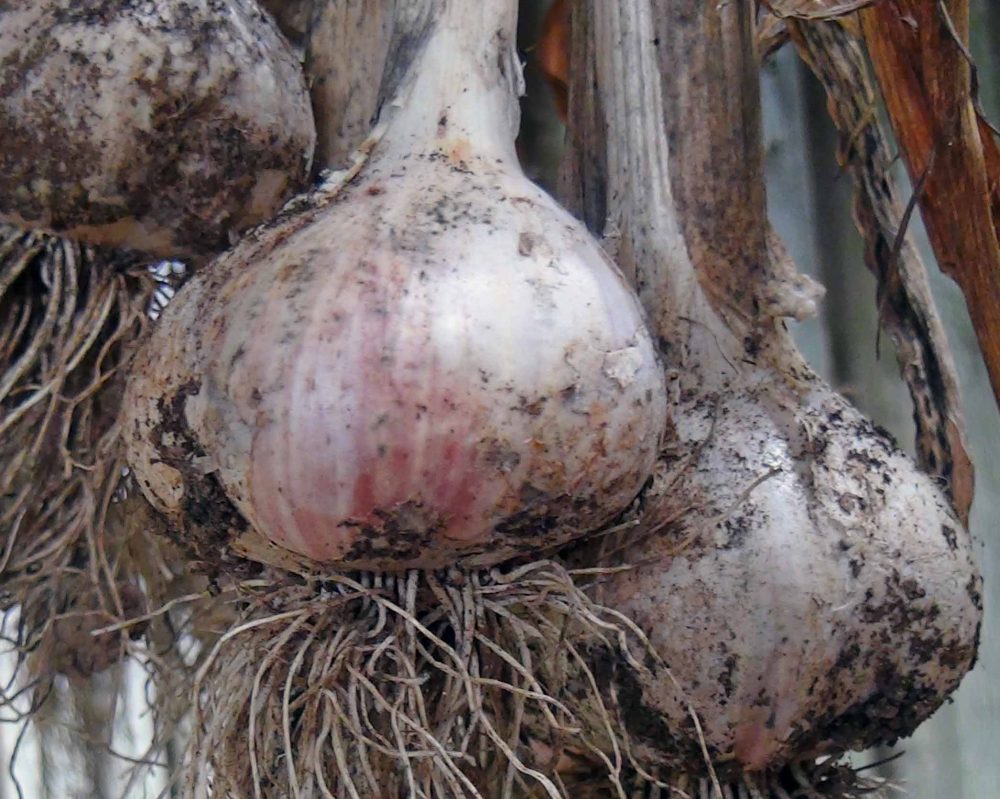 Introduced to Stratford in the early 1950’s as an organic pesticide, Southwestern Ontario garlic quickly proved to be more delicious than any store-bought imports. Bolstered by healthier lifestyle choices, the popularity of cooking with garlic rose again for keeping our cholesterol in check; detoxifying our liver; and regulating our metabolism by stimulating blood circulation. As word spread, so too did its exportation to kitchen tables as far away as South Korea and Japan.

China is by far the largest producer of garlic with approximately 10.5 billion kilograms (23 billion pounds) annually, accounting for over 75% of world output. Most of our local supermarkets carry Chinese garlic, but according to Henry Bell, executive officer of the Australian Garlic Industry Association, “if you’re buying imported garlic then sometimes you’re getting last year’s crop”; and in the case of Chinese garlic he points out that “it may have been cool-stored, treated with growth inhibitors to stop it from sprouting on the shelf, bleached with chlorine to make it look white and healthy, and has, by law, been fumigated with methyl bromide to kill bugs and plant matter.” Moreover, he adds “I know for a fact that some garlic growers over there use raw human sewage to fertilize their crops”. Why then do our grocery stores buy garlic from China while our own farmers export garlic to Asia? One main reason has to do with supply and demand. Due to the high cost of production associated with quality controls in place for Ontario farmers, the amount of garlic produced in Ontario in one season is much lower than that of international competitors. Because imported garlic is not as strictly held to the same standard as domestic garlic, quality, production, and labour costs can be much lower, enabling imported garlic to be sold that much cheaper. 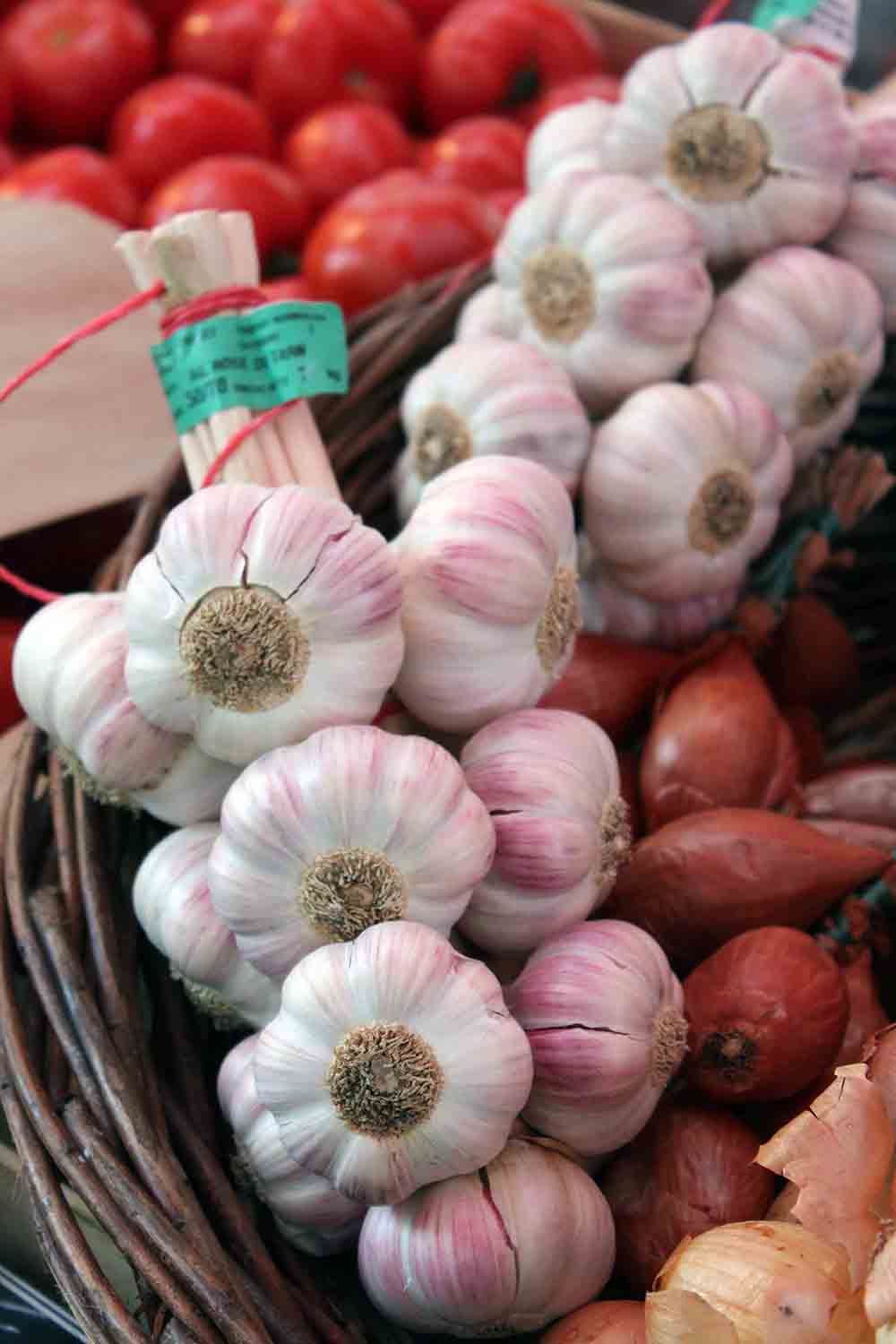 The climate and clay of Perth County are perfect for growing a wide variety of “the stinking rose”. The Stratford Garlic Festival highlights 26 different varietals of garlic that are displayed and promoted in ways that you just have to see and taste to believe. No part of the fruit is spared as the cloves and the scapes are all valued ingredients in burgers, sauces, tea and even ice cream. Speakers, entertainment, demonstrations, recipes, lotions and potions, can all be found at this unique harvest celebration in September, with a long list of vendors sharing their magical plant with aficionados and inquisitive foodies alike.

The large size, flavour, and nutritional value of a bulb of Ontario garlic is potent, so if you love garlic, go to a farmers market, or take a trip to Stratford, and buy local!

My Beef With Wagyu