I’m watching the guys in their macho pursuit of wrestling with a T-bone at the barbecue, turning it, poking it, having a salt fit. The more things change, the more they stay the same. Since 2500 B.C., when the wild bulls of Mesopotamia were held in great awe, matching wits with the bull was a prime test for manhood. Still is, in Spain and Mexico and at the Calgary Stampede. Steak, on the hoof or wrapped in plastic, has always been male territory. 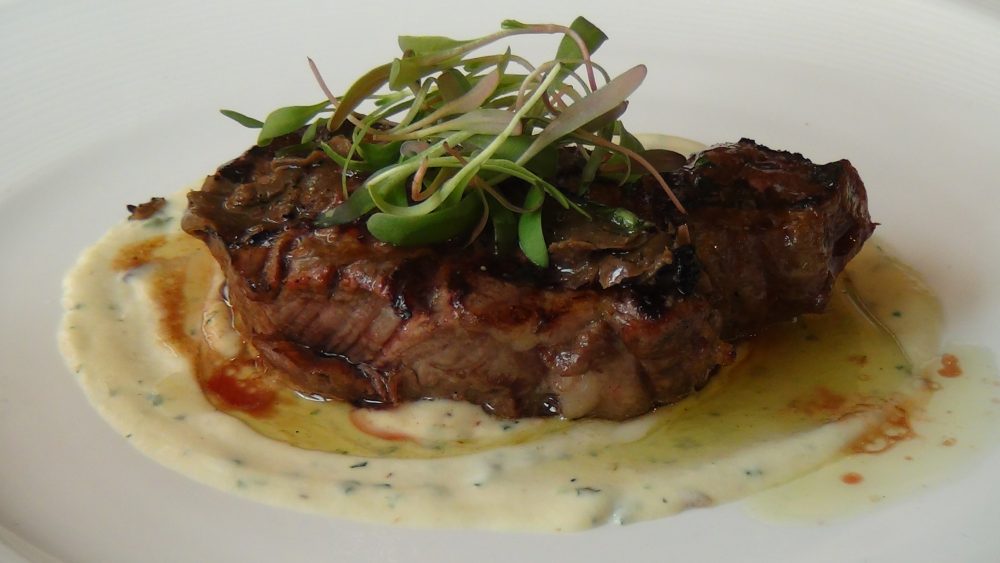 But the times they are a-changin’. We’re playing hockey. We’re running General Motors. Our carnivorous female nature is hungry for meat. Next business lunch, assert yourself. With bovine bravado, order a steak, medium-rare. It will arrive naked on the plate, dressed with nothing but its own sensuous sizzle and a crusty baked potato. Brandish the wood-handled killer knife and polish it off. You’re a force to be reckoned with. 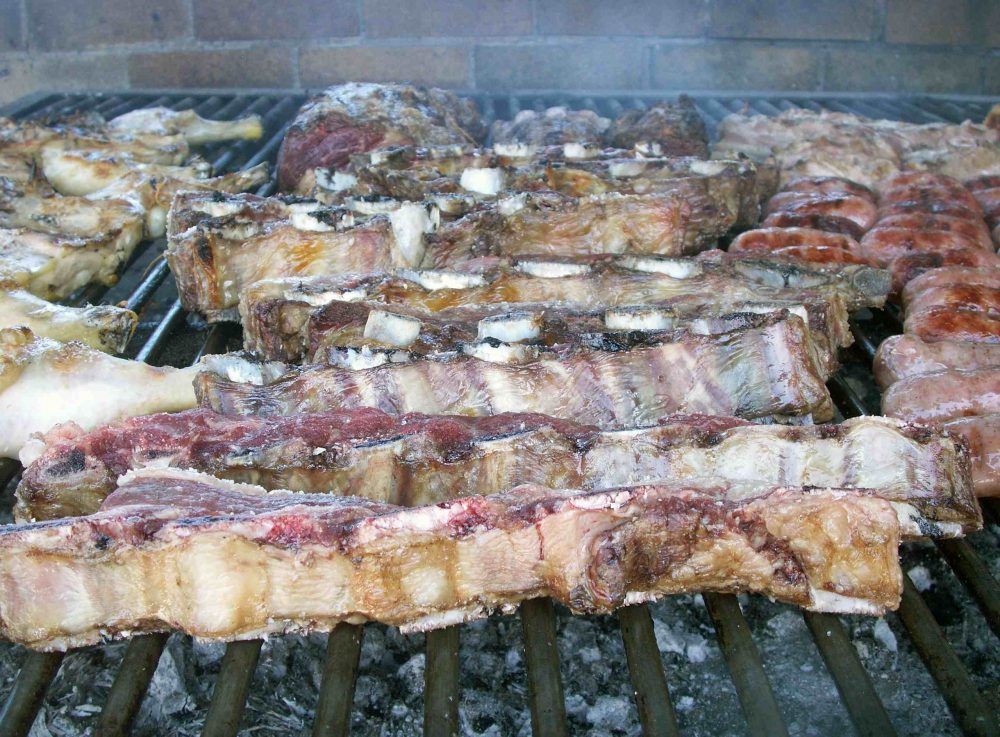 But beef is making a comeback. We eat about 50 pounds of it per capita per year. And the Beef Information Centre, a division of the Canadian Cattlemen’s Association, funded by Canada’s 100,00 beef producers, tells us we can enjoy beef even more if we cook it right. Forty-one percent of those under 25 don’t buy steak because they don’t know how to cook it. And 50 percent of 26-35-year-olds don’t know a brisket from a prime-rib roast, or what to do with either. So now, meat counters are being laid out by cooking method – grilling steaks (cuts from the loin that can go barenaked on the barbecue) are separate from marinating steaks (cuts from the hip that need flavour enhancers before grilling or broiling) – with recipes right on the wrapper. 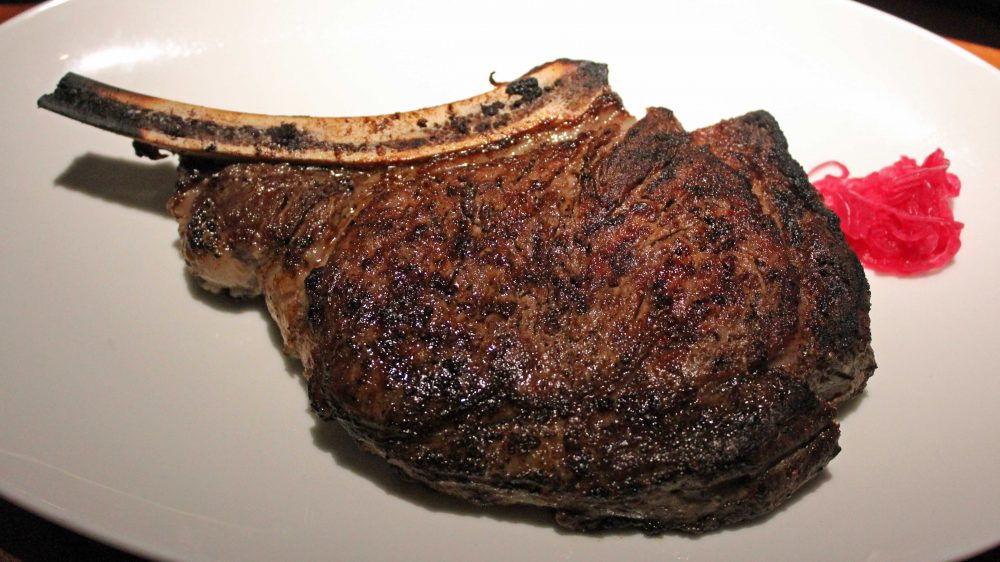 In Canada, beef is graded as AAA, AA, or A, depending on the cut’s “marbled” consistency. No more taking chances: at the meat counter, look for this marbling – veins of juicy, flavour-adding fat running through the meat – to ensure a perfect grilled steak in the privacy of your own home.

Still, cooking meat on the open fire is a test of manhood. Testosterone soaring, they beg, “Let me do it” as soon as the coals glow white-hot. The least we can do is help them cook it right.

From Morton’s of Chicago

Salt and pepper (sprinkled on after grilling)

Lightly oil grilling rack and heat 30-45 minutes. Resist the urge to turn beef during the first few minutes, when a protective coating forms to retain natural juices. Sear one side, then the other, then allow meat to cook. Never turn with a fork; use spatula or tongs. A one-inch steak will take 10-12 minutes for medium-rare, 12-14 minutes for medium. Once grilled, transfer to a warm platter. Season and serve.

Rare: Let one hand hang limp. With index finger of opposite hand, push gently into soft triangle of flesh between ring and index finger of hanging hand. It will offer very little resistance and feel soft and spongy. This is how a rare steak feels.

Medium: Make a fist and press same spot. It will feel firm and snap back quickly.

Tarot and Astrology in Tuscany

My Beef With Wagyu

The Difference Between Barbecuing and Grilling