Bartenders Are The New Rock Stars

In the ever-expanding world of wine, the established makers and markets are so well entrenched, it’s often difficult for “new world” wines to be recognized or even noticed. January 23, 2004 changed that. On that date the legendary Berlin Tasting was held. Traditional methods of gaining international recognition were not proving fruitful, so Eduardo Chadwick, President and Owner of Viña Errázuriz and Viña Seña in Chile, determined to grab attention and open the eyes of world-critics to the wines of Chile by organizing an event that would be both a huge gamble and show of confidence.

Chadwick invited thirty-six of the most influential wine writers, sommeliers, critics and experts in Europe to a blind tasting of sixteen wines in the Berlin. The identity of each wine was hidden thereby eliminating any potential bias. Most, like the French Château Lafite, Château Margaux, Château Latour, and the Italian Tignanello, Sassicaia, Solaia and Guado al Tasso were expected entrants—his own seemed, perhaps, audacious. And yet…

First prize and second prize both went to Chadwick’s own Chilean Viña Errázuriz Winery—a seismic shock within the wine community that put Chile on the map as a world-class wine region. His Viñedo Chadwick 2000 and Seña 2001 placed first and second respectively a distance ahead of the third place Château Lafite 2000 wine. 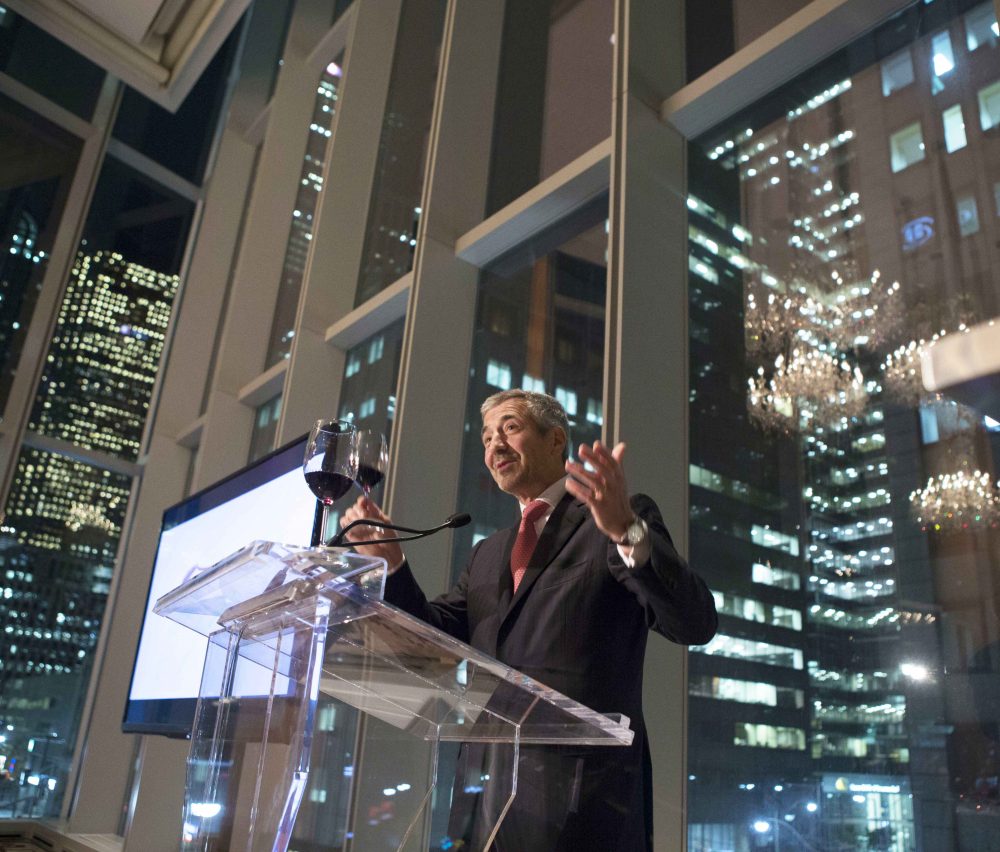 Fast-forward to the 10th anniversary gala dinners held around the world, including at the Toronto Shangri-La Hotel last week, showcasing the evolution and continued potential of these Chilean wines—consistently awarded the “best wines in Chile”, and earning the top three places in 20 of 22 international tastings. The 2010 and 2011 vintages of Don Maximiano Founder’s Reserve have also now received the Best in Show and Best Super Premium Red awards in the 10th and 11th AWoCA.

Accompanying a menu designed by Executive chef Damon Campbell, wine enthusiasts and aficionados were treated to the range of Viña Errázuriz wines. While we debated at our table which ones we enjoyed most, the consensus was that these wines, lush, richly textured, with soft silky tannins, are nothing short of sexy.

From the 1989 Don Maxiamiano Founder’s Reserve of 100% Cab Sauv, to the
2011 of Cab Sauv, Merlot, Cab Franc, Carmenere and Petite Verdot, we taste complexity and the best expressions of the winery. With an intense nose, silky mouth, beautiful aromas and bright, fresh tannins, these are exciting wines.
The 2000 Sena of Cabernet, Camenere and Merlot has great mouth-feel, complexity, and hints of plump raisin, while the 2011 is more feminine and floral. A cooler climate than the 2000, the 2011’s Cab Sauv, Cab Franc, Malbec and Merlot blend is silky with nuances of chocolate. 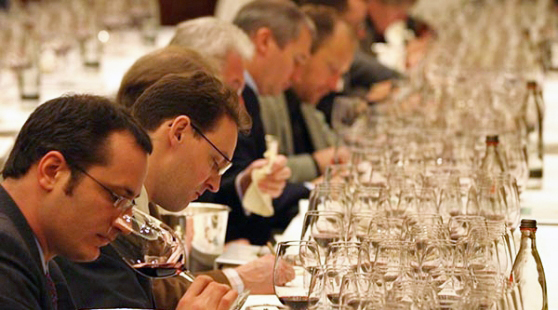 The finale was, for me, the most noteworthy pairing. Cumbrae Farms dry-aged beef tenderloin with Vinedo Chadwick 2000 and 2011. The 2000 is 100% Cab Sauv with creamy tannins and an abundant and voluptuous concentration of fruit. The 2011 has very fine tannins and while ageing gracefully, represents today’s reality. Chadwick’s father’s two passions were polo, for which he was captain of his team, and wine. After polo he devoted himself to wine. Vinedo Chadwick is harvested from a polo field-turned -vineyard in his honour.

The 2011 Vinedo Chadwick represents the height and the love of wine making. A harmonious blending of summer ripe berries, soft on the palate, with velvety aplomb. Highly sophisticated and complex, it is easily approachable. Beautiful, silky, fragrant with a depth of sweetness, this is what winemakers dream of creating, and what consumers hope for when trying to find the perfect wine for a romantic evening. Eduardo Chadwick has got our attention, and there’s no going back.

For more info go to: Viñedo Chadwick or Viña Errázuriz

Where To DINE Now: Globe Bistro

Bartenders Are The New Rock Stars