“A woman is like a teabag,” Nancy Reagan was quoted as saying. “Only in hot water do you realize how strong she is.”

My Aunt Lily, a proper Bostonian, met the love of her life at a Tea Dance at the Ritz Carlton Hotel in Boston in the spring of 1936. Their eyes locked over cups of Orange Pekoe, and the rest is family history. Three months later they had a fashionable Sunday afternoon Tea Party wedding at the Ritz. They joked that not since the Boston tea party of 1773 when American patriots dumped tea into Boston Harbour to protest Britain’s Tea Tax, had such an important teatime event occurred.

Legend has it that, 2737 BC, as servants boiled water for the Chinese Emperor Shen Nung to drink, dried leaves of a nearby bush blew into the pot. The Emperor drank and said, “I like it”, or words to that effect, and thus began a tea-drinking habit that spilled into every corner of the world. 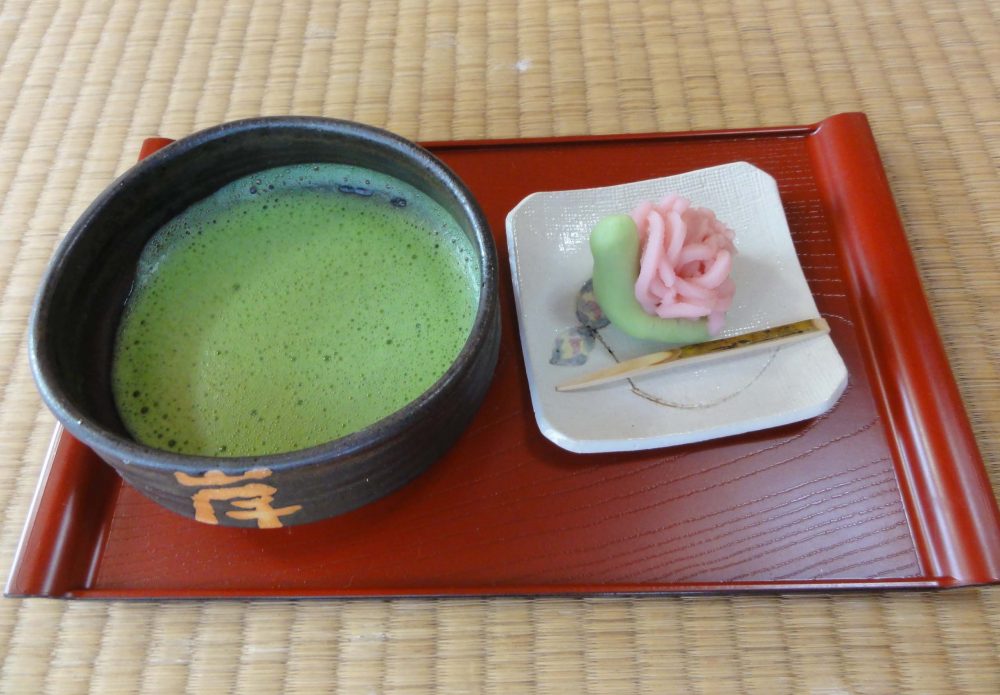 The Japanese created an elaborate aesthetic tea ceremony called cha-do. “Froth of liquid Jade,” or matcha (powdered green tea) is measured into a bowl. Hot water is added and whipped with a bamboo whisk until frothy.

As the craze for things Oriental swept Europe, afternoon tea in England became a way of life that cuts through class structures. Two distinct forms of tea evolved. High Tea in the early evening became the major meal of the middle and lower classes. At Low Tea, during the low part of the afternoon, presentation, conversation, and gourmet tidbits were emphasized. Tea gardens and entertainment were hot, and at one such “meet market,” Lord Nelson met the love of his life, Emma, who was already, sadly, Lady Hamilton. 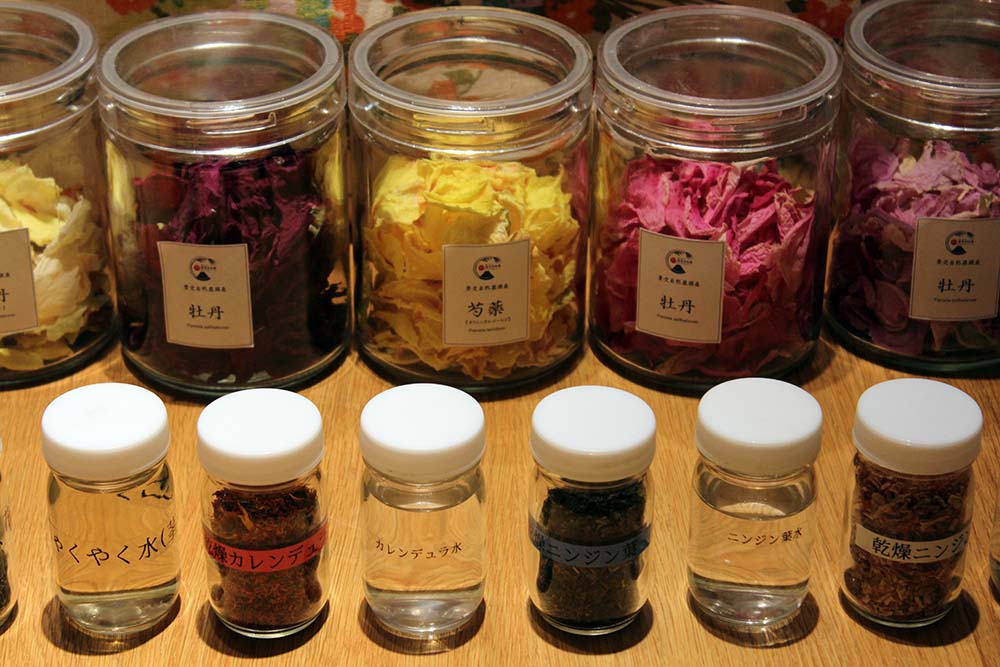 When Earl Grey was Prime Minister of England, bergamot scented tea was given to him by a Chinese Mandarin seeking to influence trade relations. Black tea blends such as orange pekoe, English breakfast, and Earl Grey, are the most popular in the world today and in the future. John Luc Picard: Captains Log Stargate 4169.9. Tea. Earl Gray. Hot.

Ancient herbalists who lived among the tea plants were known as “cloud wanderers” because of the mountaintops on which they lived. Yet herbal teas contain no true tea leaves. They are instead created from herbs, flowers, and spices. And an Environics study shows that Canadian women, ages 30 to 50, in upper-income brackets with a university education, are most likely to drink herbal blends. As for the real thing, Canadians consume more than 7,000,000,000 cups a year. Even our own pioneer writer Susanna Moody, circa 1850, wrote how refreshing tea was after a day of hard work in the bush. 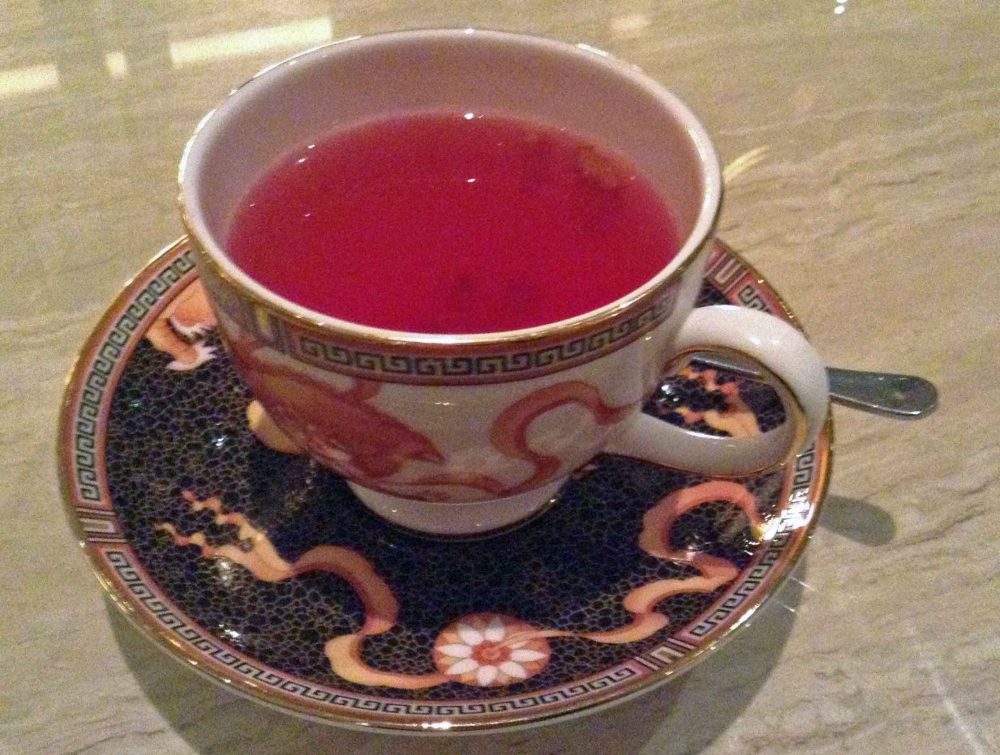 In 1910 it was reported that the editor of Vogue fired a number of secretarial staff, for “wasting their time at tea dances.” But style guru Martha Stewart applauds tea party entertaining. Tea party weddings are increasingly popular, she wrote. A tea party is easy to plan and prepare. It can be inexpensive and still suitably festive. Martha would have loved my Aunt Lily.

Secrets of a Good Night’s Sleep

Method:
Pour water over tea, Cover and let stand for 10 minutes. Strain out tea leaves and discard. Stir in sugar and lemon until sugar is fully dissolved. Put in the fridge until very cold. Pour mixture into a chilled, metal baking pan or mechanical ice cream maker. If using pan method place in freezer. After 30 minutes or when ice begins to form around the edges of pan, stir. Return to freezer and repeat two or three times until mixture is fully comprised of coarse crystals. Spoon into six glasses. Garnish with a slice of lemon.

Variation: Long Island Iced Tea Julep
Moisten rim of chilled old-fashioned glass with lemon slice dipped in granulated sugar. Place ½ cup of granita in glass. Float one and a half ounces of gin on granita. Garnish with mint leaves and lemon wedge.