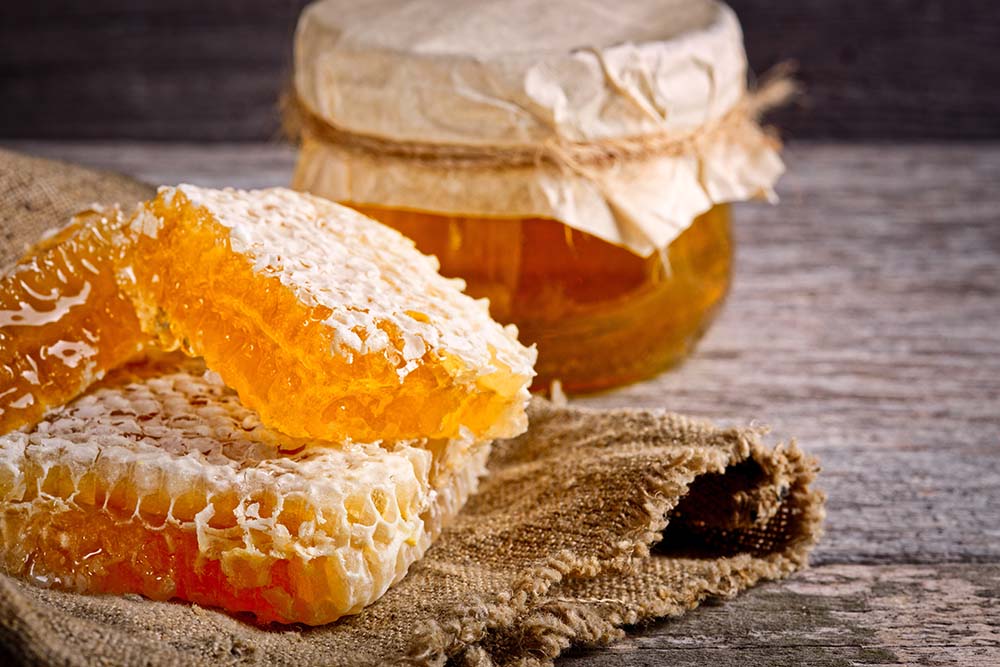 Cleopatra laid back on her divan after a luxurious milk and honey bath, sipped her tea, and contemplated the mysteries of nature. The birds. The bees. How honey could make her skin feel so soft and her food so delicious. In fact, the queen of the hive was held in such high esteem that the honeybee was chosen as a royal symbol in ancient Egypt. Napoleon also chose it to adorn his personal crest, and like the honeybee, he buzzed from one nubile flower to another.

Throughout history, great beauties have shared Cleopatra’s secret. They discovered that honey is a humectant that attracts and retains moisture. Comtesse du Barry (the infamous last mistress of Louis XV) applied it as a facial mask. Queen Anne of England used it with an oil concoction to keep her long hair lustrous and thick. And Chinese women have been using a blend of honey and ground orange seeds to keep their skin blemish-free. Like liquid gold it trickles through the Bible: In Exodus 3:8 Moses led his people into “a good land flowing with milk and honey.” The Greeks and Romans considered it a food fit for the gods. Julius Cesar wrote of the Honey of Narbonne in his dispatches from Gaul. And in the 17th-century European settlers brought their beloved honeybees to New England where the native Indians named them, “White Man’s Flies.” 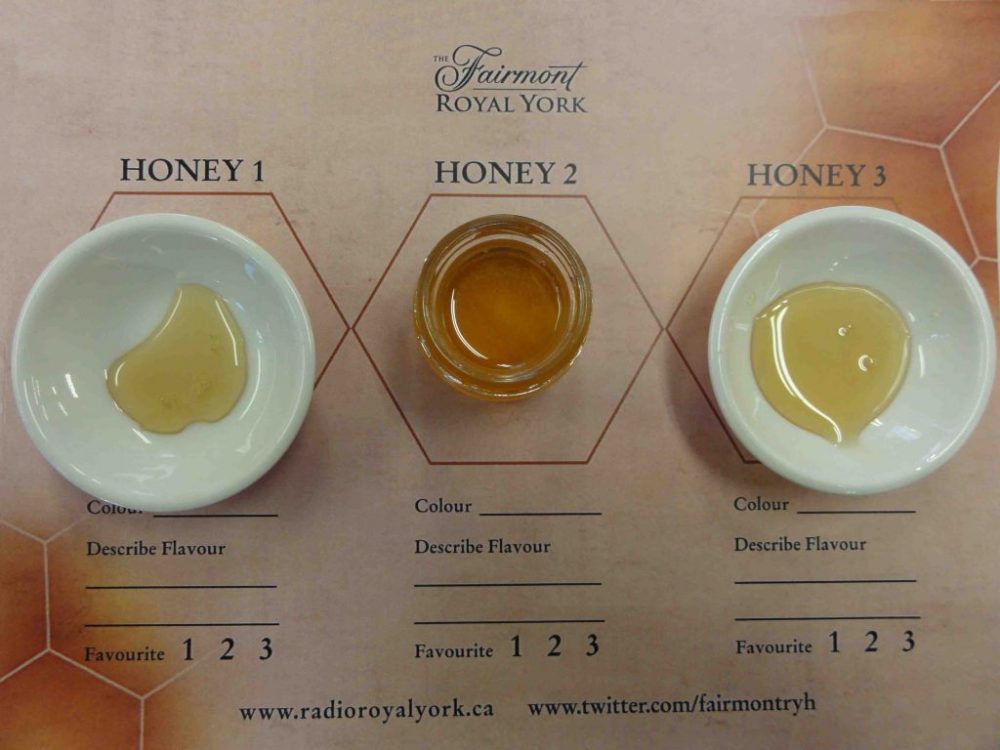 Today we are rediscovering the perfect simplicity of this magnificent food. The worker bee buzzes from flower to flower, fertilizing as it goes, transferring pollen from the anthers of one flower to the stigma of another, collecting sweet nectar till its little sack is full. To produce 1 pound of honey requires about 4 pounds of nectar, and bees must tap about 2 million flowers to make that. In its entire 3 to 6 week lifetime one bee collects a mere teaspoon of nectar. Think of the hive as a giant, humming factory.

Bees rule. The fuzzy flyer is likely the only insect that produces food universally eaten by humans. Natural honey comes in a range of colors from white and amber to black-red and dark green, all according to the plants from which the bees drew nectar. Foods that claim to be sweetened by honey rather than by sugar ring with a nutritious cachet. Whether by comb, chunk, or liquid, it is ripe with minerals, B-complex vitamins, and amino acids. And research is underway to extract some of its unique properties and blend them with alpha hydroxy acid for new age moisturizers. Exfoliating AHA’s are often irritating, while honey is an anti-irritant. 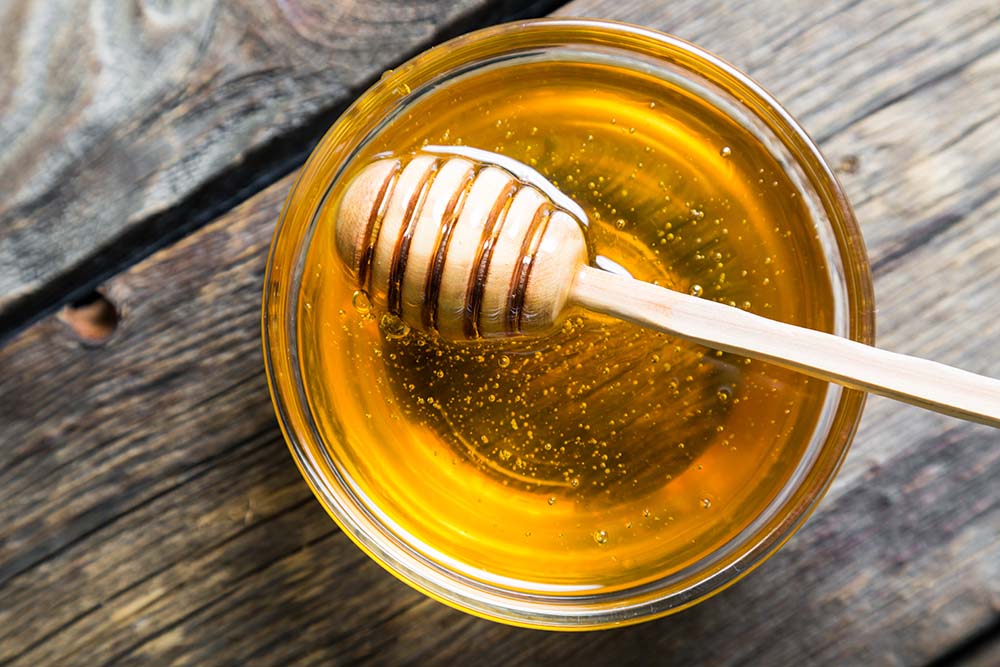 Because its taste is luscious in the mouth, it has become a part of our loving language: Honey pot. Sugarpie, honeybunch. Honeybun. And after the wedding can there be a moon without honey. But what are the words that you most want to hear when you’re in the mood for love: “Hi honey, I’m home.”

Methods:
1. Mix 1 cup honey with ½ cup butter and cinnamon to taste as a topping for toast or waffles.
2. Combine 1 cup yogurt and ¼ cup honey to top fresh food fruit for cereal.
3. Combine ½ cup Dijon mustard and ½ cup honey for bagels and smoked salmon.
4. Drizzle it over vanilla ice cream or yogurt and sprinkle with salted sunflower seeds
5. Dip tops of cupcakes or muffins into liquid honey and sprinkle with finely grated orange rind.
6. When measuring it, coat the cup with non-stick cooking spray and it will slide right out.
7. It may crystallize, that’s natural. Place the container in hot (not boiling) water for a few minutes.

The Kid Who Interviewed John Lennon