Beyond the thick, exposed-stone walls and wooden beams of our cottage is a unique jewel, as if set in a snow globe: North America’s oldest and only fortified city, Quebec. When the French arrived 400 years ago, they brought their recipes, but found no ingredients. Forced to adapt, food was prepared for working families in tough weather. Hearty, it provided warmth, sustenance, and survival. The new Quebec cuisine uses the same ingredients, but with modern refinement—old recipes matched to today’s tastes.

Ooh La La, Foie Gras
If ever my foie gras dreams could come true, it is here. It’s not that Quebec foie gras is better than in France, it’s that he chefs know the farmers, and the products they’re using—it’s all right here. French and Continental offerings at Fairmont Le Château Frontenac’s Le Champlain and Le Café de la Terrace restaurants revolve around seasonal, of-the-land philosophy. The menu at Restaurant Toast informs that all the dishes are composed for the diner to “marry” seared foie gras with each order. Chez Muffy, located within the Auberge Saint Antoine, is renowned for maple sugar-braised duck confit, but it’s the foie gras, pan-seared in duck jus reduction and frambois, and paired with four-year oak barrel-aged iced apple cider blended with plum brandy, that beckons. There are no freezers here; they only cook what is freshly available. We finish with a giant scallop on a bed of quinoa, lobster and cauliflower, topped with Canadian sturgeon caviar. For history lovers, Auberge Saint Antoine is built on the spot of the first Canadian settlement, above a colonial military battery. Of 5,000 artifacts discovered, 800 are displayed throughout the hotel. 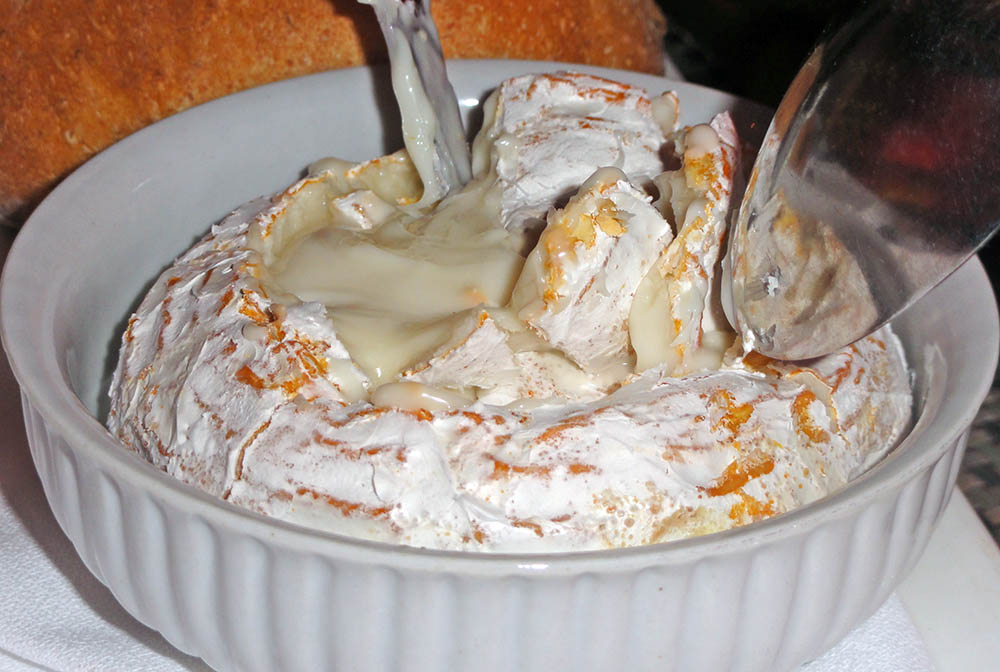 Le Grand Fromage
With more than 150 dairies producing more than 500 types of cheese—from hard cheddar to creamy Brie, Quebec is the king of cheeses. As in France, cheese is traditionally eaten at the end of a meal. Tableside at Toast, the waiter cuts and lifts the rind to reveal a butter-yellow creamy cheese, and serves it with fig and rye bread, red grapes and rum butter and, then, instructs us to combine the flavours to maximize taste. Bliss.

Vive le Terroir
Traditional Quebec cuisine, tourtières, game meats and maple has French, Irish and Aboriginal roots. At Aux Anciens Canadiens, pies like Lac St John, of deer, caribou, wapiti, beef and pork, and casseroles of pheasant and bison, are smoked and spiced with cinnamon, cloves and nutmeg. At Auberge Baker, red deer venison shank in red wine reduction with wild berries is “not fancy,” says proprietor Gaston Cloutier, “but very tasty.” Our sweet diversions include the Maple Delights museum and shop, which sells everything maple, from kosher syrups to massage oils; and the Choco-Musée Érico, which features blended Ecuadorian and Tanzanian cocoas and truffles to-die-for, like the Biquette: a purée of Bartlett pear and goat cheese in white chocolate. 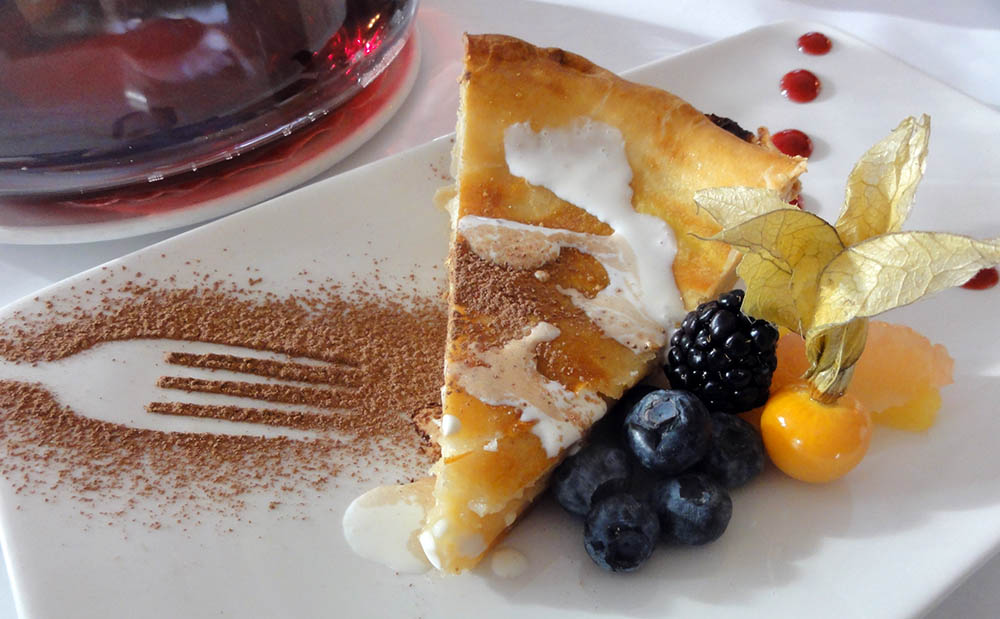 Bonhomie
The Plains of Abraham, once a historic battlefield, is now where winter is embraced through the festive activities of Carnival. From dogsled racing to night parades; and sugar shacks of maple taffy, to ice flutes of vodka and iced apple cider at the awe-inspiring Ice Hotel; this revelry calls for a hot toddy, Quebecois style. We fill up a walking stick with port wine, whisky, maple syrup and cinnamon, tilt back and it’s “down the hatch.” À votre santé!