On a trip aboard the Rocky Mountaineer, the transportation itself is the destination…

The best way to see Canada is by train. The wheels churn, the whistle blows, a seat beneath a panoramic glass dome, and our anticipation soars, Rocky Mountain high. We’re on the Rocky Mountaineer, a train that puts the romance back into traveling.

With a glass of un-oaked Chardonnay from Sumac Ridge in hand, we recline in our spacious seating on the upper deck of our Gold Leaf car. Hovering high above the tracks, we exchange glances with big horn sheep, elk, bears, and all sorts of critters as we whisk through nature’s wonders. From the outside vestibule everything is a picture postcard photo-op: crystal waters and arid deserts; dizzying valleys below and harrowing peaks above, majestic vistas and historical markers such as “the last spike” of the Canadian Pacific Railway.

The itinerary of the “First Passage to the West” follows the route of First Nations, fur traders, 19th century explorers in search of gold, and the railway that joined B.C. to the rest of Canada. Other than by canoe, this is the only way to go. We marvel at the seemingly impossible engineering feats and treacherous working conditions that led to this incredible construction through rugged mountains and unspoiled wilderness. And at each point of interest, the interactive guest services team shares their stories about its history, geography and mythology. 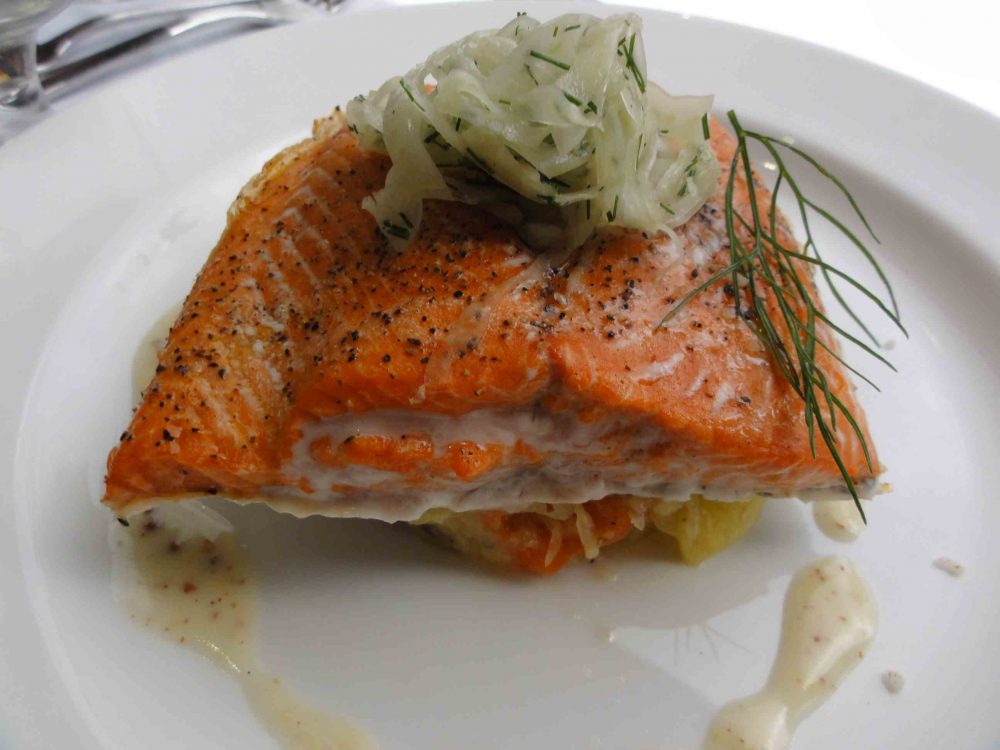 Dining is a social affair. We mingle and choose our tables in the lower dining car, and the views through its panoramic windows continue to be spectacular. Everything is prepared à la minute, and the biggest challenge for the chef? The kitchen is continually moving. “We’re constantly stabilizing and making sure things don’t fly off,” she tells me, as the train hurtles through the landscape, “Everything has to be quite secure.” The menus represent B.C. and Alberta with ingredients sourced from local farmers along the route—from Vancouver and the Fraser Valley to the Okanagan and Banff. Scrambled eggs and smoked steelhead trout topped with kelp caviar and lemon chive crème fraîche. Slow cooked Alberta Short Ribs served with garlic whipped potatoes and local seasonal veggies. Okanagan apples and raisins feuilleté with a touch of cinnamon, served with maple walnut ice cream and butterscotch sauce. We take our time.

After the first day’s journey there’s a stop for the evening in Kamloops (traveling only by daylight ensures we don’t miss a thing), the oldest trading post in B.C. What surprises us is just how diverse and pristine the scenery actually is along the way. Conscious of this, and in order to leave as little carbon footprint as possible, Rocky Mountaineer is part of a caretakers program to develop and promote sustainable practices, and reduce exhaust emissions and noise pollution. 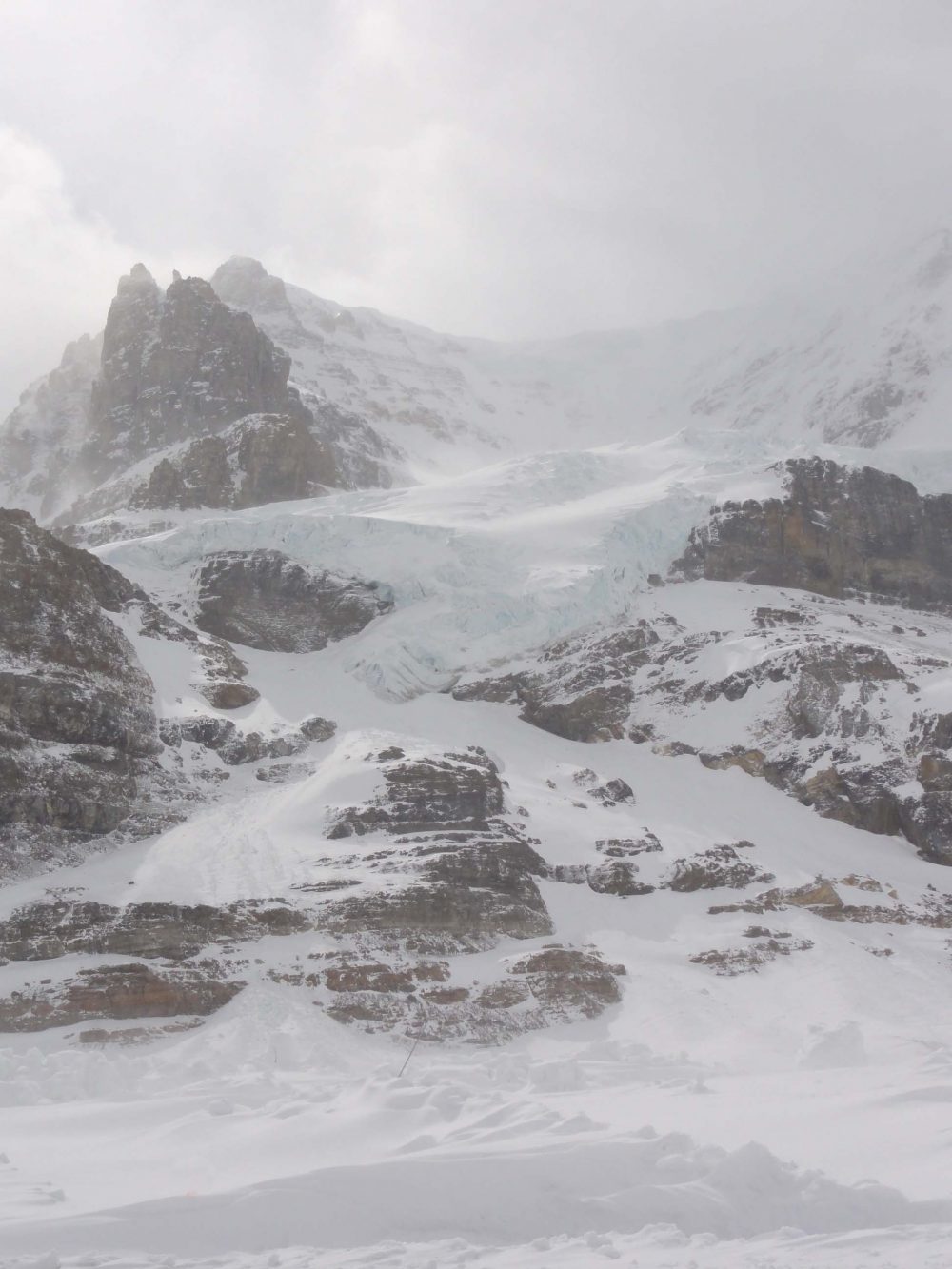 On the second day we begin the dramatic ascent into the Rockies. Crossing the continental divide, the clocks change time zones, and the views become wondrously magnificent.

At Kicking Horse Pass, the train traverses what was once the steepest rail line in North America, and still one of the greatest architectural achievements. The renowned Spiral Tunnels are tracks constructed on a curved alignment through the mountains to make the climb more manageable. Higher and higher we climb, above waterfalls and valleys, over bridges and through tunnels until we cross into Alberta to disembark in Banff.

As the train slows toward the platform, we are reminded of what the railway magnate William Cornelius Van Horne famously stated: “If you can’t export the scenery, we’ll import the tourists.” Even more beautiful than the scenery is watching the reaction of my partner’s first view of Canada’s West, as the wonder and excitement in her eyes reflect just how awesome this land really is.