At the convergence of the St. Lawrence and St. Charles Rivers, Champlain built a medieval castle-like structure, called The Habitation. To protect the settlers from indigenous threats, he built a wall around it. The year was 1608.

After the Battle of the Plains of Abraham in 1759, the British took Quebec City from the French and continued to build permanent walls that still stand today. A third conflict, the famous War of 1812, fought between the United States and Great Britain solidified the British sovereignty.

From my hotel room window in Quebec City, I watch soft snowflakes blanket the streets. At breakfast in The Place Dufferin, I order a Mimosa and drink a toast to William Van Horne, President of Canadian Pacific Railway, who, 125 years ago built Le Chateau Frontenac.

New York architect, Bruce Price (father of Emily Post) immortalized the history of France and Britain in his design. The world’s most prestigious guests, kings and queens, prime ministers, presidents, movie stars and other luminaries have laid their heads on luxurious pillows in these royal suites. Eventually, modernization was in order, and in 2014, a 75 million dollar revitalization transformed the lobby, restaurants and more, while preserving the heritage. 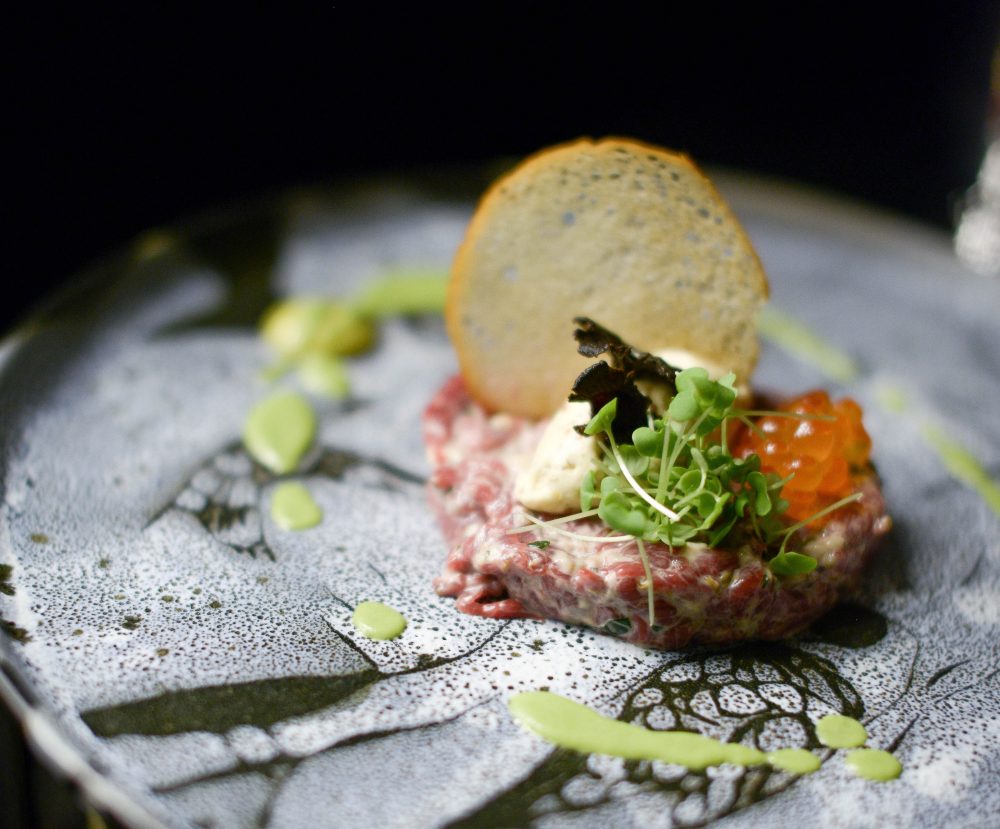 Cocktails at 1608, the hotel’s beautiful bar overlooking the frozen St. Lawrence River, is lively this late afternoon. Renowned for its vast selection of Quebec cheese, several are presented on an opulent cheese and charcuterie board. Dinner tonight is in the Champlain dining room, domain of Michelin Star Chef Stephane Moldat. One cannot help but feel like a star dining in this handsome environment. Wherever the eye falls there are artifacts, carvings, and polished wood architectural details.

A presentation of New Brunswick Acadian Sturgeon, with blinis and an array of accoutrements seems fitting. Seared foie gras from Marieville is to be savoured slowly with the tang of marinated Northern fruits, balanced with caramelized almonds and a puff of cedar powder. Icelandic cod is encrusted with herbs and nuts from Cap Tourmente, and balanced with a veloute of Jerusalem artichoke, leeks, and a drizzle of browned onion oil. There is an extravagance of desserts to choose from, and a few tastes tell me that this pastry chef is an artist of note. With a seasonal menu that is ever-changing, Champlain offers a year of culinary hits.

The streets in the heart of Old Quebec are quiet. Cars do not honk, and the sidewalks are filled with locals and groups of tourists, enjoying the first snowfall. Always on the lookout for old china, I pop into antique shops and browse the art galleries and boutiques. The fresh croissants I see through the window of Boulangerie Paillard are seductive. I buy a half dozen to take home with me.

Right from the start, it’s clear that the two young owners of Bistro L’Orygine march to their own drummer. An undulating, upholstered green banquet cuts through the middle of the room and looks just right in the airy, carefully lit space. The menu holds surprises even for a professional food writer. Roasted fresh whole carrots are arranged with other vegetables: raw, roasted and marinated, all singing with herbs and seasonings. Scallop ceviche, translucent and frail, gets some strong support from heirloom radishes and tangy dill crème fraiche.

An interesting composition of flavours is roast lamb set on tataki, tossed with a handful of green peas, capped with fresh ricotta and adorned with wild cumin. There is much more on the menu that intrigues me, but it’s all an invitation to return. We’re invited to go into an adjoining room that I would call dessert heaven. An array of pastries and a gelato and sorbet counter, the kind one sees in Italy, winks, and sparkles and says, “Choose me.” And while it’s the most trying decision I’ve made today, I choose well. 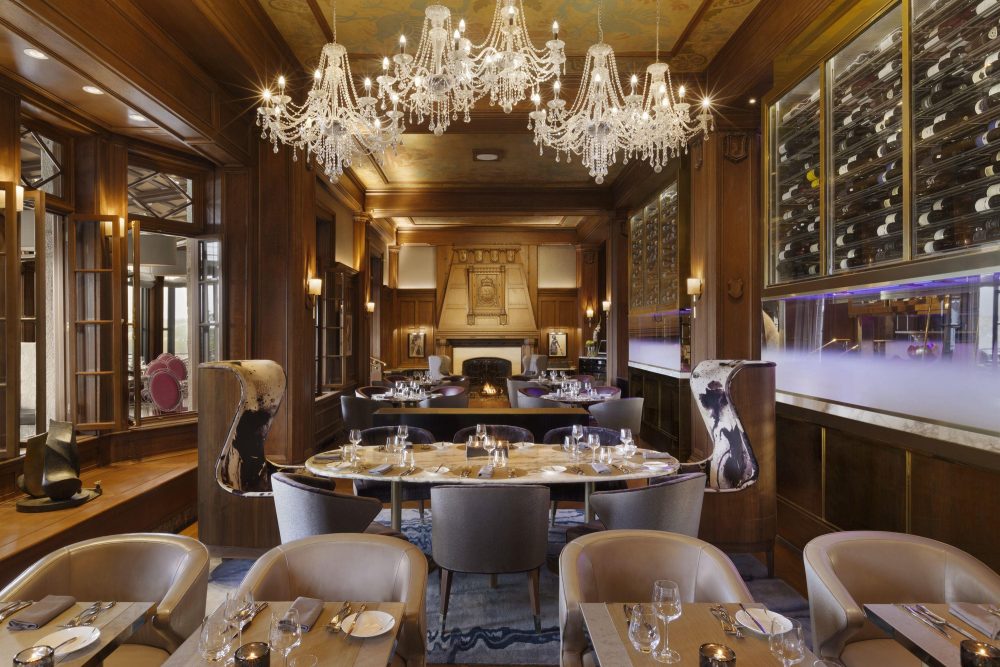 I won’t say goodbye to this charming city, rich with the romance of history, just au revoir.