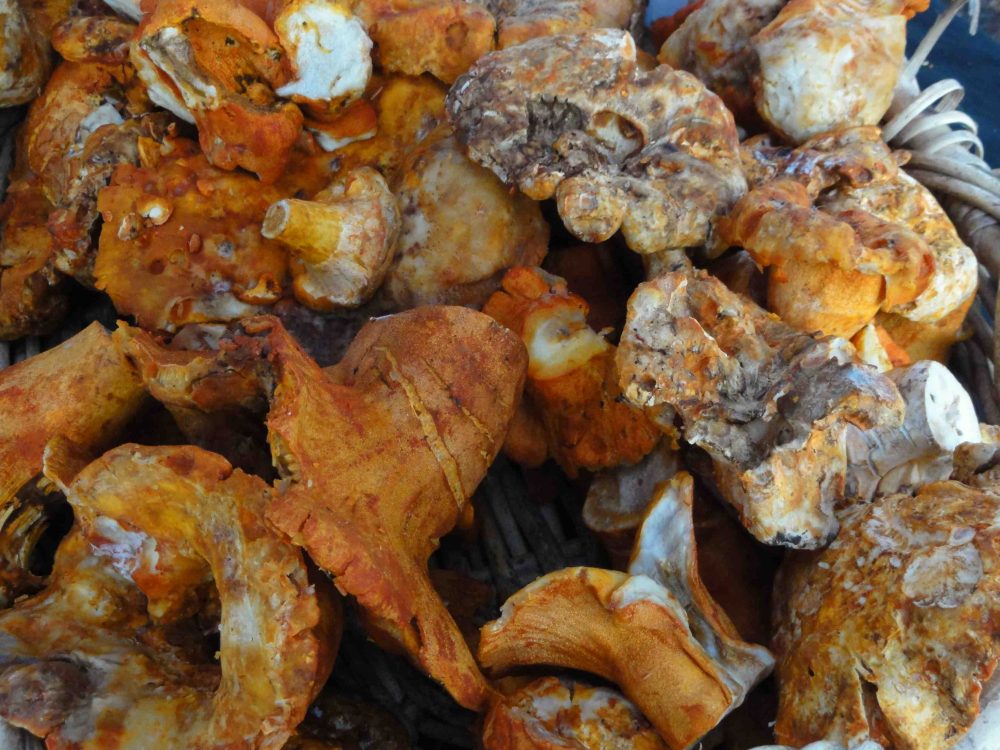 A walk on the wild side – stalking the edible fungi: morels, chanterelles, boletus, portabellos. At dawn, we’re on a safari in the foothills of the Santa Lucia mountain range in California with a noted local mycologist (fungi maven) as our guide.

Tramping through the woods, I find no mushrooms. Until, magically, they find me and I’m suddenly standing in a patch of golden chanterelles that I swear did not exist a second ago. I follow instructions: pluck from ground, brush off soil, place in basket. I’m thinking Alice’s Adventures in Wonderland. 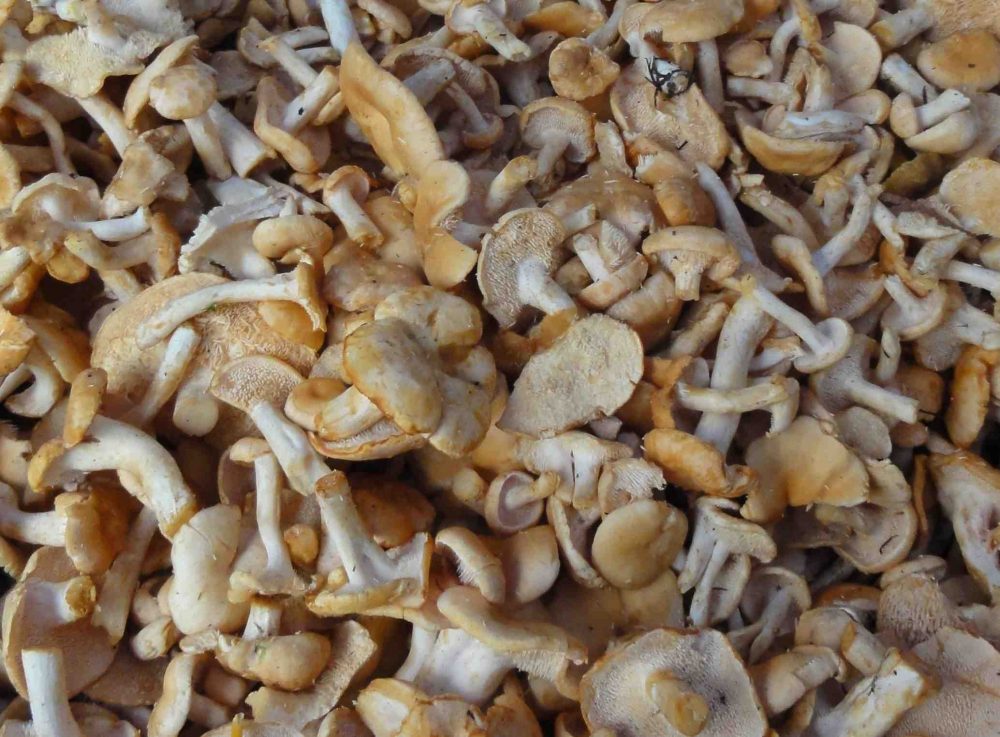 Seems like Alice experienced the hallucinogenic effects of “fly-agaric” mushrooms. Scholars speculate that they were the legendary “ambrosia” of the Greek gods and the “Teonanactl” of the Aztecs. Modern-day cultists in Mexico take the Psilocybe Mexicana to gain enlightenment and commune with the spirits. Certain Lapps and Finns get high on the filtered urine of reindeer who have eaten fly-agaric mushrooms.

British slang says “mushroom” is a synonym for the female sex organ, while in French, le champignon is slang for penis, maybe because it has been known to break through the ground with such force that it cracks the concrete. Italian porcinis have an aroma like “the scent of a woman” that drives men wild. Truffles – those $1000/lb black nubbins that are hunted out by truffle dogs or pigs – are a known aphrodisiac.

Don’t wash, just wipe, say the experts. Au contraire. Food that grows by feeding off decaying tree stumps, compost, horse manure and straw calls for a quick swish around in hot, salted water – to get rid of all the brown bits.

Perfect for the times, mushrooms have virtually no fat, sugars, or carbohydrates, but they do contain amino acids, potassium, B vitamins, and minerals. Five white ones contain only 20 calories. Asian shiitake mushrooms are even said to lessen the risk of a heart attack. But as a fungi-hunting friend of mine says: a mushroom is like a man – the more poisonous it is, the more closely it resembles a fine specimen. 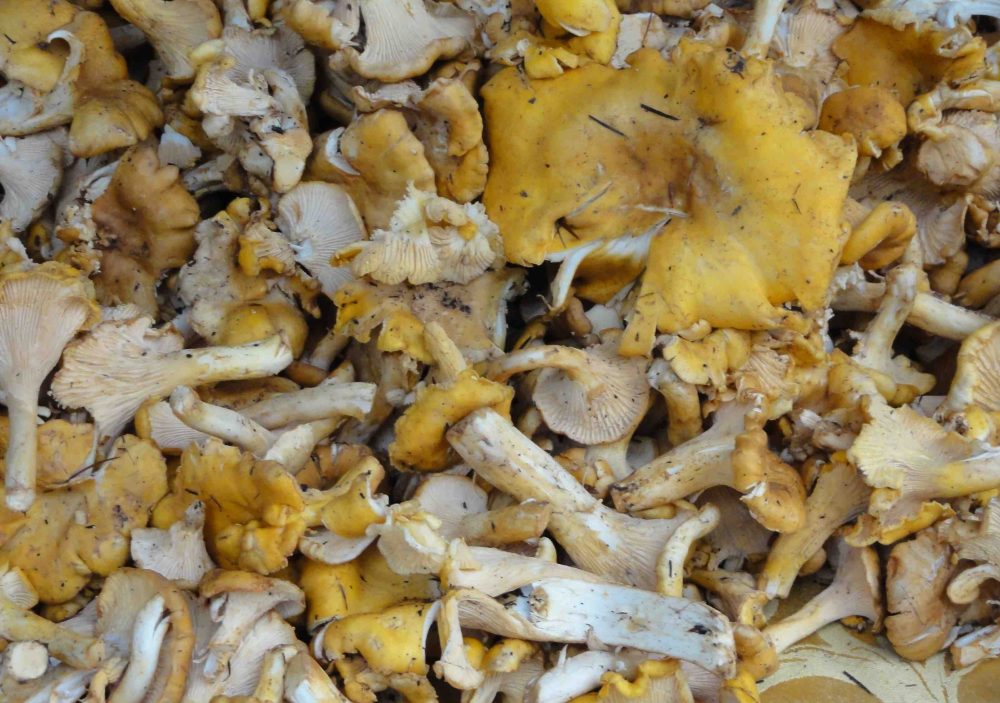 Method:
Brush mushrooms on both sides with olive oil. Season with salt, pepper, and basil. Allow it to sit at room temperature for 30 minutes. Then, place mushrooms on a baking sheet and bake in a preheated oven at 450 F. Allow to roast approximately 15 minutes, checking every five minutes. When done, mushrooms will appear shrunken and should be tender and juicy when pierced with a fork. Arrange salad greens on four plates. Place a single portobello mushroom on top of greens and drizzle the dressing over. Serve as an appetizer.

A Cook Book to Love and Use