Lazily drifting along a slow moving river with Owl Rafting as the sun sparkles off the ripples in our wake, we hear the distant rush of falls closer and closer until voom! We’ve got speed, and are paddling hard as we’re sucked down into the vortex of swelling rapids that flood and buckle our boat with exhilarating metre-high waves.

With only moments to catch our breath we, again, pick up velocity and are drenched within the natural spin cycle of the Ottawa River run. And this was the start of a family trip to our nation’s capital.

Ottawa comes from the Algonquin word adawe meaning “to trade.” So we begin our city tour in the multicultural agora that is the Byward Market. With more than 120 different choices to eat and drink, we gravitate to the Barack Obama-inspired confections at Le Moulin de Provence, the crisp-fried, Chinese five-spice-dusted Taiwanese popcorn chicken at Wang’s Noodle House, and, of course, Beaver Tails—an Ottawa original pastry— with chocolate hazelnut spread.

At Pure Gelato, our jaws drop at the selection of flavours like Chocolate Marsala, Peanut Butter & Jam and Toblerone & Orange. Near the market, we visit The National Gallery of Canada to see the most comprehensive collection of Canadian and indigenous art in the world.

To reach the Canadian Museum of History, an electric aqua-taxi shuttles us to Gatineau where we stare in awe at the largest indoor collection of totem poles in the world, and learn about the connections between the events and the people of a thousand years of history that coalesce into a Canadian identity we can define as our own.

At Bistro Boreal, we discuss what it means to be Canadian over a lunch of savoury black chanterelle- crusted bison medallions and Bloody Caesar-inspired Walleye with spicy vodka tomato puree. The meal conveys pan- Canadiana ingredients with flare.

A View From the Top

From atop the neo-gothic House of Parliament, four gargoyles look down from the sides of the Peace Tower from which we survey a 360-degree view of the capital. After touring the legislature and the library, we watch the ceremonial pomp of the changing of the guard, followed by a “guerilla yoga” class for a thousand people. 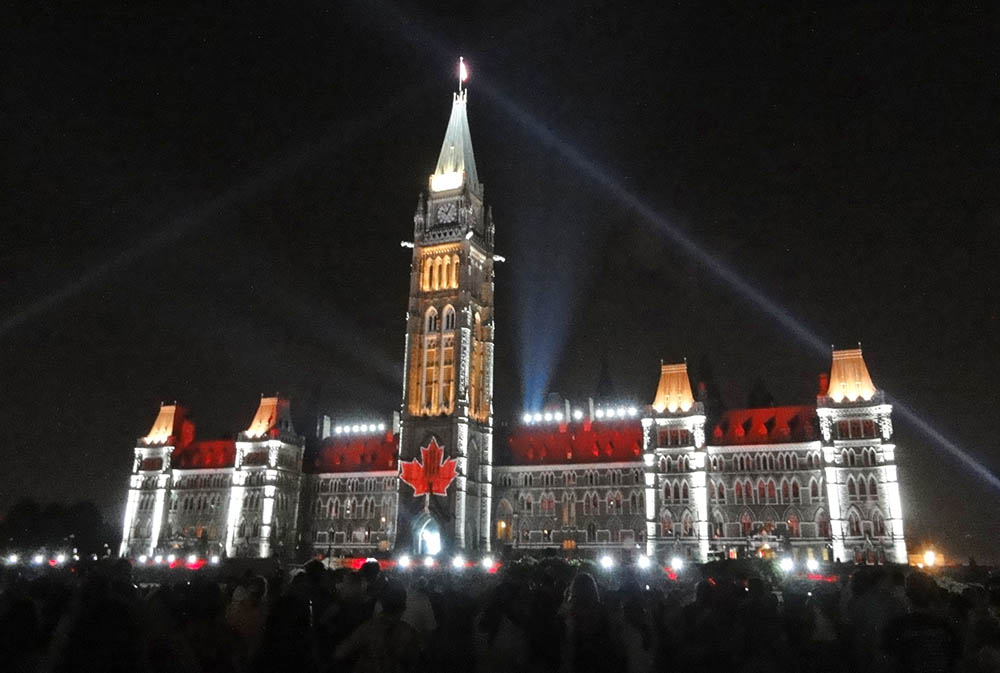 At night, seated on the lawn, we gaze up at the Mosaika light show that turns parliament into a galactic laser light-board illuminating the stories and legends that make up the cultural, historical and physical landscape of Canada.

Ottawa is one of the greenest capitals in the world. At the Rideau Canal—the world’s largest naturally frozen skating rink in winter—kayaks and canoes stream by as we rent bikes from RentABike and cycle along the river toward nature trails that crisscross the city.

Within minutes, buildings and city sounds disappear amidst parks, wetlands and forests—a getaway within a getaway. Enjoying a quiet picnic by the locks, we quiz each other on Canadian trivia and marvel at the beauty of our capital.

Hanging Out in the Courtyard Restaurant

Formerly a military garrison, and site of Canada’s last military hanging, the Courtyard Restaurant, built from locally quarried limestone, is now a romantic patio and dining room. We are tantalized by elk sirloin with toasted wheat berries and sour cherry sauce. Every morsel of Brome lake duck, with Yukon gold potato gnocchi and cranberry relish, is tender and tangy. Cheesecake of cinnamon and pine nut pie crumb, with blueberry and mint compote and candied lemon zest is a symphony of textures and tastes.

Like many nations’ capitals, Ottawa is a “company town” and the “company” is politics. But there is much more than Parliament Hill that defines this green, walkable, pretty city.

The Fairmont Château Laurier Hotel has been trendy for more than 100 years. Since opening in 1912, this legendary château remains the hub of Ottawa’s social scene. I arrive on a Sunday, refreshed after a fast and easy Porter Airlines flight, in time to catch brunch in the magnificent Wilfrid’s dining room. We’re making choices from buffet tables abundant with a delectable array of foods, alongside stars of the Senate and a microcosm of the city’s international population.

Generosity reigns supreme: a 25 pound roast of beef is quickly whittled to the bone; the glorious selection of fish, fowl, cheeses and desserts are constantly replenished. This is not eat-and-run, it is a time to sip and savour and enjoy the fruits of our land. After brunch, I can take a virtual preview via a free download of an app that gives us an interactive, narrated tour of the hotel, or stroll through the grand public rooms and view portraits of our history.

The stunning art deco pool and state of the art health club is in my plans for 8 a.m. tomorrow. At Zoé’s Lounge, Afternoon Tea is a lovely tradition that is alive and well, and offered in a sumptuous style fit for a Queen—or a commoner. 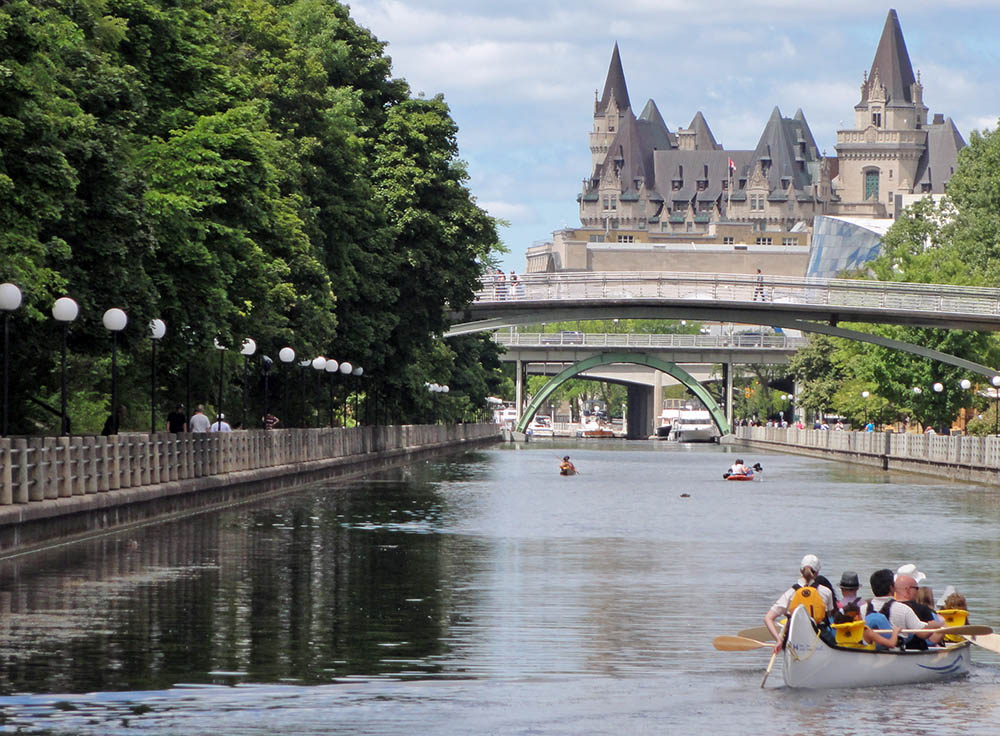 A Force in the Culinary World

The culinary arena has exploded. Events, such as Speed Dating between chefs and farmers, are held once a year, and foster relationships that nurture the au courant dining scene. Recommended: Restaurant E18hteen, just around the corner from the Château Laurier in the city’s ByWard Market area. Exposed-stone walls, a huge fireplace, paintings of iconic celebs. Here, please do trust the chef for his five course “blind-tasting” dinner, wines and cheeses.