Canada Begins Here…
The hour is nigh: it’s time to be screeched-in. The skipper at Trapper John’s Museum & Pub clangs a bell, he rants his pride of Newfoundland and implores our respect, he pours the rum, I drink the rum—but not before he confirms the crowd is ready to become honourary Newfoundlanders, to which, en masse, we shout: “Indeed I is, me old cock, and long may your big jib draw”! With certificate in hand, it’s official. The truth, however, is this: “Anybody who comes to Newfoundland and understands why we live here, and what we, as Newfoundlanders appreciate, is an honourary Newfoundlander,” shares Chef Todd Perrin over breakfast at his Chef’s Inn. “You don’t need to kiss a cod.” Had I only known that last night… 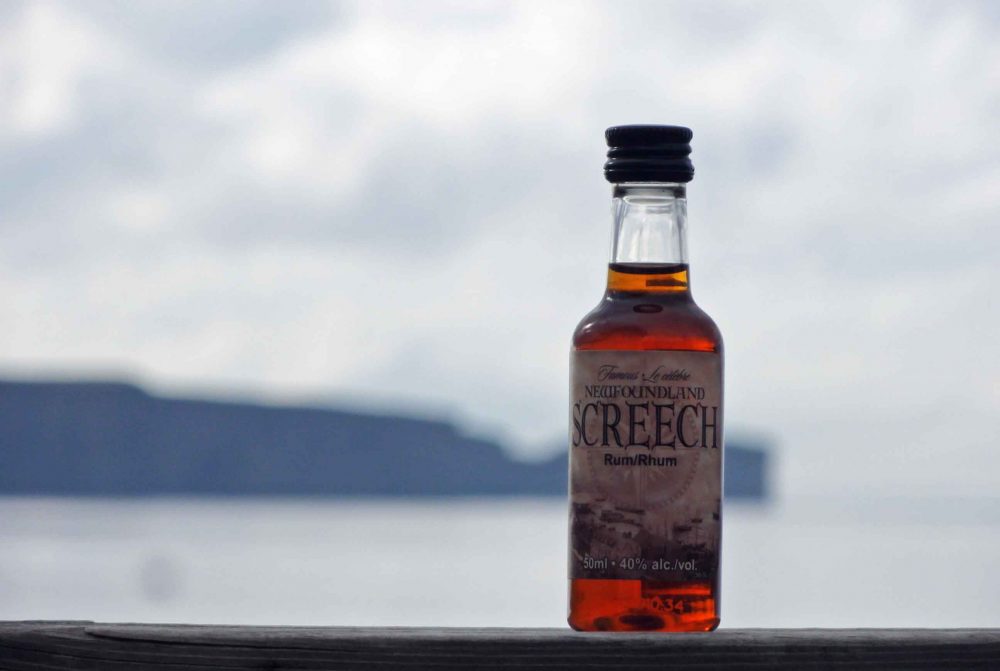 But just what is Screech? Well, it’s a brand established when salt cod was being shipped to the West Indies in exchange for rum. The rum, from Jamaica and Guyana, is then blended with pure Newfoundland water. Also bottled in St. John’s is Iceberg Vodka. A triple distilled neutral grain spirit produced and distilled in Ontario from Peaches & Cream corn but blended with 100% Newfoundland “bergy bits”—big chunks of ice harvested from icebergs intercepted as they head south. The ice is ground and melted into uniquely pure water—the cleanest water on Earth—for the purest vodka in the world. Newfoundland is home to the largest population of whales and most concentrated population of moose. En route to the picturesque villages and woodland trails that surround Trinity Bay we encounter plenty of both. While dining at Fisher’s Loft on cod chowder and Quidi Vidi Brewing Co. Honey Brown lamb shanks we watch in wonder while magnificent icebergs parade by the harbour. As the Atlantic pummels the dramatic rocky cliffs of the easternmost coastline of the continent, Trinity Eco-Tours guides us toward a proliferation of puffins and awe-inspiring whales as they suddenly explode out of the water for air—so close we jump back—and gracefully flip down to the depths of the sea. It’s an incredible sight to share. On the deck of the quaint and cozy Twine Loft Dining, we indulge in hazelnut crusted salmon and tender cod Provencal, and mellow to the sun setting over Fisher’s Cove.

In Cod We Trust
For centuries, Newfoundland cuisine was about staying alive. It was the seafaring food that could be loaded onto ships for the sailors’ long voyage, and what the settlers, with their short growing season and isolated communities could store over winter. The idea of going out to eat for sheer enjoyment is very new. Now, the home cooking that has survived unchanged since the 1500s has been given a makeover.

Crunching on crispy cod tongue and pork scrunchins at the Oppidan in the Sheraton Hotel, we survey the misty harbour below. For 500 years, cod fishing was a staple of Newfoundland culture and employment. By 1992, de-population led to a moratorium on cod fishing. The lone fisherman could no longer go out and catch cod for supper. Large commercial licenses still could, however, and even more significantly, the moratorium affects only Canadian fisheries, not European ones. Newfoundlanders have therefore had to adapt, and the local food movement reflects reclaiming culture and redeveloping cuisine. “The Rock” is a tough environment for agriculture, but farms are expanding, tastes are changing, and the economy is now sustaining restaurants better than ever before. At the forefront of this movement are Andrea Maunder and Mike Barsky of Bacalao—Portuguese for salt cod. Dishes like hearty moose Bolognese and tender caribou medallions in savoury partridgeberry sauce reflect the elevation of traditional ingredients to a modern palate. We love their version of the classic “Jiggs Dinner” with salt beef, carrot, turnip and potato rolled in cabbage leaves, and a sampling of pease pudding. 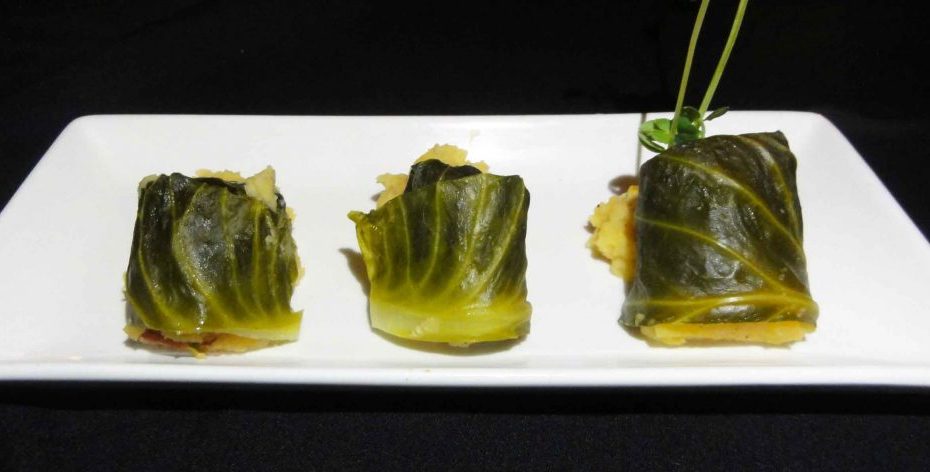 Raymonds’ Chef Jeremy Charles deftly draws from land and sea. His locally sourced lamb feeds on the sea-salted grass of Ship Island. Prepared three ways, roasted loin, braised shank and merguez sausage lamb-pop, reveal Charles’ versatility and fun. Crisp pan-seared guilt head sea bream with roasted sweetbreads, scallops and barley risotto are harmoniously assembled flavours and textures that sing for a pairing from the sommelier. While most menus feature their own cod recipe, we crave crisp spun potato-wrapped cod with lemon and caper vinaigrette at Chinched Bistro. Wild nettle bisque with a hint of citrus and a truffle essence pique our senses. Completing a showcase of local ingredients, an unusual selection of ice creams has included Quidi Vidi Honey Brown beer, sunchoke and lemon zest, and even seal oil. 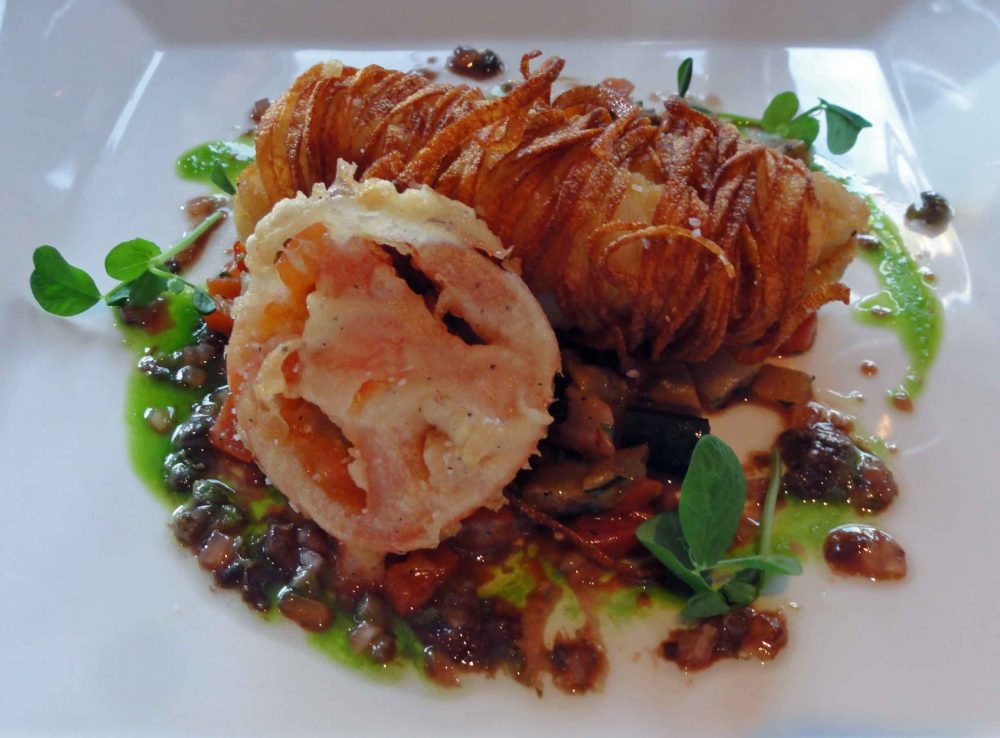 Taste of Place
Newfoundland’s local food movement has leap-frogged to a step beyond “going local” into a 4D experience of “going locale.” It’s about piecing together geography, history and arts with food into unique spaces that create something truly dynamic. From rum tastings at Signal Hill to lighthouse dinners at Cape Spear, Newfoundlanders are fusing culture into their culinary tourism.

At the Bonavista Institute for Cultural Tourism we discuss how to express culture creatively, so the question of “where” you are going to eat stimulates an out-of-the-box, or out-of-the-kitchen answer of where the food is relevant to the space. “Anyone can go into a restaurant and have interesting food,” I am told, “but how is that really an experience?” The aim is to think about using ingredients and non-traditional locations within the community differently so that the “taste of place” includes the space. Integrating culture with food is The Matthew Legacy site where we tour the replica of John Cabot’s ship and pair wine with fish cakes. In the town of Elliston we find root cellars built into the hillsides to store vegetables over winter. What better place to discover history than over a Jiggs Dinner in a traditional root cellar. 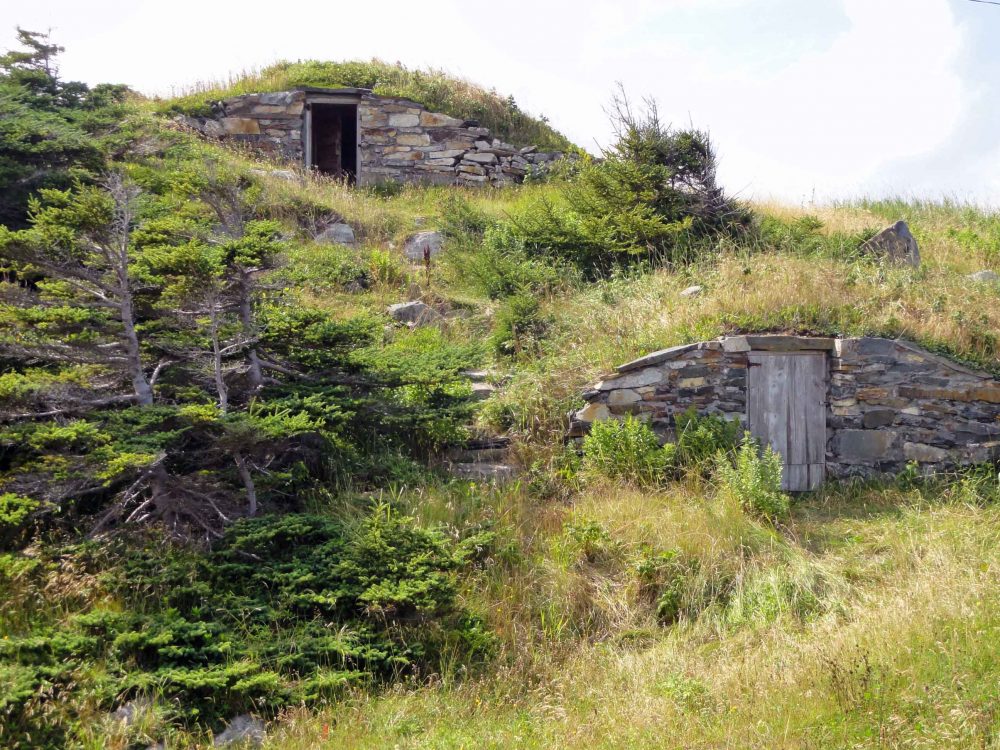 Early French fisherman set up ovens for baking bread to go with their fresh fish. On a misty morning at the Bonavista Social Club, we smell burnt cedar from the wood-fired oven, as we head to a small cabin to milk a goat. A traditional Newfoundland recipe is molasses raisin bread. We knead and roll the dough and sip fresh mint tea as it bakes. It’s the organic experience of baking bread while freshly picked herbs and peppers are carried in one door, baskets of berries in another, and what we eat is what we’ve prepared from what was, moments earlier, in the ground. This is how it used to be, and what better way to appreciate that. One of the great experiences to be had in Canada is a Ferryland Lighthouse picnic. The panoramic walk along the isthmus is perfumed with blueberries and Labrador tea. With basket in tow, we lay a blanket on cushion-y grass and gaze out at the endless sea. Snacking on chutney glazed-ham, Brie and green apple served on oatmeal bread, a decadent marshmallow brownie and refreshing lemonade with mint, we watch the awesome show of whales breaching the waters before us. The breathtaking vista is so calm and quiet we nap here all afternoon. 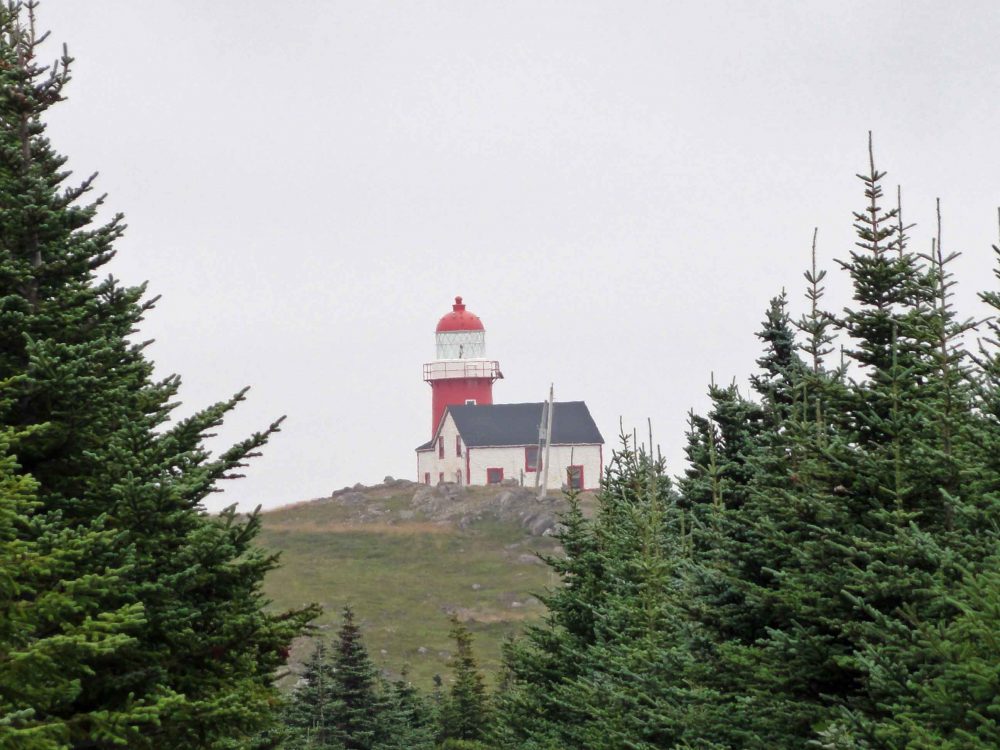 Newfoundland is vast, and there are as many stories told as there are yet to tell. The oldest colony, and youngest province, offers much more to discover. Standing on the very spot where Marconi sent the world’s first transatlantic wireless signal, I watch my son texting a photo of the sea to his friends. Through the fog we walk toward the sound of bagpipes and the crackle of gunfire, and watch the Signal Hill Tattoo reenactment of 18th century battles. St. John’s is a place of great history, and as we pass the multi-coloured houses of Jelly Bean Row, we see the markers of legendary events around every corner.