Where To DINE Now: Ovest

Okinawans are active people. This is the birthplace of karate (empty hand), and there are hundreds of gyms where this character-building art of self-defence is practised. It is also the home of the world’s largest annual tug-of-war. The main draw, however, is snorkelling and diving. Divers island-hop year-round to explore the vast underwater landscape that Jacques Cousteau claimed to be among the most beautiful and diverse coral reefs in the world. On a hot January afternoon I wade into the warm water at Madea Point on Okinawa Island, snorkel around weathered rock formations that look like giant mushrooms, and swim out to the Blue Cave—the most popular diving spot in Japan—a world saturated in blue.

At each cove I pass, ribbons of white sand stretch out to Tiffany blue waters, sparkling crystal clear, bedazzled by a kaleidoscope of marine life within one of the world’s largest coral habitats. In the spring one can see hammerhead sharks breeding and hear humpback whales singing. From underwater caves and tunnels to ruins and shipwrecks, there are so many different areas to explore throughout this island chain. 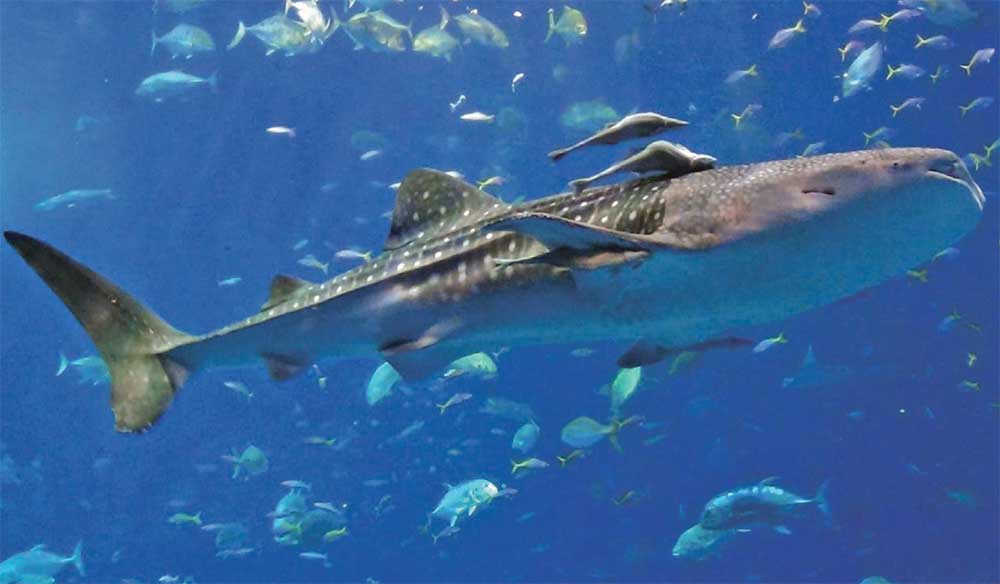 The Churaumi Aquarium includes one of the largest acrylic glass panel tanks in the world. Viewing the teeming tropical fish gives me a sense of both the beauty and the enormity of some of these marine creatures—more than 700 different species are exhibited.

Farther north on the island is an enduring legacy, and a feature of Okinawa that has been fascinating dieticians, epidemiologists and geneticists for years. Ogimi Village is home to one of the largest communities of centenarians in the world, and the subject of the famous “Okinawa Diet.”

I meet with two women, both in their mid-nineties, who display more energy than me after a double espresso. Their secret to longevity: there is no secret. They work each day with a sense of purpose and community. Their social network is strong and their spiritual connection to their ancestry is integral. Their diet minimizes caloric intake and maximizes nutrition, and is a balance of ingredients that they themselves harvest, from local herbs, vegetables and legumes to sea plants and fish. When I ask how they deal with stress, they answer, “We sing.”

In the southernmost part of Okinawa are the world heritage island of Taketomi and the get-away choice for Japan’s rich and famous, Hoshinoya resort. I arrive with the bravado of a New York City cab driver to a destination an ocean away from any traffic. But, that veneer quickly melts. At Hoshinoya a full day is measured not by how much we are doing, but by how much we are not doing. How much can we let go?

Forty-eight villas offer seclusion. Austere by design, and in keeping with the architectural style of the main village, walls of coral rock surround each traditional Japanese villa to ensure privacy and shield it from wind and evil spirits. So secluded, I have no idea anyone else is here.

Okinawan cuisine is different from Japanese cuisine in its regional variation and Chinese influence. Breakfast at Hoshinoya—whether western or Japanese—is made up of ingredients exclusively from Okinawa’s archipelago. Light tofu pancakes and fruit, citrus-grilled grouper, poached egg with seaweed jelly, steamed pork and vegetables; everything is healthy and comes with a vibrant selection of juice like fresh pineapple, bitter melon and spinach or banana, yogurt, milk and turmeric. 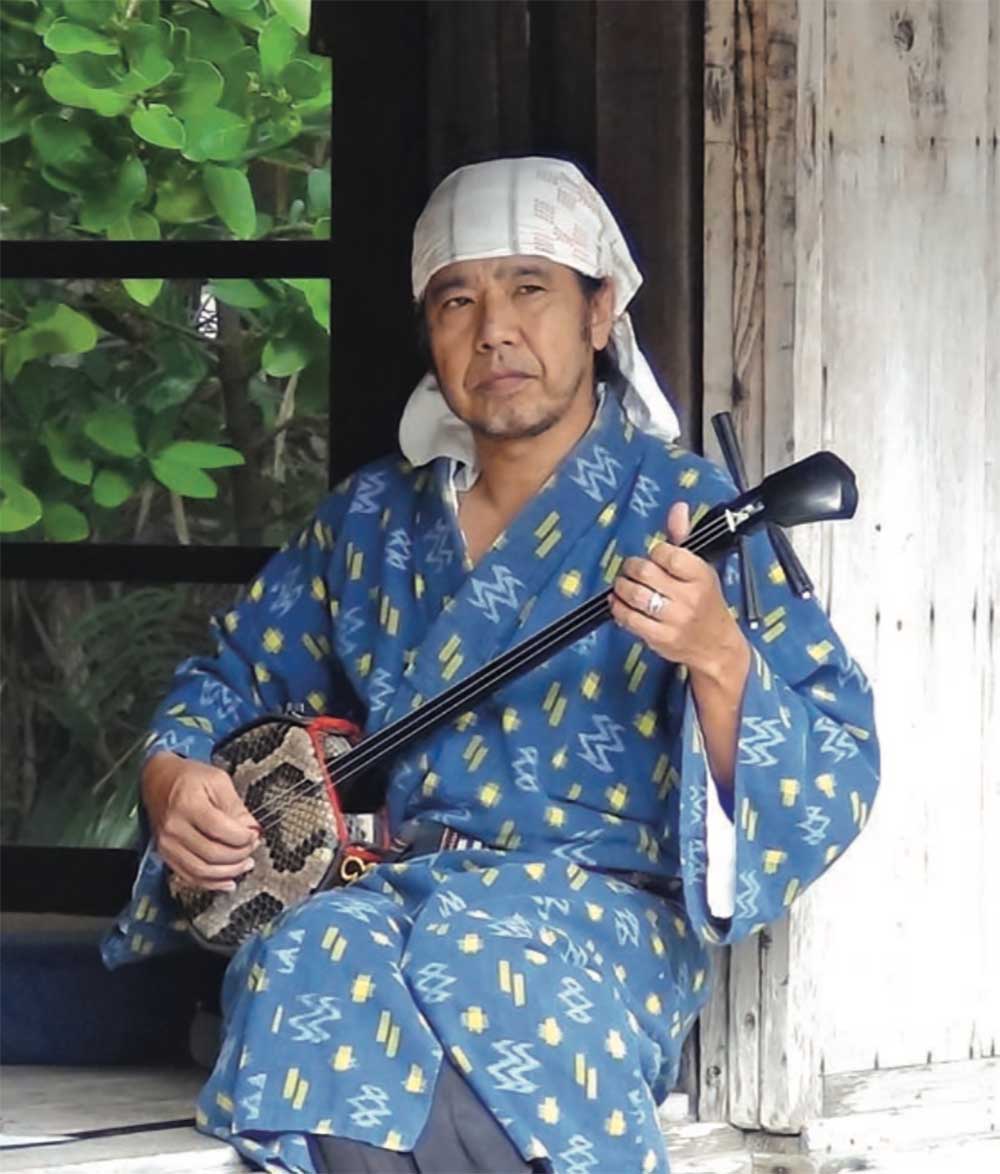 Beyond the labyrinthine paths of the resort, I cycle dirt roads to the main beach, population: me. Where else can one find soft crushed coral sands extending far out into warm ocean waters with no one else in sight? A couple of birds fly overhead, a few waves froth the shore—but that’s it. Silence.

At the spa, the massage therapist kneads oil infused with lemongrass, peppermint, lavender and rosemary into my neck and shoulders to recondition, circulate and relieve all the tension I never knew I was holding. Unwound, I sip a soothing tea of apple mint, guava and hibiscus, all freshly picked from the herb garden.

Ryukyu Nouvelle is Okinawan-style cuisine based on French technique. For dinner, consommé with local tofu and foie gras awakens my palate with its confluence of soft rich textures; followed by tangy braised burdock wrapped in a tender roll of Ishigaki pork, served with lemon-zested potato puree. The climate enables bold flavours, but the care and delicacy of the chef goes a long way. 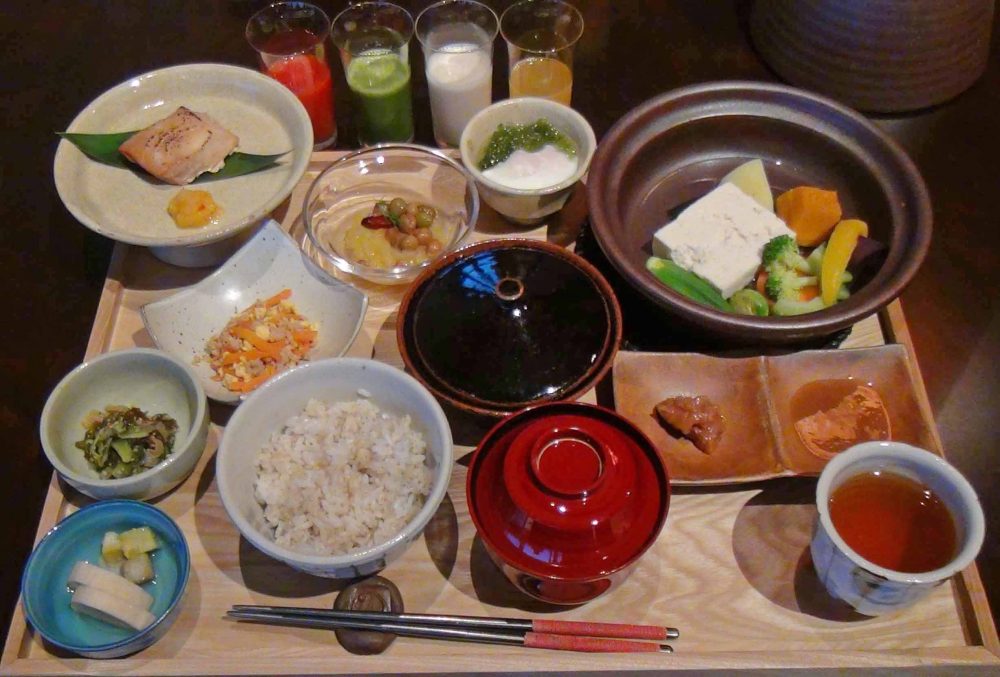 While being led through yoga and deep breathing under the stars, I count constellations. This healthy and serene environment resets and re-balances my constitution before heading home.

Okinawa’s tropical climate, ingredients and lifestyle provide a destination that is exhilarating and restorative and, like the traditional villagers who are in no hurry to age, I’m in no hurry to leave.

Where To DINE Now: Ovest