Beneath the shimmering surface of diamond dust and Swarovski crystal-embellished façades, Rubem Robierb’s work is bursting with provocative themes that entice his audience to re-evaluate their own humanity.

“I am inspired by all elements of humanity and human experience, whether it be personal conflicts or global issues,” he says. “An artist cannot isolate himself from what happens in the world because art, for me, is often a raw unfiltered mirror of these experiences.”

His month long international exhibition, Metamorphosis, will take place simultaneously in the Taglialatella Galleries in Toronto, Paris and New York locations. It will explore Robierb’s journey as a visual artist, harnessing the strong aesthetic skills gained from his initial work as a photographer, which he now employs within a diverse range of multimedia prints, paintings, sculptures and three dimensional works. 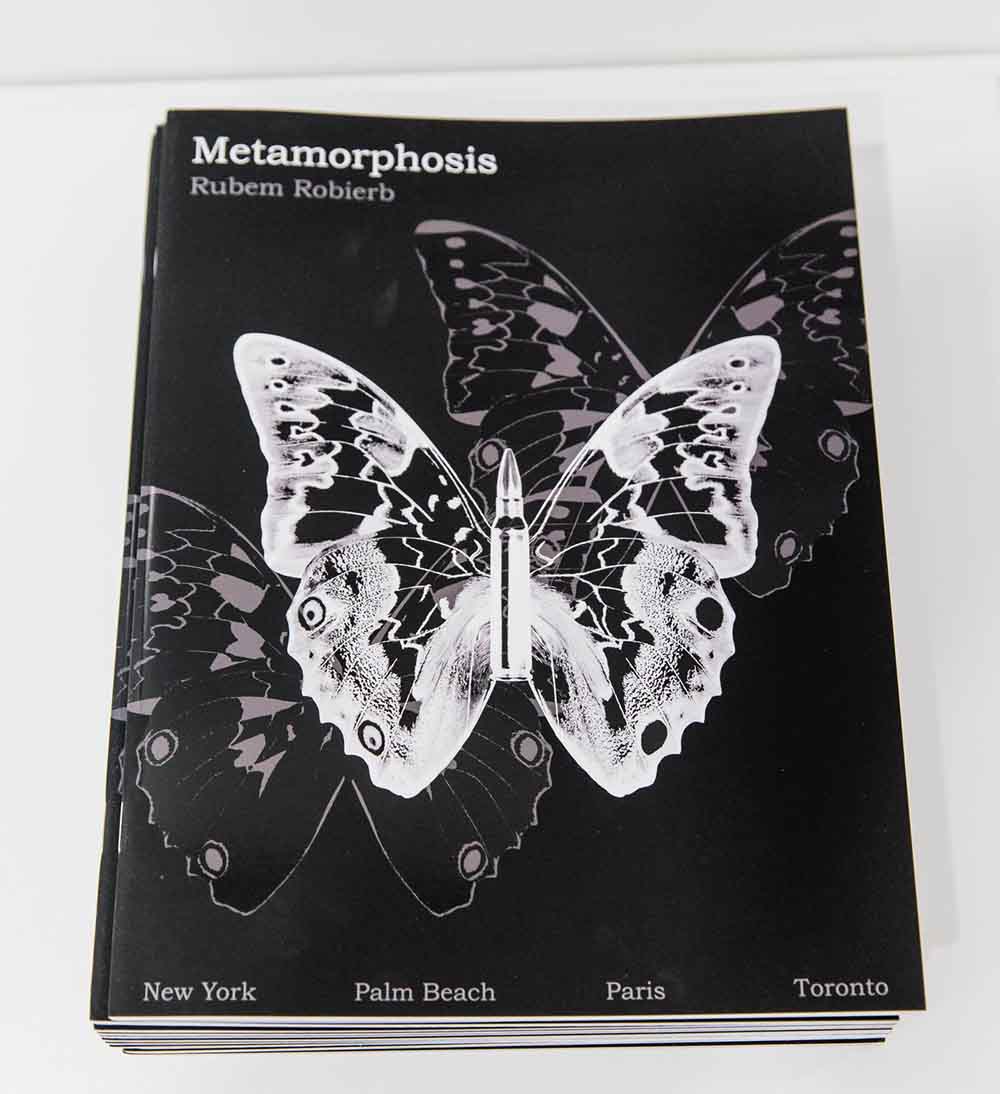 Robierb began his career in advertising, working primarily within the fashion industry of his native Brazil, but felt drawn to the freedom sanctioned by other forms of art, such as poetry, which would allow him to work within many different cultures and places around the world. After moving to the US, his work became more provocative as he began to use his art as a vehicle to explore and reflect on the complexities of American society. Through the sharp juxtapositions between the visual representation of the physical world and underlying universal socio-cultural issues present in these works, Robierb invites his audience to question the importance of material possessions in a new context.

Today this imagery is never without this dichotomy as he is continually inspired by opposing ideas of topical issues and concerns.

“I wanted to create a monument that shows the contrasting fragility and strength of our dreams,” he says. “We are the dreamers–the ones who live and die to make the impossible happen.” His signature butterfly motif is redefined in his new monumental sculptures series Dream Machine. The life-size three dimensional works are representative of the materialization of wishes that are seemingly impossible. Moving from canvas to sculpture this monument for the dreamer is brought into our physical space allowing us to imagine the ways society can overcome challenging circumstances and flourish in the process.

Like his diamond dust dyptichs, dream machine invites the beholder to interact with his artwork by placing themselves between the wings. He invites you to peek through the organic curves following your eye’s journey along with the fluid lines of the dynamic forms of his wings, circulating the piece in a way that mimics the spiralling of the cocoon which allows the butterfly to realize it’s true self. 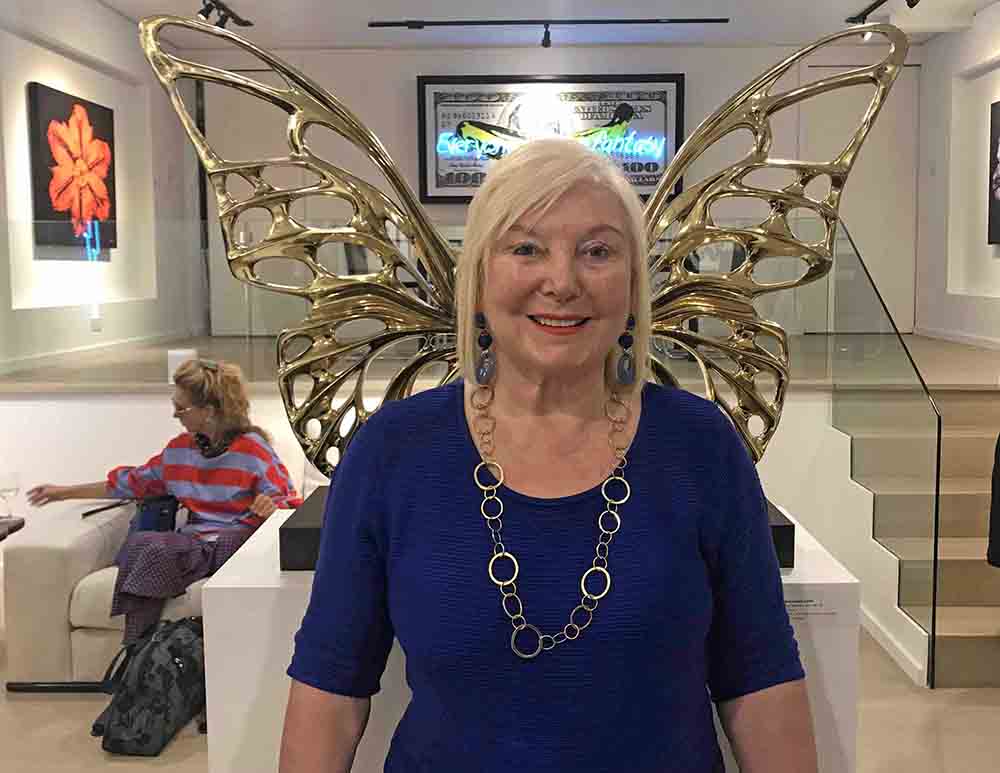 The dyptichs series and evolution of the “bullet-fly” series with it’s mirroring larger- than-life wings in a range of colors coated in a layer of iridescent diamond dust,. allows the viewer to place him or herself within the actual and ideological space of the work. His career long obsession with the butterfly motif it’s again brought to the fore as he visually seduces his viewer through an ultra-glamorized aesthetic while forcing them to consider the fragility and temporality of this static moment within the cycle of life. His bullet sculptures which are made to stand between these immense canvases further underscore the juxtaposing ideas of power and beauty.

Each large-scale dream machine sculpture is named after an individual who, whether anonymously or famously, died making others dreams possible. The smaller solid bronze dream machine works dipped in chrome, are available in silver Gold and copper.