“Corn and honey lead on the nose with some toasty oak and tropical fruit. Rich and full in the mouth with great development of spice and ripe fruit across the palate. Flavours of soft toffee, mint and honey evolve with some time in the glass. Long, creamy, spice-filled finish.” These are the words that best describe the world’s finest Bourbons. It’s come a long way, baby. Corn likker was distilled in the hills of Tennessee and Kentucky way back in the 1800s and poured into jugs. But how did it get from there to here?

Blame it all on the first president of the United States of America, George Washington. To raise money, he chose to tax the more than 3,000 registered pot stills in Pennsylvania. It caused a bloody rebellion and a migration to the states of Kentucky and Tennessee, where the long arm of the law did not quite reach. In Bourbon County in Kentucky, named after a French Royal family to honour their assistance in the War of Independence from England, they stamped their barrels: Bourbon. Soon everyone followed, since the liquor was quite good, and everything made in the area was called Bourbon.

Then came the First World War and whiskey distilleries were forced to change and manufacture gunpowder. In 1919, when the war ended, Prohibition began. All supplies of whiskey were destroyed and the mechanisms of distilleries were re-purposed. Enter the no-frills-super-supplier, Canada. Across the long and unguarded border between Canada and the U.S., the Rye whiskey flowed, like, well, whiskey. Some Canadians amassed fame and fortune. America abolished this failed law in 1933, and the Bourbon distilleries were back in business. 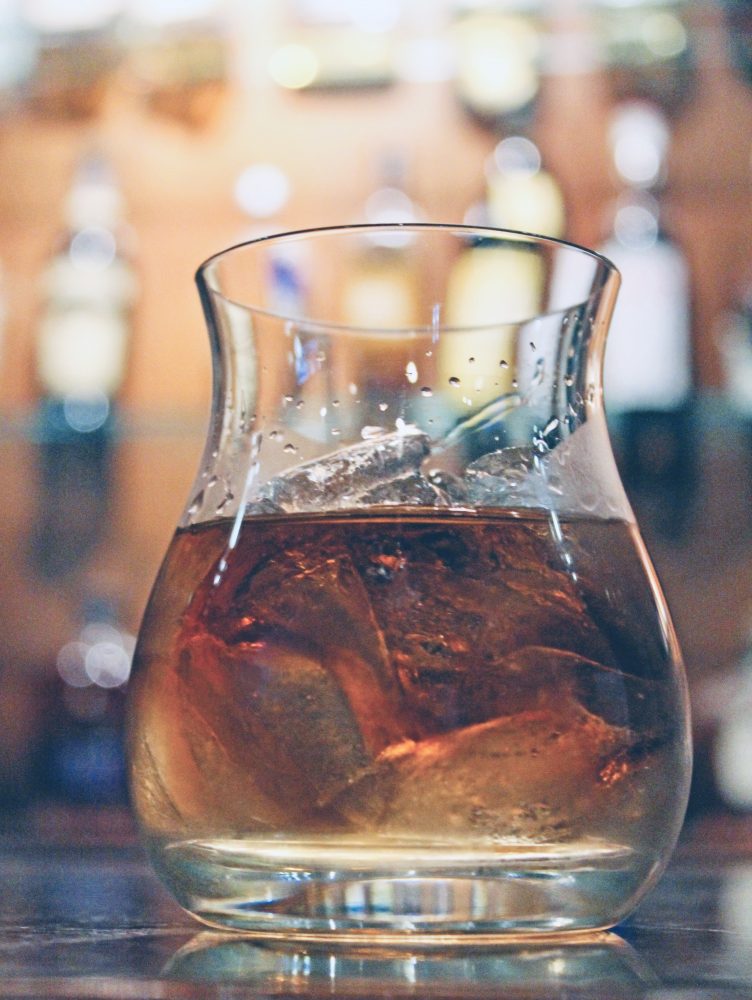 Bourbon is to America like Scotch is to Scotland—the national whiskey. Aided and abetted by celebrities like Frank Sinatra, Jon Hamm, as TV’s Mad Men star Don Draper, Keith Richards and the renowned American chef Bobby Flay, it has a major market share in North America. Order Old Forester, Jack Daniels or Early Times in Toronto, you will get one finger (or 1 oz.) in a half glass of ice. In the U.S. the standard is two fingers, and in Kentucky, three fingers of Bourbon is the measure. A smart, young, Bourbon drinking woman who tends the bar at my local tells me that when an American comes in and orders Bourbon, she will give him a two-finger pour.

Tracing the Nazca Lines of Peru

I was introduced to Woodford Reserve Bourbon at the Kentucky Derby a few years ago, where my late husband Al and I were the Parade Marshals. Woodford is the official bourbon of the Derby, and it seems fitting since this oldest and smallest working distillery was once used as a stable for racehorses. They are the only small-batch distillery that still uses traditional copper pot stills. At the Derby, beginning early in the day, the Woodford mint juleps are served in specially crafted glasses that boast the Kentucky Derby emblem. Woodford is also the bourbon used in the $1,000-a-glass mint julep prepared and only sold at the Derby. Exotic ingredients change each year, and have included gold-filtered mineral water, Turkish mint grown near the Euphrates and ice from the Arctic Circle. Oh my!

Bourbon defines an American man’s world, but in the past decade, women with a certain edge, a certain frankness and confidence have discovered this golden elixir. They order it by name at the bar: Woodford Reserve Double Oaked or Gentleman Jack. Even the most jaded bartender will raise an eyebrow and offer a nod of respect to the woman who has invaded man’s whiskey territory.