I am lying in a hammock in the communal sleeping hut in a small village in the Venezuelan rainforest. At night it is pitch black and pouring rain. I can hear the cockroaches scurrying around on the floor, and I say to myself, Lesley Gracie, “what on earth are you doing here?” It was the adventure of a lifetime for Ms. Gracie, who had come from Yorkshire to the tiny seaside village of Girvan, Scotland, to join William Grant and Sons as a chemist in 1988c

In 1999, Master Distiller Gracie created a new and unique Hendrick’s gin with the wondrous combination of rose and cucumber flavours, which took the market by storm and continues to thrill us all. Then in 2013, there were new worlds to investigate. “We started on the trip with an in-house film crew and we carried a small still. We really had nothing in mind as to what was growing and what we were going to find. But the only thing I had in mind is that it had to fit into Hendrick’s Gin. We traveled through jungles, mountains, savannas, and found fantastic things I’ve never seen before.” The only way they could decide whether or not to do anything with a plant would be to take some of the leaves or flowers, crush them, and smell.

“Our Global Brand Ambassador was desperate for us to use what the indigenous people, Sanema, called wild pigs piss, he was desperate to see it on a label. The smell was horrible! We came across the plant called Scorpion’s Tail that had all three flavors that we liked: a floral, a spice, and a green.” They made an extraction into alcohol and a distillation. To their amazement, the three elements were still there. They decided that Scorpion’s Tail was the one they were going to use. Anthropologists write that the Sanema is only a few generations away from being nomadic and the society is still very male-dominated. 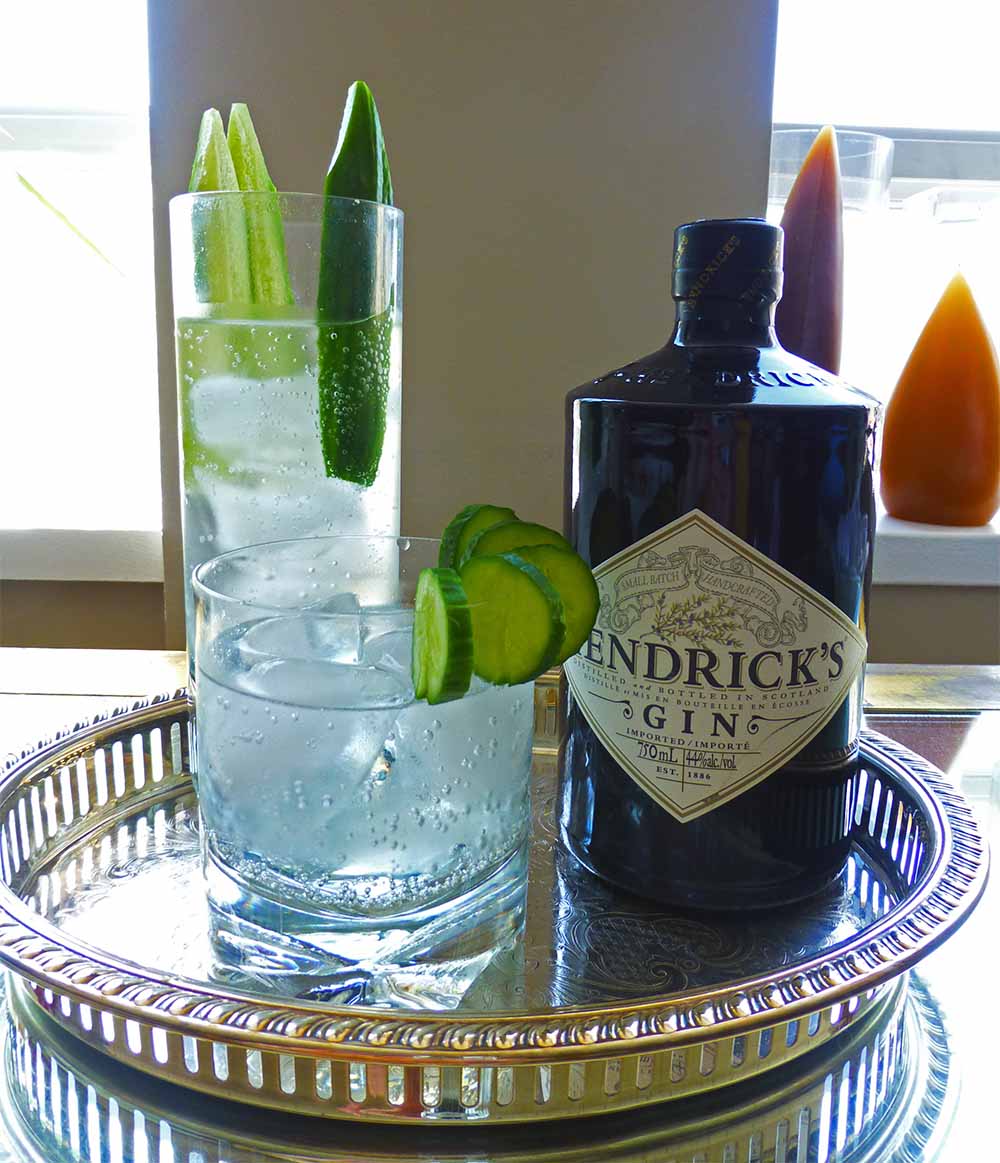 “While we were there and doing the distillation” explains Lesley, I was asking the guys to go get water from the river to run the condenser. The women were staring at me in amazement saying, ‘did you see that she asked the man to get water from the river?” They took the Scorpions Tail distillate back to the U.K., mixed it into a small batch of Hendricks, and gave it out to people who had been loyal to the brand right from the beginning. They never intended for it to be sold. They hosted events all over the world and guests were invited to make cocktails or enjoy it in whatever way they wished, but they weren’t allowed to take them home. These were not intended to end up on anyone’s back bar.

Lavazza Coffee: Sustainability and the Choice of Michelin Restaurants

Hendrick’s distinguishes itself from the dozens of other notable brands of gin by utilizing a unique method. Basically they use two different types of stills, taking a distillate from one type of still that produces depth and complexity and a distillate from another type of still that produces the bright notes, and putting them together. So although the same botanicals go into both stills, this process gives a different flavor compilation.

All the botanicals come from the EU and are purchased through a broker who personally visits every farm. Before they are accepted, they must meet very tight specifications, and the botanicals go through three rigid inspections. Now the Master Distiller, leading the New Liquid Development, Lesley Gracie’s enthusiasm bubbles over, “others may disagree, but I think I’ve got the best job in the company.”