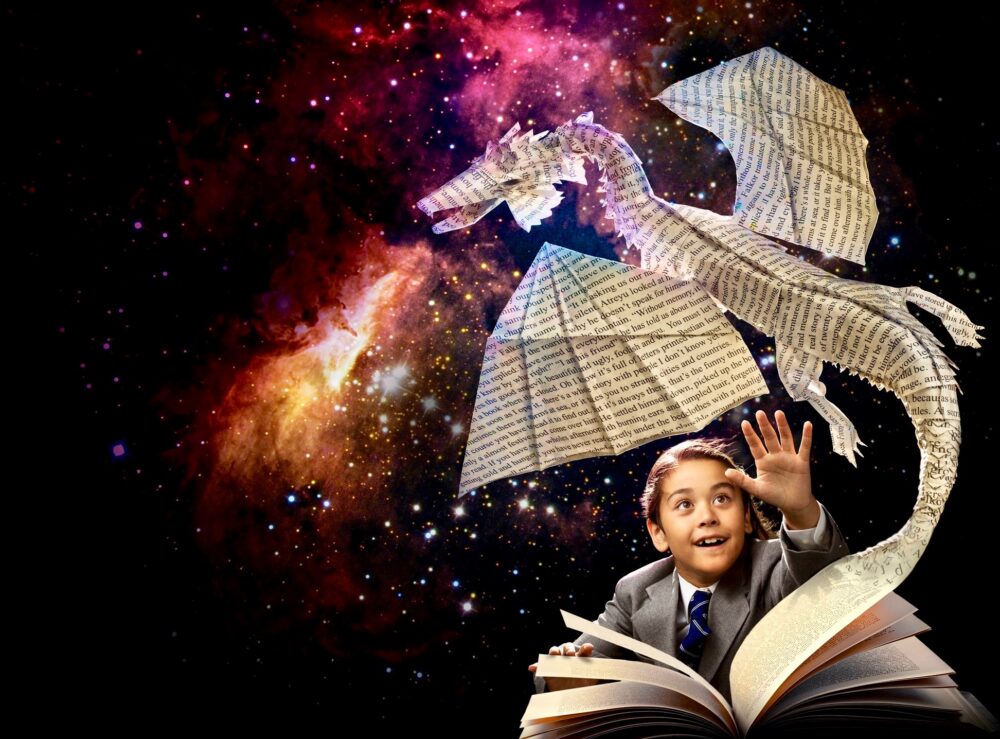 My son’s first show at the Stratford Festival would be at the same theatre as my Dad’s last. Poignant. It’s The Neverending Story. I remember watching my Dad play Willie Loman in Death of a Salesman all those years ago. I hardly knew Stratford then, or of its many legendary performances. Now, having acted here myself, it’s home.

Introducing the theatre to a child is a special experience. It’s unlike the passive entertainment he’s used to, and I don’t know if he can sit through an entire performance. The Stratford Festival has me covered. There are so many theatre-related activities for kids now to acclimate them to the world of the theatre and to a kid-friendly show. It’s wonderful. There are now so many added features to the theatre experience to make it more dynamic and interactive from the costume warehouse tours to the symposiums, dinners and table talks of the Stratford Forum.

We begin with a Hero’s Quest Lunch in the Paul D. Fleck Marquee at the Festival Theatre. Here we make abstract puppets at our table, and then, as a group, along with our tablemates, form a horse called Artax, who we will be seeing in the play. We gallop and neigh. Time for pizza. Choosing his own toppings from a buffet of choices my son hands his masterpiece over to the kitchen for them to prepare his customized pizza. Devouring it like a hero we then move on to making cookies. His choice is the horse, of course. 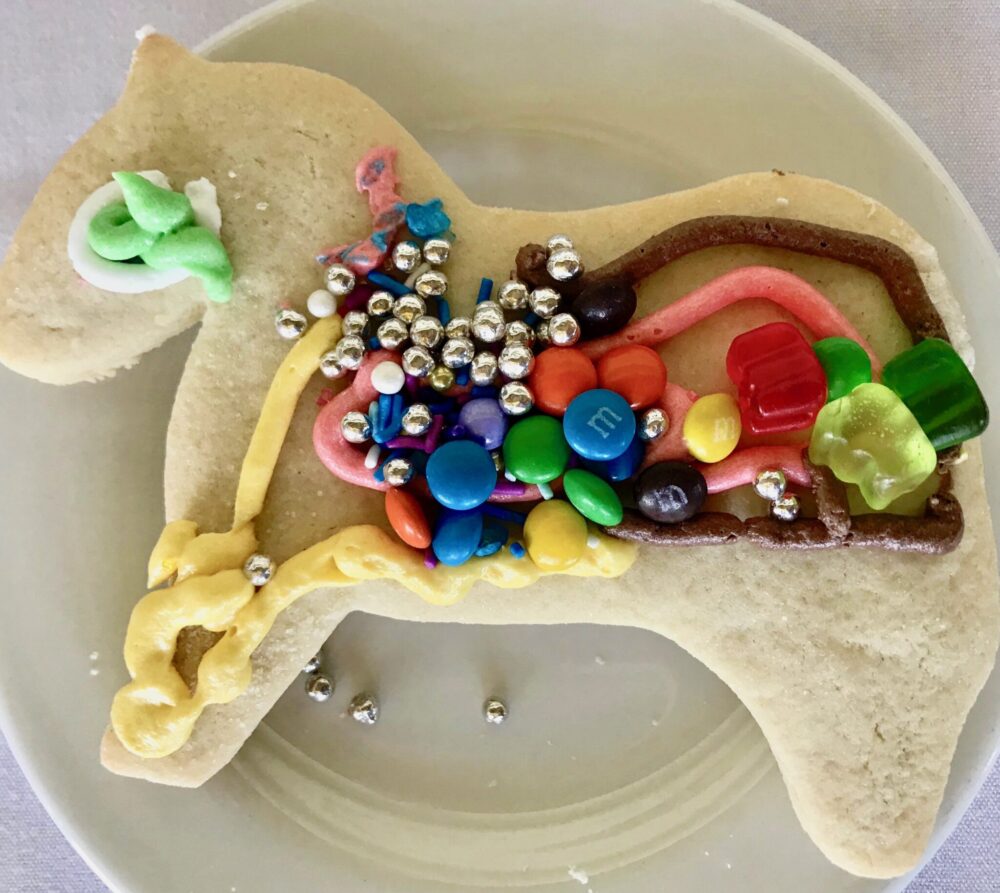 There are plenty of other activities, including face painting, to keep him occupied with the other children, all of whom will see each other at the show. What captivates him, though, is creating his own Auryn. At the moment we have no idea what that means, except that it’s a DIY medallion to wear around his neck during the performance. It turns out that this is a protective medallion that the Empress gives to Atreyu. He makes it just as shiny and colourful as can be. With that, we’re off.

Comfortably seated, the lights dim, and the most electrifying production I’ve ever seen commences. My son is on the edge of his seat. Who doesn’t love fantasy? This is easy to follow, and with all the lights and technical work, we are riveted. The Neverending Story has a moral to it that is reinforced throughout: the value of an imagination. Whether it be making your own pizza or cookie, a paper puppet, a group horse, or a protective medallion, the message to my son becomes clear: without an imagination, there is no story. He was successfully entertained without knowing he was actually learning an important life lesson reinforced throughout lunch and into the performance. 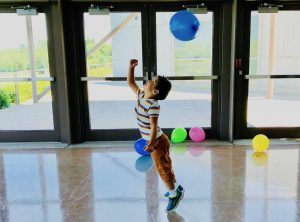