Davin deKergommeaux is the leading voice on Canadian whisky today.…

Taking the Waters, in Tuscany

(from “Canada’s Next Big Thing” by Davin de Kergommeaux, DINE and Destinations 2017-18)

In 1801, John Molson fired up Canada’s first known whisky still at his Montreal brewery. Until then, Canadians drank rum, cider, or beer. It wasn’t long though before whisky took the lead and, in the process, became an unstoppable force in forging Canada’s future. How? Through taxes, of course. In the decades preceding Confederation, whisky distilleries contributed more to the public purse than any other enterprise in the country.

What we often forget though is how Hiram Walker’s distillery helped support Sir John A. MacDonald’s political career just as J.P. Wiser’s did the same for Sir Wilfred Laurier. It is not a stretch to say that Confederation and the early Dominion were built on whisky. While MacDonald was said to favour claret and known to sip vodka in the House of Commons, there is little doubt that he and Walker shared an occasional dram. Certainly, it was whisky that Laurier raised to thank his host when he visited J.P. Wiser in his Prescott home.

Almost from the beginning, Canada’s early distillers courted the export market. The distribution networks they set up in the United States turned to gold in 1861 when the American Civil War disrupted distilling south of the border. By 1865, Canadian whisky had become the number one best selling whisky style there, and remained so for 145 years, until bourbon finally caught up with it in 2010.

Did Prohibition make Canada’s reputation as a whisky nation? No! It was the Civil War three generations earlier.

In 19th century Ontario, hundreds of settlers had home stills, though only a few achieved commercial scale. Visionaries such as Joseph Seagram, J.P. Wiser, Gooderham & Worts, Hiram Walker and Henry Corby saw an evergrowing market for rich, flavourful whisky. This required three components: quality grains, rye grain in the mash, and enough time for the whisky to mature. “Quality is something you just can’t rush,” Wiser was fond of saying.

After a faltering start, Walker’s flagship Canadian Club brand became so popular that shady distillers in the United States began adding the word “Canadian” to their labels, some actually counterfeiting the Canadian Club package. The feisty Walker fought back, naming the counterfeiters on billboards and daring them to sue him for defamation. None ever did.

The Big Five – Seagram, Walker, Wiser, Corby, and Gooderham & Worts – soon made everyone else mere also-rans in the whisky trade. The extent of their success and influence is evidenced by Gooderham & Worts becoming the nascent country’s largest taxpayer, and the towns that were named after Corby and Walker. Although corporate consolidation later brought most of these brands together under one roof, the seed that grew into today’s Canadian whisky style was planted in the mid-19th century by these far-sighted whisky makers, who thrived on competition.

The temperance movement never gained the kind of traction in Canada that it did south of the border. It was certainly politically correct to support it – even J.P. Wiser voted for prohibition when the issue was brought before Prescott’s town council. But it was left to the provinces to pass legislation and, though most did, it was often short-lived and so riven with loopholes that it achieved little.

The real Canadian market was in the United States, where masses of whisky were shipped across the border all through the period of Prohibition. Despite Hollywood images to the contrary, however, these sales were miniscule compared with the legal pre-Prohibition trade. So miniscule, in fact, that several Canadian distilleries teetered into bankruptcy, while others were sold for a song so their Protestant owners could avoid the withering glare of fellow parishioners.

Gems like today’s Wiser’s 35-year-old, Canadian Club 40-year-old, and Century Reserve 15/25 require decades in the making. Age-conscious whisky fans seek out these mature beauties. If there are age statements on the best Scotch, they reason, why shouldn’t the best Canadian whiskies have them too?

Ross Hendry left a job at Glenrothes distillery in his native Scotland to become marketing director for Canada’s Corby Distillers. “It is startling that even the most erudite whisky aficionado still views Canada’s national spirit as a great mystery,” he observes. “When you tell them that it was Canada (not my fellow Scots) that first mandated age statements on whisky, their eyes widen and you can see perceptions starting to change in front of you.”

Twenty-seven years after Canada passed laws requiring whisky be aged, Scotland followed suit. Canada’s top distillers had long realized that making good whisky takes time, whether government regulations require it or not. Abiding such laws was no hardship for them as they were doing it already. With government certifying its age, however, Canadian whisky gained a cachet that no other country enjoyed. Demand skyrocketed; the Scots took notice. 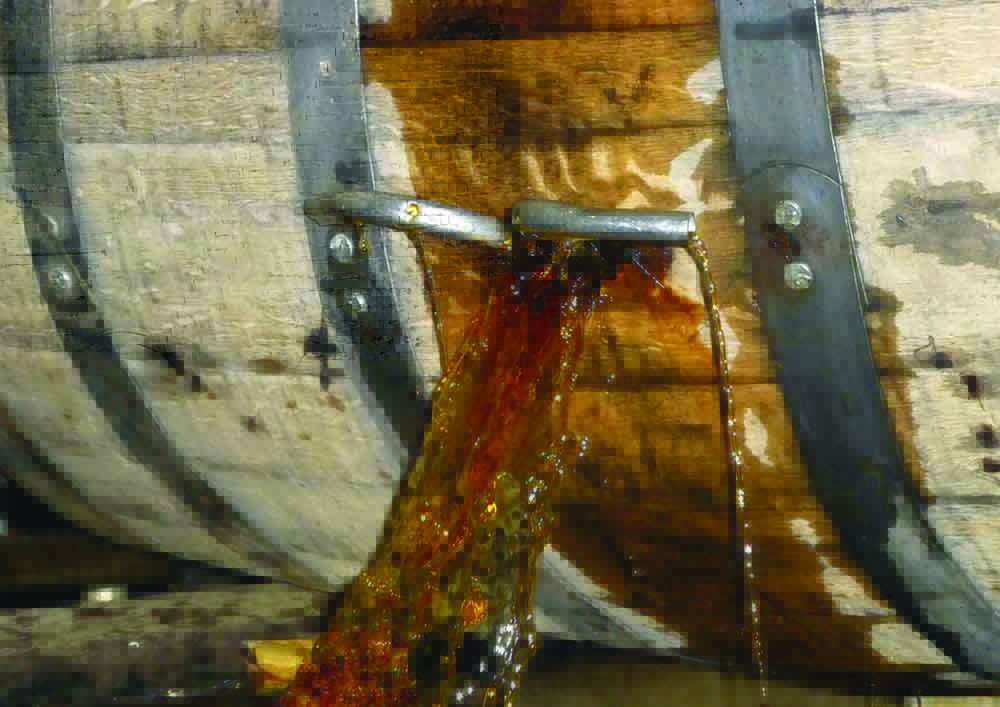 Although Prohibition devastated sales of Canadian whisky, it also created huge opportunities. One of those ready to seize the challenge was Sam Bronfman, known affectionately as “Mr. Sam.” Bronfman was obsessed with quality, unlike the quick-buck artists he disdained from the Prohibition era. After he turned Seagram’s failing distillery into a billion-dollar enterprise, he established divisions with their own brands to compete against each other. Then, in 1939, he created Crown Royal to commemorate a royal visit to Canada. The whisky became a phenomenal success and kicked off brand wars that continue to this day, much to the whisky lover’s benefit.

As the reputation of Canadian whisky grew, brands fought tooth and nail for market share. Canadian Club was selling well so why not create new versions of it? Soon, CC drinkers had Canadian Club 12-year-old and half a dozen other versions to choose from. Other brands did the same. 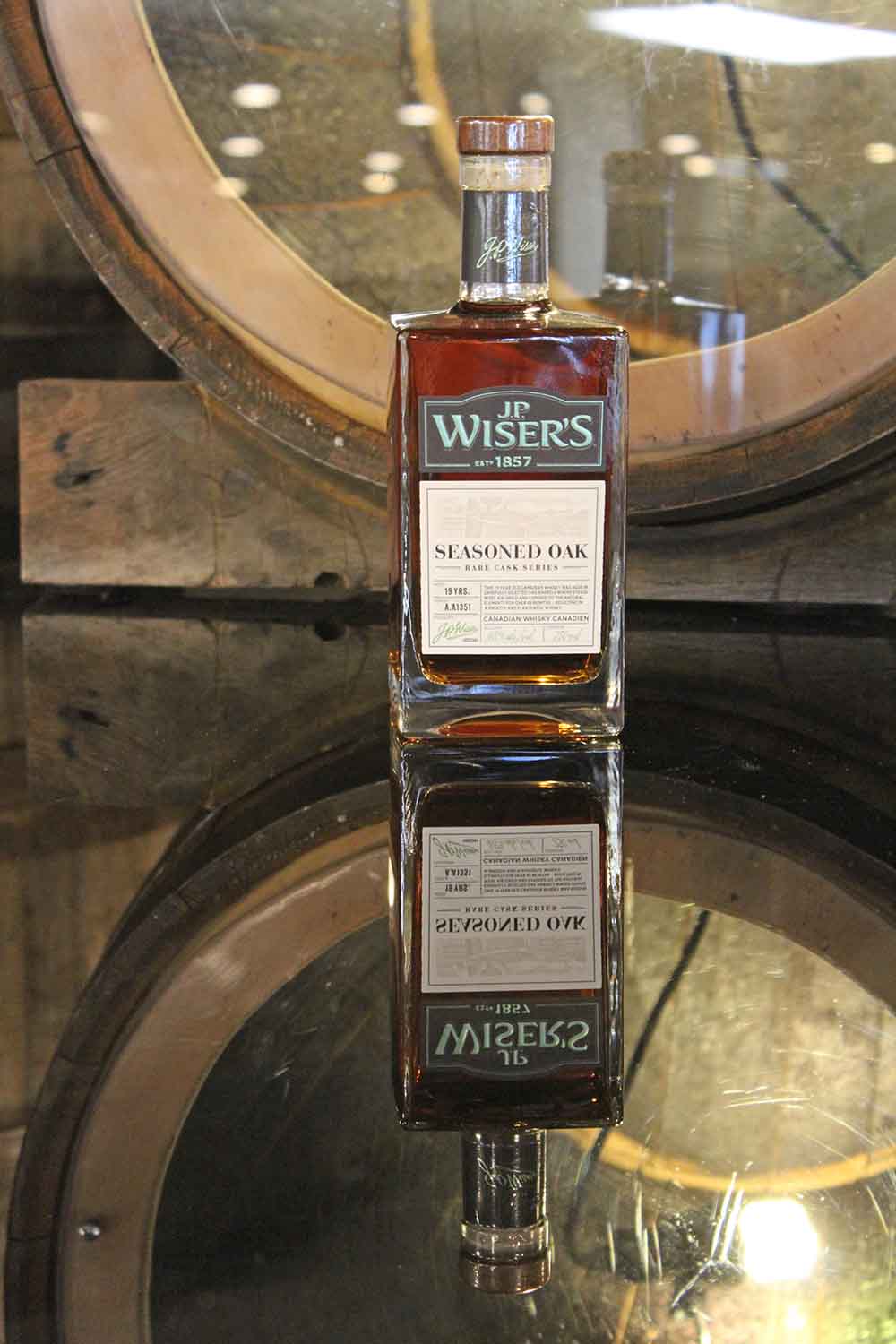 Mr. Sam’s obsession with quality became the keystone in Canada’s whisky reputation. Quality checkpoints at every step in the production process ensured that Canadian whisky was consistently good. And with millions of barrels of whisky maturing in warehouses, Canadian whisky makers could create a range of whiskies to please every palate. This focus on quality and variety served Canada well when the 1980s rolled around and vodka came into fashion. Canadian whisky makers lightened their blends to keep pace. Lower demand and rising taxes made a fatal cocktail though, and some distilleries shut down. Those that survived are back in style today as never before, and are joined by a growing cadre of new ones.

“Canadian whisky is enjoying a virtual rebirth,” says Dave Sweet. He has been presenting Whisky Live tasting events across North America for the past decade. “When Crown Royal Northern Harvest Rye was named best world whisky, that was the kick-off. Canadian whisky is going to be the next cool trend for the in-the-know whisky enthusiast.”

Davin deKergommeaux is the leading voice on Canadian whisky today. He authored the influential book Canadian Whisky: The New Portable Expert, and the Definitive Guide to Canadian Distilleries. In addition to DINE, Davin writes for Whisky Magazine, Whisky Advocate, American Craft Spirits and a number of lifestyle publications. He founded the Canadian Whisky Awards and has been a judge for the Malt Maniacs Awards and the World Whisky Awards for many years. He lives in Ottawa Canada with his wife and Lhasa Apso pup.

Taking the Waters, in Tuscany