There is an illicit thrill to landing smack into summer from snow and freezing rain. We’re thumbing our noses at Mother Nature.

Driving along the lively, café-society stretch of N. Beach Boulevard to the Atlantic Hotel and Spa just before sunset, I see hardliners still cavorting on the white sand at the ocean’s shore, clinging to the last carefree minutes of the day. I smile with anticipation. I will be joining them on that beach tomorrow.

Dinner at the hotel’s Coastal Restaurant rings that airy, modern, pastel, Florida bell: A balmy 26 degrees and a lavish platter of two huge lobster tails, fresh from Gulf waters, and a daily complimentary glass of wine. I had forgotten the generosity of American dining rooms.

Next morning, fortified by breakfast of avocado toast and poached eggs on the oceanfront terrace, I’m on my way to see a major Frank Stella exhibit at the NSU Art Museum. In 2019, watch for William Glackens and Pierre Auguste Renoir: Affinities and Distinctions. 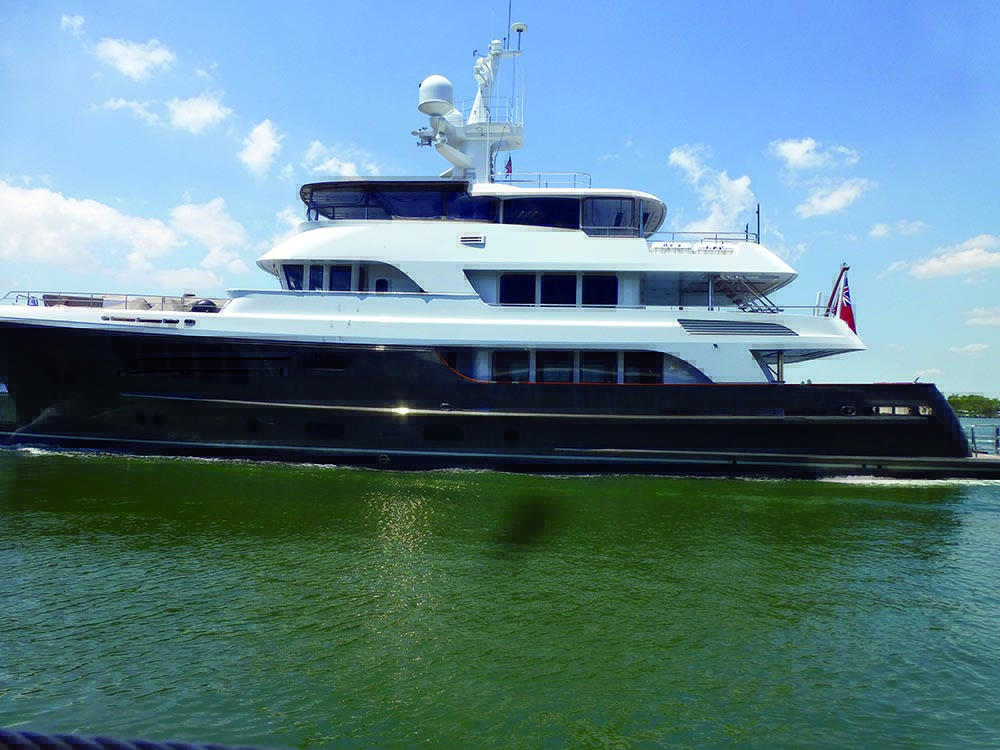 The jewel in the cultural crown is the Broward Center for the Performing Arts at Sailboat Bend. It has become a catalyst for downtown revitalization and an anchor of the Riverwalk Arts and Entertainment District. During the 2019 Broadway Season, you can see the hottest ticket in New York, “Hamilton.” Book now. They’ve thought of every detail to make it a great evening. Park in the huge indoor lot, or valet, enter the building and have drinks in a beautiful lounge. You will have reserved at Marti’s New River Café for dinner, where the bonus is a gorgeous view of the boats on the New River. First, we eat with our eyes, and glancing at the menu, we all want to try everything. Beginning with a vast Mediterranean sampler, we go on to barbecued salmon, lamb tagine, prime rib and end with a dessert sampler. Dinner over, we are at the theatre in minutes. After the show, refreshment venues abound, before we retrieve our car and wend our way home. Oh, if it was always this easy.

Lunch at YOLO (you only live once), on vibrant Las Olas Boulevard is set in a gorgeous, indoor/outdoor plaza with a dramatic fire pit, for the inevitable cool evenings. The contemporary menu sings with freshness, using farm to table to great advantage: huge grilled artichokes with lemon aioli dipping sauce; char-blistered shishito peppers tap dance with exotic flavours that include truffle, yuzu, bonito flakes and more. Sangria-marinated compressed-watermelon salad with feta, mint, tomato basil and almonds is watermelon gone to heaven. And if you’re really thirsty, try the three-Martini flight. Before I have some beach time, I visit the MAC Art Gallery to get a sense of contemporary works of local artists, including work by Cuban artists and fascinating sculptures.

As the sky turns pale pink, I am at a terrace table at The Boathouse at the Riverside Hotel. As the boats glide along the New River to their docks, through the reflections of condo lights shimmering in the water, I am overwhelmed by the calm and languid ambience around me. The chef suggests dishes of her heritage, Lebanese, Jamaican and American: kibbe, crab cake, hummus, duck fat confit baby potatoes with a hint of scotch bonnet and garlic aoli. Are the people around me enjoying their dinner as much as I am? Looks like that’s a resounding yes. 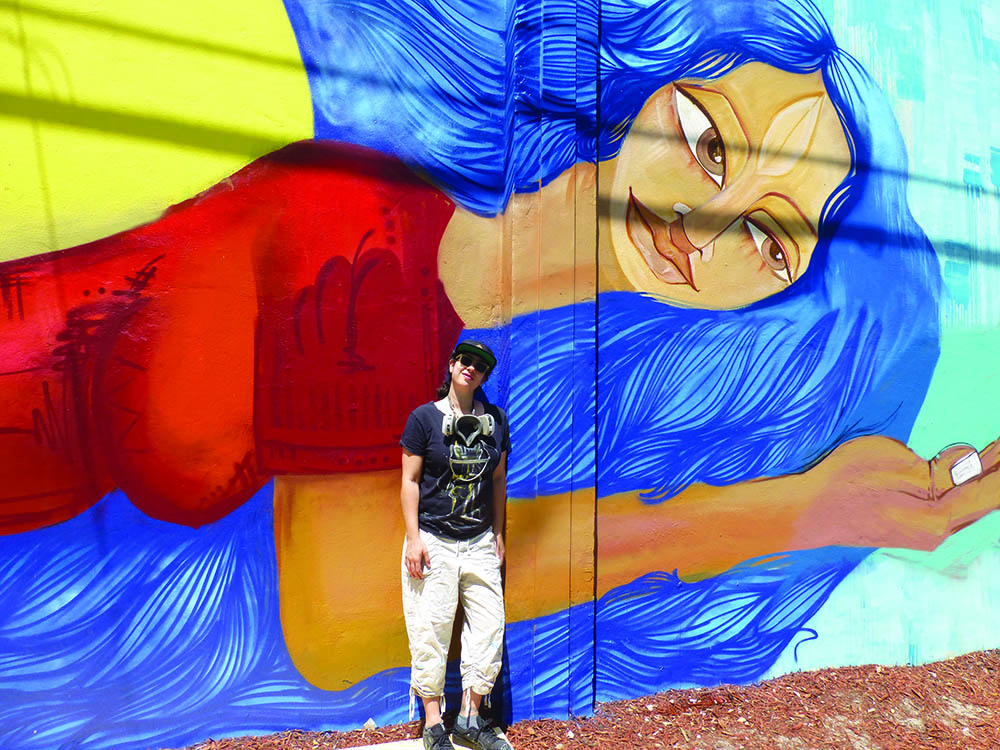 Fort Lauderdale is a diverse community, and they tell me there are 80 languages spoken in households. With a zeal that comes from a caring community and politicians with a creative bent, the Downtown Hollywood Mural Project is in full swing. Talented muralists are painting the town in eye-popping colour and a stroll through the area is fun.

GG’s Waterfront Bar and Grill has a dramatic vibe that may come from the luxurious dining room, the terrace that sits out over the water-way where multi-million dollar yachts drift by, or from its Canadian angle. In the ’60s, it was a mob hangout called Joe Sonkin’s. Later, Gus Boulis, who franchised Mr. Sub in Canada, sold his holdings, became a multimillionaire at 25, and moved to Florida, and purchased it. Alas, his risky cruise ship gambling casinos ended in his murder. In 2010, this story became part of a movie, Casino Jack, starring Kevin Spacey. (The cast also includes Adam Waxman.) Today, GGs is owned by two Canadians who met decades ago—when she was a waitress and he was a bartender at East Side Mario’s in Sudbury.

While I can’t eat scenery and history, I can’t stop eating every morsel of what’s placed before me, from the homemade rolls, huge stone crab claws, to the Bananas Foster warm bread pudding with a pour of melted Valrhona chocolate for dessert, each dish is elegant and wickedly delicious. 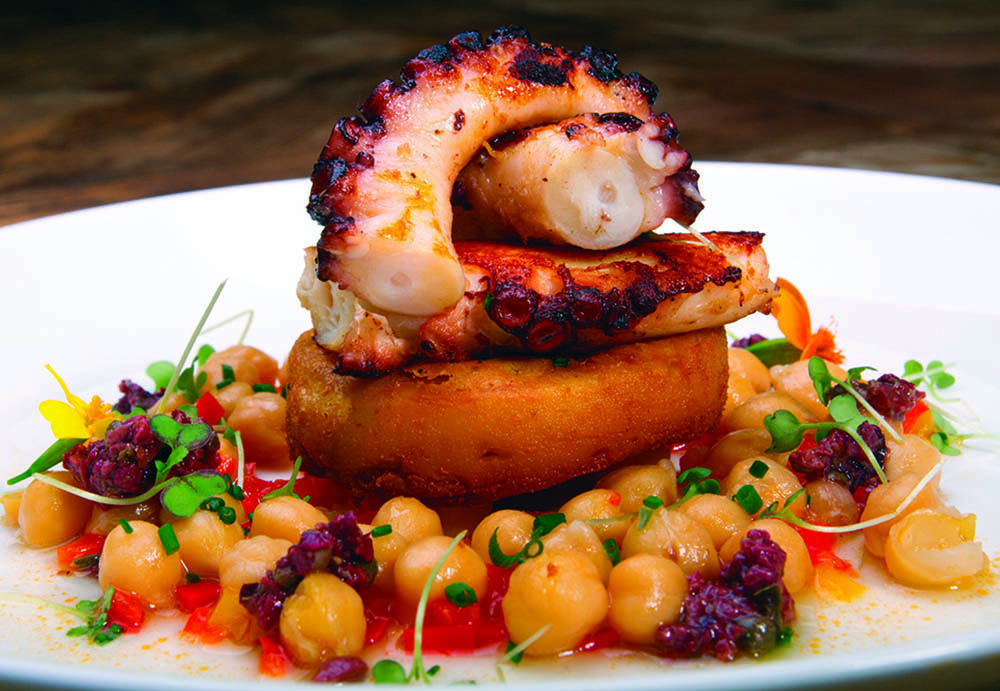 After a few hours at Sawgrass Mills, a village of malls with 350+ retail outlets and growing, which now includes a smart hotel for shopaholics with good walking shoes, I am exhausted. Fortunately, there is a pot of gold at the end of this rainbow for me. I am booked with the amazing Phu Ngoyen for the Intuitive Ocean Treatment massage. All 110 minutes of immeasurable bliss at the Ritz Carlton Hotel Spa make all my massages of the past decade pale in comparison.

No surprise that Valentino Cucina Italia is said to be the city’s best. The bar at the open kitchen is the prime seat in the house. Chef Giovanni, a New York transplant, displays his easy-going charm as he cooks, schmoozes with diners and creates modern Italian food-art with his team. I’ve savoured every bite of Burrata on black garlic, arugula, white anchovies and salsa verde, Hudson Valley seared foie gras the size of a small filet mignon with crumble and marinated strawberries and lovely morsels of black grouper cheeks before I’m whisked away across the foyer to its sister restaurant. One Door East is a global tapas restaurant concept featuring sushi, Asian, Spanish and an array of delectables.

I’m fascinated by the bartender whose side hustle must be as a professional juggler. I order cocktails just to see his act. Behind him at the bar is a huge television screen and, yes, it’s the Leafs vs Boston. Leafs win!!! Chef Oliver Lustaro has worked around the world and brings the coolest dishes imaginable to the table. Steak comes on a sheet of cedar, lavished with truffle ponzu sauce, dessert is a shredded phyllo-dough bird’s nest that holds a sticky blueberry bun, plump with berries and cinnamon, capped with corn ice cream. Nature brought indoors. Live jazz begins at 10 pm and the fashion forward, beautiful people arrive. 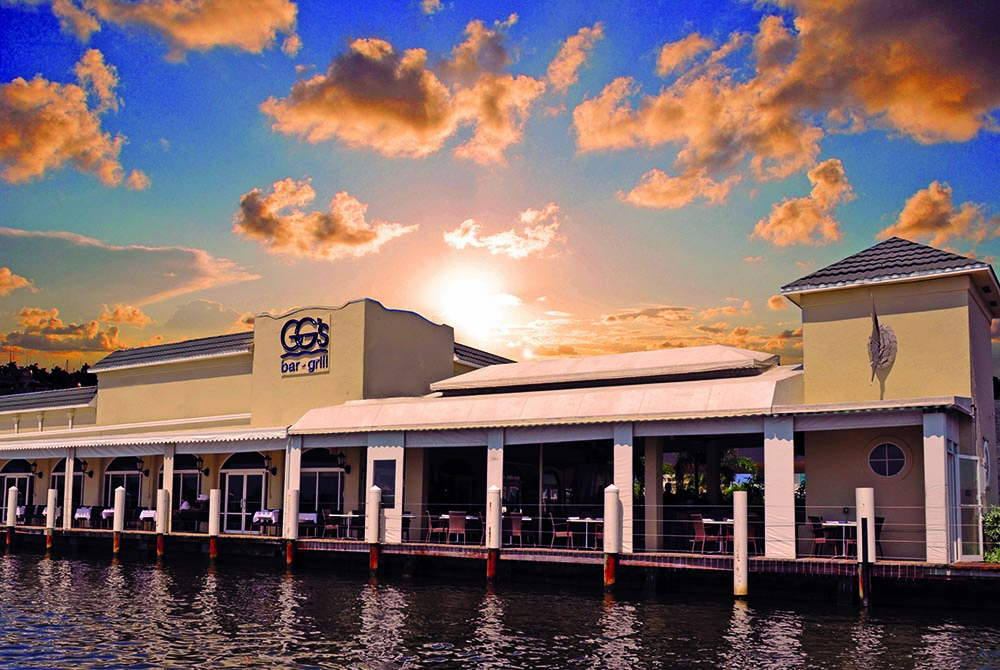 This friendly and safe city seems to be one huge resort that exists only to please us. About 200,000 people live here and work in the mainstay industries, yachting and tourism. Now, Fort Lauderdale is on the cusp of being “discovered.” When an ocean-side city this size is still affordable, has an explosion of excellent restaurants and world-class hotels, enough theatres, galleries, concerts and public art to satisfy the most culture-hungry, it tells me that Fort Lauderdale is the next “best place.”