Stephen Nelson is a hospitality professional with over 10 years…

Wine and poetry are perhaps two of the most romantic topics one could write about. Just a few minutes spent on NYT Best-Seller, Atticus’ Instagram page it becomes pretty clear that The Masked Poet has quite a passion for the fermented beverage. I recently had the chance to sit down with this mysterious poet and talk about the new collaboration with Winc called Lost Poet, a poetic wine inspired by writing and winemaking. and made in collaboration with Atticus. This plus and succulent sipper, which carries notes of earth, nutmeg, red cherry, violet are sure to quench any red wine drinkers thirst for something new. There are four different labels being released at the same time as Atticus’ new book launch, The Truth About Magic.

Stephen Nelson: How did the collaboration between you and Winc come about?

Atticus: I write often about wine and the world surrounding wine. Being in small European towns, going to dinner and staying out late with friends, this is the kind of world I love to write about. I find it very romantic. I actually met the founder [of Winc] through a friend. We started talking and he asked if I had ever considered collaborating on a wine. Through Winc we connected with Ryan Zotovich, who is an incredible winemaker based in Santa Barbara. 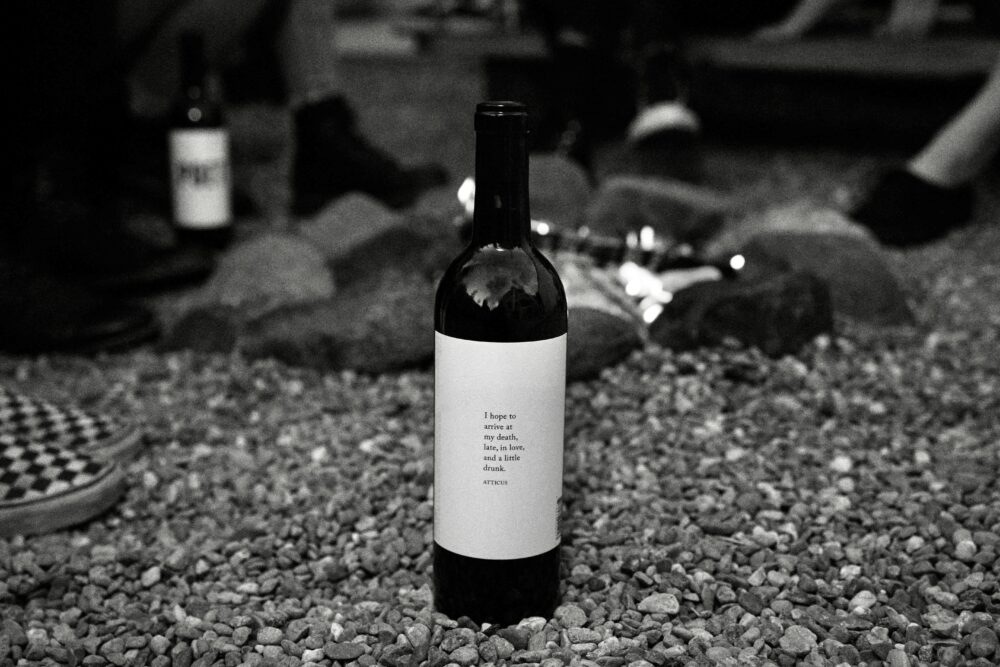 Nelson: How do you find working with Ryan?

Atticus: Working with Ryan was a privilege. He’s someone who has experienced so much in wine and has worked with the best of the best. I, as the grapes do, absorbed as much as I could. I love to see artists create, and he is like a poet with wine. The care he puts into it–he is so passionate about it. What I loved about it was that he put the same into this wine as he puts into, say, building a rock wall or a barn on his property. His hands are dirty. He is a creator.

Nelson: Would you ever consider becoming more involved in the wine industry?

Atticus: I took my introductory sommelier course, and I’d like to keep doing that. That basically opened my eyes to how little I do know about wine, and I think I’d like to keep furthering down that path. It also made me have huge respect for Brian Smith (sommelier). I have to dream to put out a really nice rose or a couple of nice whites, perhaps. We’ve come up with something really special with Lost Poet, and I would love to keep going. 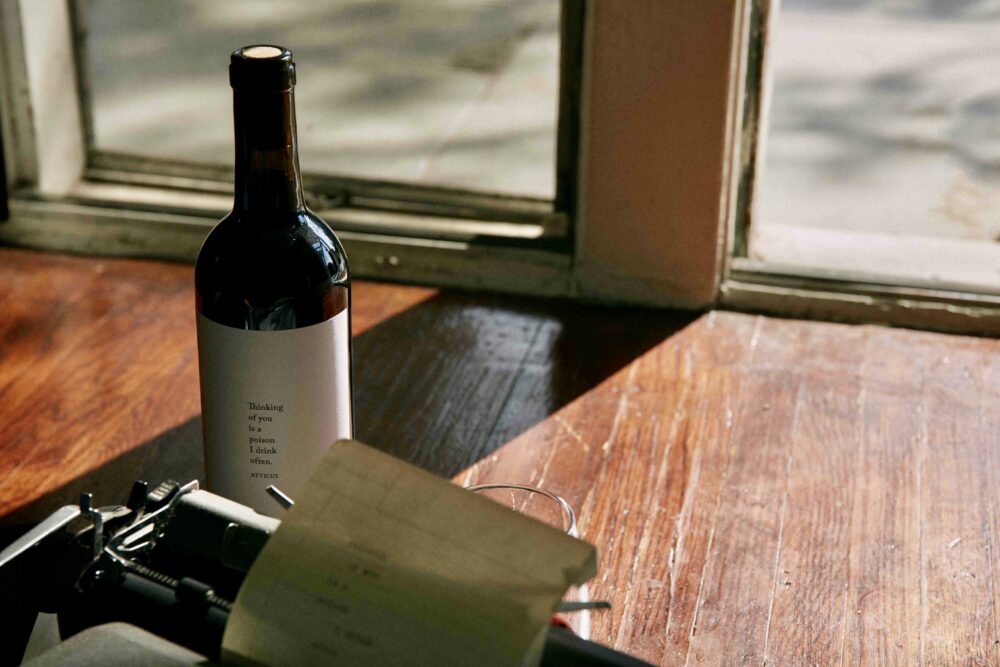 Nelson: What’s the perfect moment for someone to enjoy your wines?

Atticus: I love the idea of grabbing a full bottle and skinny dipping under the moon. Staying up all night around a wooden table laughing with friends. This is the perfect wine to bring sailing and look at the stars. It’s friends, it’s adventure, and it’s staying up all night. It’s the poetry of our lives.

Stephen Nelson is a hospitality professional with over 10 years of experience. He is an expert in wine and bar - he has obtained his WSET 2 Award, introductory to the Court of Sommeliers, and is Cicerone certified educator. As a musician and foodie, Stephen is an all around creative person and has experienced food and culture from destinations all over the world.