On a previous return from Japan, a customs dog caught me red-handed and knelt by my feet, because I had plucked the forbidden fruit and packed it in my suitcase.

Over half of Japan’s apples are produced in Hirosaki, Aomori Prefecture, and they are the most sweet and delicious in the world. More than 80 varieties of apples are found in entrées, desserts, soy sauce, wine, brandy, honey and other edibles across Aomori. One of these polished beauties can sell in Tokyo for around $10. So tropically sweet, you would swear it was infused with sugar. It’s not. I’m told the secret to their ambrosia is in the delicate pruning techniques. In Hirosaki, unique apple pies with intricate latticework and flaky crusts reflect the creativity of each pâtissière. I must taste all 46 of them. With apple pie map in hand, I follow my nose. 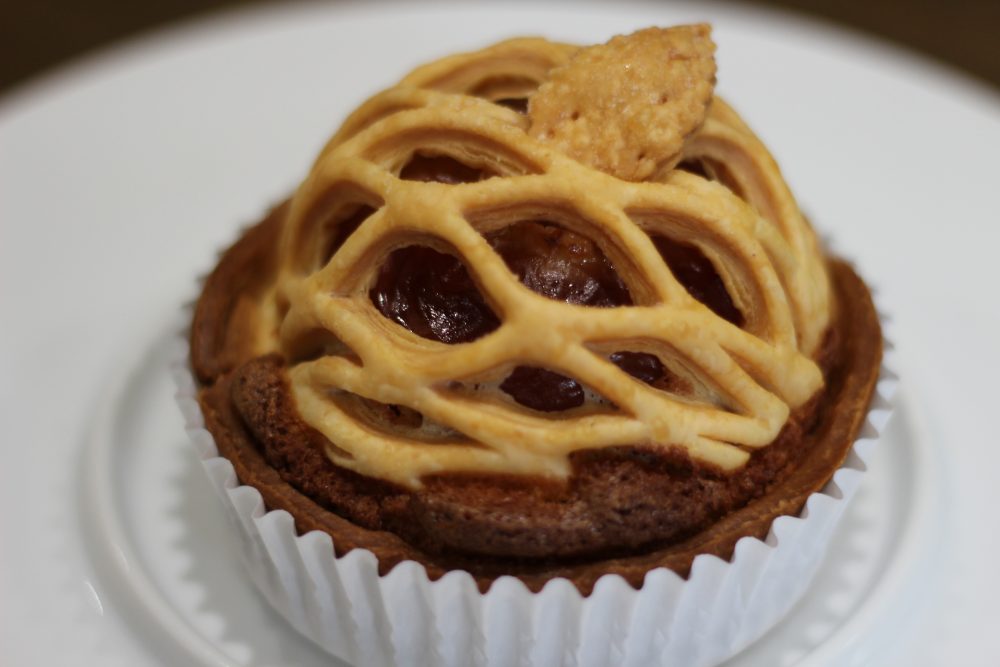 The sun streams through the trees and the windows as we sip apple-infused green tea from the Apple Kitchen in the log cabin-styled Hoshino Resorts Oirase Keiryu Hotel. We savour apple French toast with a selection of red, green and cinnamon apple jams, before setting out for a morning of forest bathing.

Almost 70 percent of Japan is forest, and throughout, there are popular “Power Spots” where health and well-being enthusiasts immerse themselves in the phytoncide emissions of the woods for rejuvenation. There is a quantifiable physiological effect from doing this. I feel like one of the old men in Cocoon, kicking the can and getting younger. 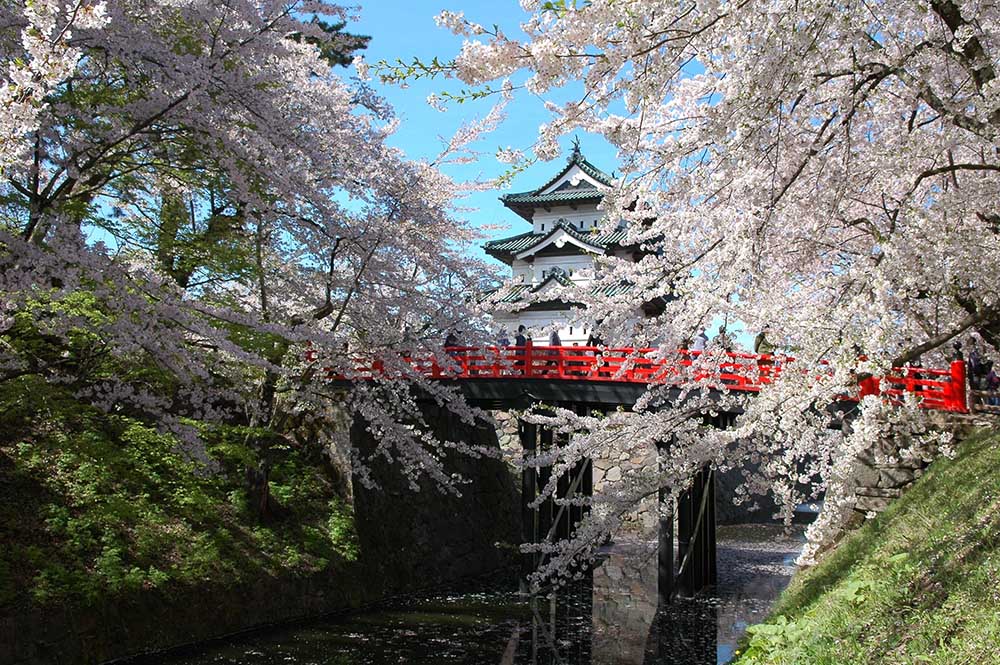 Deep within the lush, unspoiled Shirakami mountain range, my guide, an elderly man with an eighth degree black belt and a smile as gentle as the breeze, assures me that the woods do have energy to give, but one must be open to receiving it, and give respect back to it. Along our hike toward the spectacular Anmon Waterfalls (UNESCO World Heritage Site), spilling out of an ancient forest of beech trees, we forage for leaves to eat. Pristine water flows through a bamboo shoot above a well. It’s been filtering through thick ground cover for 10 years. My guide folds up a giant fuki leaf like origami into the shape of a ladle, and ties its stem around the bunched-up base for a handle so we can scoop up water. I feel totally invigorated and renewed. 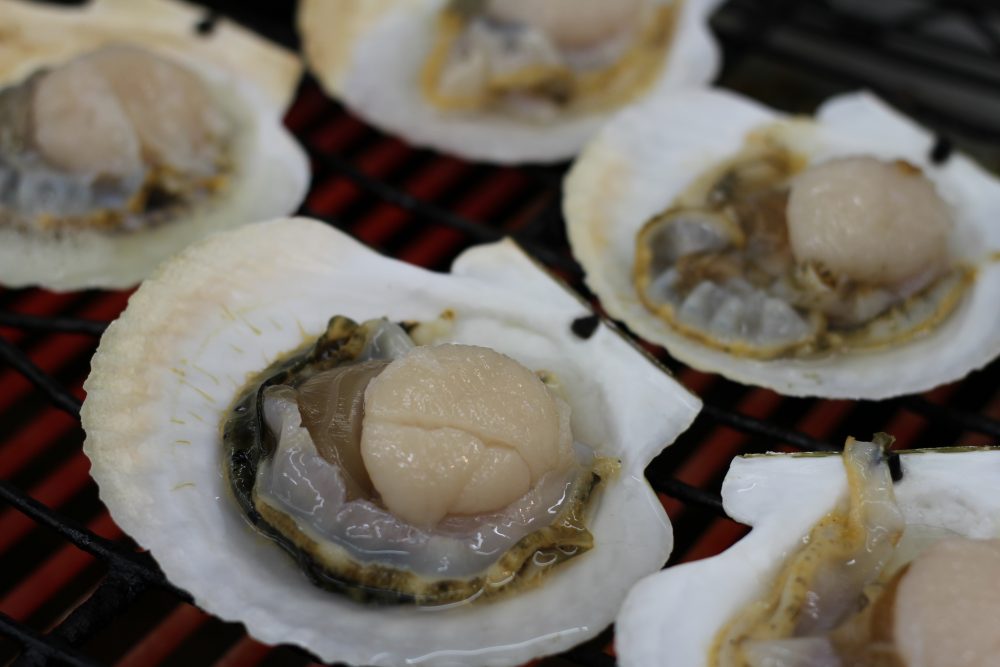 At Aiiya Restaurant we dine on local kaiyaki of giant grilled scallops, egg, green onion and miso served on the half shell, and listen to a live shamisen guitar group. The shamisen guitar, with its three silk strings, sounds like an ancient Japanese folk version of a banjo. It originated in Aomori. Those who want to learn to play, and be noticed in this music scene, come here. Hirosaki is a musical hub attracting musicians, singers and dancers from across Japan. Nakamura Yuta, recent amateur grade champion, tunes while he plays with the speed and dexterity of a prodigy. Seated next to me at the bar is Osanaii Tadakatsu, three-time champion singer of Japanese folk music. The crowded room urges him to sing. His voice resonates in harmony with the sweet timbre of the shamisen. 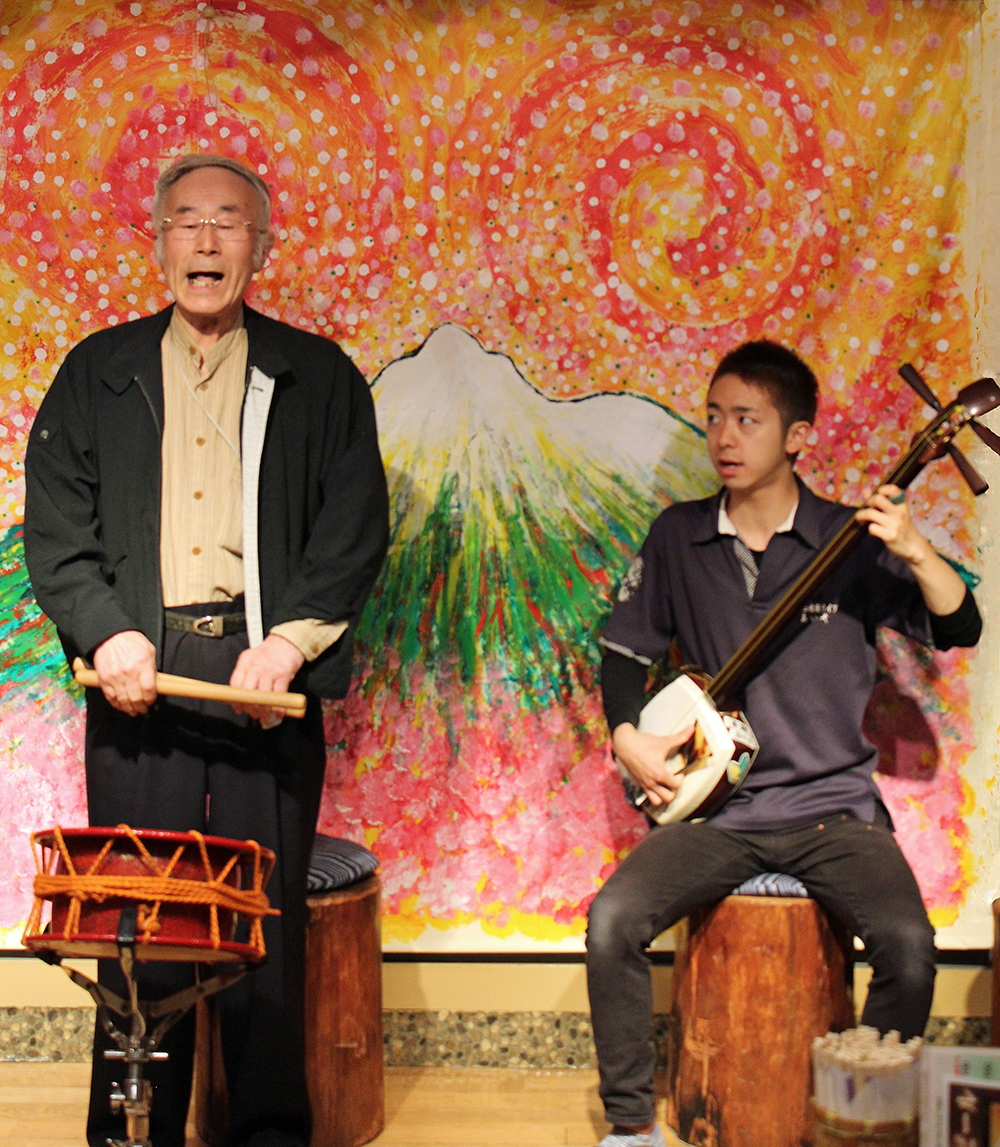 Now, about them apples… Ringo Kingdom has 1,200 trees with 65 varieties of apples ripe for the picking. Here we sample a variety of local apples and ciders. During Spring Festival chefs bake a three-metre-wide apple pie—to share. Nearby Tsugaru Minamida Onsen’s outdoor hot spring looks like an invitation to bob for apples, but is said to smooth the skin while you soak. There is also the cascading bath, and the bamboo charcoal bath. Cherry blossoms bloom in spring. Nowhere is cherry blossom viewing more enchanting than at Hirosaki Castle Park Cherry Blossom Festival. Home to more than 2,600 cherry blossom trees of 50 varieties, Hirosaki Castle is one of the oldest and most beautiful in Japan. Some explore its beauty dressed up in Japanese feudal lord and princess costumes.

While atop the picturesque Mt. Hakkoda, renowned as a skier’s paradise of powder, I bite into a juicy apple and survey the endless lush green of northern Japan in all its awesome beauty. This time, there’s no attempt to smuggle the forbidden fruit home.