Following the steps of Napoleon Bonaparte in Parma

“Washington has the worst of both worlds: Northern charm and Southern efficiency,” said JFK.

I have an appointment for an interview with a high-up FBI source. But, what does the FBI really think of us. Alas! They won’t let me in the building, since I am a foreign national (with my passport in the hotel safe.) Over lunch, my FBI source asks me what we really think of the Bureau. I respond, “We only know what we see in the movies.” “We’re really nice guys”, he tells me. The FBI is a branch of the Department of Justice, and works closely with the RCMP and the office of the US Legal Attache in Ottawa. “We respect the sovereignty of other countries and work with them,” he says. He writes his private phone number on a card with the traditional fountain pen and blue ink, echoing the style of his mentor, J.Edgar Hoover. J.Edgar insisted on a certain style and color of clothing, as well as fountain pens.

“We’re not an intelligence organization, he explains, “We’re counter-intelligence, working against foreign spies and crime within our country.” Well, now that I feel secure know the FBI is on our side, I can enjoy meandering around the city, indulging my curiosity. At some point, everyone of substance passes through this company town, and hotels cater to their every whim. The Willard Intercontinental Hotel is a microcosm of the nations history, and has been a major force in its social and political life for 150 years. In fact, the term lobbyist was coined by Pres. Ulysses S. Grant after the political shmoozers who congregated in this lobby. There are more than 35,000 lobbyists in Washington, with cellphones and blackberries as lifelines, and starting salaries of around $300,000. 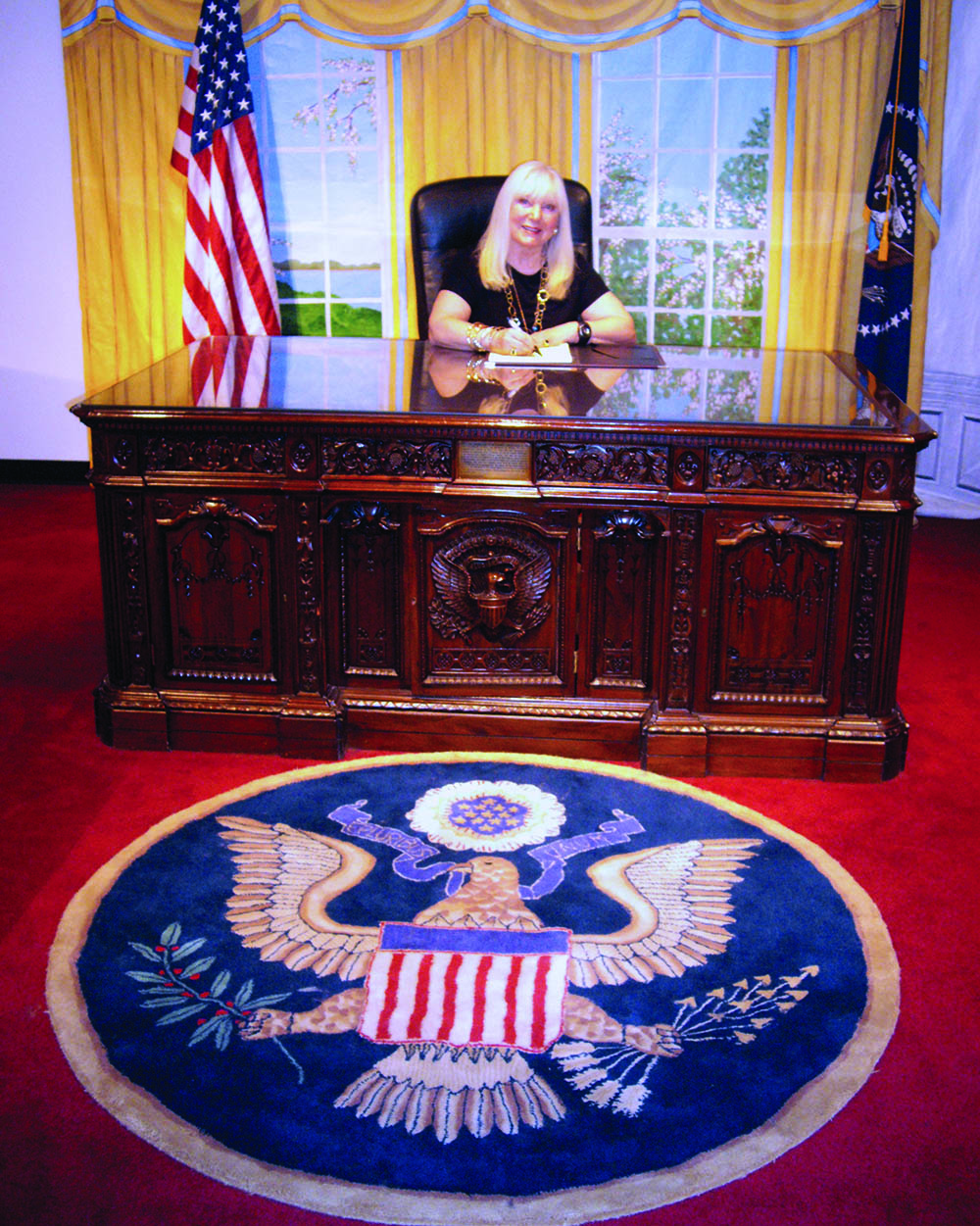 At lunch in the Willard Room, where of necessity, the dining room director speaks six languages, it becomes clear that all the stereotypes are true and the “power-town uniform” really is a dark suit, white shirt and dark striped tie. “My first surprise,” says my friend, a Canadian Bureau Chief in Washington, “was the small, rather grubby, press briefing room in the West Wing. It had been the presidential swimming pool until Nixon closed it over.” A far cry from the glam television version.

Hotels are the social hubs in this city. Each hotel entices guests with a unique experience. Canadian owned Four Seasons offers a lavish, must-do afternoon tea and on a Sunday afternoon usually serves 500 guests. The Fairmont, designed as a unique urban oasis, welcomes us back every evening with live piano entertainment in its luxurious lobby. The Jefferson is filled with extraordinary antiques and is so steeped in history, we almost expect to see the icons of yore at breakfast. And there is the recently opened Trump Hotel, a must-see for foreign visitors. The country’s brightest twenty-somethings flock here to fill positions as interns, assistants and aides, and while Washington has never been a renowned “eating city”, they pack the restaurants. New York restaurateur Charlie Palmer has revitalized regional cuisine and created menus that are hardcore USA. His restaurant, Charlie Palmer Steak, is where you’ll find Hillary Clinton and other New Yorkers. It’s all politics. At the opening ceremony of the magnificent Arthur Erickson designed-Canadian Embassy in May, 1989 by PM Brian Mulroney, Senator Ted Kennedy stood next to me on the stone steps. He pointed out that the Canadian flag flapping in the breeze had holes in it. “It’s as American as apple pie,” I said, “there must be holes in a pie crust (and a flag) to allow the hot air to blow through and avoid a small explosion.” That’s Washington: in politics, diplomacy and apple pie, there must always be some holes for the hot air to blow through.

Following the steps of Napoleon Bonaparte in Parma