How to Use Honey During Brunch

♫ The newspapers said
Say what’re you doing in bed
I said we’re only trying to get us some peace. ♫

There was a rumour goin’ round that John Lennon and Yoko Ono were seen at the Toronto airport and staying somewhere downtown. News spread fast. Within hours, thousands of fans descended upon the Omni King Edward Hotel. Streets had to be cordoned off. Police had to secure the premises. And all without a single tweet.

One of those fans was Jerry Levitan, an intrepid fourteen-year old student with chutzpah. He knew the only hotel in Canada where The Beatles had ever stayed was the King Eddy. They’d been there three times. This is where John and Yoko would be too.

It was May 26, 1969. Levitan decided to skip school and take a chance to meet a Beatle. After all, ♫There’s nowhere you can be that isn’t where you’re meant to be. It’s easy.♫ Step One: stealthily make it into the hotel. Step Two: knock on every door, starting at the top floor, working down. Step Three: upon hearing music playing from one of the rooms, knock on the door; ask for an interview. 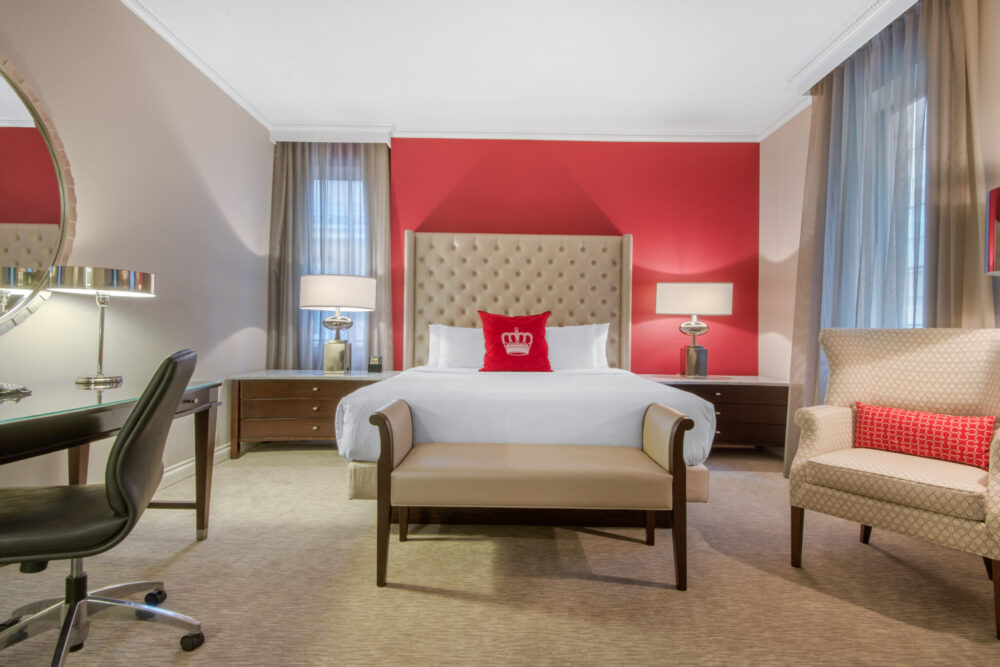 And so he did. He got past the Pearly gates, met Lennon, and impressed him. “He let me hang out and even told me to come back later,” enthuses Levitan. Isn’t that the dream of every fan? Imagine!

Levitan didn’t own a tape recorder, so he called up CHUM radio to enlist their assistance. “I have an exclusive with John Lennon at 6:00pm,” he spoke into the phone. Laughter roared from the other end. “Will you call up Derek Taylor? He’ll confirm it.” Click. Levitan stared at the phone and waited. ♫Thoughts meander like a restless wind inside a letter box. They tumble blindly as they make their way across the universe.♫ But within five minutes the phone rang. It was CHUM. “And suddenly he’s my best friend,” Levitan laughs.

The Royal Suite, 869, had been graced by European aristocrats and scandalized by Elizabeth Taylor and Richard Burton until it served as refuge for The Beatles. This was where, even at the height of their fame, The Fab Four shared one suite. Paul and George in one room; John and Ringo in the other. At $85 per night, it was a bargain.

Levitan returned to the hotel. ♫He come groovin’ up slowly,♫ but this time he was ushered in. When he arrived, Lennon was playing a song on his record player. “Is that a new Beatles song?” Levitan asked. It was the yet-to-be-released The Ballad of John and Yoko. Levitan then began his thirty-minute interview of Lennon and Ono about their Bed-in for Peace that he could take back to his school. That night, and over the course of the week, CHUM played bits of the interview every fifteen minutes. To Levitan’s chagrin, “People didn’t believe it was me!”

It took two weeks of pleading to retrieve his tape from CHUM. While Lennon and Ono continued on to Montreal where they recorded Give Peace A Chance. Levitan and The Beatles Suite at the Omni King Edward Hotel would be forever linked. Years later, his story, I Met The Walrus, became a best selling book, was nominated for an Oscar for Best Animated Short and won an Emmy.

As we tour the room now with “The Kid Who Interviewed John Lennon”, fifty years on, and share tales about the music and the impact of The Beatles, I look out the window knowing I would have been one of the thousands in the street screaming for them, trying to find a way into this storied hotel.

♫ Though I know I’ll never lose affection
For people and things that went before
I know I’ll often stop and think about them
In my life, I love you more. ♫

The Revolutionary Elbphilharmonie in Hamburg

How to Use Honey During Brunch