Fish and Chef is a splendid annual food and wine extravaganza that takes place in the lovely area that surrounds Lake Garda. To Malcesine, Garda, Cavaion Veronese, Bardolino andcPeschiera del Garda come Italy’s finest Michelin-starred chefs to rediscover the cuisine of the region, interpret it in their own style and offer it to an international guest list.

An impressive roster of Italy’s star chefs: Luigi Taglienti, Mauro Uliassi, Felice Lo Basso, Alberto Tonizzo, Anthony Genovese, Leandro Luppi, Guiseppe D’Aquino, Stafano Baiocco, Gionata Bignotti, Paulo Cappuccio and Andrea Constantino know how to deal with the delicate ingredients of the region. Simplicity is luxury: Trout from Lake Garda, herbs from Mount Baldo, D.O.P. cheeses from Mont Veronese, and beef from the noble Geronnaise cattle. Garda D.O.P. Extra Virgin Olive oil bathes the ingredients with its elegant flavour. The objective of the event is to spread the culture of the cuisine and make it accessible to the public, offering fine ingredients at an affordable price, and on the other hand, to re-introduce the products of the region to chefs who might like to use them in their own restaurants. 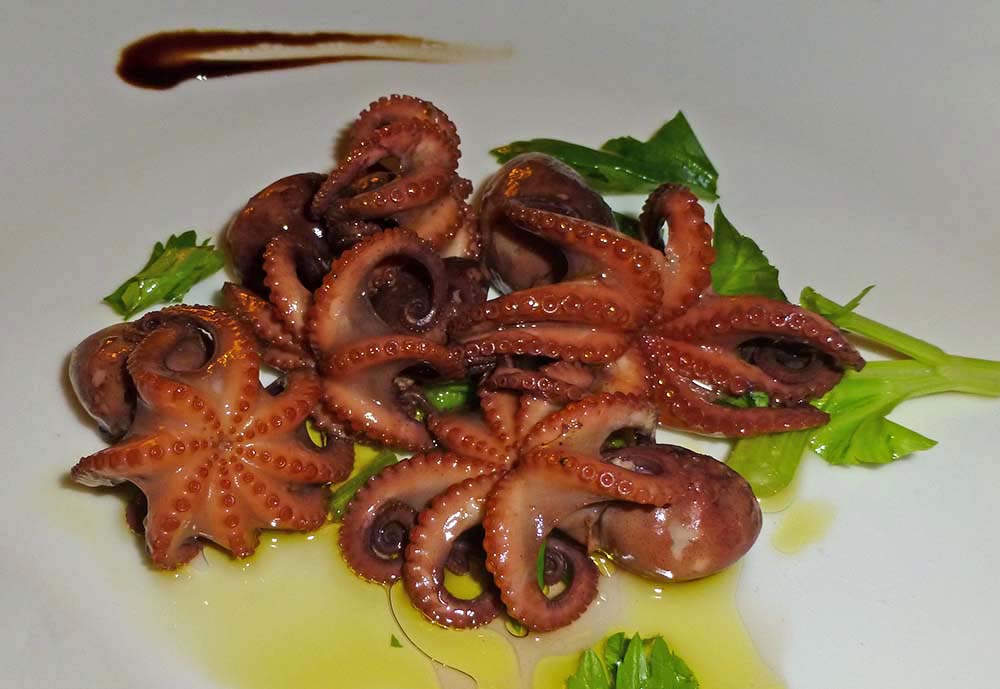 A boat ride on the lake is a most scenic way to appreciate the charms of the area. As we glide along the waterway, we pass the ancient castles, the ruins, the classic villas, all surrounded by giant cypress trees, guarding the city like soldiers. I have a choice on a sunny day. Shall it be the cable cars to Mount Baldo, or a stroll on the boardwalk, and shopping at the local boutiques? The latter proved to be a delightful excursion.

There are more Michelin star chefs here than in all of North America. To host a series of gourmet dinners is a brilliant idea whose time has come. Dining in the splendour of Villa Cordevigio is rather thrilling. This ancient castle has been restored and its living history of art and sculpture deserve more time than we have. This means a return visit is in the cards.

All the chefs have had the same basic ingredients to work with and, to their credit, each has created a unique five course menu. Clearly, the mandate is fulfilled.

There is something calming about living in a small seaside village with little or no industry and an easy-going lifestyle that requires at the most, an appreciation of simple, delicious food, and a pair of good walking shoes.