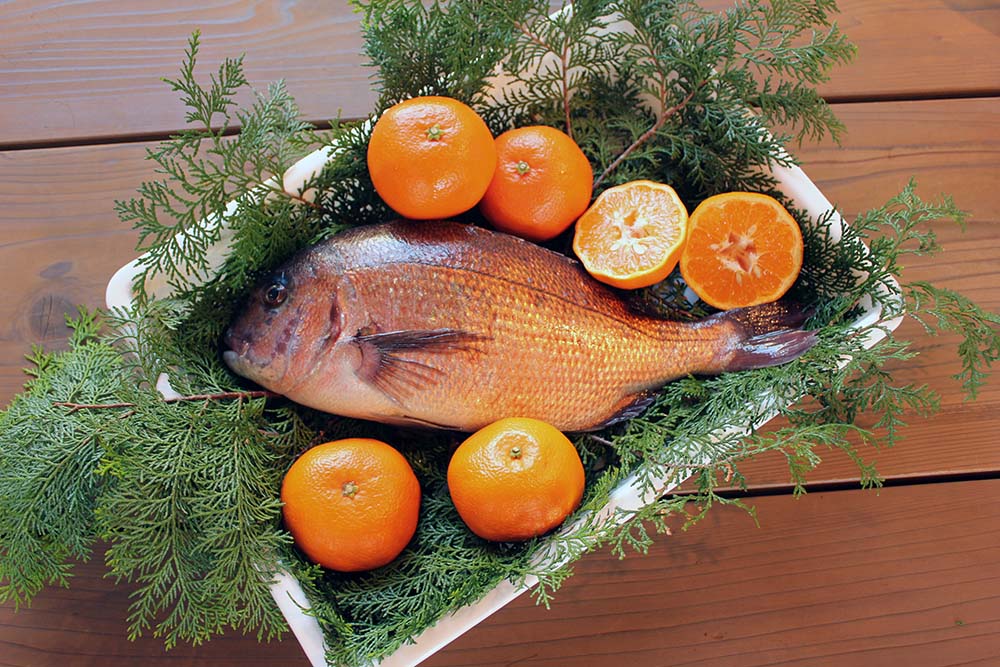 The sunset over Ehime is as orange as the profusion of mandarin oranges that grow there. Sunlight, direct and reflected off the sea, showers 18 different kinds of sweet and juicy fruit. As the specialty of the prefecture, the average local eats 10 oranges a day. So, too, do the cows, the pigs, the chickens and the fish. But, orange you glad they also love chocolate!

It’s typical for each prefecture to distinguish their wagyu by their feed. In Nagano the cows are fed apples, in Aichi they’re fed sugar cane, and in Ehime they are fed a healthy diet of mandarin oranges. For the past five years, the fish have been fed orange peels and orange oil, eliciting a subtle mikan flavour and silky texture. Now, there’s something new on the horizon: chocolate, which has yielded surprising results.

Antioxidants slow oxidization and delay deterioration. Similar to the effects of the mikan orange peels, chocolate contains antioxidants within the polyphenols that maintain freshness in the fish. That means that every sushi chef racing against time just got a gift: a shelf life extension of the fish by an extra day. The chocolate shavings mixed in with the fish food enable the fish to maintain their freshness longer, so that sushi counters have that added time of freshness before expiration. This yellowtail does not taste of chocolate, but its novelty is trending quickly, making choco-buri the “it” fish of Japan. 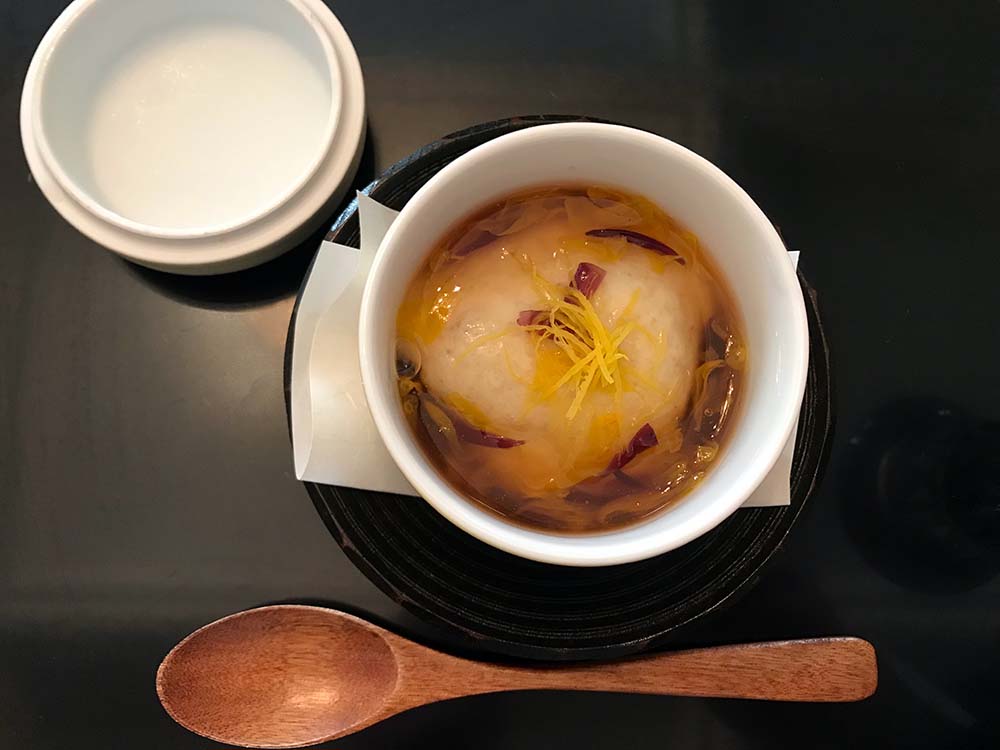 A Showcase of Ehime Cuisine 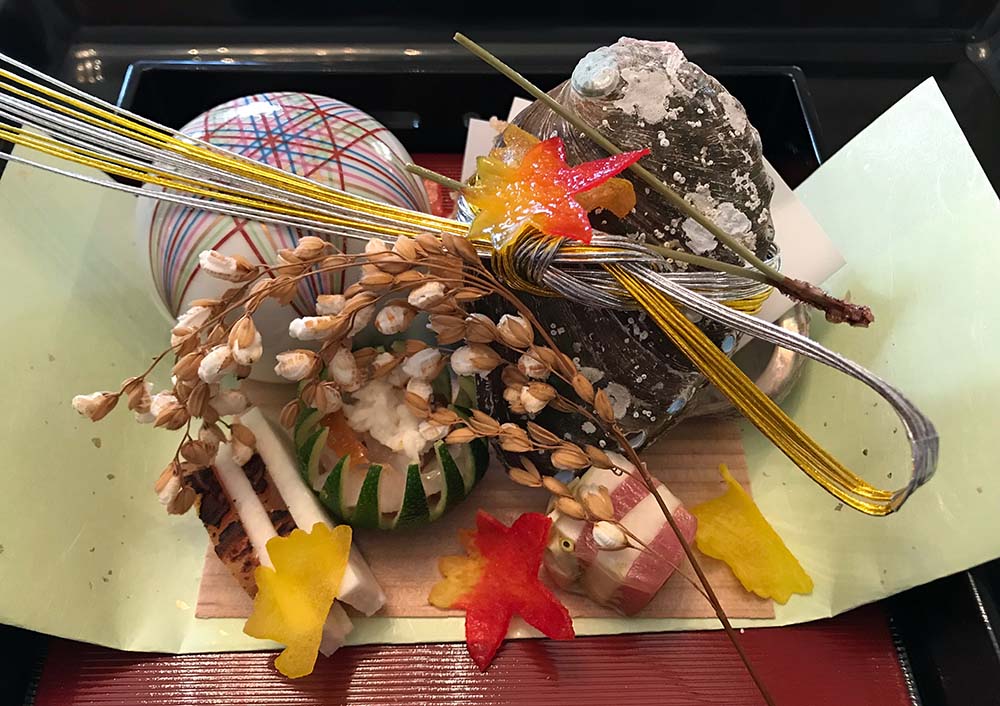 A hot pot of longtooth grouper, misuna, a thin sheet of bean curd, himeou shiitake mushroom, a medley of fresh ingredients splashed in julienne orange zest and soy burst with the freshness of the mountainous region of Ehime.

In case there was any doubt about the versatility of the jewel of Ehime’s fruit, our dessert of minted orange jelly was a refreshing citric blast. 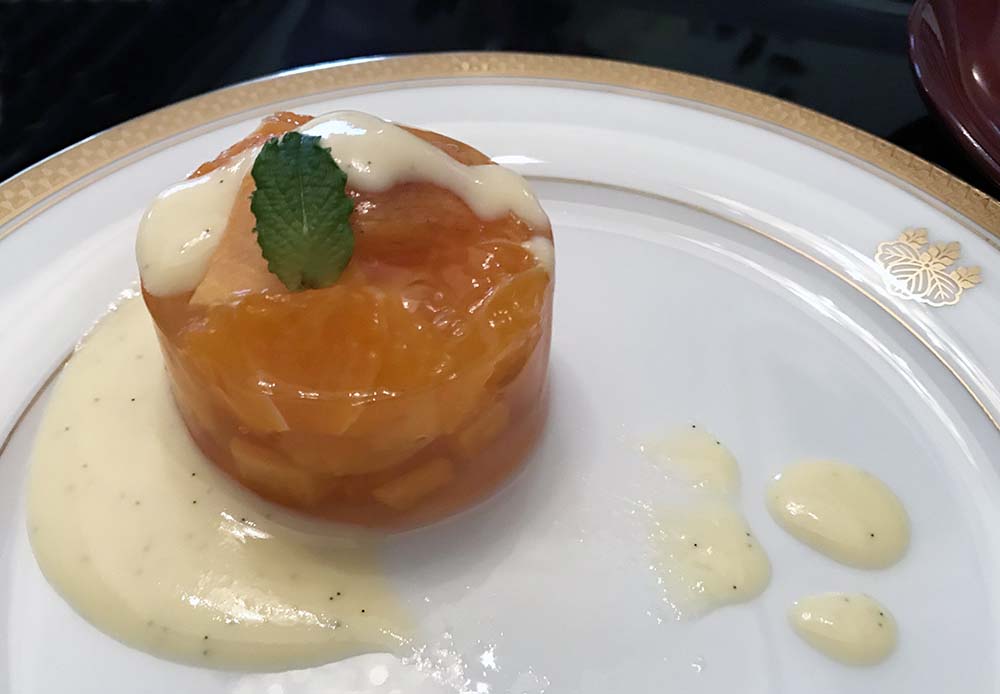 A Vibrant Range of Sake

Known across Japan for its spectacular hiking along the 88 Temple Pilgrimage route, as well as Japan’s oldest hot spring, Dōgo Onsen, Ehime also boasts a vibrant range of sake with wonderfully bright floral aromas and citric notes unlike any other region’s sake in Japan. Sake like Ishizuchi Muroka Junmai Funashibori, Junmai Ginjo Green Label and Junmai Ginjo Yamada Nishiki 50 are so refined, so elegant, and now available at the LCBO in special limited release.

Derived from Japanese mythology, Ehime means “lovely princess”. The golden sunshine through the mountains and along the coastal islands, and the sweet fruit it yields, enables a rarefied sojourn in Japan.

Adam Waxman is an award winning travel journalist focusing on food, wine and well being. As well as an actor in film, television and formerly, the Stratford Festival, he is the Associate Publisher and Executive Editor of DINE and Destinations magazine.

The Japan Sea Side