It’s in this spirit that Canada now has a national training centre for our culinary athletes to train in preparation for the Bocuse d’Or, affectionately referred to as the Olympics of food. Not unlike Olympic swimmers practicing in regulation-sized pools, this training centre provides Bocuse d’Or Team Canada contenders with an exact reproduction of the 3×6 meters kitchen in which they’ll be competing in Lyon.

After 33 years of participating in the Bocuse d’Or where more than 63 countries strive to win a chance to compete at the finals, Canada is being recognized for its talented chefs and rich culinary culture as a gastronomic force to be reckoned with. With this national training centre, team Canada will finally have the tools to allow them to compete and win one of the 24 spots to the grand finale in Lyon. 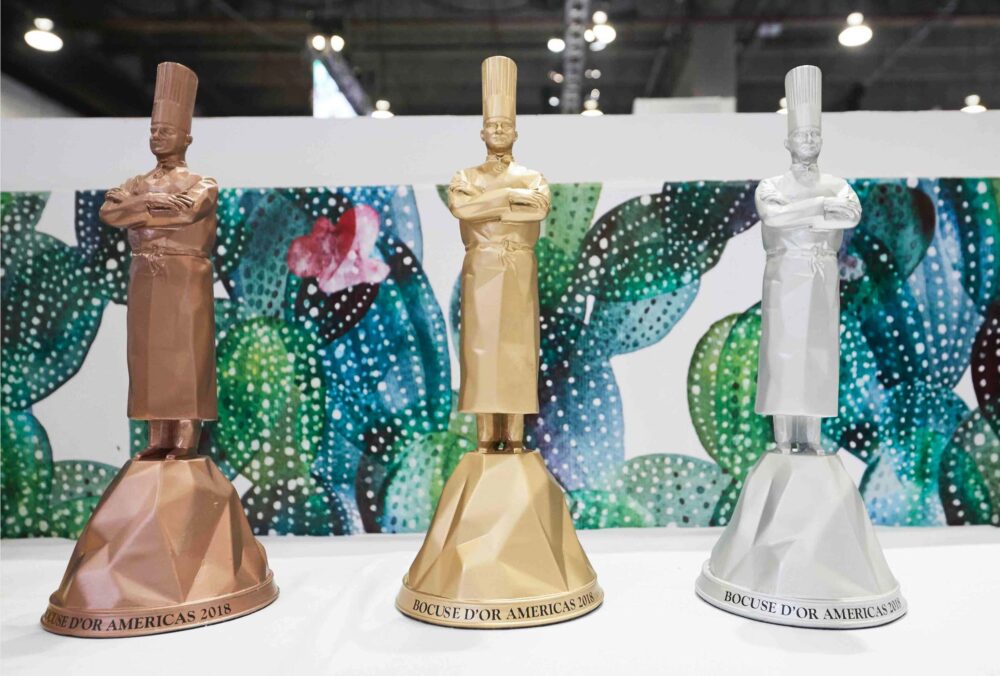 For the first time in Bocuse d’Or Canada history, the Economic Development of Canada has awarded funds in support of Canada’s international culinary team. With this contribution, the Bocuse d’Or national training centre has been built at the Institut de tourisme et d’hôtellerie du Québec (ITHQ) in Montreal.

The Bocuse d’Or is the most prestigious culinary competition in the world. It was founded in 1987 by legendary French chefs, Paul Bocuse and Albert Romain, and only the most exquisite chefs get a coveted “golden ticket” to represent their countries in a battle against 23 other contenders.

Aside from offering contenders the unique chance to showcase techniques and food mastery, it’s an opportunity to shine the spotlight on Canada’s flavour-rich local ingredients by incorporating them into the competing dishes. Previous contender Trevor Ritchie’s hockey puck-shaped chartreuse, which featured indigenous ingredients, paid homage to our great nation’s diverse culture. 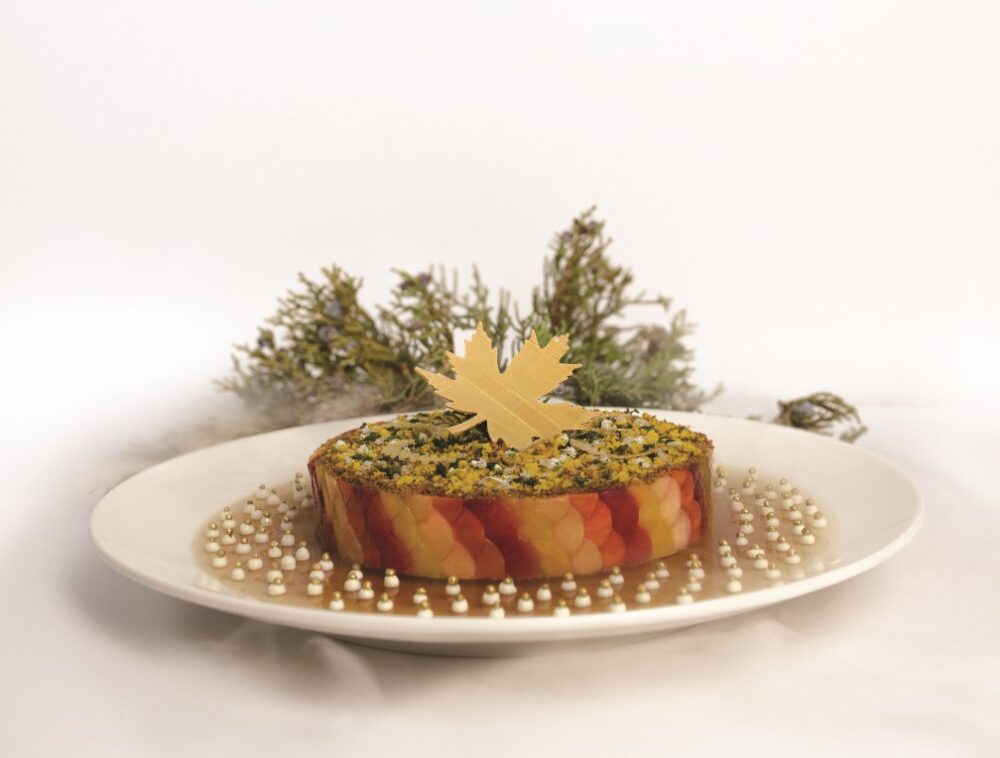 Canada’s present contender Samuel Sirois is sure to feel right at home at the national training centre – he was a professor at the ITHQ when he won the national selections last January, and where he imparts his 18 years of experience wowing fine diners and industry experts alike in the restaurant and hotel industry.

Despite his extensive background in gastronomy, Sirois’ certainly got big shoes to fill. Ritchie did Canada proud when he scored silver in 2019 at the continental semi-finals. Sirois will have to place in the top five at this year’s qualifiers taking place in Lima, Peru in September in order to be awarded the opportunity to compete at the grand finale in Lyon, France in 2021. But on this intense journey, Sirois isn’t alone – he’s got a “demon chef” on one shoulder to coach him through his strenuous training journey: Alvin Leung, MasterChef judge and the only Canadian chef with multiple Michelin stars, brings a welcomed celebrity element to the Canadian team. 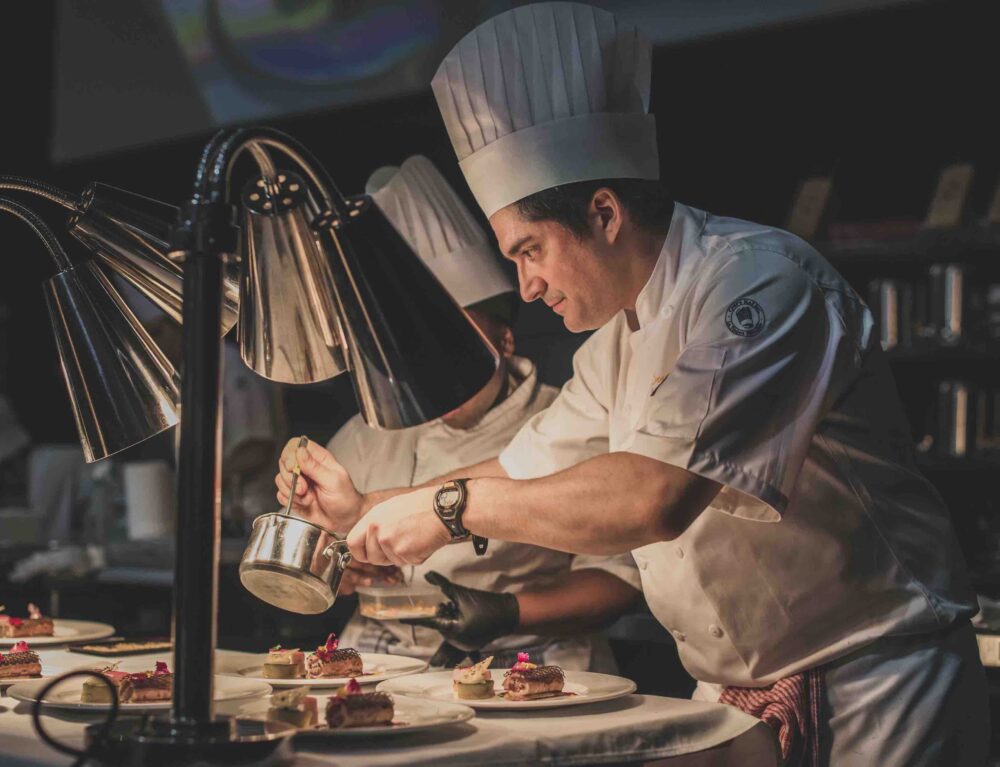 Assisted by his commis and supervised by his coaches, Sirois will have 5.5 hours to prepare one meat platter and one fish plate of 14 portions. Each competitor is judged on taste, presentation, creativity, innovation, composition and service practicality. The kitchen jury awards points for non-wasting and sustainability as well as points for hygiene, methodology, preparation, technique and organization.

Canadians can join Team Canada at the semi-finals in Peru this September and support the team in its various initiatives across Canada as they rely on public support to represent Canada on the world stage. For more information about travel packages to Peru and other ways to support Team Canada, visit bocusedorcanada.ca.