I’m in love with a Galician octopus. Marinated in olive oil and pimentón, it has never been more tender. You never forget your first pintxo.

Along Logroño’s narrow Calle Laurel the “pub crawl” is elevated to delectable heights. Each bar offers its own signature pintxos (tapa held with a toothpick) and selection of local wines. At one stop, a cup of avocado, smoked salmon tartar, mustard and olive oil; across the lane, a crostini of shrimp-stuffed mushrooms; next door, squid drizzled in pesto and, around the corner, seared foie gras and bacon with a maple glaze. I just can’t get enough. We pair with wines like Viura from Cuné Winery, and Marqués de Riscal Tempranillo, bursting with layers of ripe berries and earthy undertones. Social and celebratory, this is the way to eat in La Rioja and Basque Country, Spain: “ir de pintxos.” 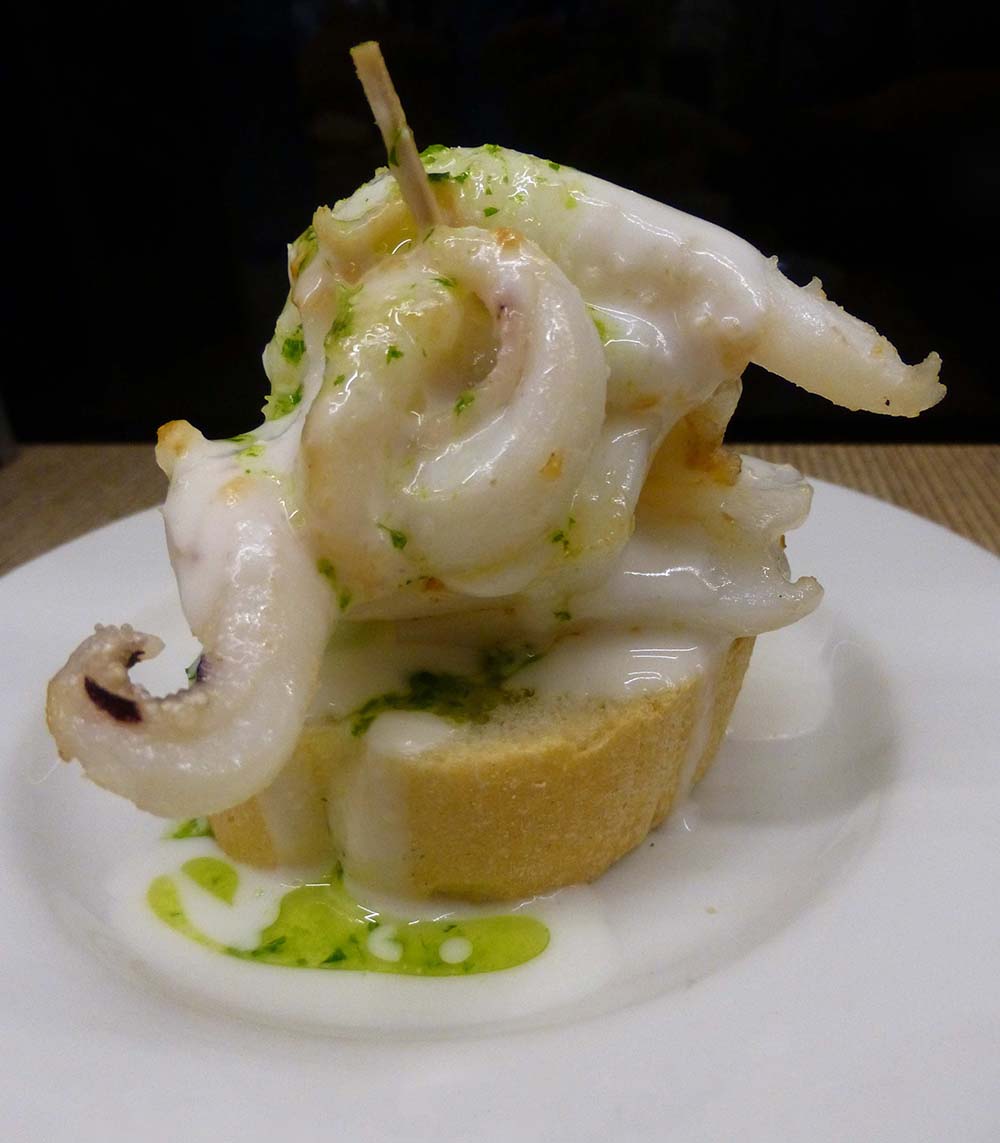 Cuisine here pays homage to the land, developed from the local harvest. Outside Venta Moncalvillo restaurant we smell burning wood. Vegetables from the garden are being roasted for lunch. Seven hundred wines are listed on the menu. We are told the aim is to forget time and order 15 courses. Well, I just happen to have a belly full of time to fill. Rich mushroom soup is served in an eggshell, crisp apple flower is crowned with a dollop of foie, and tomato sponge speckled with olive ash is encircled with black garlic and smoked anchovies. Each dish is a delicate display of nature and nurture. 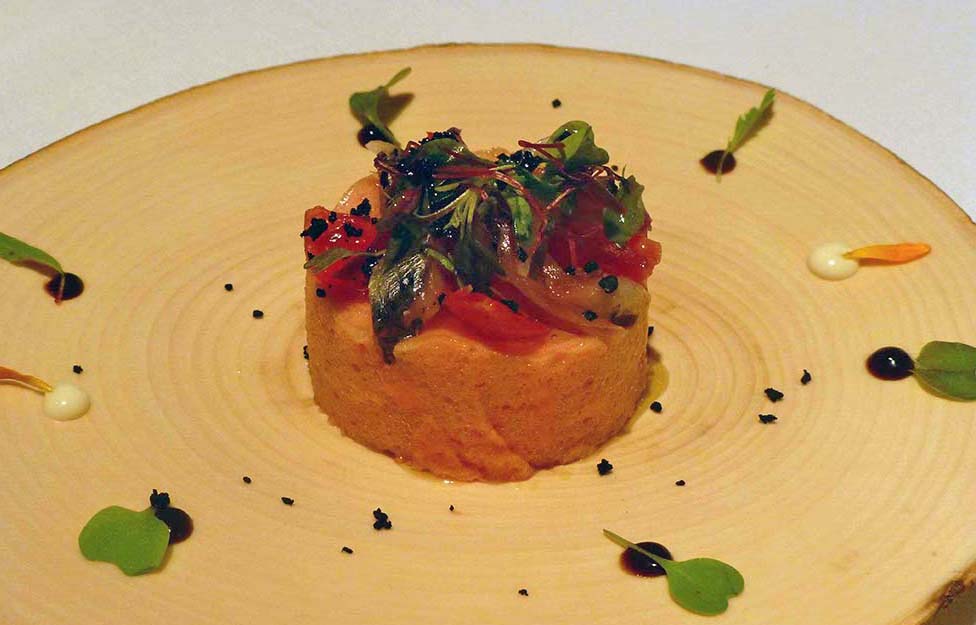 Six hundred wineries dot the Rioja region. Many families make their own wine, and maintain underground cellars. At sunrise, aboard a Globos Arcoiris hot air balloon, we softly ascend to an aerial baptism. With cava in hand, we float 1,200 feet above the Spanish countryside and survey this vast region of medieval monasteries and vineyards.

A waterfall of mould stalactites entombs the wine cemetery of Cuné. Behind a locked gate are bottles from the inaugural 1888 vintage. Want a taste? The key was thrown into the Ebro River so they can never be consumed. The consolation is still a prize: The Gran Reserva is a juicy wave of violet and cassis with a hint of licorice. Aged 24 months in oak, this is quintessential Tempranillo. 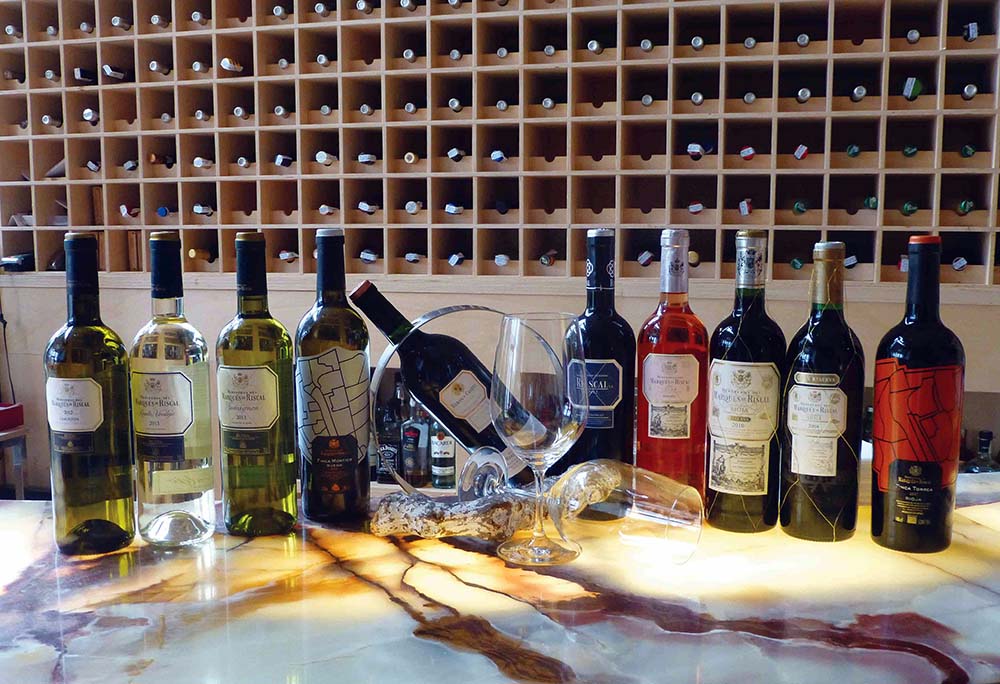 En route to the coast we stop along the Camino Trail pilgrimage route at the Cathedral of Santo Domingo de la Calzada, the only church to house live animals. Since 1350, live chickens have been cooped inside to commemorate the story of “the hen and the cock that sang after being roasted.” After a prayer and a cluck we head to lunch.

There are more Medieval towns in Spain than anywhere else in Europe. In Vitoria, we enter a 15th century inn, El Portalón, and step back in time. Slow cooked rib-eye steaks are tenderly marbled, juicy and robust, and perfectly match a bottle of Izadi Crianza with intense fruit, a touch of smoke and spice. 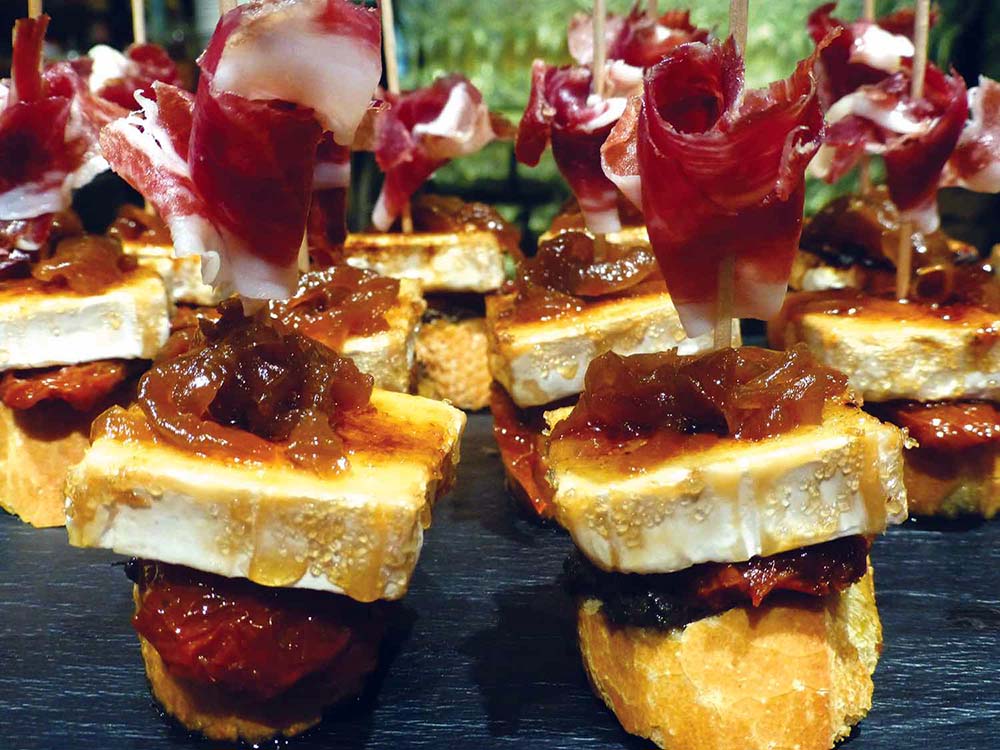 Along San Sebastián’s boardwalk, the sound of seagulls in the ocean breeze is calming. We stroll the Parte Vieja for the highest concentration of bars in the world. Anchovies from nearby fishing village, Getaria, pair with a crisp sparkling Txakoli. Crostini stacked with black olive paste, sundried tomato, caramelized onion, jamón Ibérico and goat cheese with burnt honey is an orchestra of bold flavours that hits every harmonious note.

Spain is a constellation of Michelin stars. Overlooking the river in Bilbao we enjoy the tasting menu at one such star, Mina. Mussels luxuriate in coconut and lemongrass oil, grilled hake is enlivened in a potpourri of herbs and root vegetables and slow cooked pork belly, seared crisp, is as vibrant to the eye as to the palate. It’s the quality of ingredients and the attention to their presentation that make dining here so tantalizing.

The heart of Bilbao is la Plaza Nueva. Children play soccer, elderly men debate politics, couples dance under the stars and, around the perimeter, revelers pack every bar and café to drink and taste the gastronomy of Spain. If you want to experience the best of Europe without the sky-high cost, this is the place to be. 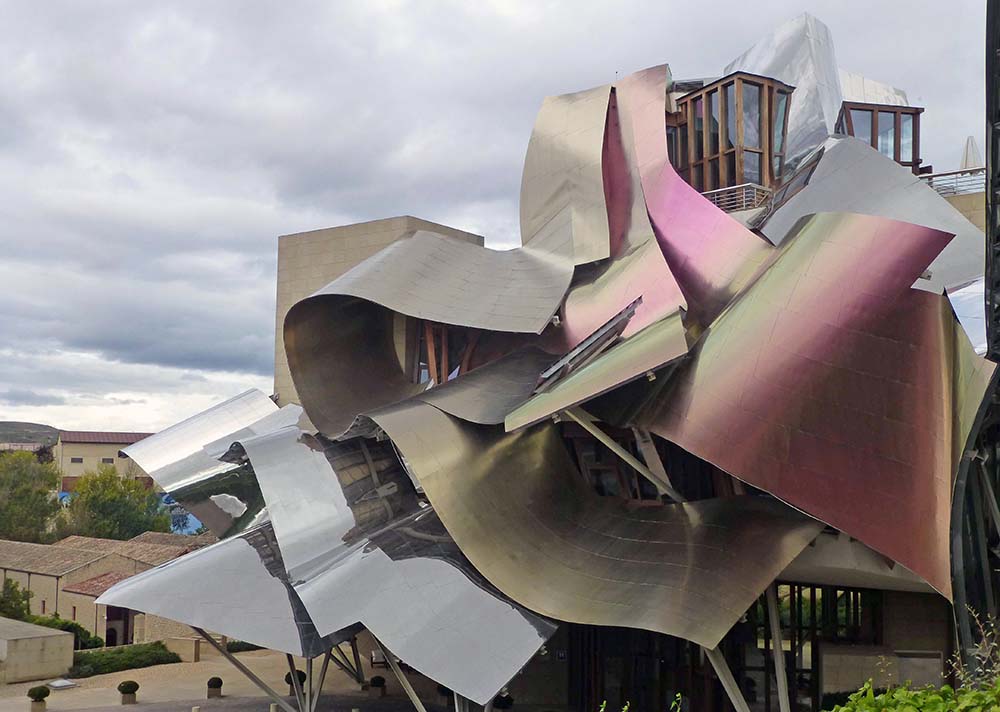